A Day on the River.

On Saturday, September 5th, I spent the day canoeing down the North Fork of Eagle River with my good friends, Sandy and Bart Quimby. The day was unseasonably warm for Alaska. It was a perfect day. 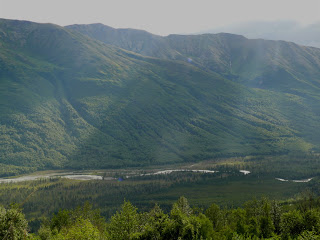 The Eagle River Valley at the base of the Chugach Mountains. There are homes on the side where I took this photo, all along this part of the river. Thankfully they are not on both sides of the river. I hope it always stays that way. 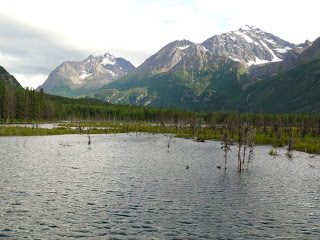 This is the view looking upriver from the Eagle River Nature Center, with Eagle Peak, and Polar Bear Peak, and it's hanging glacier in the distance. 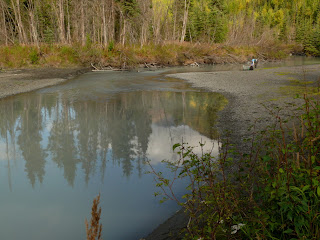 At the North Fork, canoes and rafts put into the water in this side slough. 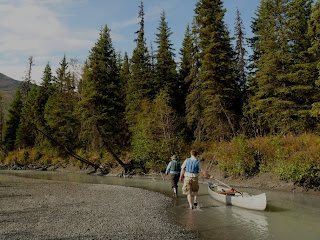 Parts of the slough are very shallow. Bart and Sandy did all the work on this trip. I just went along for the ride 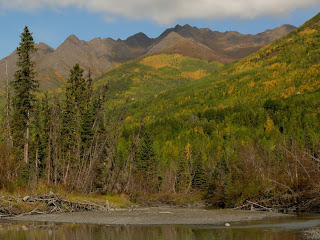 Fall colors are just starting on the hillsides. The leaves turn yellow up high, and work downhill. These hills are covered in snow most of the year. 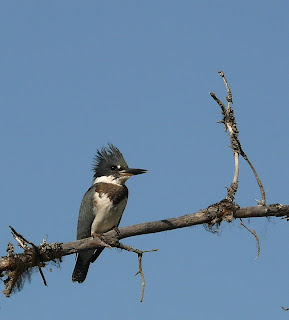 Most Belted Kingfishers are too wary to pose for a photo. All my previous photos of them were merely distant specks. I was delighted by how cooperative this kingfisher was. 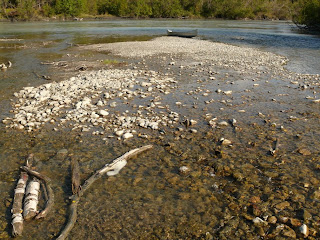 We stopped to rest at the confluence of the North, and South Forks of the river. 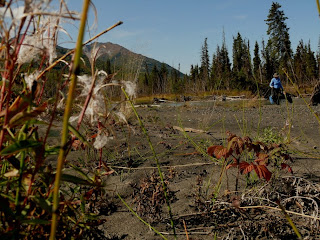 We had a nice lunch. Here Sandy pauses for a photo. 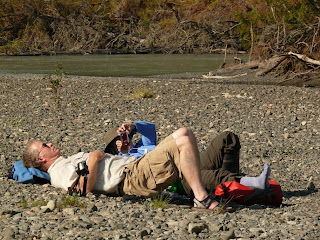 After lunch, it was nap time in the sunshine. 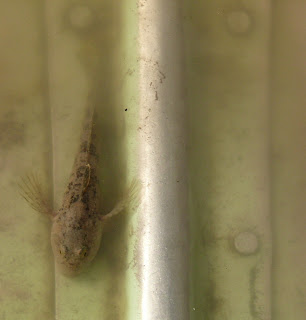 We had a leaky, aluminum canoe. Somehow this little Sculpin got into the bottom of the canoe. It got released back into the river several miles downstream. 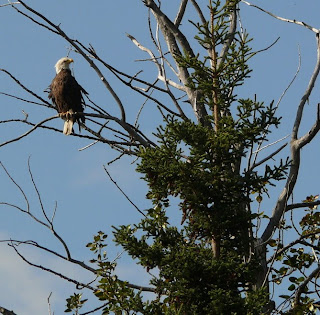 The river's namesake, a Bald Eagle. The first year I canoed the river, I neglected to bring a camera. I was in the front of the canoe, my nephew Danny and his wife were in the back and middle respectively. I saw a Bald Eagle perched on a sweeper about five feet ubove the river. I aimed the canoe directly at the eagle to see how close it would allow us to approach. We passed directly beneath it, and it never flew. We could have reached up to grab it, if we had been insane. 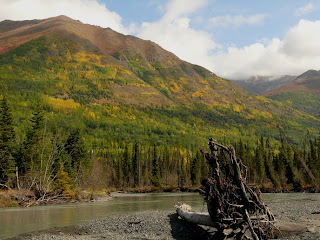 This is another view of our lunch stop. 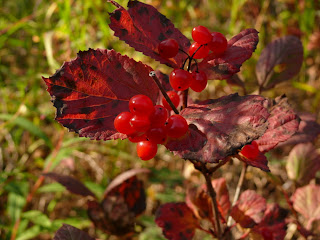 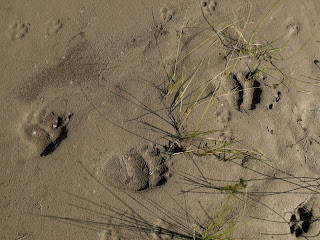 Thare's bears in them thare hills. We saw numerous bear tracks, along with other animals, all along the riverbanks. 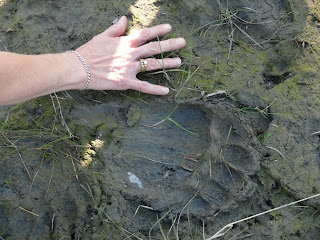 Sandy compares her hand to the bear's paw. 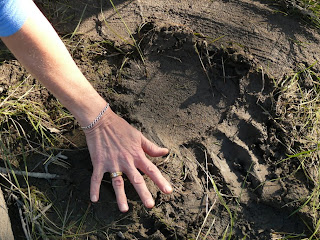 This was by far the biggest bear footprint I have ever come across. This is for real. Bigfoot has nothing on this bearpaw. 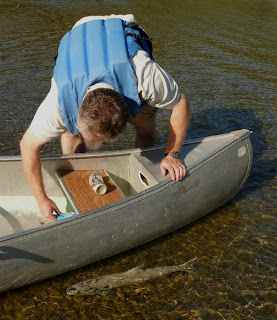 Bart checks out a spawned out salmon that swam up to the canoe upside down. 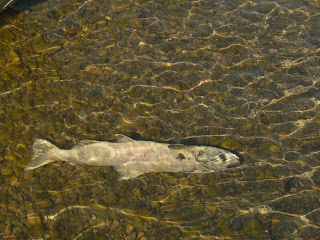 Still alive, but it's white as a ghost. These salmon are what draws the bears. It is incredible how you can find the wilderness right on the outskirts of town. There are some places where developers have built homes and condos much too close to the river. Many bears have been unjustly shot because the city father's failed to create a wildlife corridor along the entire length of the river. Thank goodness there is still a lot of good habitat along most of the river.

I finally got here! You've got a great site with gorgeous pictures--both paintings and photographs. I enjoyed the canoe trip tale. Sandy