Big Changes in a Week's Time 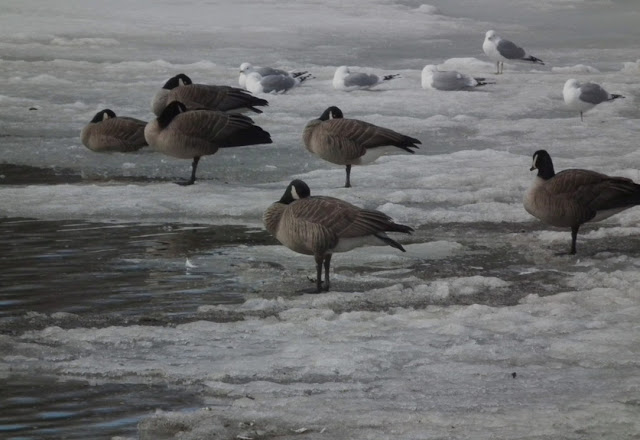 There are at least three sub-species of Lesser Canada Geese that show up in Anchorage. Some are very small with very short necks. Some also have white rings around the base of their necks. You can see the size differences between these resting geese.

Today, (Thursday) was the warmest day of the year so far, 57f. I went back to the same places that I went to last week. Stuff was melting rapidly. The photo above shows the rotting ice around Fish Creek. The ice turns dirty brown as it melts because dust and soot trapped in the snow and ice over the course of the Winter gets concentrated in the shrinking ice. It was still mostly white last week. 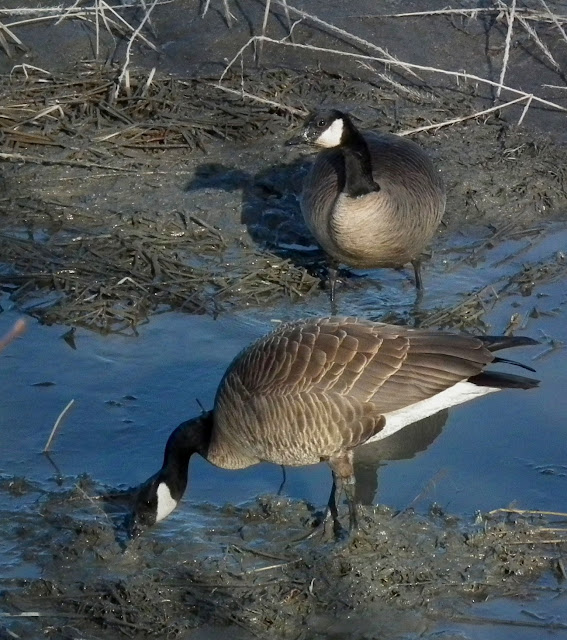 The snow and ice was gone from parts of the mud flats, and there were lots of geese feeding there. 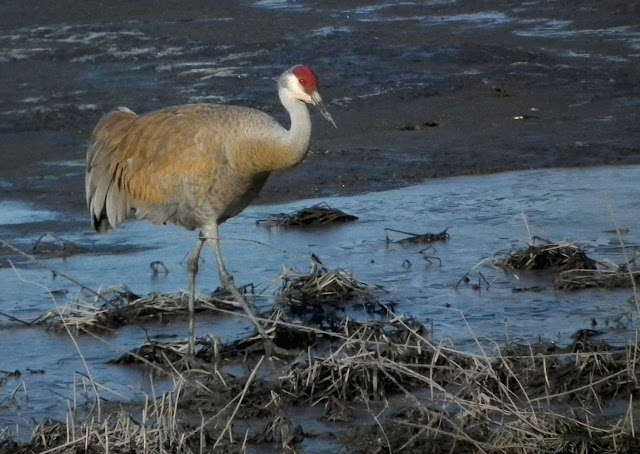 Amoung the new arrivals was a pair of Sandhill Cranes on the mud flats. They are one of the most highly anticipated species along the coastal trail. 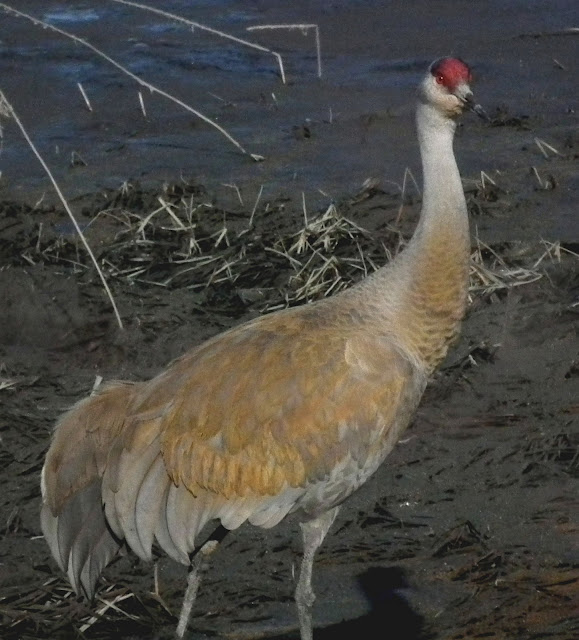 These cranes were in a different part of the mud flats than where I usually see them. They were close to the trail and in good light until some fools let their dogs run loose. I was not happy. This is a wildlife refuge where dogs are supposed to be on leashes. 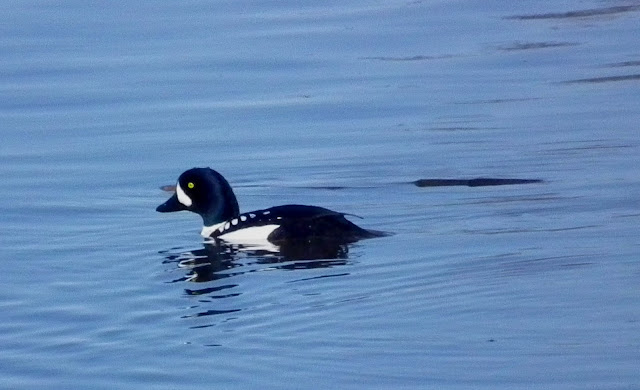 Meanwhile at Spenard Crossing, nearly all of the ice was gone. Along with the Common Goldeneyes, there were a few pairs of Barrow's Goldeneyes the male above. Shovelers and Buffleheads were other new arrivals. 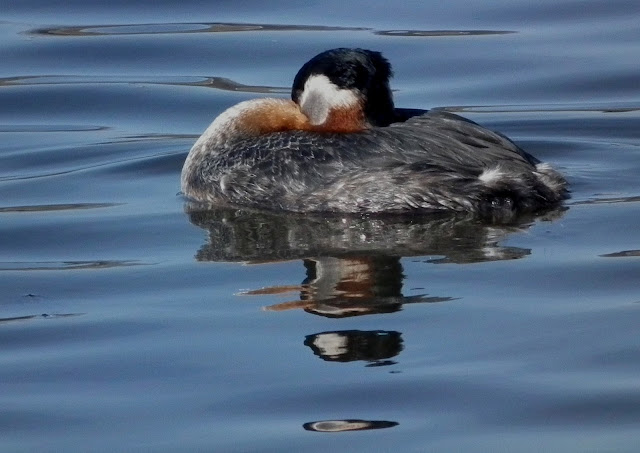 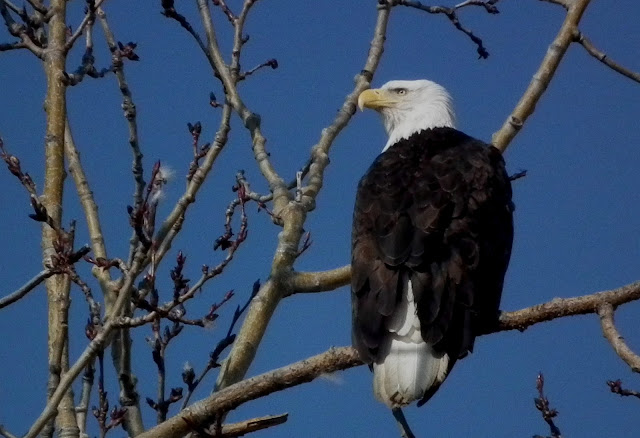 The Bald Eagle was back in it's customary tree near Westchester Lagoon. All is right with the world. 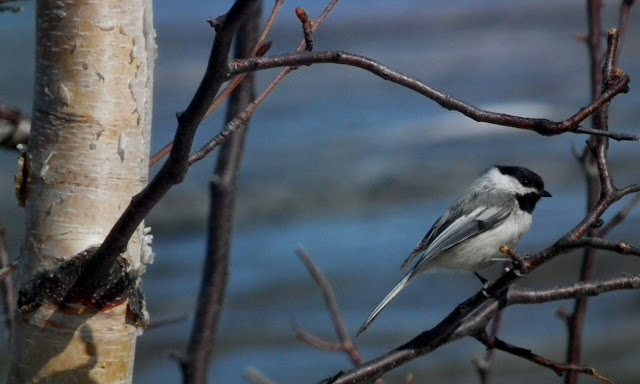 I usually ignore Black-capped Chickadees but migratory passerines have'nt arrived yet so there's not many small birds to photograph. 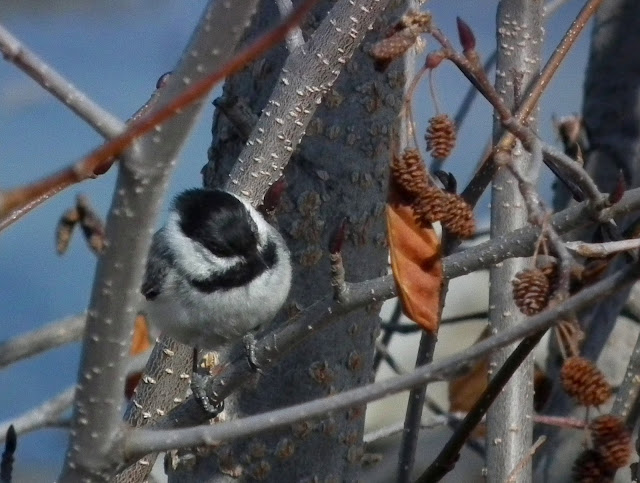 They are a bit challenging to photograph when they are not visiting a bird feeder. 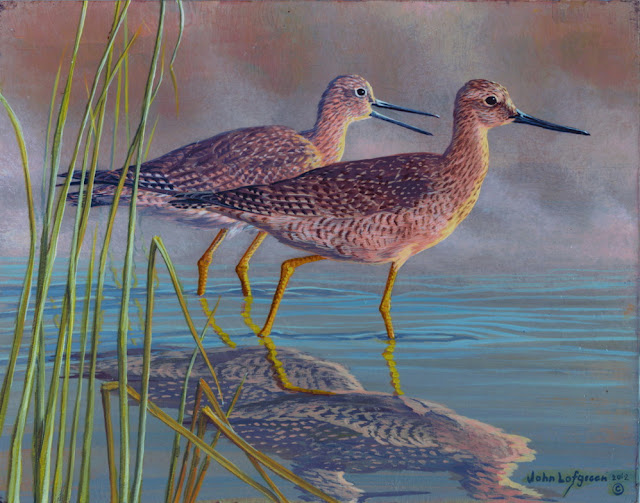 Greater Yellowlegs, 8x10". I first painted this in 1999. Over the years I sent it to two different art galleries and placed it in numerous art shows. It never sold. Darn it, this is a good painting and it does'nt deserve to be painted over.
A few days ago I added the grass in the foreground and updated  the year next to my signature.
The only shore birds I saw today were a few Greater Yellowlegs. The main push of shorebirds will be here in about another week. I can hardly wait.
Posted by john at 8:07 PM