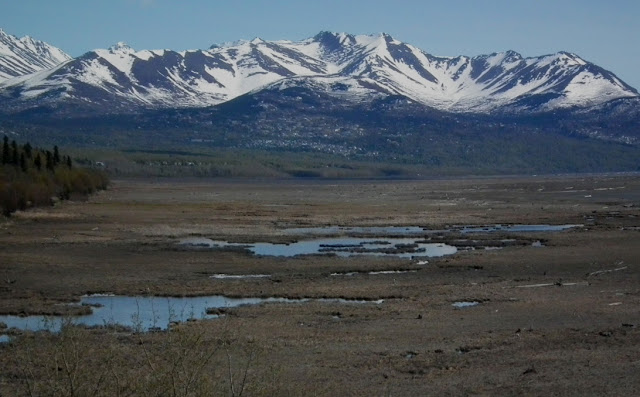 On Thursday I went to a place I had never been in south Anchorage called Carrs/gottstein Park with Betty and Aaron. Aaron Bowman is the field trip leader for Anchorage Audubon.
The photo above is the view from the bluff looking south. 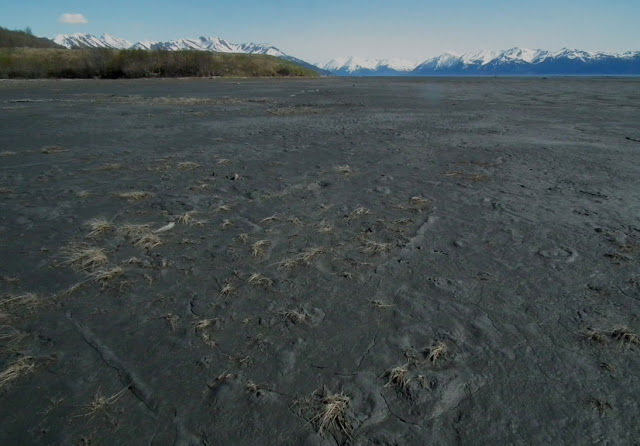 We descended from the bluff (on the left) down to the mud flats. The mud flats are much more stable here than they are along the coastal trail. You can barely see Turnagain Arm, (the water in the distance) on the right hand side of the above photo. 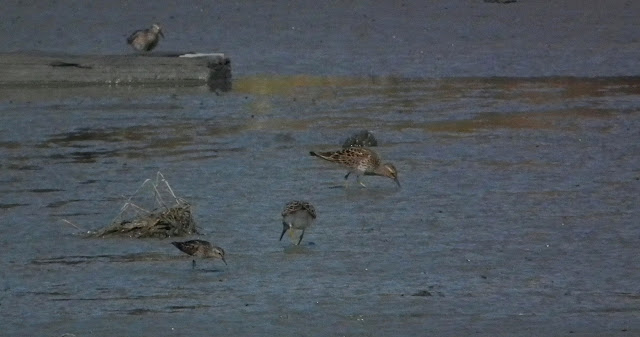 Our reason for coming here was to see some newly arrived shorebirds. There were Whimbrels (not in photo) and many Pectoral Sandpipers above. The little guy is a Least Sandpiper. We also saw lots of Bald Eagles, a Northern Harrier, (first of the year), Sandhill Cranes, widgeons, greenwings, mallards, C Geese, gulls, terns, magpies, ravens, and a Yellow-rumped Warbler. 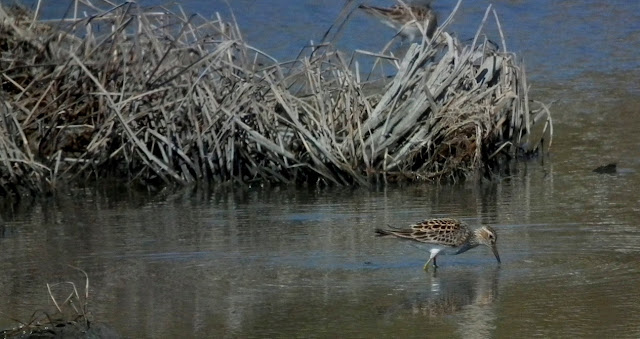 Pectoral Sandpipers can be very trusting, like many sandpipers, if you approach them slowly.

Pectoral Sandpipers look very similar to the more widespread Least Sandpiper, but Pectorals are about twice as big as a Least.  Pectorals also have a straight divide between their streaky breast and clean, white belly. 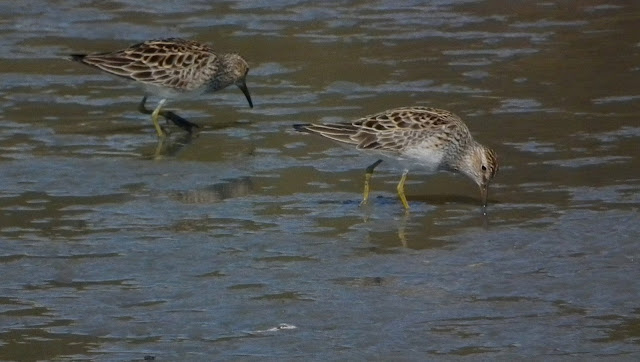 Hudsonian Godwits, Short-billed Dowitchers, and Lesser Yellowlegs stay all Summer to breed, but Pectoral Sandpipers show up, feed like crazy, and move on. They probably breed somewhere close by, but I'm not sure where. 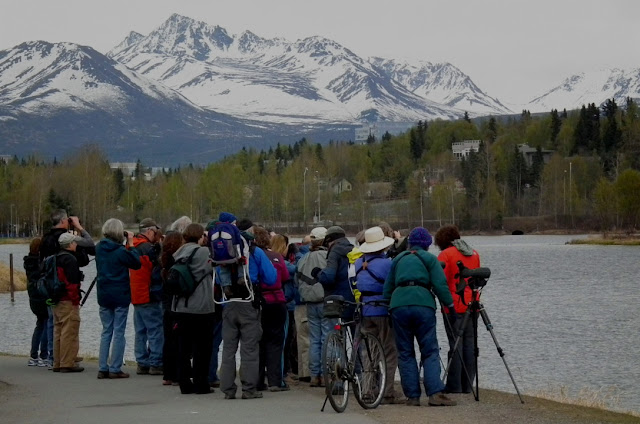 The second short field trip was this evening, (Saturday) at Westchester Lagoon. It was also led by Aaron. The weather was cool and windy, typical Alaska Summer. The trees are finally starting to green up.

The lake was dominated by Greater Scaup. There were a few Lesser Scaup, Mallards, Widgeons, Red-necked grebes, Canada Geese, and a few Buffleheads.  The usual Bald Eagles nesting across the lake.  Less than normal for this time of year. 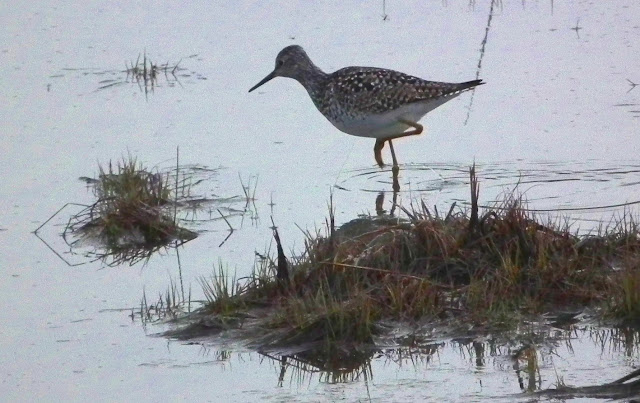 In the slough below the lake we saw some Lesser Yellowlegs, one Greater Yellowlegs, and a Pectoral Sandpiper. Along the coastal trail were many godwits, Whimbrels, one Wandering Tattler, lots of gulls and Arctic Terns. 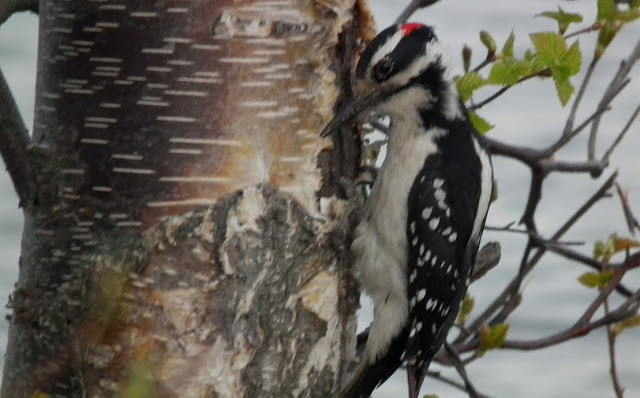 Passerines were Hairy Woodpecker, (above) Downy Woodpecker, Starlings, Magpies, Chickadees, and a Yellow-rumped Warbler. Not much to speak of, but typical.
Posted by john at 1:13 AM

John!, is secure walking for this mudflats?,or only you stay on the border of these flats.Must be an interesting place for look these birds.

Marc,
The mudflats are dangerous, and people die every year walking on them. Some parts of it are more stable than others, and the mudflats below South Anchorage are more safe than other parts of it.
There is a lot of wildlife on the mudflats, besides many birds, sometimes foxes, wolves, and even bears are seen.
We walked across the middle of the flats, but far from the water.

Ah!,when one walking near the wather is where the mudflats are more thiner and unstable logically, the more far of wather more compact and solid must be, i imagine.But these mudflats it find in the ribers and estuaries,and must be contain severeral coats of mud weteween wather of several meters of thick. But its there also in the coast and beaches John?.