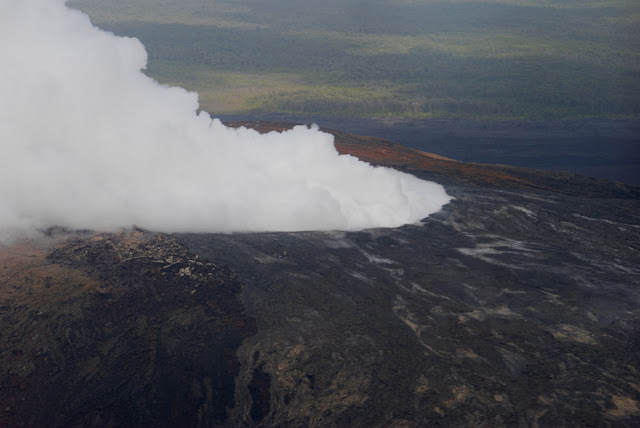 Mauna Loa volcano on the big island of Hawaii is the home of the fire god, Pele. Volcanos gave birth to the Hawaiian Island chain, and the most active volcanos are on the youngest island of the chain, Hawaii. 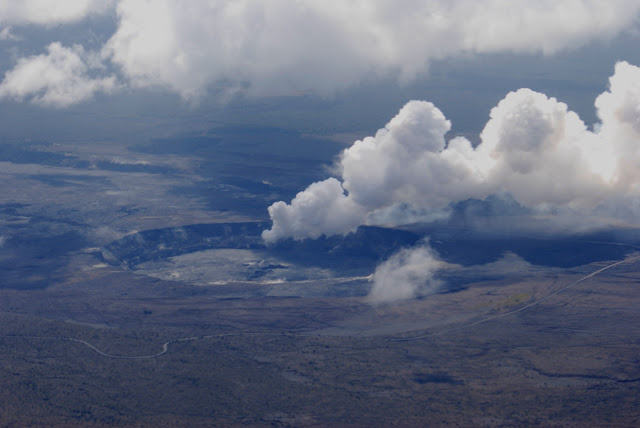 Dan Holayter provided photos for two of my recent posts, Prince William Sound, and Northern Arizona. He and his family also own a house on the big island of Hawaii. These aerial shots of Volcanos National Park, and the other Hawaii photos were all shot by Dan. 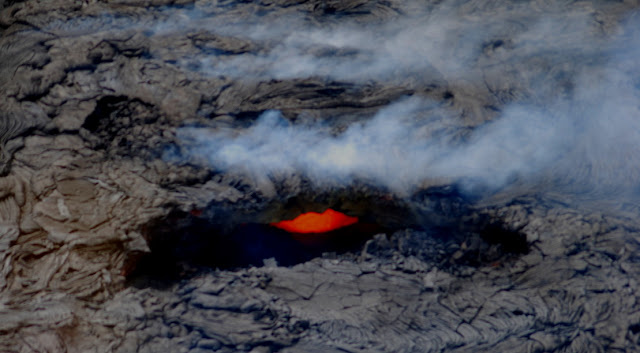 Could this be Pele's fearsome eye? 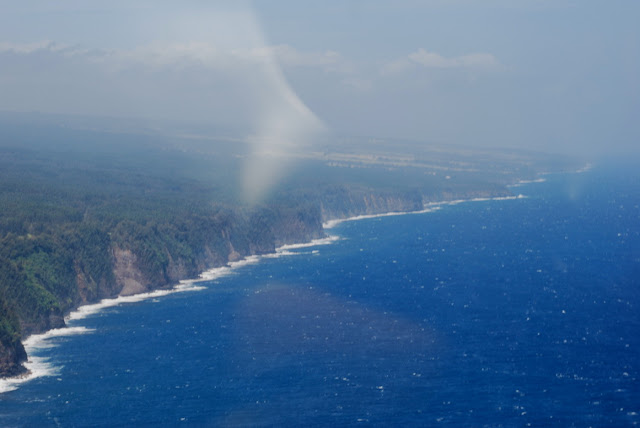 All of this coastline was once flowing lava. Now it is covered by lush tropical vegetation. 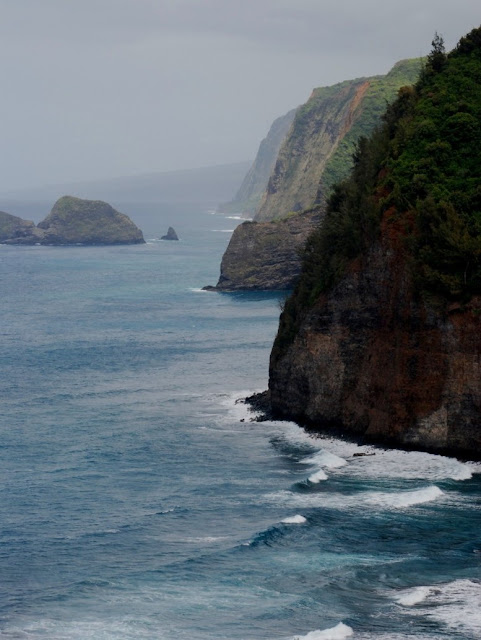 Flying over the dramatic coastline provides views of some breathtaking scenery. 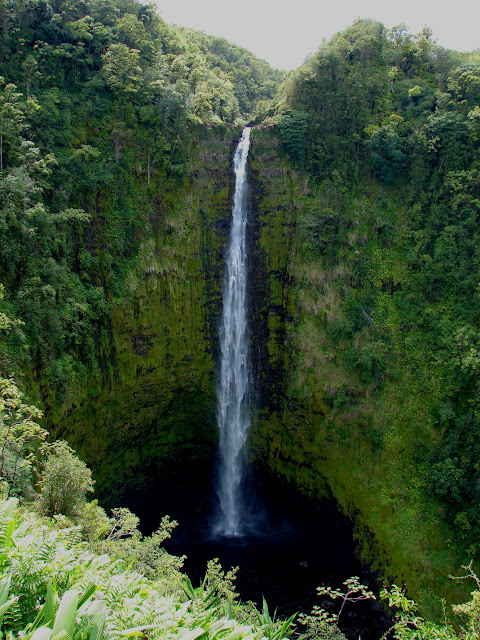 Some of the most breathtaking sights are the many waterfalls. Imagine swimming in this pool. I wonder if anyone ever does it? 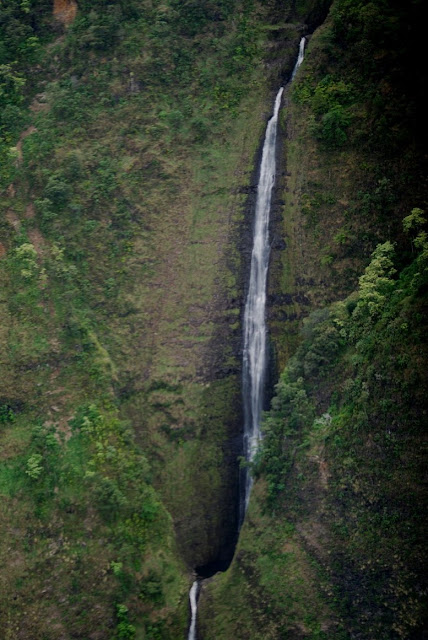 Dan provided me with many awe inspiring photos of waterfalls. It was hard to winnow them down to just a few representative photos. 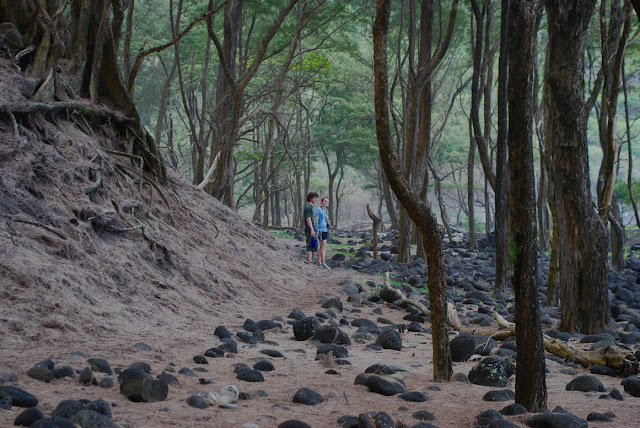 Dan's son Danny and his girlfriend whose name I do not recall. Danny cut his hair and no longer has that particular girlfriend since this photo was taken. 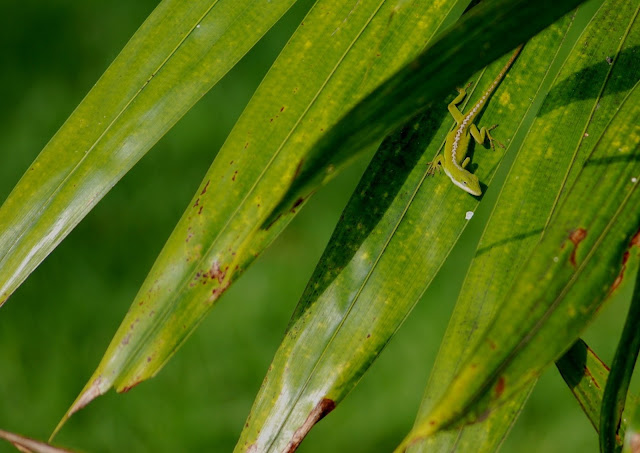 Most of Hawaii's wildlife are species that have been introduced within the last century. There were no reptiles, nor mammals before the arrival of humans. The original Polynesians introduced rats and Hawaii's only snake, a tiny worm snake commonly referred to as a Pot Snake. This is a Green Anole that naturally occurs in the Southeastern United States. 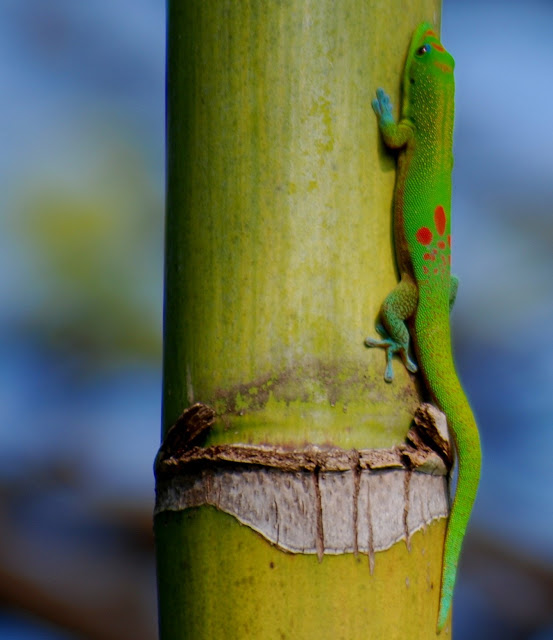 An even more attractive lizard, a Madagascan Day Gecko. 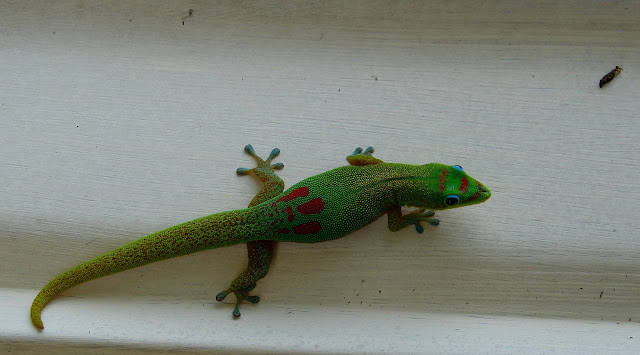 Another Day Gecko. I believe that these are Gold Dust Day Geckos. Hawaii also has House Geckos, Jackson's Chameleons, and a number of other introduced herps. 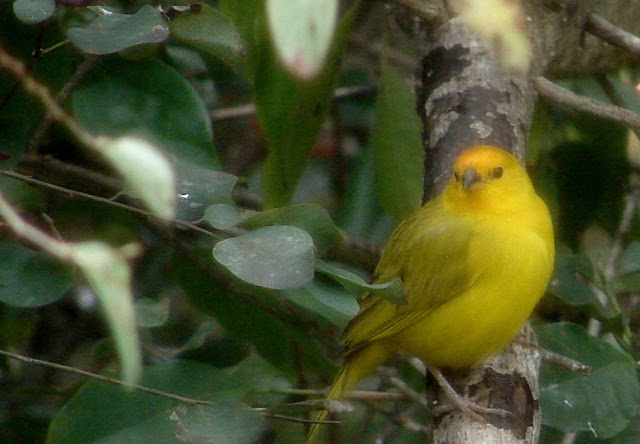 Almost all of the birds that are seen in Hawaii are introduced species like this Saffron Finch, originally from South America. Because of Avian Malaria and competition from introduced birds, almost all of the original species are either extinct, or only occur above about 4000 ft in elevation. Most tourists never see a native Hawaiian bird when they visit the islands.
There is more to come from beautiful Hawaii.

Love the new banner and Hawaii. As a youth we took the USS Leftwich to the Big Island and camped at the park on the rim. We explored lava tubes, hiked the crater, robbed Pele of money and Liquor (my friends not me). I often wonder what exactly Hawaii is since few things Hawaiian are. We used to catch blind snakes under our patio amongst the cockroaches. I always thought the gecko eggs which looked exactly like 1cm chicken eggs cemented to walls and such were neat. Anyway, thanks for the post and the new header!

Camping alongside an active volcano sounds like a grand adventure. I walked up to some lava flows in Costa Rica. A few days later, a tourist was killed by flying lava bombs at the same place.