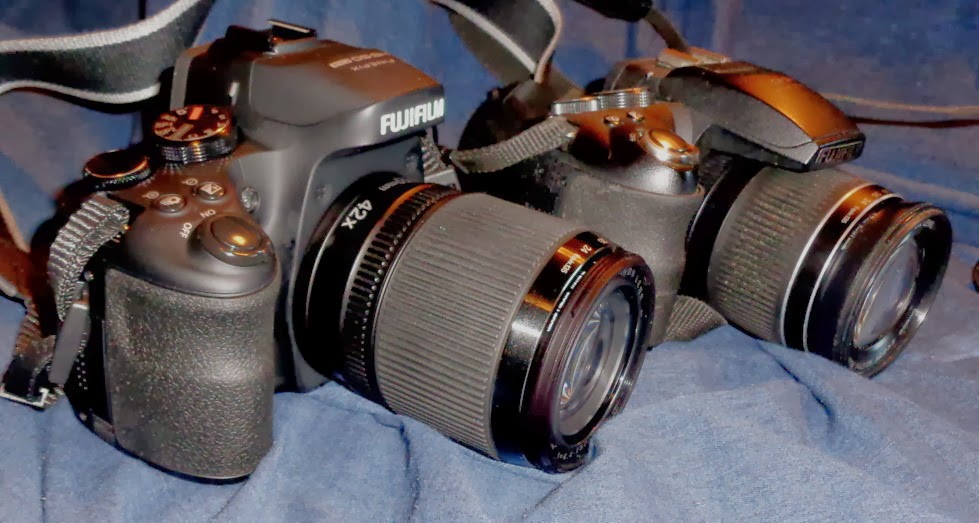 It all started something like this; I just finished booking my big Summer adventure,( I'll tell you what that is when I get back in July) when a treacherous thought entered my brain. It seemed like such an innocent thought at first; "Would'nt it be nice if I had a great new camera to bring along?".
So I went online to read reviews of the latest new cameras. "Just browsing" I lied to myself'. There was one quote by a supposedly objective camera reviewer who wrote,"This is the last camera that you will ever want or need". What camera is that? The Fujifilm, HS50 EXR.
My main camera has been the Fujifilm, HS10. See the comparison between the HS10,(rear camera), and the HS50, (front) in the photo above. I was mostly pretty happy with the HS10, just not quite enough megapixels for a manly man like me. 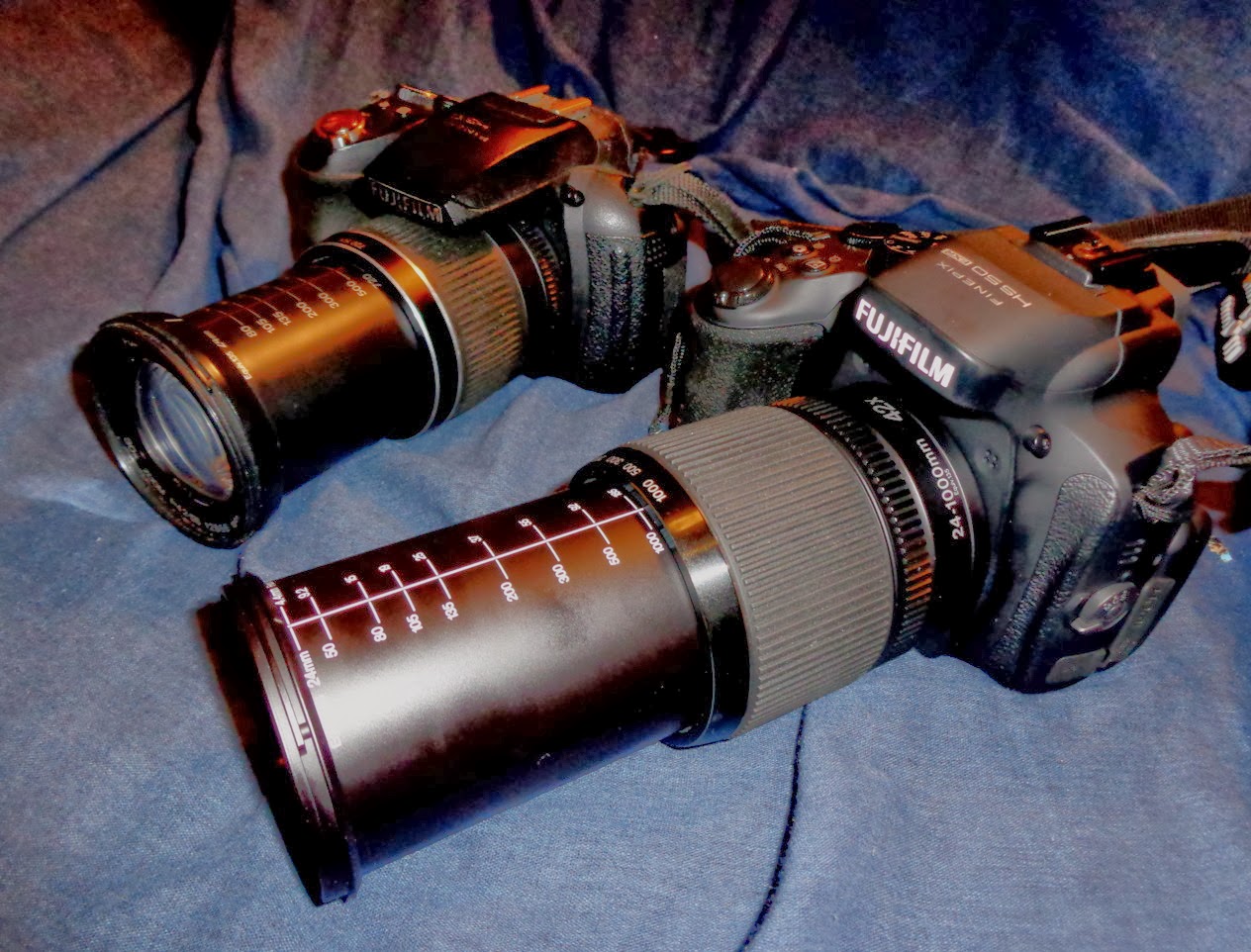 The two HS cameras, showing their manly parts, er I mean zoom lenses. The HS50 is the front camera. 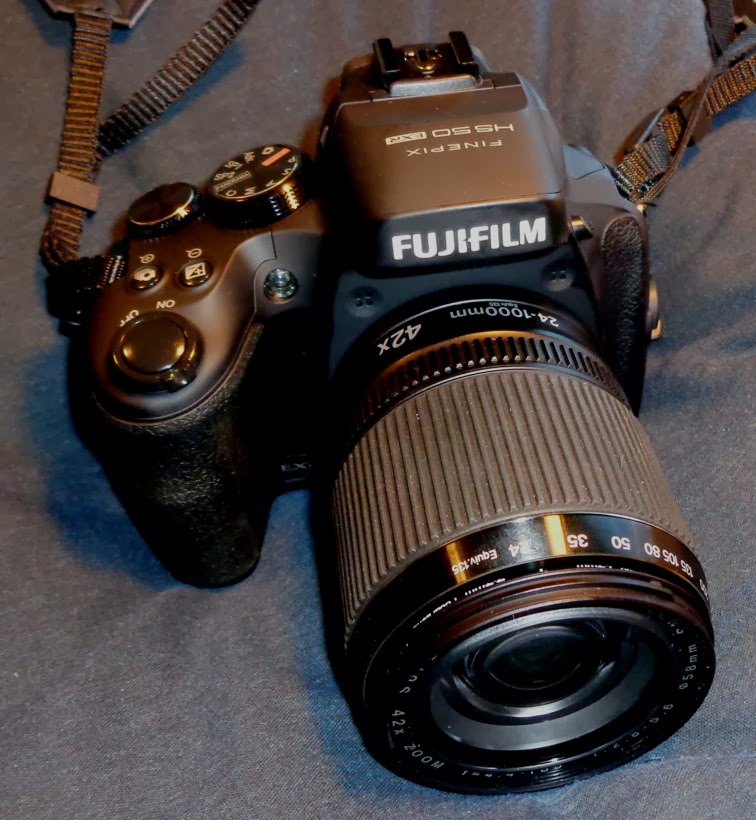 What is the difference between the HS10 and the HS50 EXR? The HS10 features 10 megapixels with an optical zoom of 30x, (24-720mm). The HS50 features 16 megapixels and an optical zoom of 42x, (24-1000mm).
It also features many new bells and whistles which mostly equate to a bunch of gimmicks in my opinion. Some are more useful than others.
There are other superzoom cameras that have bigger zooms, up to 70x, but most of them lack manual focus or manual zoom. These features are essential in my opinion. The Fuji HS cameras do have them. The HS50 is considered to be a bridge camera, whatever that is.
So why is Amazon.com evil? Because they made it so easy for me to get the new camera for less than I paid for the HS10. They gave me free shipping in about three days.  I have to admit that this was an impulse buy on my part.
It is a heavier, sturdier camera, much faster to focus than the HS10. It seems to be lightning fast to me. 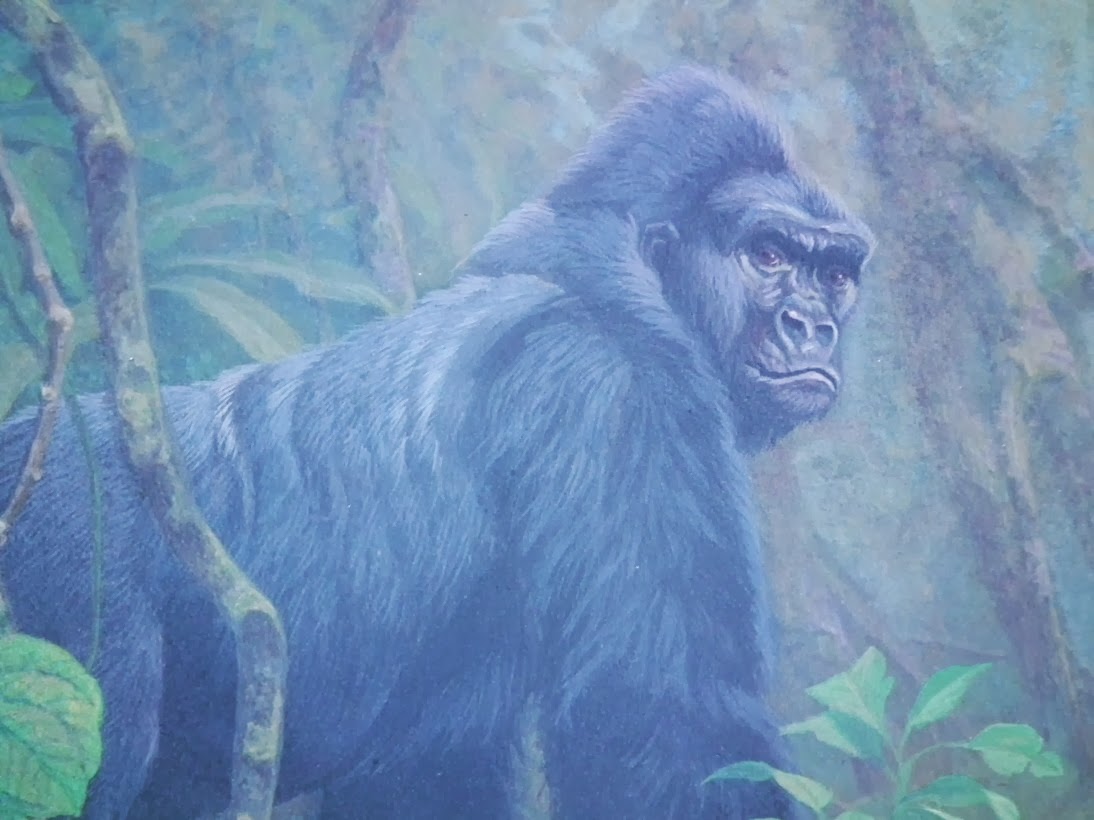 This morning I made a few comparisons of the performance between the two cameras. These are all un-retouched and un-cropped photos. I used many different photo modes with both cameras and posted the photos that looked the best from each camera.
The gorilla above is part of an 8x10" painting, photographed from about 8' away at full zoom. This is the HS10 at 30x. The original size of the photo was 4562 kb. 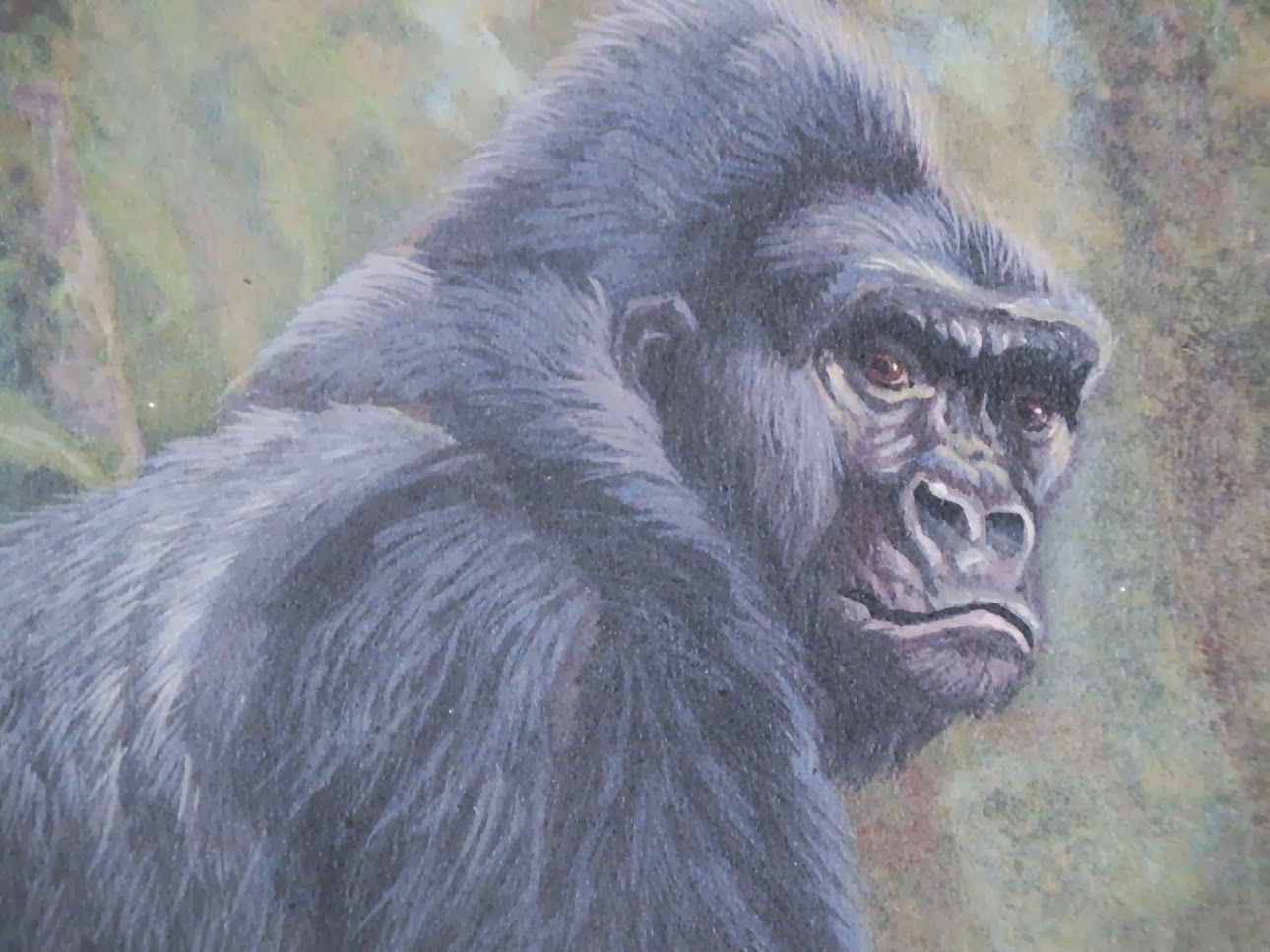 The same painting using the HS50 EXR. Depending upon which mode I used, the original size fluctuated between 2942, and 6588 kb. 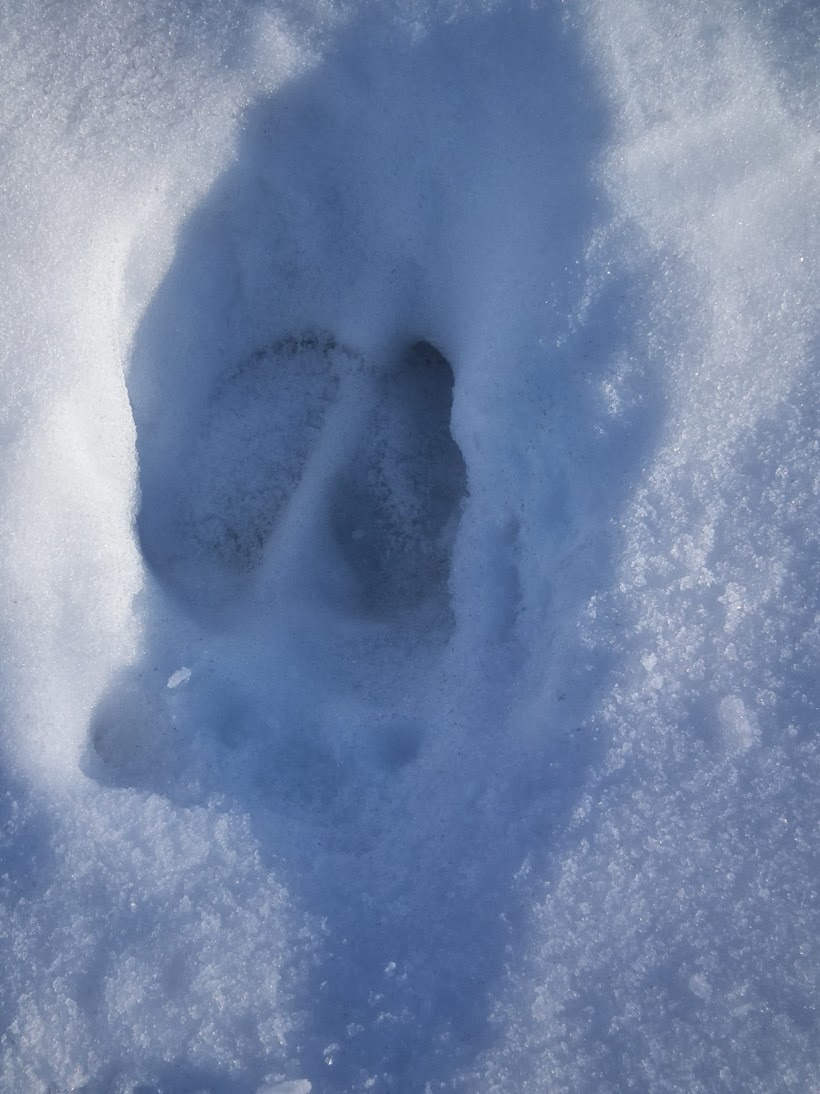 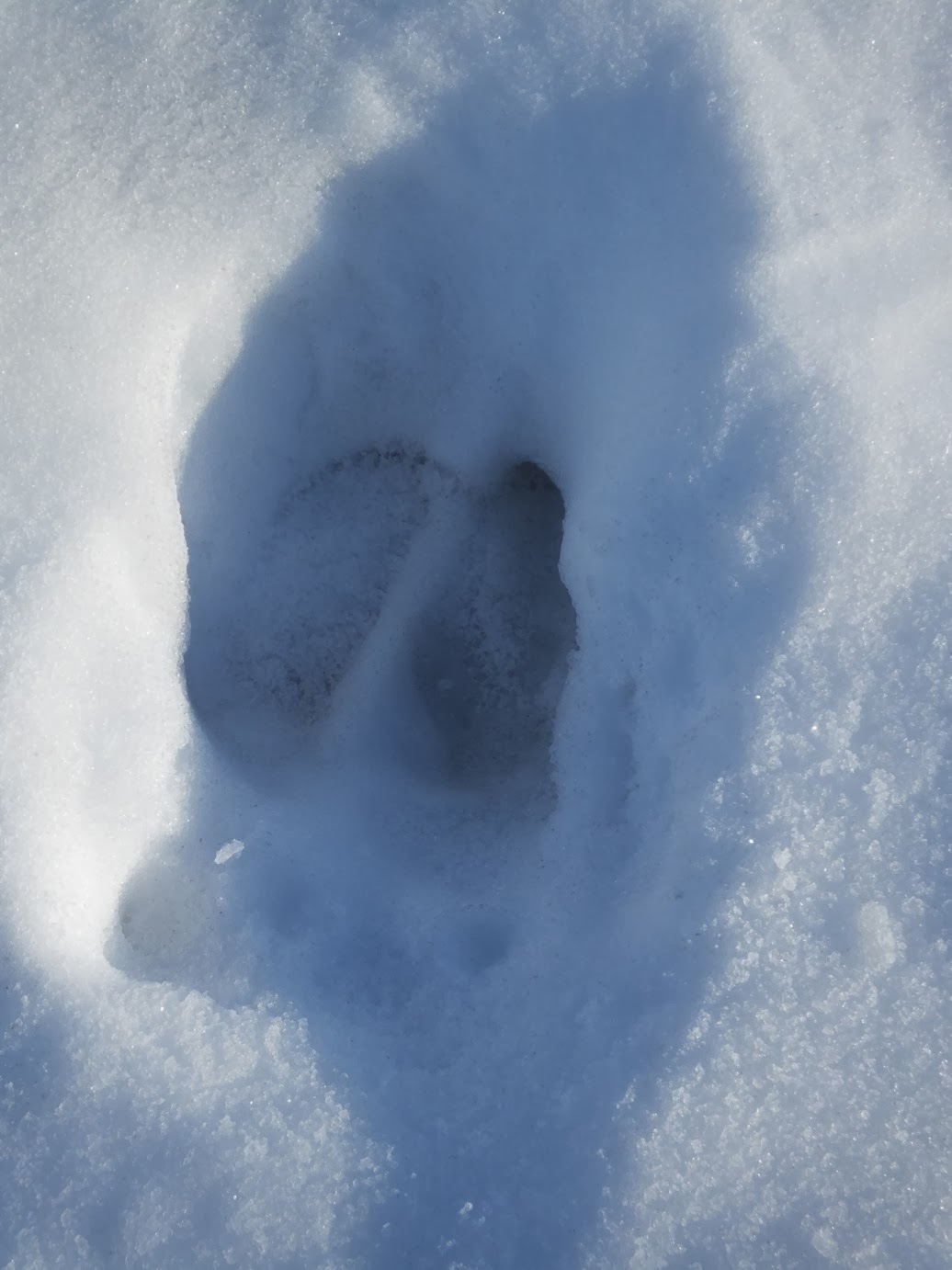 The HS50. Pretty much the same. After I put away my cameras and went to buy groceries, I saw a huge Moose. It was browsing in someone's front yard. There was a bus stop with several people waiting for the bus only about twenty feet away. It would have been a quintessential Alaska photo. 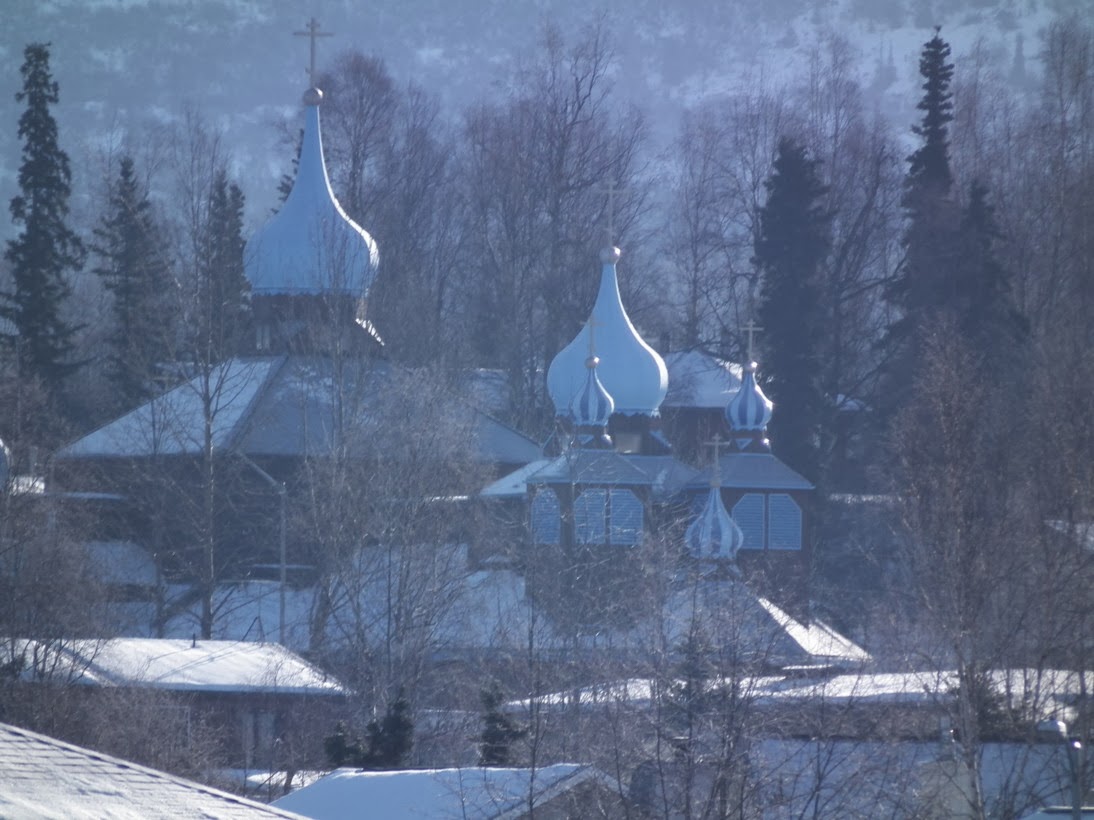 A distant shot of the Orthodox church from across the field next door using the HS10 at full zoom. 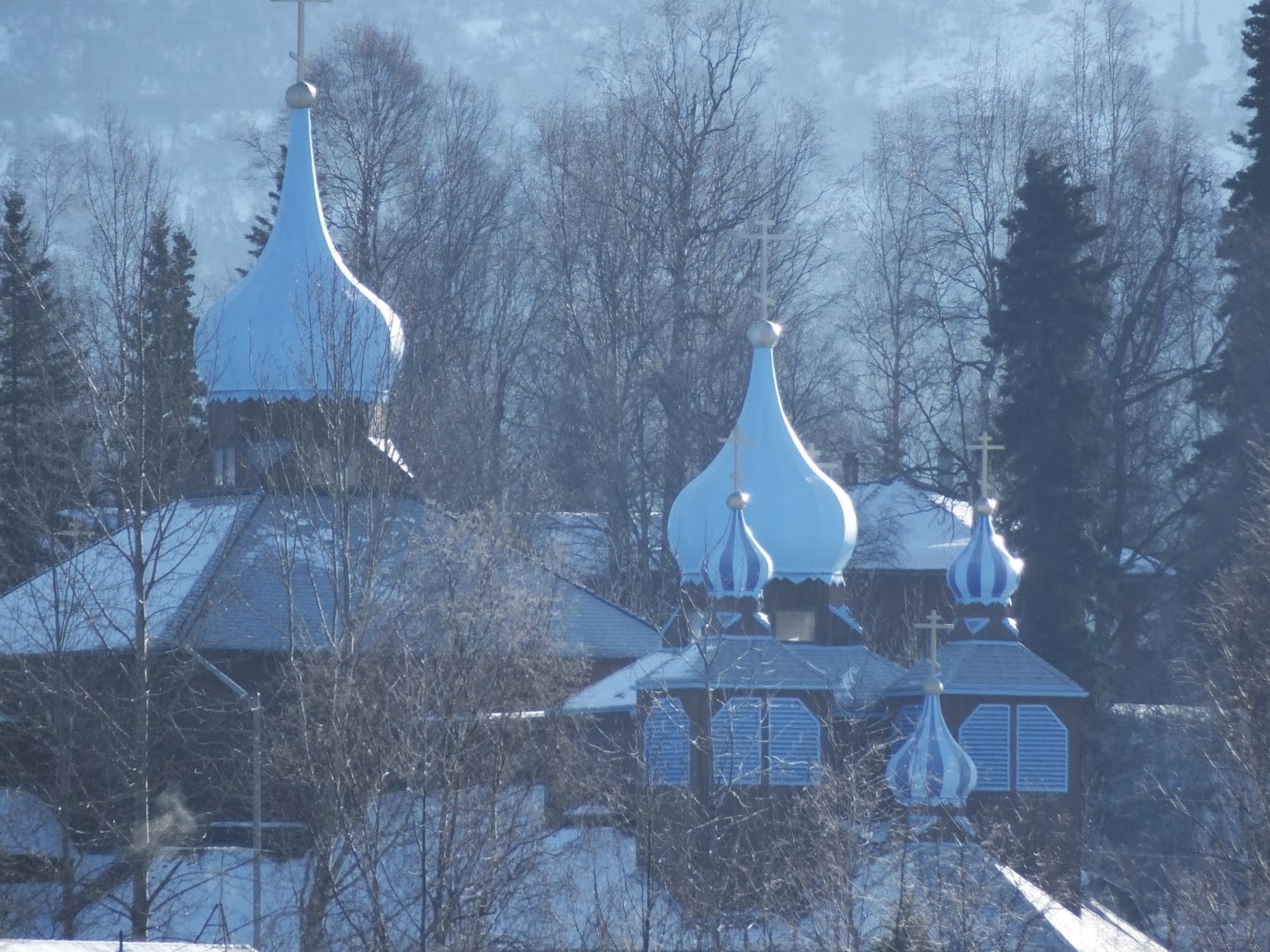 The same shot with the HS50. 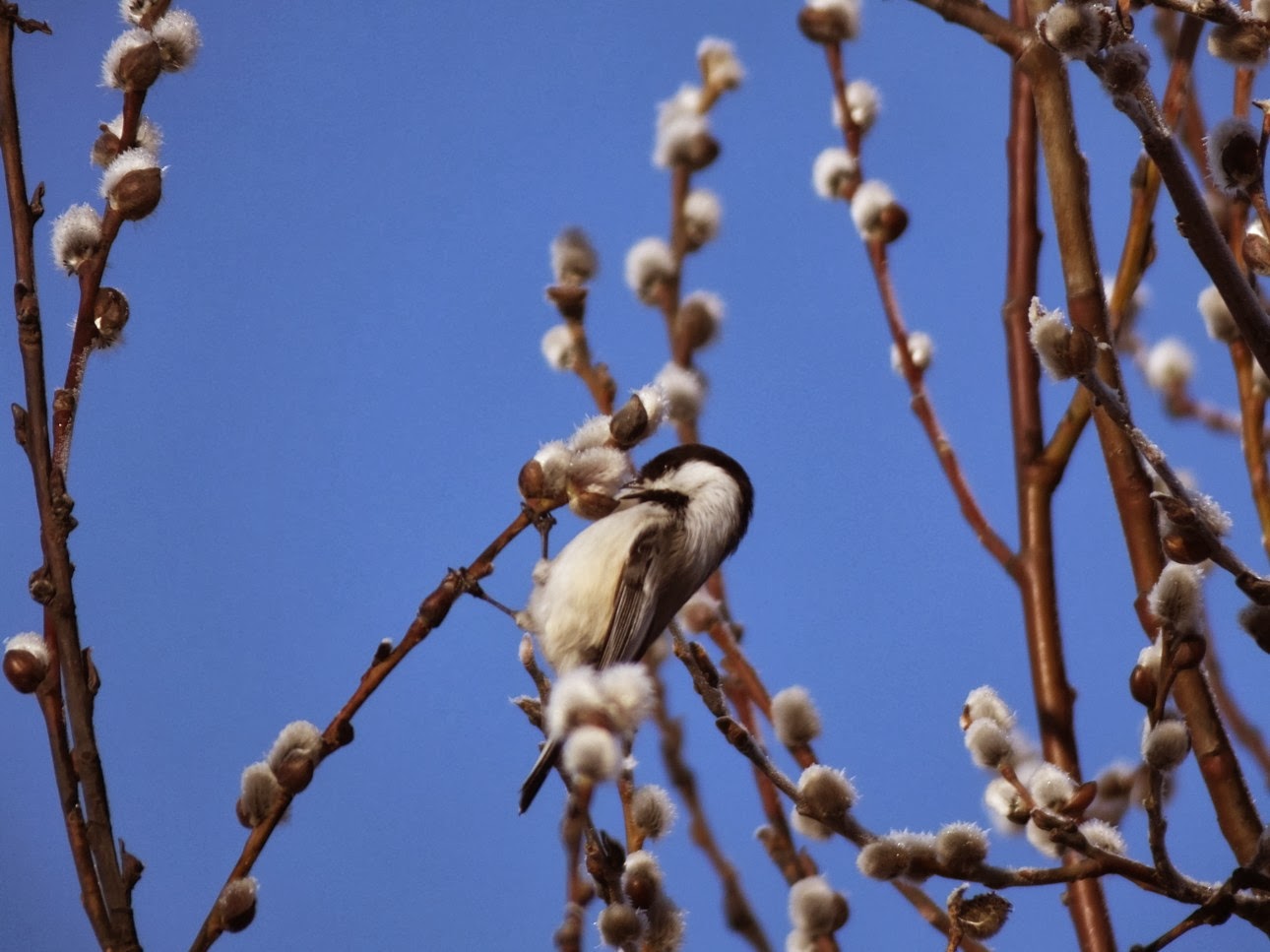 A chickadee shot with the HS50 from 30 or 40ft away. It would not sit still. Not a great photo but I would not have even tried to get this marginal photo with the HS10. The appearance of willow catkins are the first hopeful signs of an impending Spring. Yippee!
I think that the good ol HS10 is going to be put out to pasture. I still need to do a lot of testing with the HS50 to see which of the many different camera modes will be the most useful. It is a very sophisticated camera. I like it.
Posted by john at 7:07 PM

Always instructive to look at other people's past cameras… I think the old models made us work harder creatively that the current ones.

I had a Practica Super TL when I was a student…from about 1975. Heavy camera, nice lens.