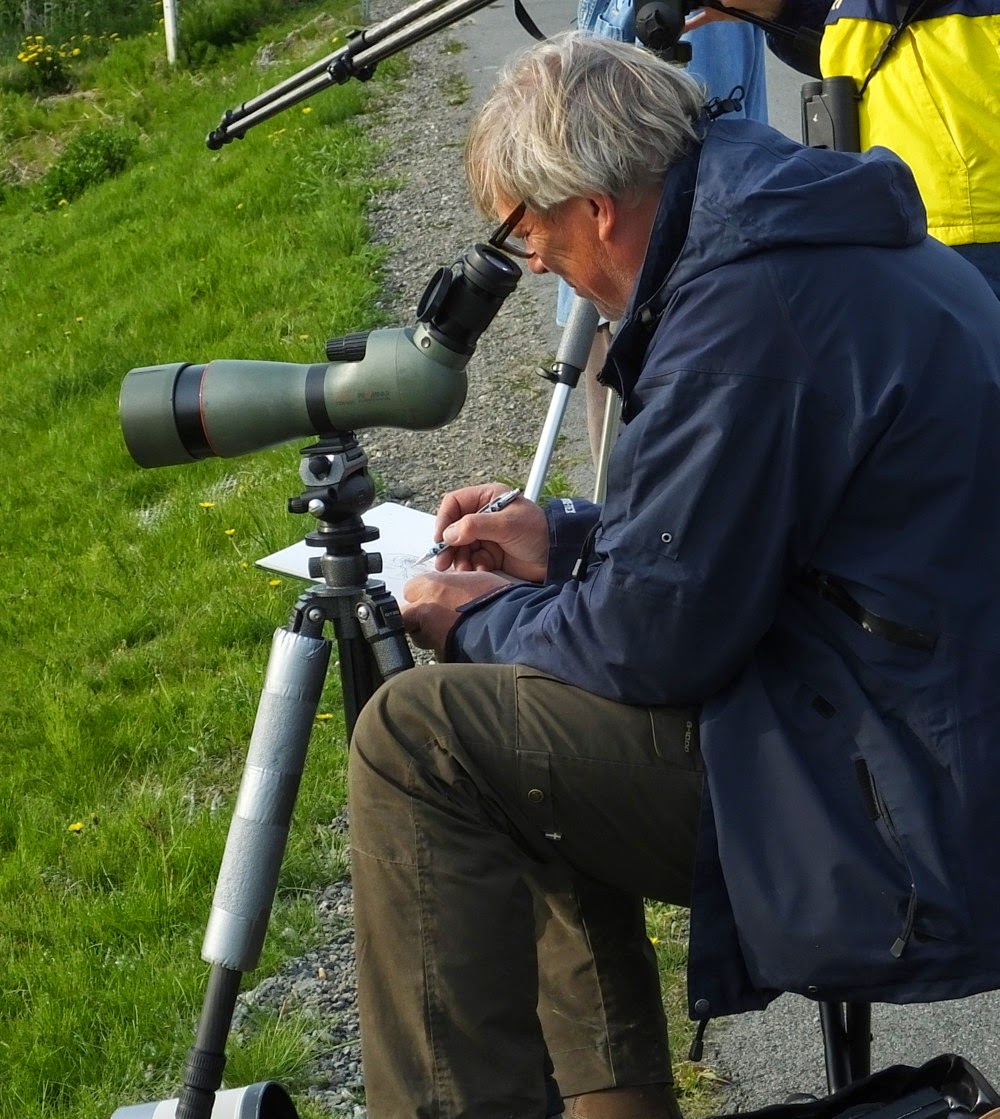 A few weeks ago I was on the coastal trail with Chris and Betty looking for a Red Knot that had been reported. Another birder told us that Lars Jonsson was sketching a Short-billed Dowitcher at the slough next to Westchester Lagoon. Both Chris and Betty knew who Lars Jonsson was, but he was not one of their heroes like he is one of my heroes. I have admired his artwork for many years.
I was very impatient to get over there before he left. 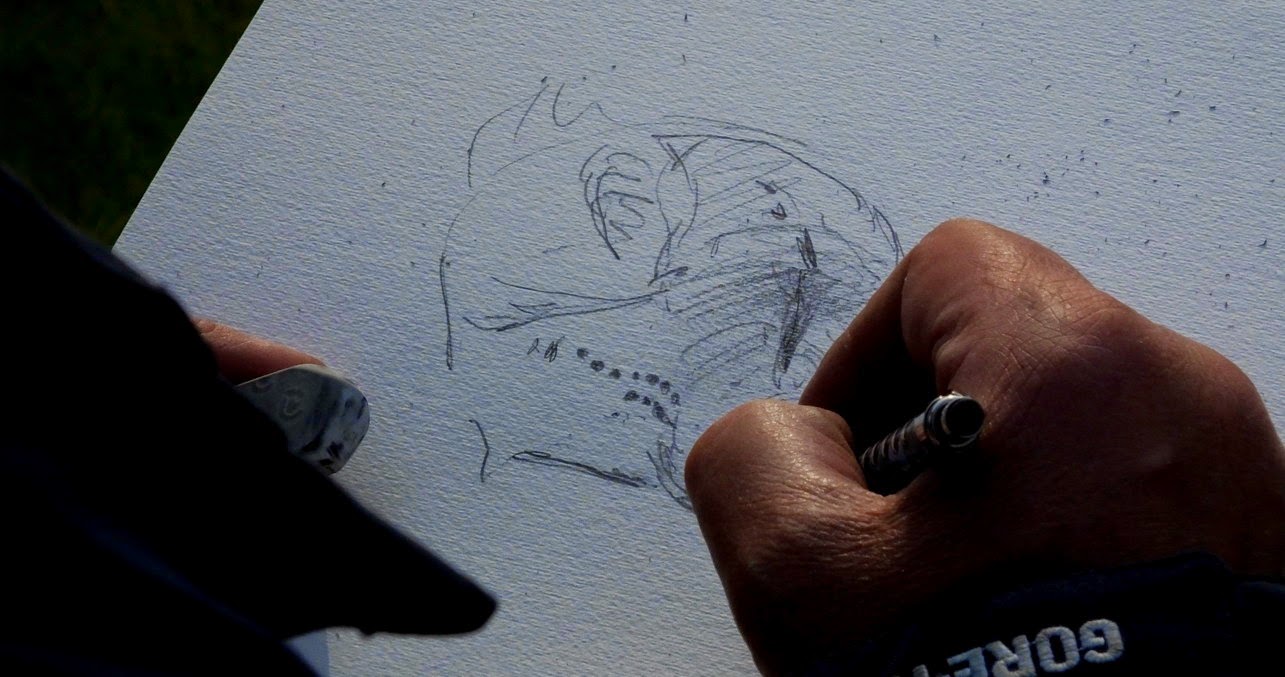 Lars Jonsson is a very well respected Wildlife Artist from Sweden. He is greatly admired in the wildlife art world for his talent at sketching and painting, (watercolors) birds from life. He has illustrated bird guides and many magazine articles etc. He is most famous for his superb book, 'Paintings From a Near Horizon'.
There he was sketching a bird right in front of me. I was thrilled. 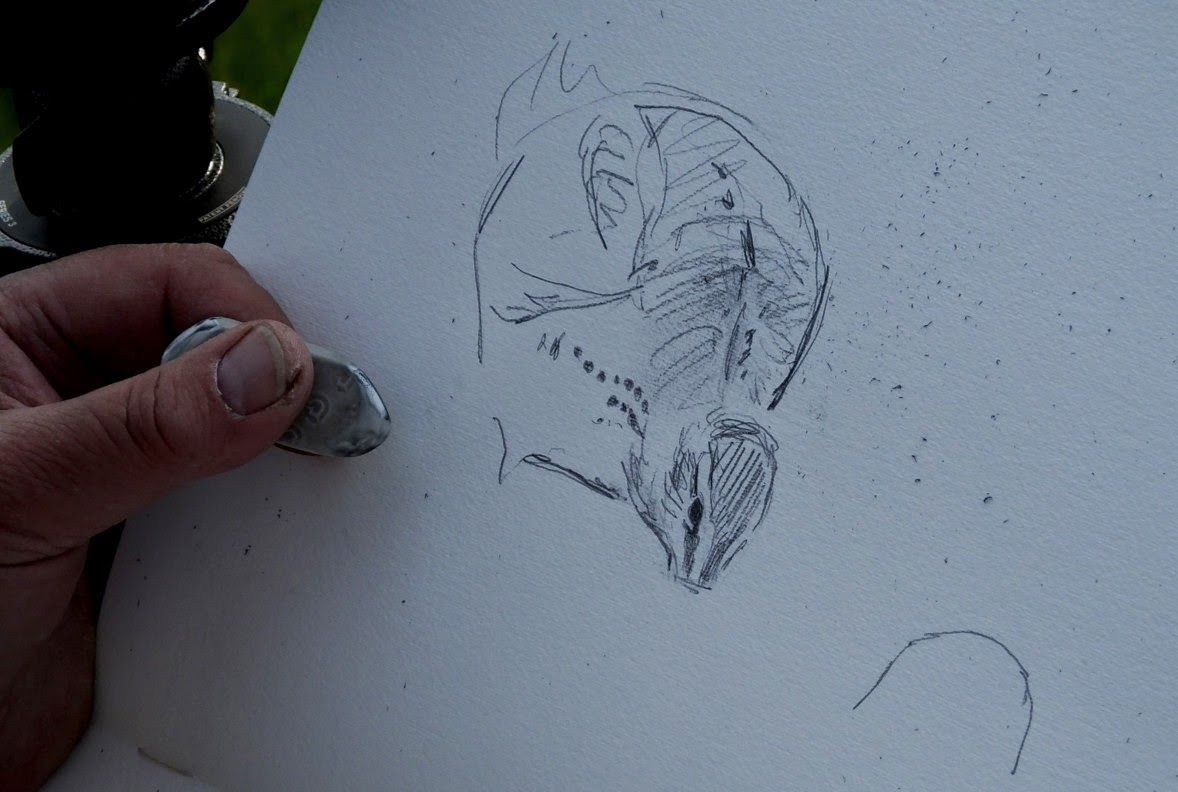 I have sketched wildlife and scenery from life before but it is not my usual method of working. It was so fascinating to watch one of the best at work. 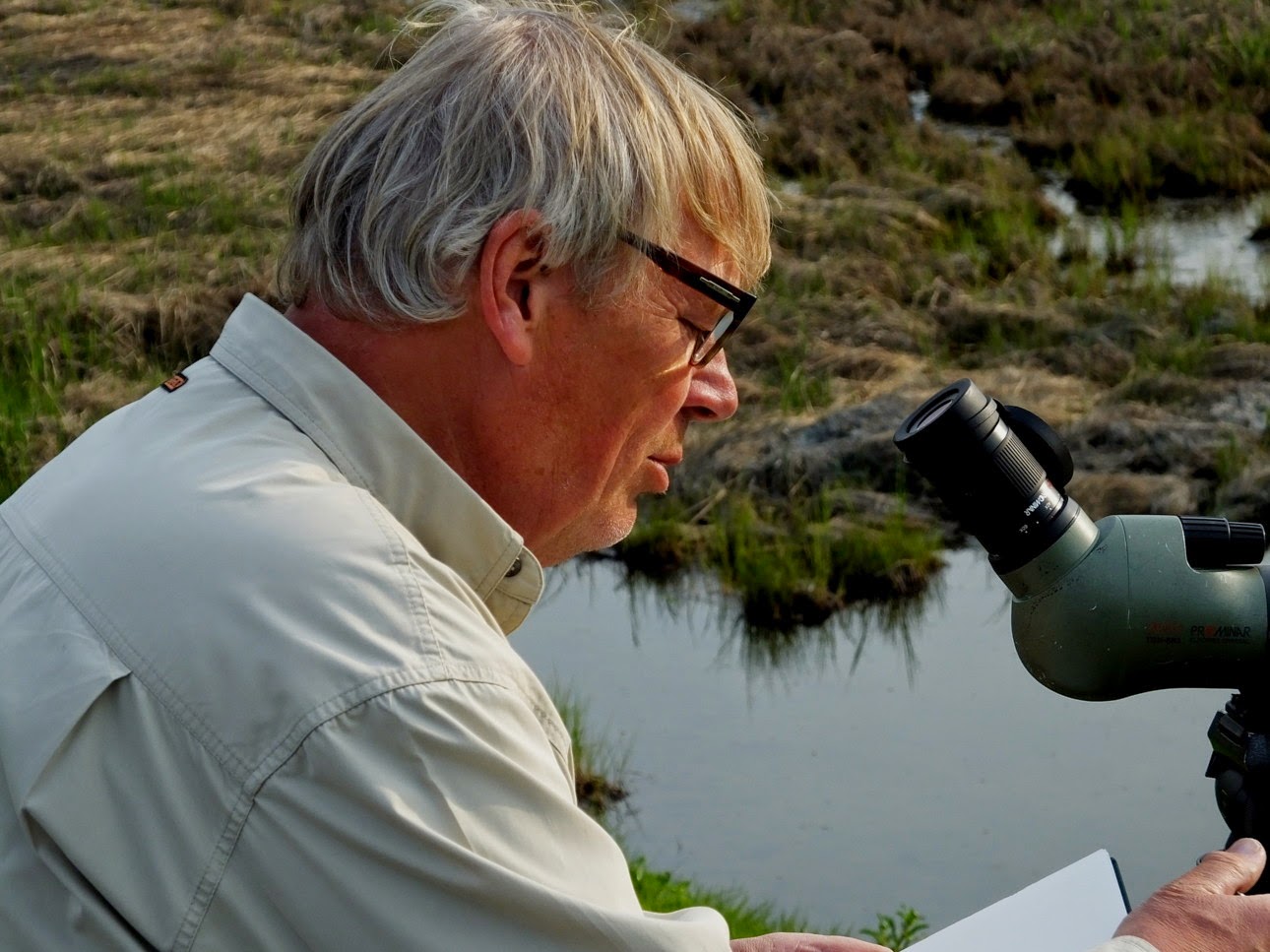 He was very methodical, observing the bird in the spotting scope for 10 or 20 seconds, then sketching for a similar amount of time. He was willing to chat with us while he worked. 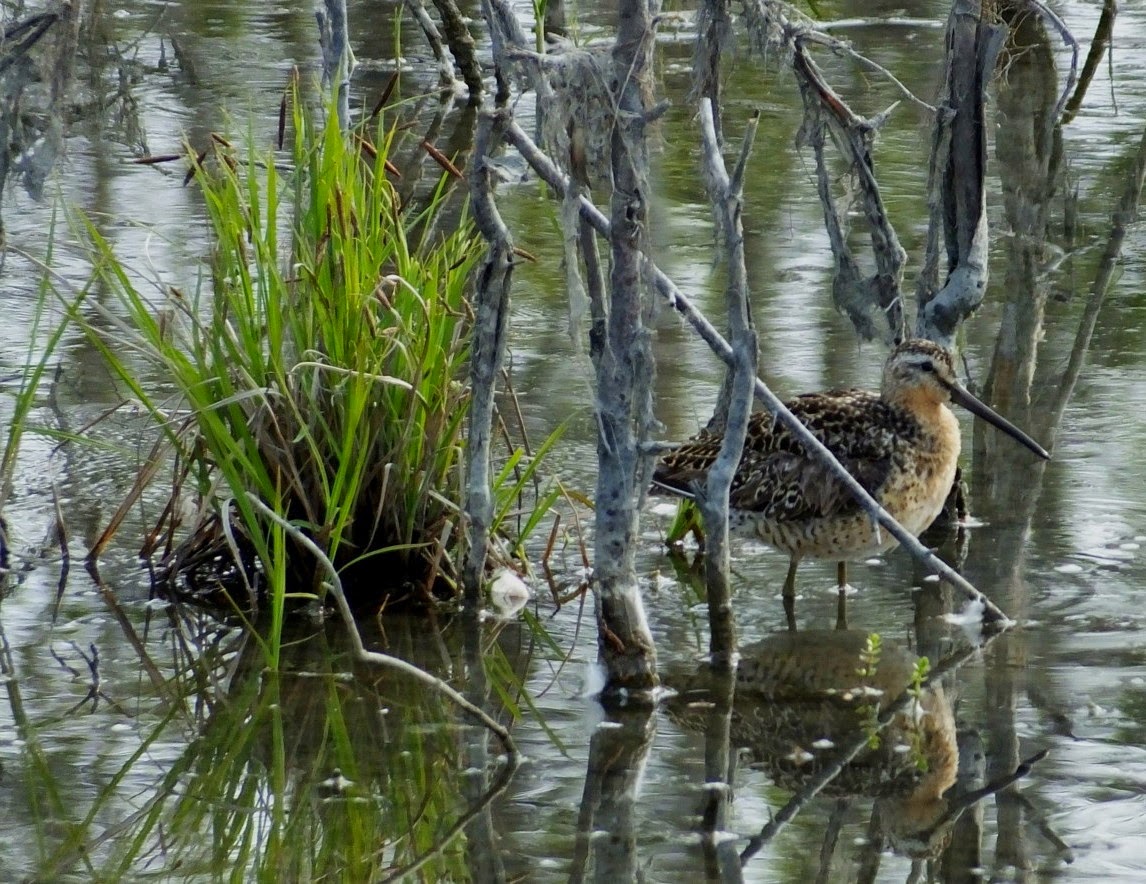 The Short-billed Dowitcher that was the subject of his sketches. 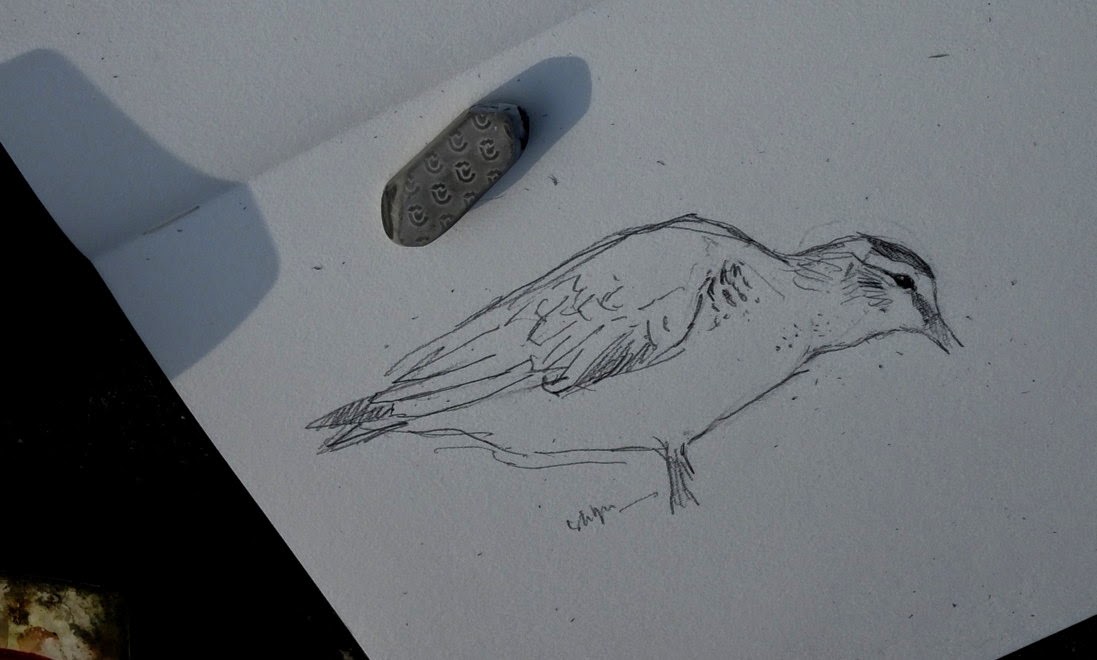 He did not hesitate to use an eraser as much as a pencil and he made little notes as well.
I wanted to hang around him like a stray puppy dog but we still needed to find the\Red Knot and I did not want to pester the man with endless questions. 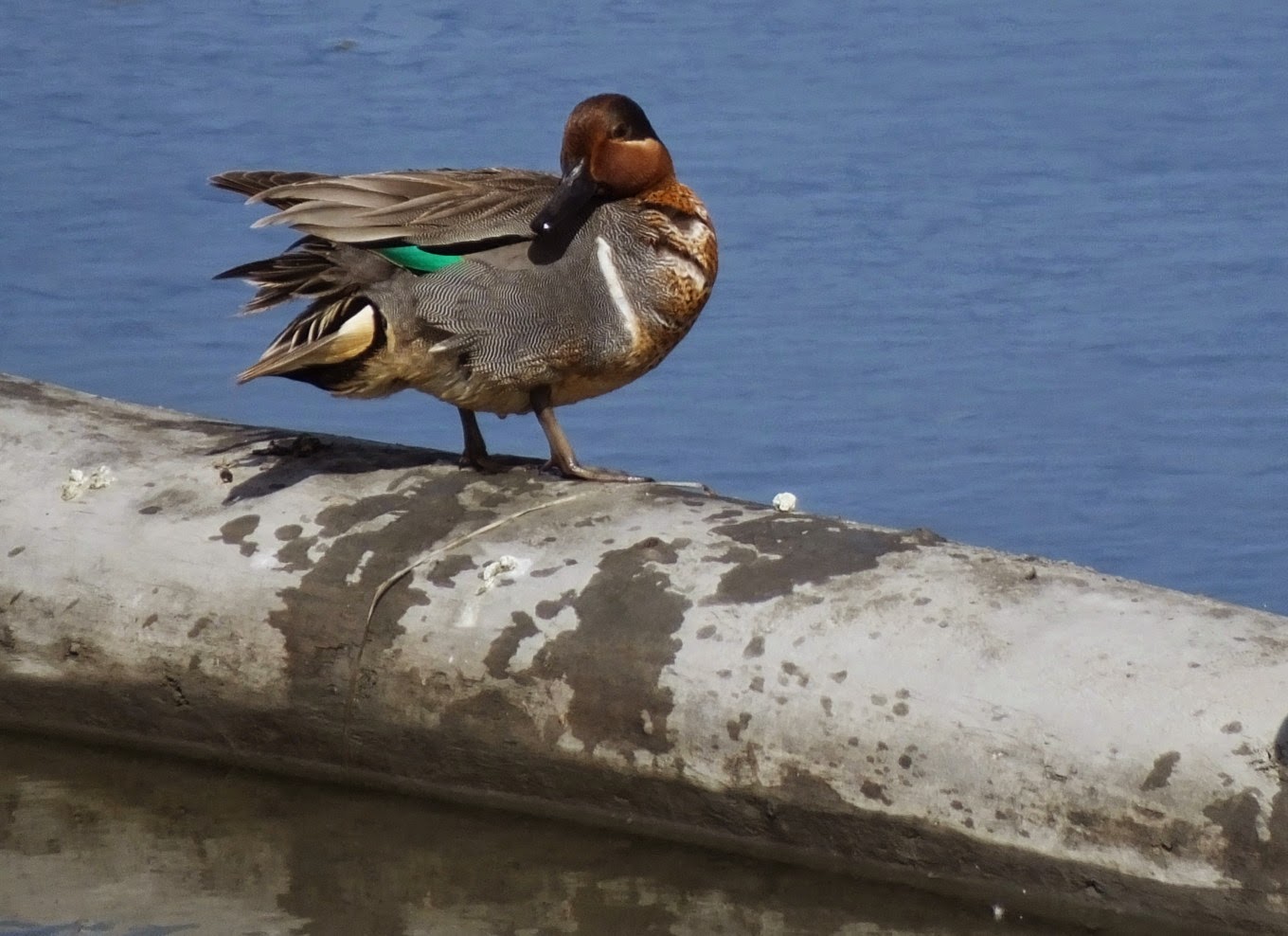 We did find the Red Knot; too far away for photos so I'll include photos of some of the other things we saw like this, Green-winged Teal. 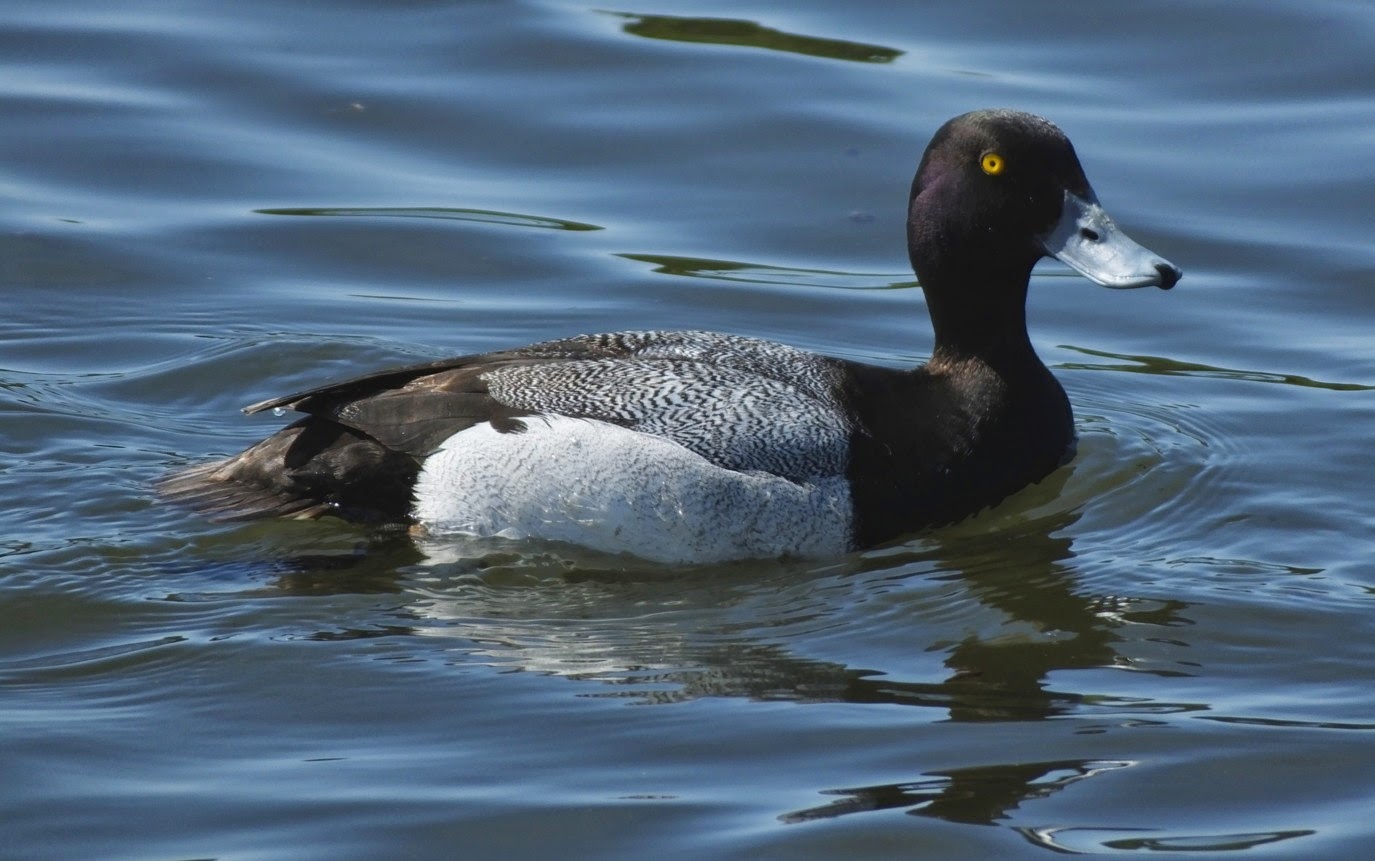 I am not sure whether this is a Greater, or Lesser Scaup. 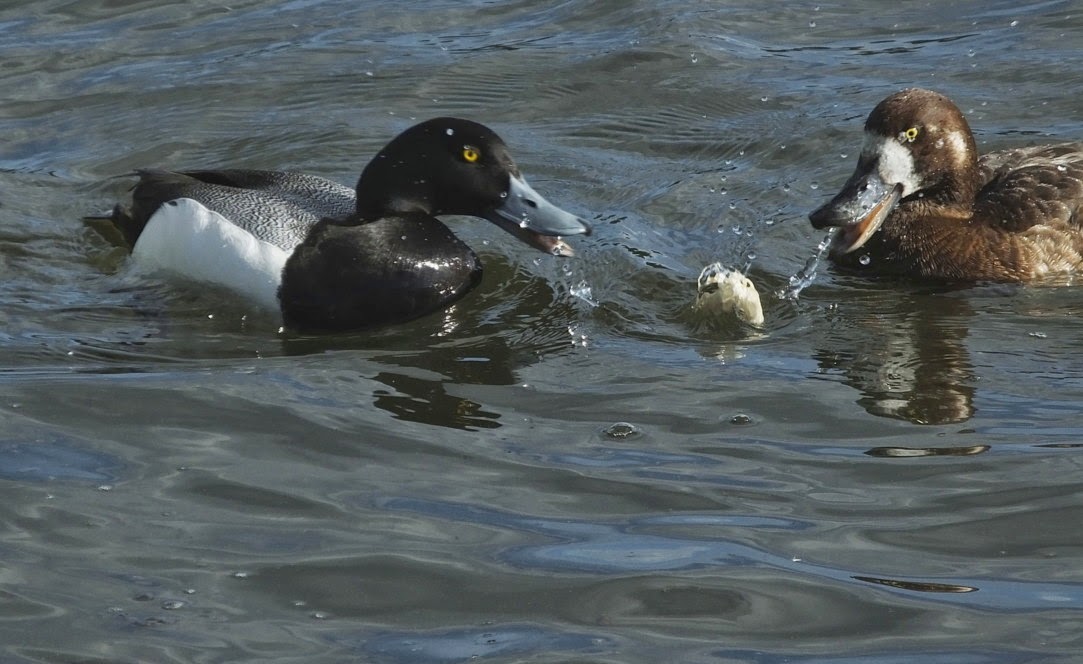 I am pretty sure that these are Lesser Scaup although Greater Scaup tend to far outnumber the Lessers around here. 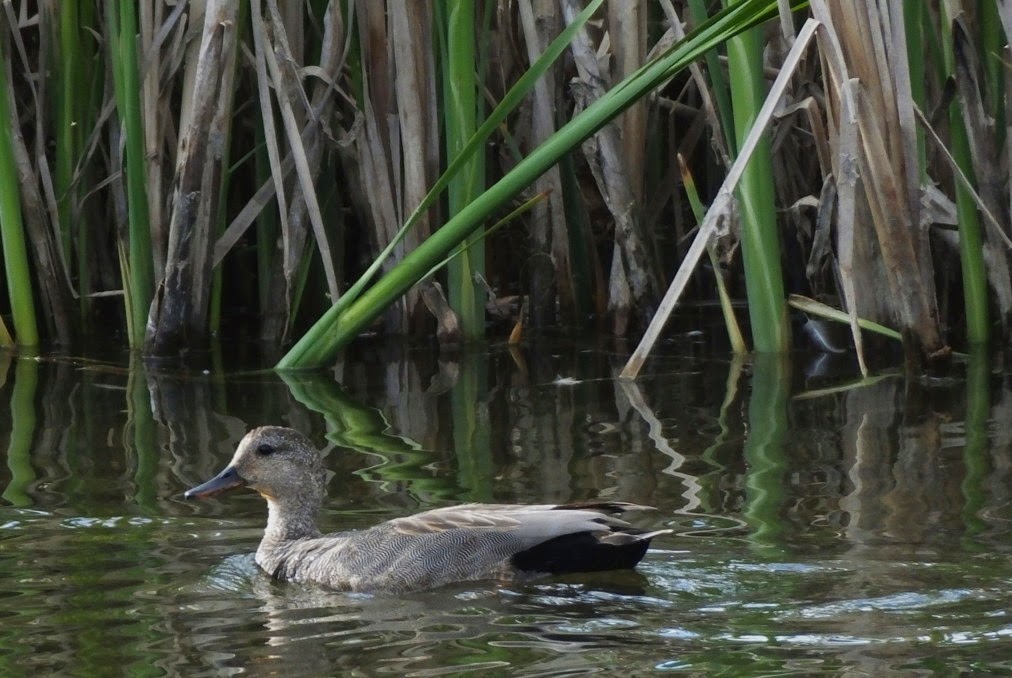 A nice look at a male, Gadwall. 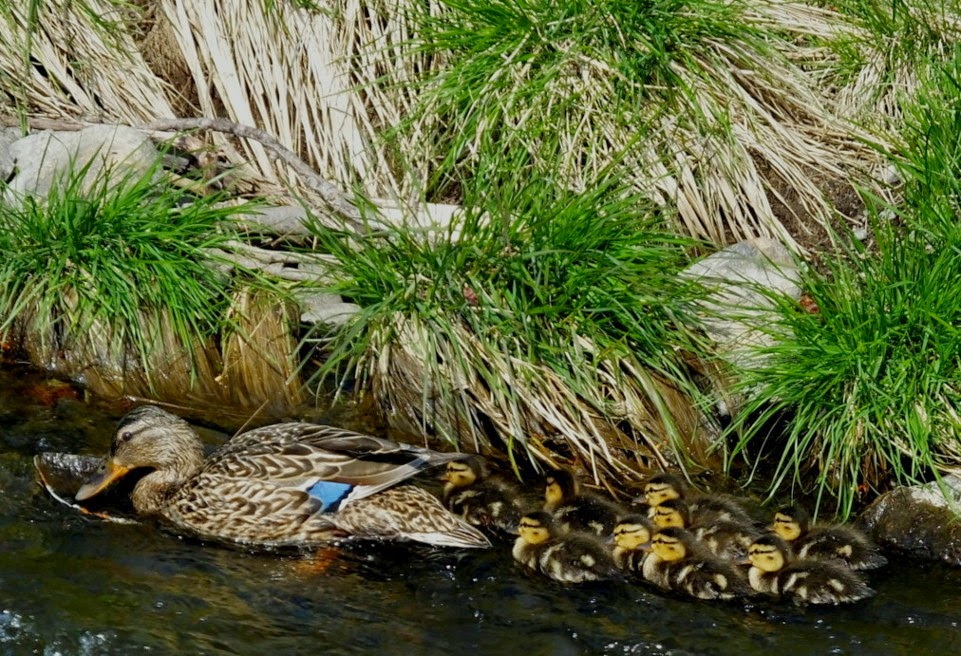 The mama Mallards are towing around a bunch of eagle snacks these days. 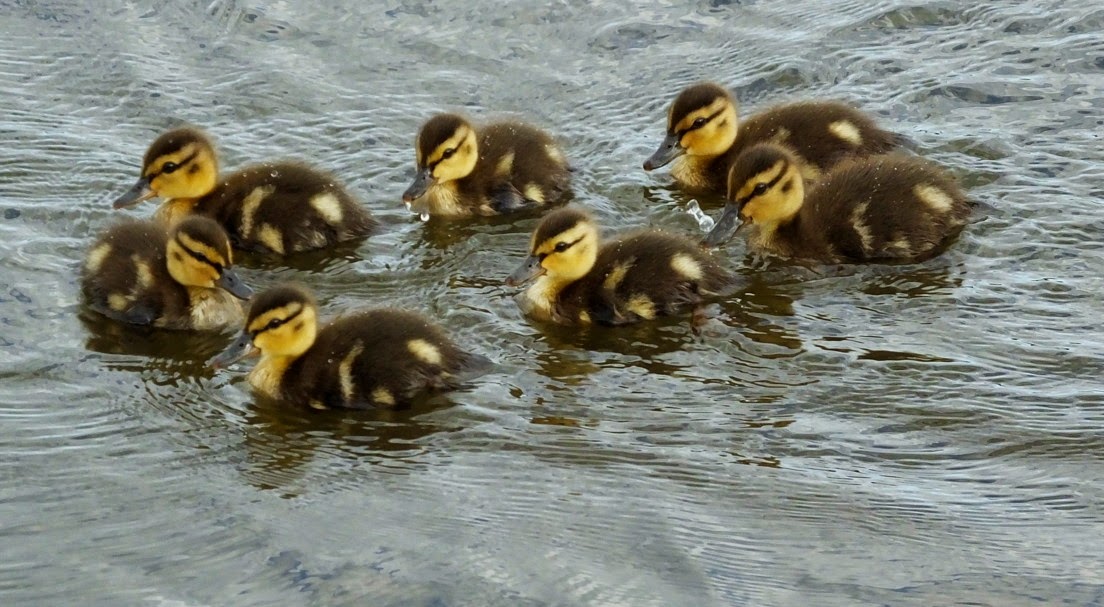 There is a nesting pair of Bald Eagles at Westchester Lagoon and it is thrilling to watch them snatch a baby duck or gull chick every so often. The adult birds try to mob the eagles when they fly past but their efforts are ineffective. The duck broods gradually shrink in number as the season progresses.

Great Post John!! Lars Jonsson is my hero too and during the times I have managed to get into the Birds In Art exhibition, I have traveled up to the Museum in Wisconsin hoping to meet him. Unfortunately he had on those occasions decided not to attend so perhaps I'll have to make a trip over to Gotland one of these days. Still I'm happy for you that you not only got to meet him but also to watch him work - superb!

Nice to see one of the "Greats" in action… I've had his "Birds of Europe" for umpteen years now.

As it says in the British Birds Magazine review on the cover "..if you enjoy bird illustrations at their best, you simply must treat yourself to a copy."

The book includes Short-billed Dowitcher, but only the juvenile (most likely vagrant) is illustrated.

Thanks for the comments you guys. I'm glad that there are many other people who admire his work as well.