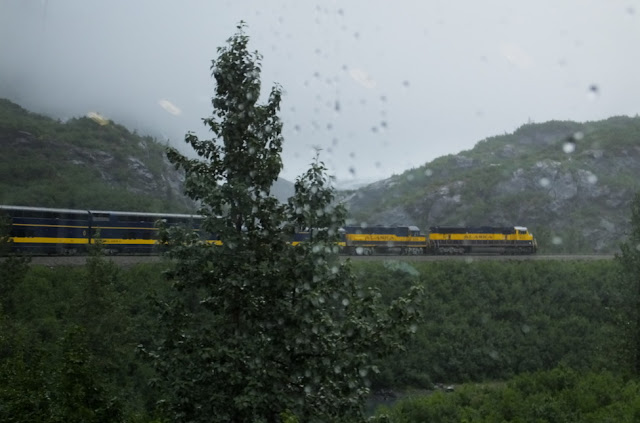 "People Get Ready, the train is comin."
Join me on this lovely train ride and adventure that the Quimbies and I took last Wednesday. We left Anchorage very early in the morning.

Bart took this photo of Potter Marsh just south of Anchorage. There was a 70% chance of rain predicted but we escaped Anchorage before the rain started. 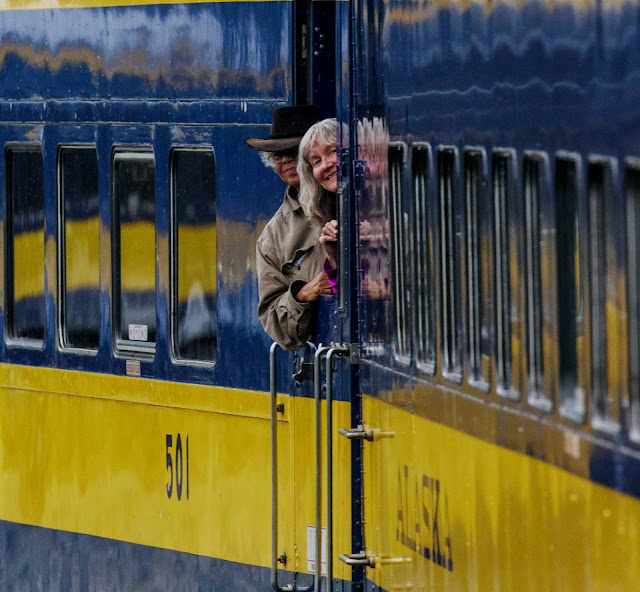 Bart and I were accompaned by Bart's wife Sandy and her friend Jean. (Bart photo) 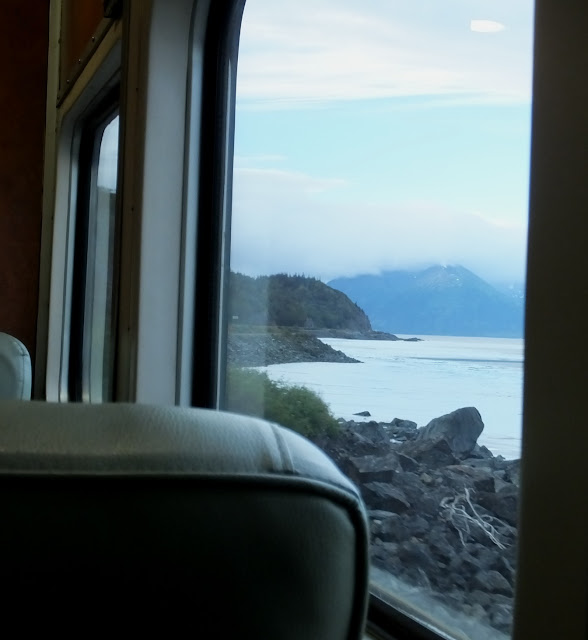 The train first headed south along the dramatic coastline of Turnagain Arm. 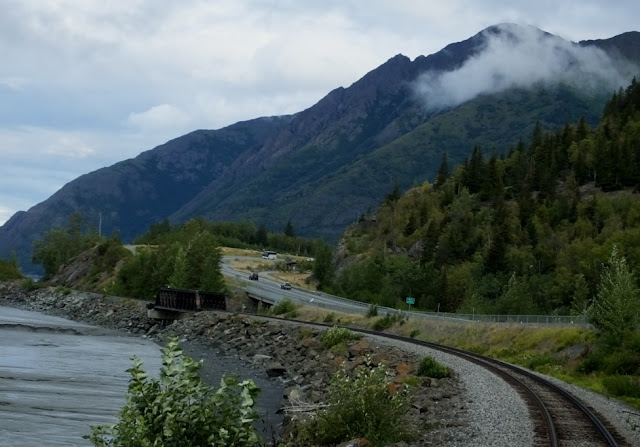 For about the first 50 miles the tracks follow alongside the Seward Highway. 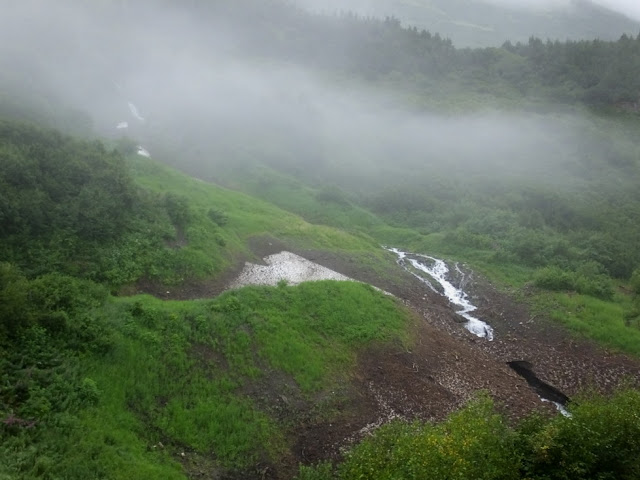 The remnants of an avalanche. The railroad uses a Howitzer in the winter to knock down snow build up in order to protect the highway and railroad tracks. 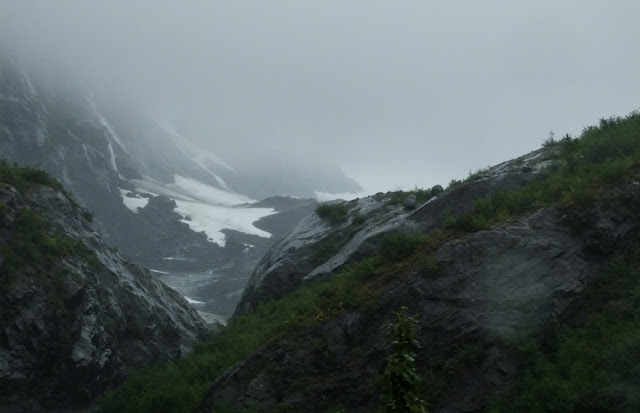 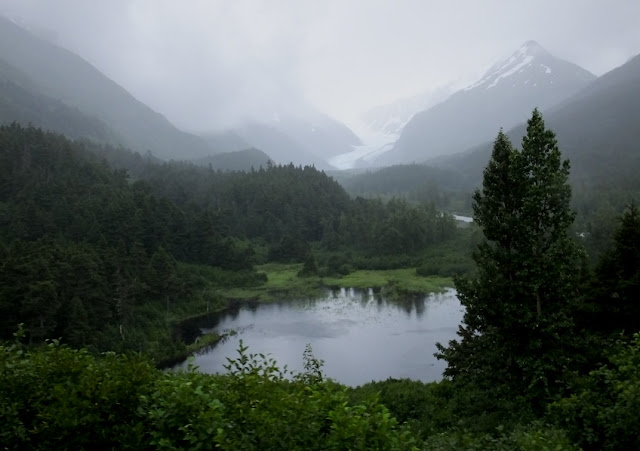 Although  it is hard to see in the mist, this is Trail Glacier. 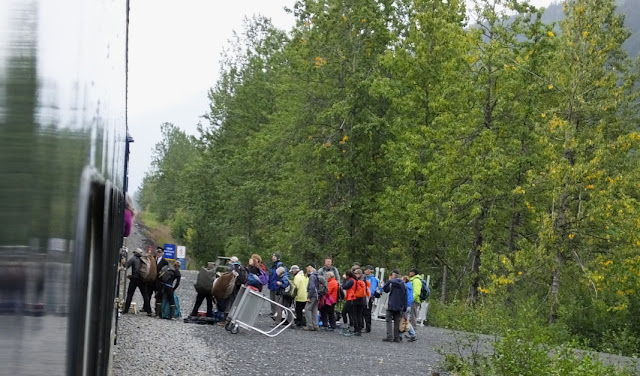 At several points the train stops to drop off, or pick up passengers. These people had hiked to Spencer Glacier and were plagued by hordes of mosquitos.

Eventually we reached Seward where Bart photographed these fishermen. 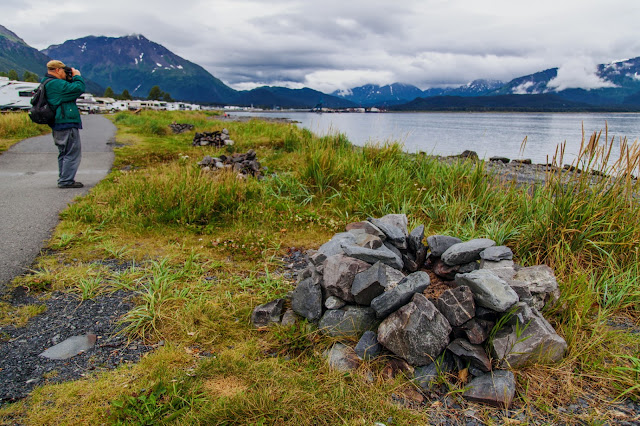 In the Summer months much of the shore in Seward is lined with motorhomes. Bart shot this photo of me scanning for seabirds. The piles of stones are fire pits. 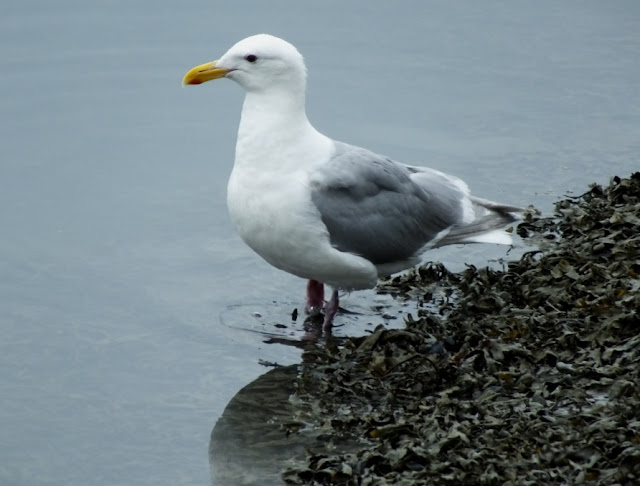 The only gulls I saw were, Glaucous-winged gulls. There were many. 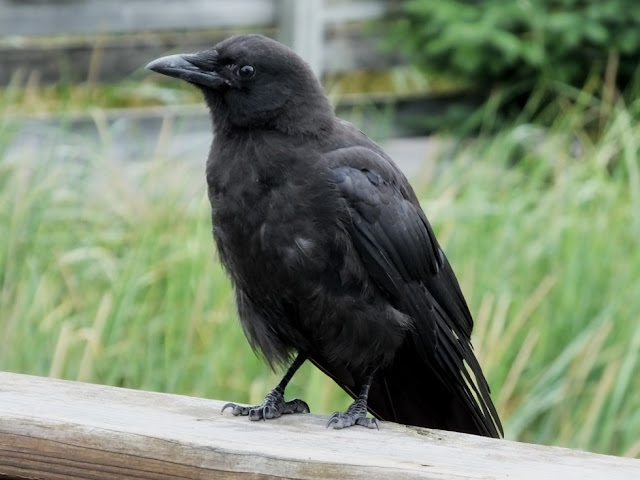 Northwestern Crows were loitering all over town. 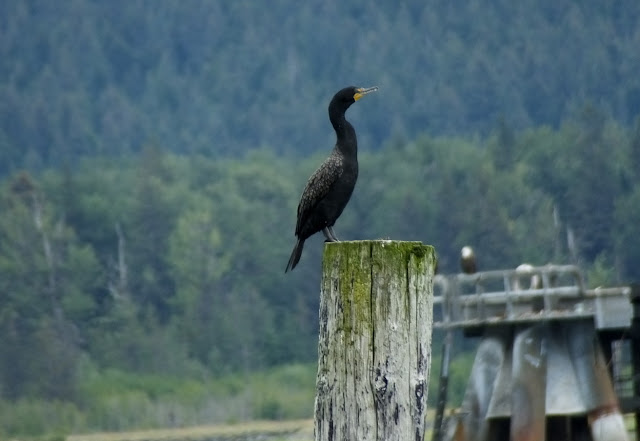 A Double-crested Cormorant with a Bald Eagle in the background. 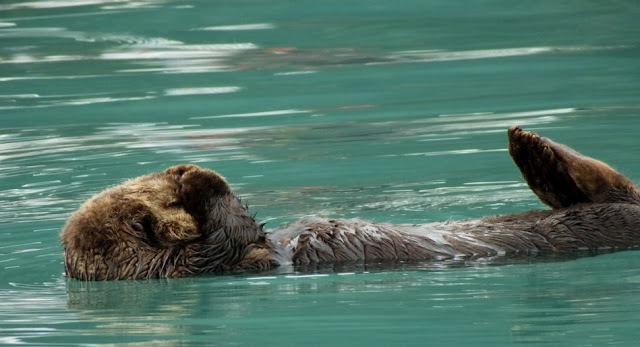 This last photo of a Sea Otter is just a taste of the great photos we got. You will have to wait until the next post to see some of the wildlife we got to see in and around Seward.

Fantastic! Love the photos in this and earlier posts, hoping to see some new paintings soon. Sorry to hear that you have been unwell, hope you are on the road to recovery.