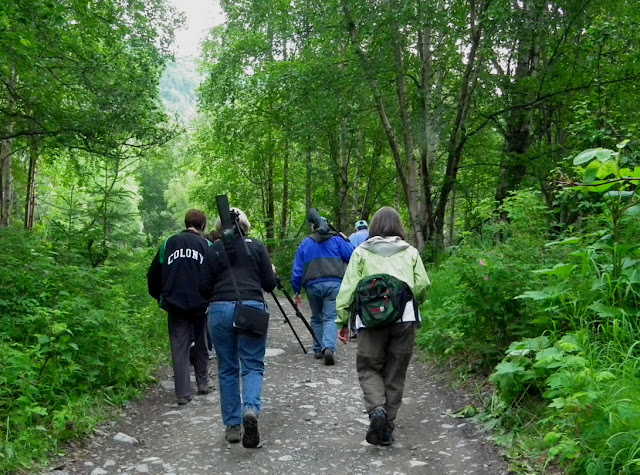 On Saturday, Audubon Alaska and the Matsu Bird Club put together an event to get more people involved with ebird. The idea was to host a field trip to Mud, and Jim Lakes, then to move over to the Palmer Public Library and show everyone how to upload our trip report to ebird.
I already did a post about ebird, (use this blog's search engine to read about it), and since I regularly use ebird, I was mostly interested in the birding.
Mud Lake certainly does not sound too paradaisical, but I had never visited it or adjacent Jim Lake. The area has recently been designated an Important Bird Area. I've heard about the two lakes for years, but did'nt know how to get to them. Thankfully most other people dont know how to get there either. 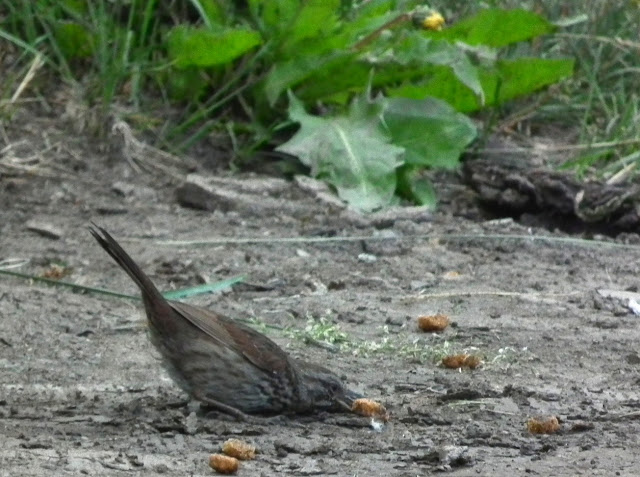 Mud and Jim lakes are outside of Palmer, and reached by passing through some very lush forest habitat. The forest was loaded with calling birds and biting mosquitos. A new thing that I learned was that the area is the northernmost known range of the Song Sparrow. The local Song Sparrows are very dusky in comparison to typical Song Sparrows. 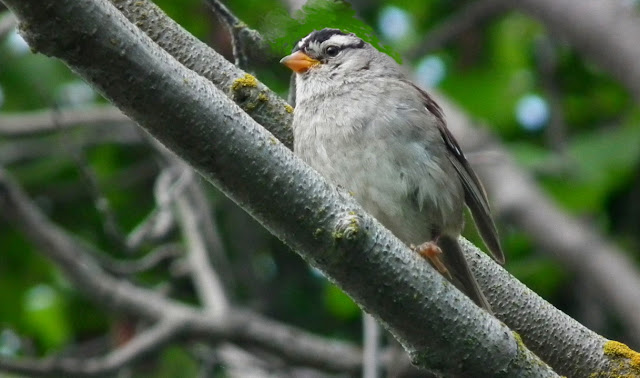 Along with two Song Sparrows, we were accompanied for a short time by a few White-crowned Sparrows. 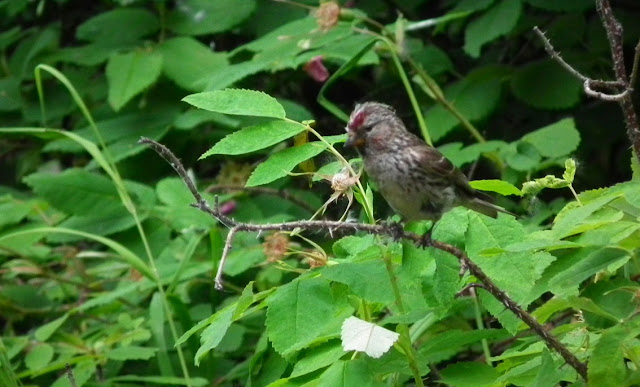 At first I thought that this bird was another Song Sparrow, but after I shot a quick photo I realized that it was a juvenile, Common Redpoll. There were also many, Varied, Hermit, and Swainson's Thrushes, Robins, lots of warblers, some woodpeckers, a hare, and even a wolf which I did'nt see. Plenty of other things as well. 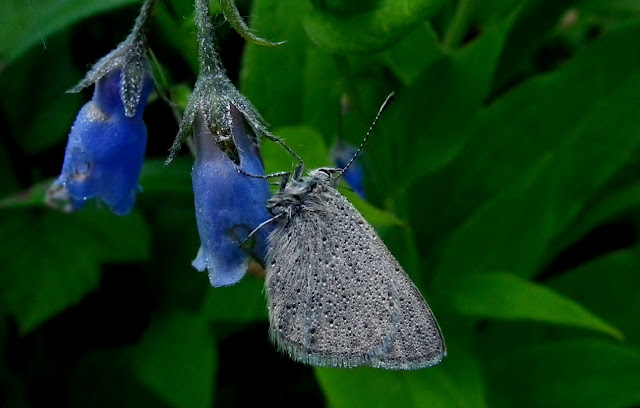 The forest was also full of many beautiful flowers like these Chiming Bells being visited by a small butterfly. It was barely half an inch long. 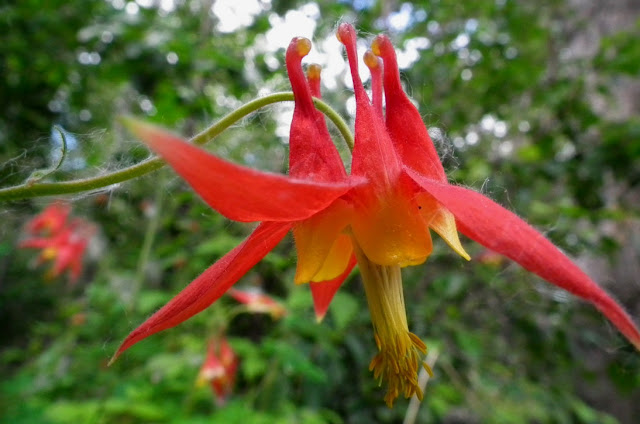 A wild columbine, it's a common sight, but always a welcome one. 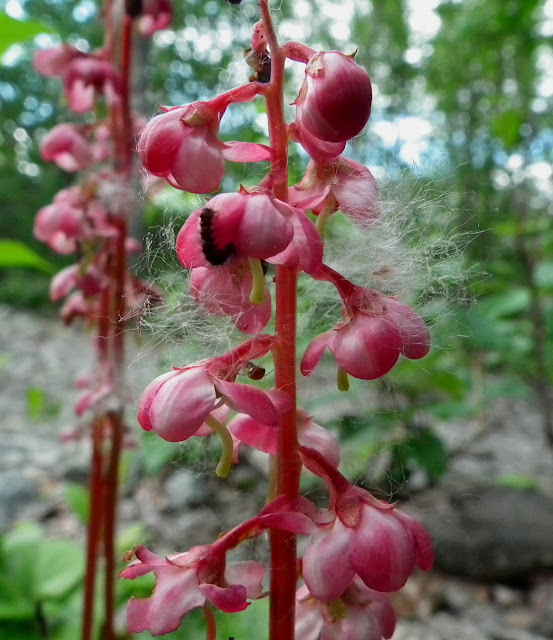 This is a type of Wintergreen called, Pink Pyrola. The white fuzz is Black Cottonwood fluff, (seeds). 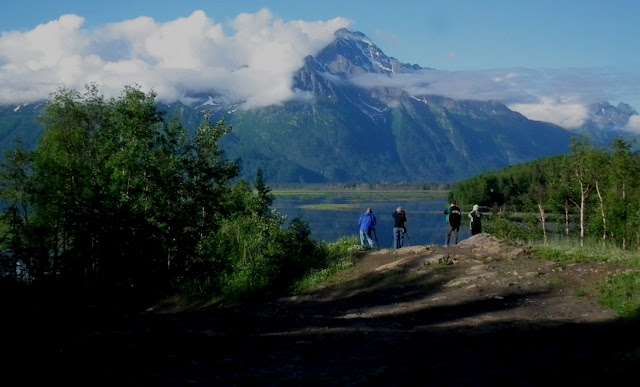 If there ever was a place that was misnamed, it is Mud Lake. The place is glorious. The day was also gorgious even though the weather lady predicted heavy overcast with scattered showers. 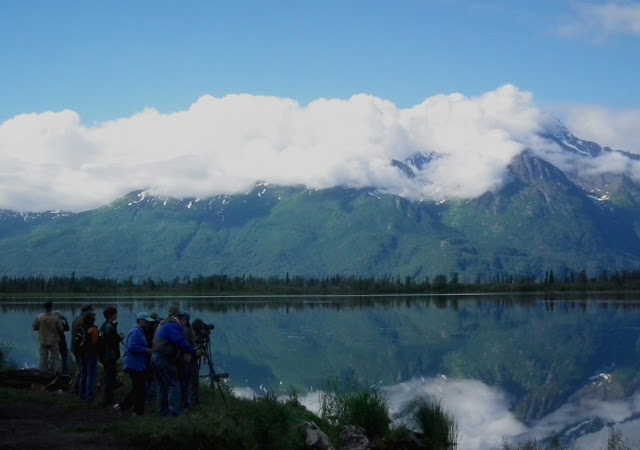 This is nearby Jim Lake. I think that the two lakes are connected.

The trip was being led by Aaron Bowman, the uppermost person in the photo. There would have been more people, but many people were no doubt intimidated by the task of having to learn about ebird. 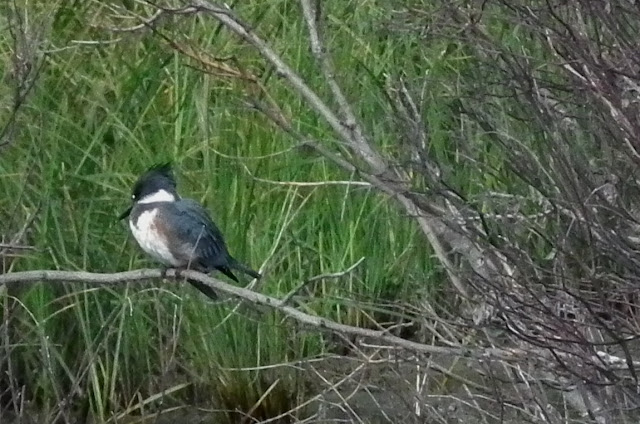 I saw my first Belted Kingfisher of the year. Also my first Ringnecked Ducks, Yellow Warblers, and Northern Waterthrush. There were Horned and Red-necked Grebes, Lesser Scaup, Common and Barrow's Goldeneyes with young, Herring and Bonaparte's Gulls, etc. 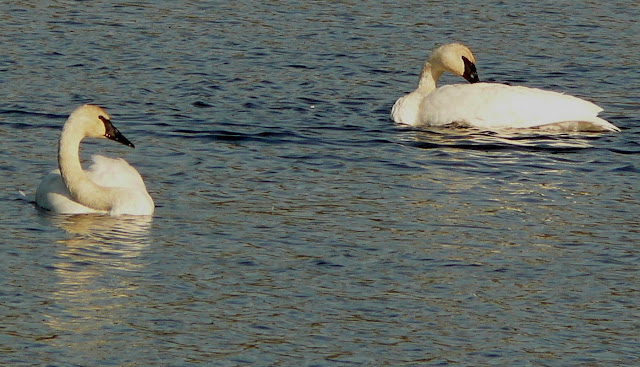 The stars of the lakes were some Trumpeter Swans.
After the great morning of birding, we went to Vagabond Blues in Palmer for lunch, and then to the library to learn how to do ebird.
Posted by john at 8:13 PM