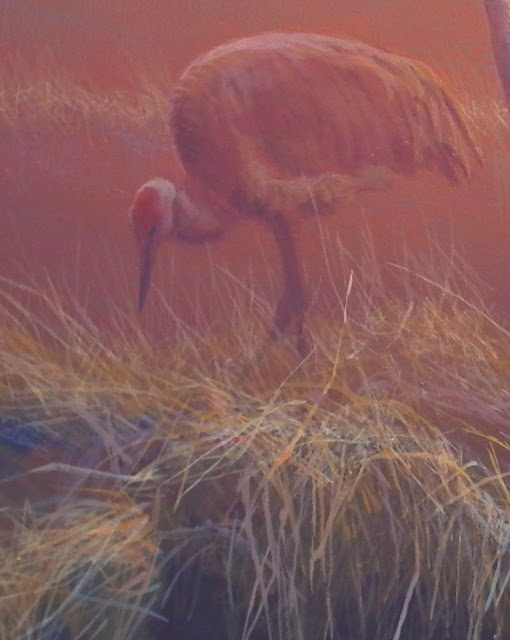 If you remember the post from a few weeks ago I took a perfectly good painting and pretty much ruined it because I was too lazy to start a new painting. I glazed over a 12x24" canvas called, The Sandhill Strut. When I changed the overall color of the painting, all of the previous detail work was covered over and I was faced with the task of filling it in again. The photo above is a detail shot of the finished painting. Much of the previous fine detail of the first version of the painting is gone. 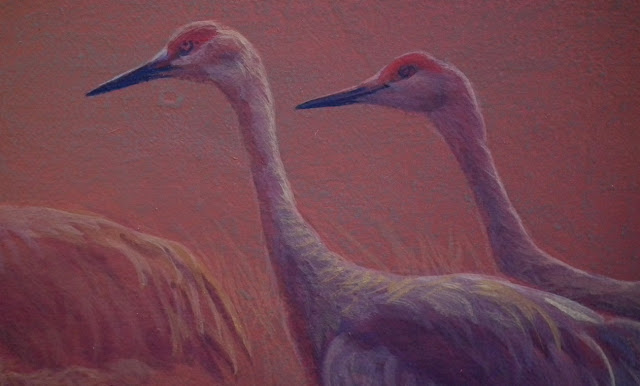 This is an example of the detail work that I attempted to recreate with a completely different tonal value.

This stage of the painting is where I decided that there was adequate detail on the cranes and it was time to build up the dark tones in the foreground. They are not really all that dark. 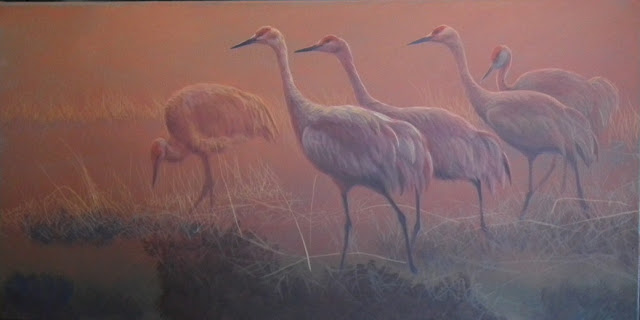 Next I started to insert some reeds around the birds.

It was really tedious work but easier than painting the cranes. Now things are starting to come together. 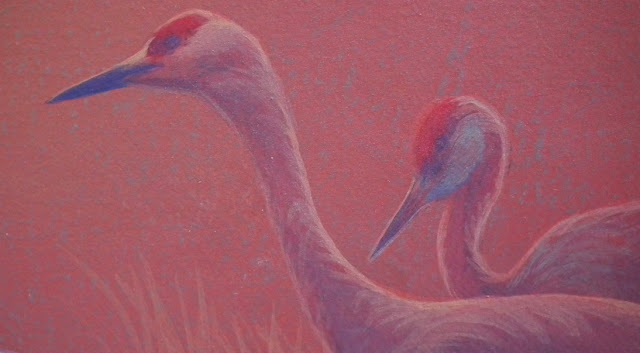 A close up of the two cranes on the far right of the painting. 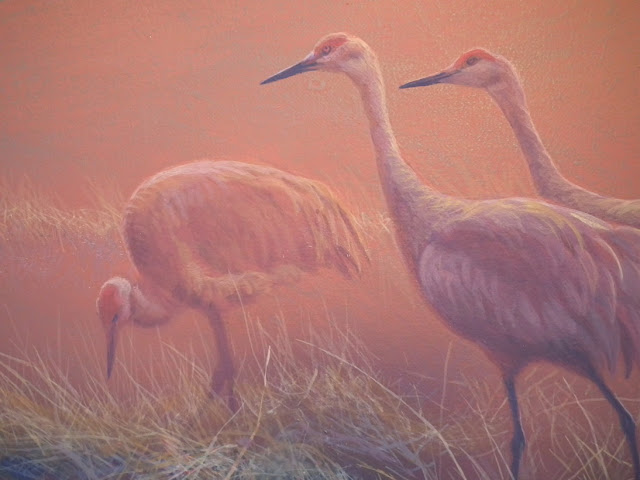 And the cranes on the left.

Compare the original version of the painting.

This is the final stage after one last glaze using Burnt Sienna. Did I ruin the painting by making such radical changes? Is the second version any better than the first? Judge for yourself, but at the current time I am pleased with the results. I do like the soft, warm tones of the painting.
I'll probably change the name of the painting. I don't know what I'll  call it yet. I'm just glad that I finally painted something that does not make me want to cringe.
Posted by john at 11:03 PM

Its difficult to compare,each picture its unique,with his deffects and virtues,the firts i like because normally i like to look the animals with his standard colours, the second are interesting too because it have more profundity.