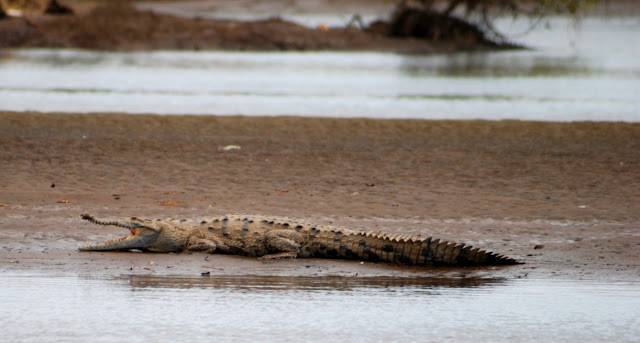 The Tarcoles River is found on the central Pacific coast of Costa Rica. It is right next to Carara National Park. The run down village of Tarcoles is located on the river's south bank where the river meets the Pacific Ocean. The river has no rapids along most of it's length and is in fact, a very short river. Carara NP is about the size of a postage stamp, although it is a spectacular place, chock full of wildlife. 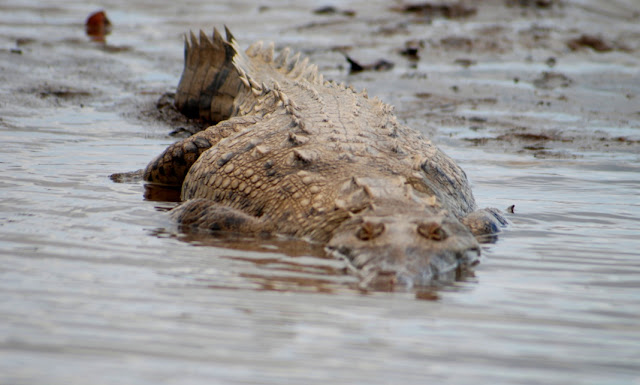 What really makes the Tarcoles wild is it's abundance of huge, American Crocadiles. Many are in the fourteen to fifteen foot length. That's about five meters.

By the way, I forgot to mention that all of these photos were taken by my friend Dan Holayter, who is currently on vacation in southern Europe. Anyway, tourist's can take affordable boat tours along the river to see monster crocs and much more. 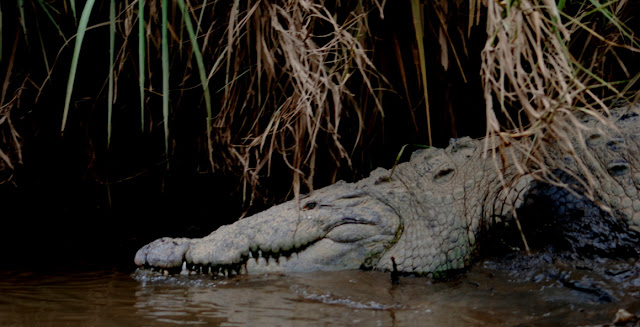 Tourist's get very close to the mostly mellow crocadiles. Dan says that the tour guide actually got out of the boat and grabbed this crocadile by the tail. The long-suffering croc barely reacted. 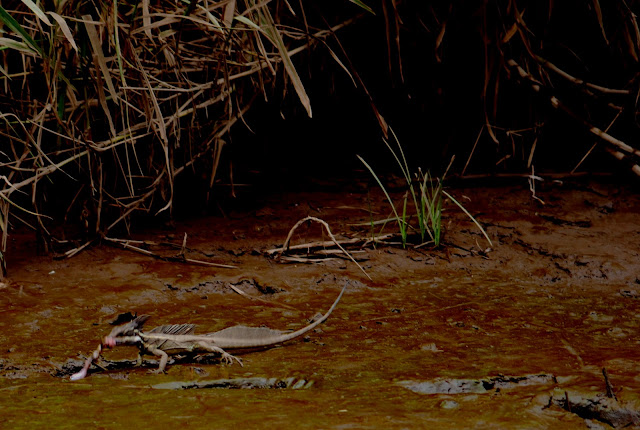 A much smaller reptile grabs a big meal. The lizard is a Brown Basilisk. I cannot tell what the prey is, possibly a worm or a snake. This lizard is somewhere between two, and two and a half feet in length. 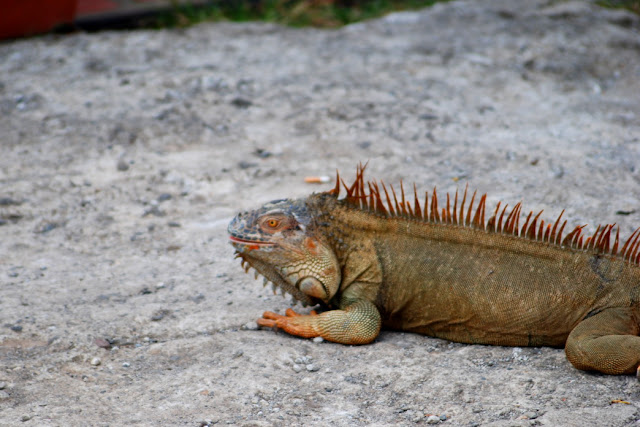 A big fat Common Iguana lounging on the river bank. Probably about six feet in length. 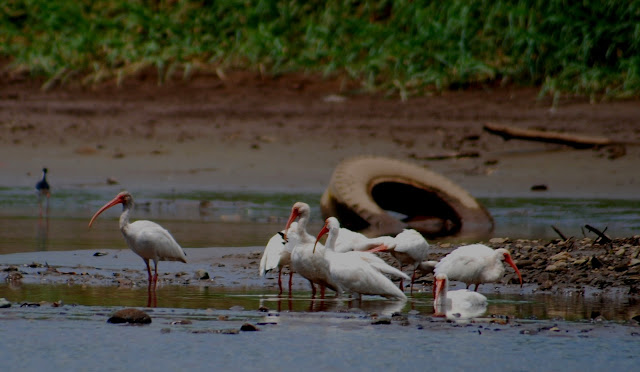 There are many birds all over the area. These are White Ibis. I should mention that the area around the river is far from pristine. It is mostly an agricultural zone. 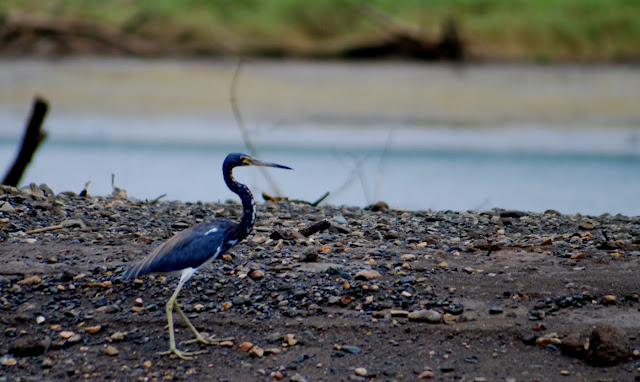 Most of the wading birds along the Tarcoles are the same species that can be found in the southeastern United States,  like this Tri-colored Heron. There are also tropical birds like tiger herons and Sunbitterns. Many raptors, parrots, and tropical passerines as well. 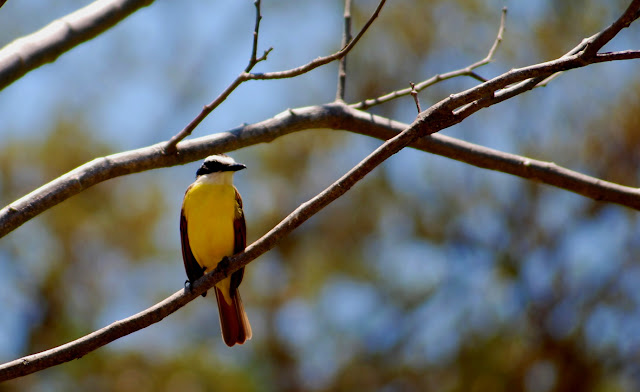 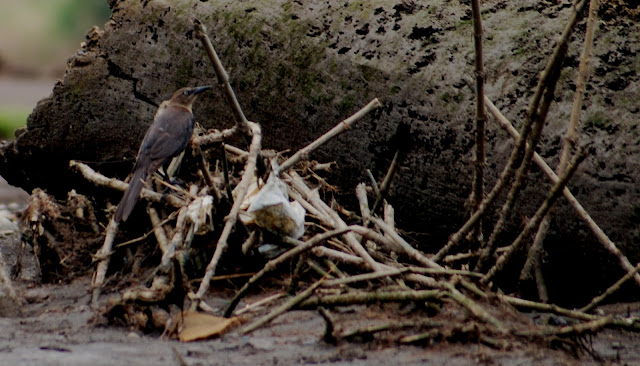 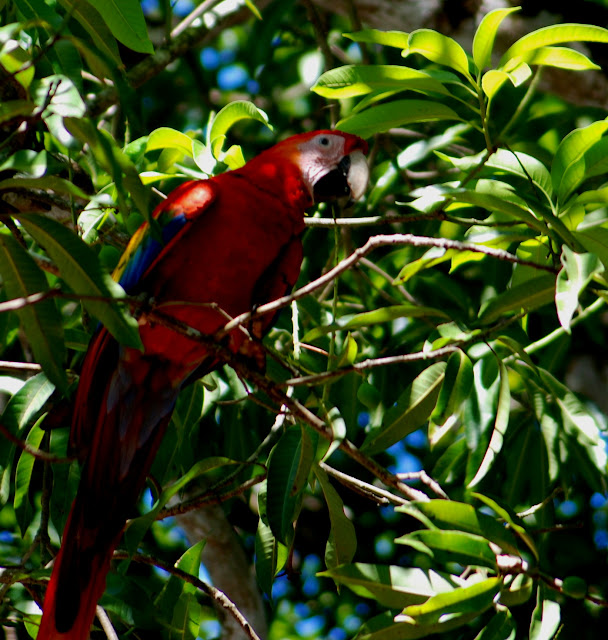 The most unique thing about Tarcoles and Carara is the abundance of wild Scarlet Macaws This is probably the easiest place to visit to see wild macaws. They are not shy. 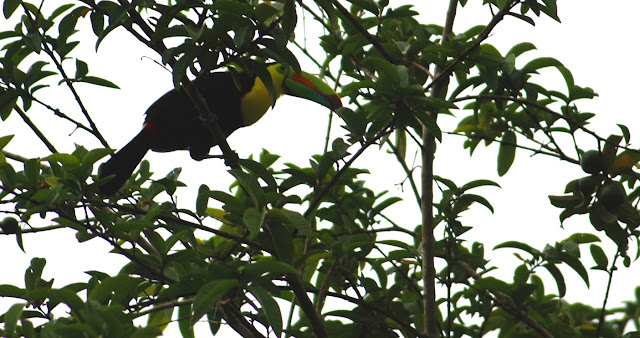 There are also several species of toucan in the area, like this Keel-billed Toucan. 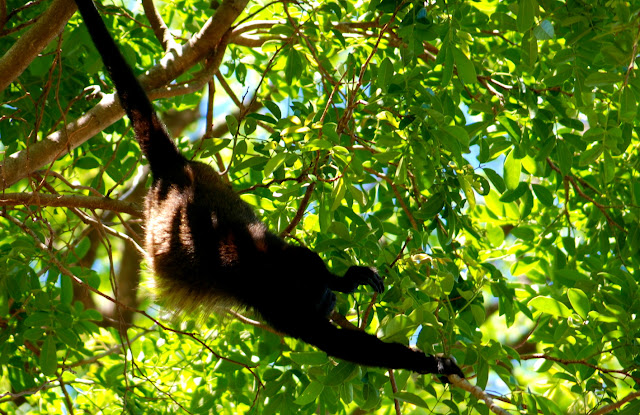 Monkeys too! Here is a Howler Monkey. There are other mammals that can easily be seen, Agoutis, Coatis, and other possible surprises. I saw many wonderful birds when I visited the place some years ago. That is what I remember the most.
Posted by john at 10:11 PM

In the tropics must be relative easier to see wild animals,especially in wetlands rivers or in other open spaces.

Great pics John, I always enjoy visiting you blog as I never know what will turn up next!