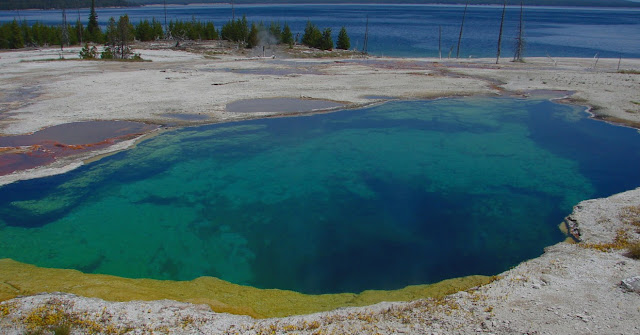 Some of you may have seen this very mineral spring. I have not. All of these photos were taken by my friend Dan. The water is too hot to swim in, but its real pretty to look at.

There are many mineral springs in the area that is the subject of this post. I bet that most of you have already guessed where these hot tubs are located.

Some of them are quite colorful. 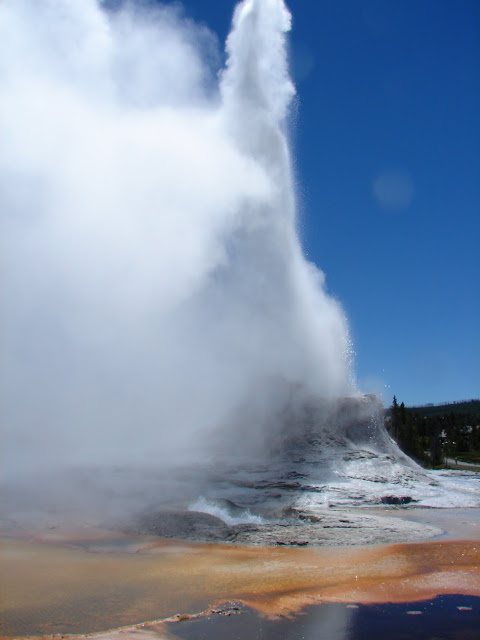 Some of the hot tubs like to blow their tops on a regular basis. Of course the place is Yellowstone National Park located parts of Wyoming, Idaho, and Montana. It is the premier park in the USA, or is it Grand Canyon NP?, or Denali NP?
I cannot say which is best because I have not been to all of the national parks. Which is your favorite?, and why?
My favorite US national park is Grand Canyon NP, my favorite outside the USA is Kruger NP in South Africa. The indescribable scenery makes Grand Canyon the best especially at dawn and dusk, and the abundant wildlife makes Kruger the best. 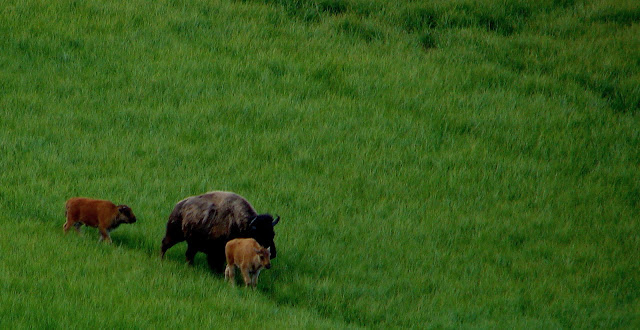 The biggest of the many hairy things in the park are the Bison. 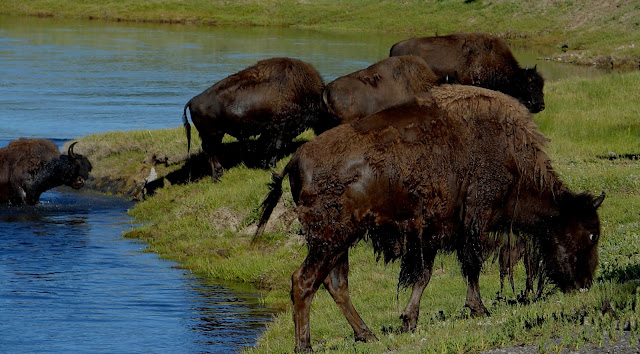 They know which mineral springs are too hot to enter, but they often congregate near them in the winter for warmth. 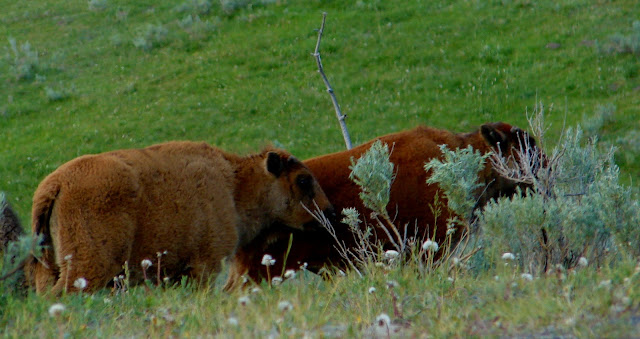 The calves  tend to be lighter in coloration than the adults, fuzzier too. 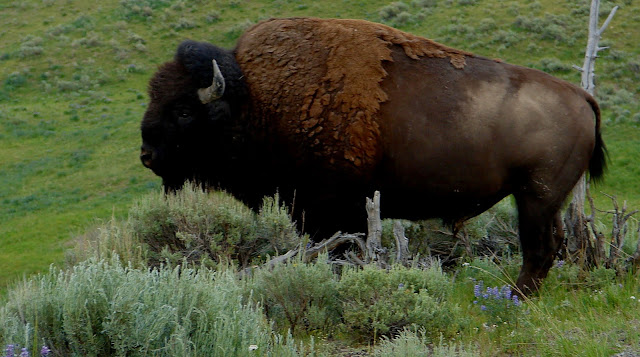 Bison are mostly pretty mellow in temperament but can become aggressive when approached. In that respect they are like Moose, especially if they have babies to protect.
Earlier this summer I was riding my bicycle along a paved bike trail about six feet wide. There was a cow Moose standing on the path, on the far left side of it. I slowed down and would have gone around it but the vegetation was too thick to ride through. The Moose was completely relaxed and I felt that it would move aside if I approached carefully.
It looked at me but never moved an inch. When I committed to go past it and was too close to stop, its calf came out of the brush from the opposite side. I had no alternative but to go for it and I slipped between them in a flash. The mama Moose never moved at all although I was so close that I could have reached out to touch her.
Would I try that if she would have been a Bison? I know that I would not have done that if she would have been a bear. I was a fool anyway. 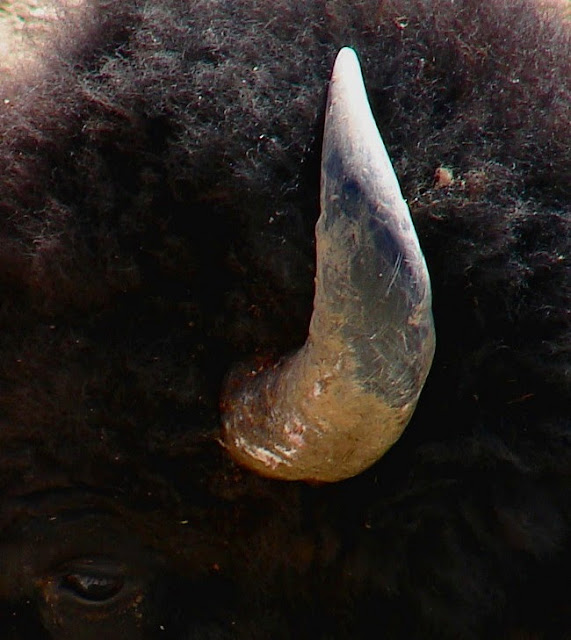 I like the colors and texture of this Bison's horn. More to come from Yellowstone.
Posted by john at 6:35 PM

Hello!John i read and look the posts of your last travels,and the interesting bird especies that you see in Prbilofs,its difficult to know wich is the best national park i never been in United States,but i fill more atracted on the giant conifer rain forest,like Tongass, the Olympic Peninsula,or the Cascade Range.And also the Glacier national park! i like too with his espectacurar mountains and beautifull glacial walleys with a picturesque subalpine forests accompanied with a rich variety of alpine flowers.

Wise choices. These are incredibly beautiful places. I feel fortunate to live near similar scenery.