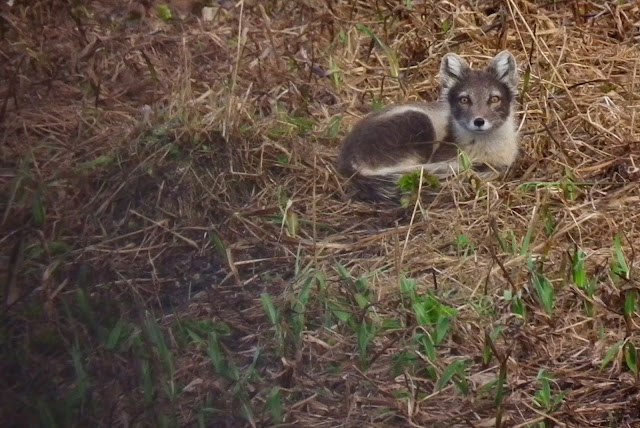 This last post from the Pribilof Islands is just a random assortment of photos from St. Paul that did'nt get included in the previous posts. The Arctic Fox in the photo above is not like the typical dark island form. It has a lot of white in its fur. This is more typical of the mainland foxes that turn completely white in the winter. It is believed that some foxes cross the ice cap in the winter when the islands are encircled in ice. A long journey to survive. 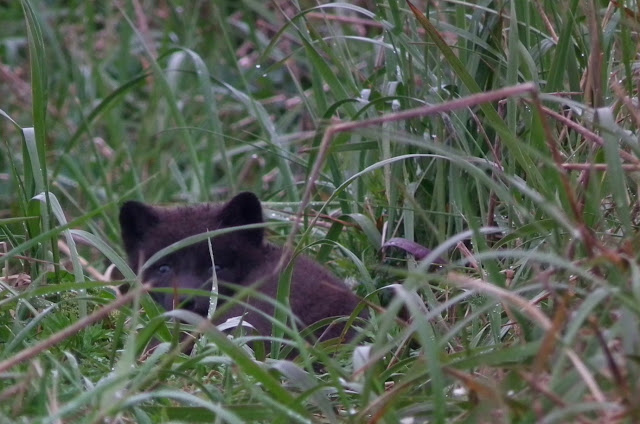 One last photo of a fox pup. 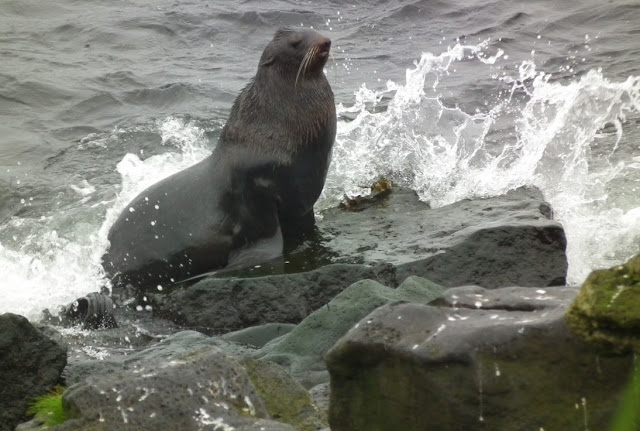 And a Northern Fur Seal. 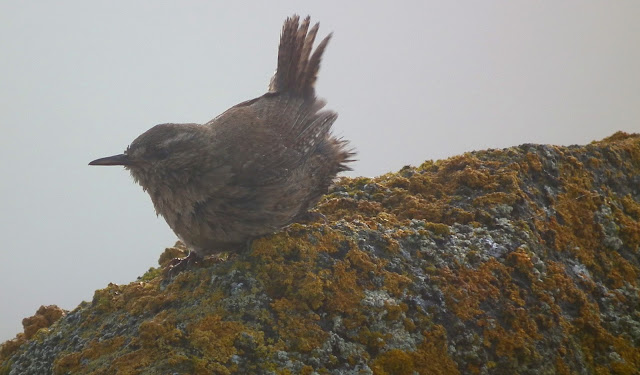 I only managed to get two photos of a Pacific Wren that were remotely close to being in focus. It would not sit still and the light was very dim. This bird is no doubt accustomed to being wet. 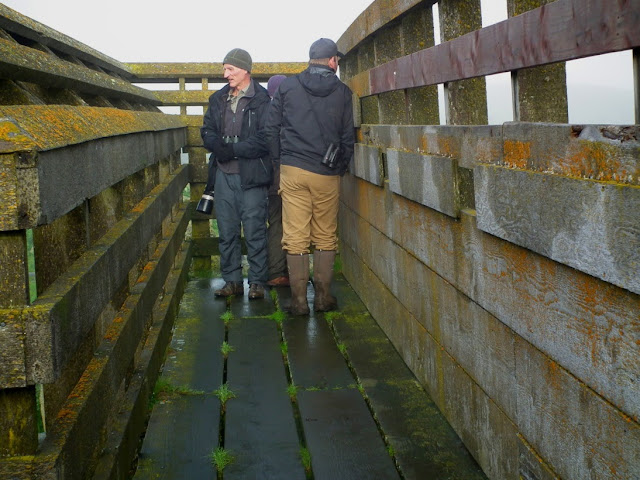 I was standing in this blind when I shot the previous photo of the wren. One of our guides, Scott is standing with his back turned. Jeff from Wales is next to him and Ann his wife is watching seals behind them. 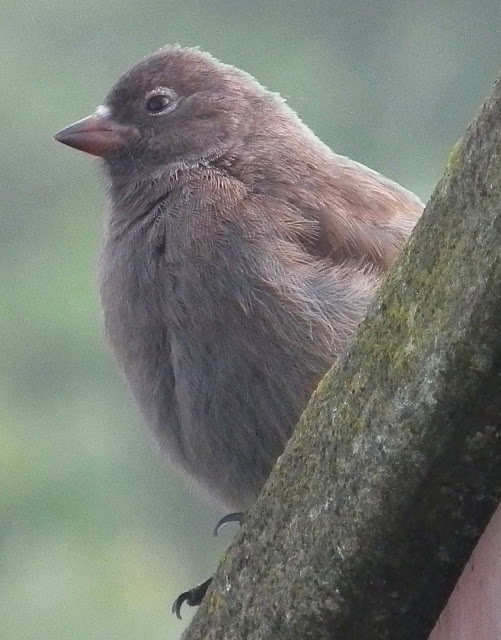 This juvenile, Gray-crowned Rosy Finch is perched on the same blind. 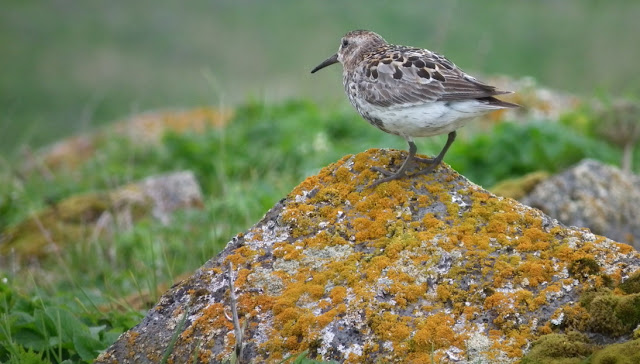 A bad photo of some distant Fork-tailed Storm Petrels in the fog. 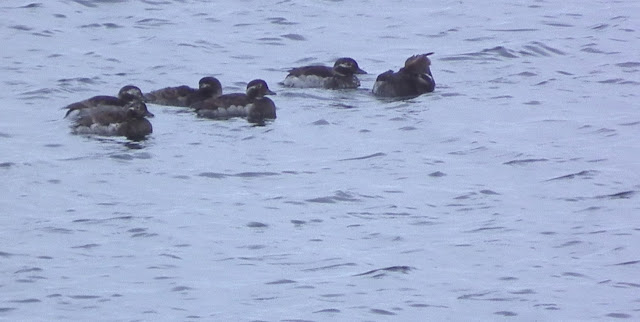 Long-tailed Ducks tend to stay well out of camera range. I am not sure if these are females or immature birds. 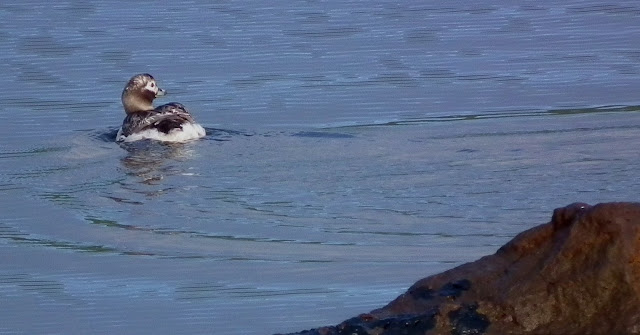 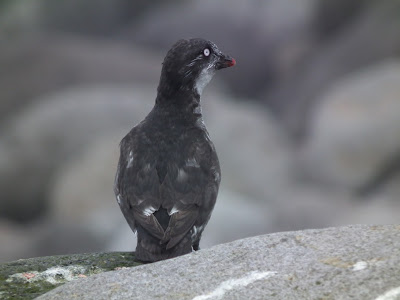 One last look at a Least Auklet from behind. 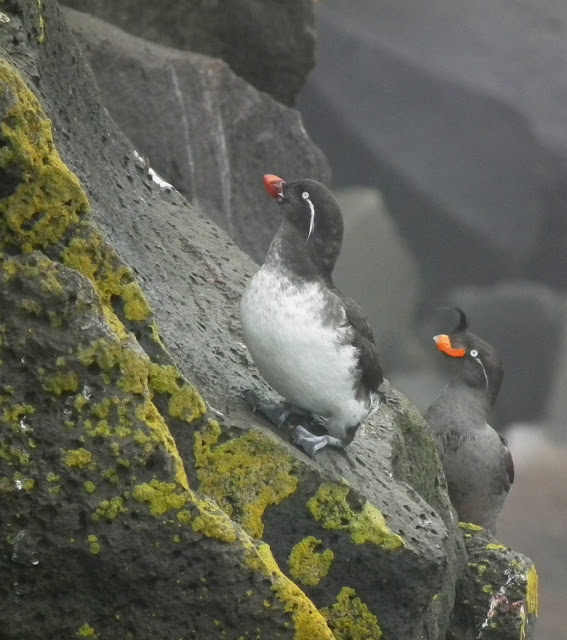 A nice comparison of a Parakeet, and Crested Auklet. 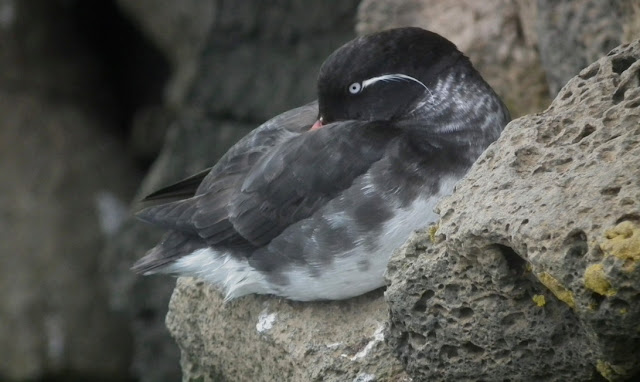 A resting Parakeet Auklet keeping a wary eye on me. You can see by the holes in the rocks that this is a volcanic island. 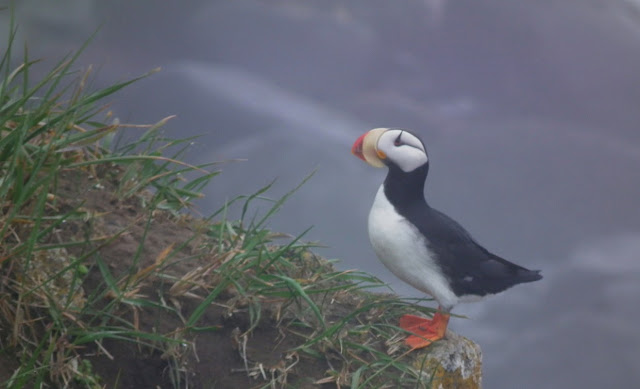 Someday I would like to get even better photos of Horned Puffins. I'll need to upgrade to better photo equipment but I don't want to lug around a tripod and heavy lens. Better to wait for technology to make everything smaller, sharper, faster, and lighter. I think its all coming. Will I live to enjoy it? 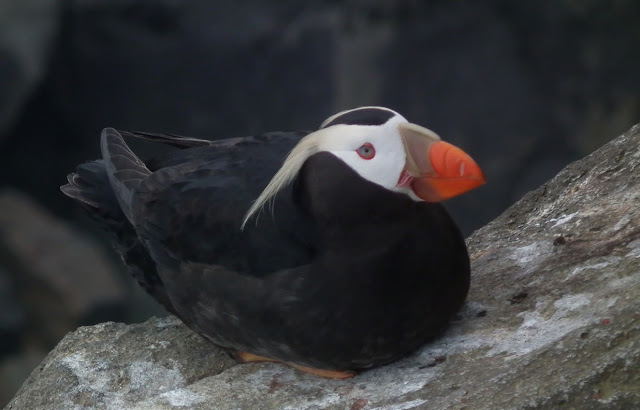 This Tufted Puffin may not be the best photo of the trip, but it is the last.
Posted by john at 10:56 PM