Searching for the Oracle

Since I have had such a busy week, I made very little progress on the new wolf painting. So I will continue revisiting my trip to Peru from several years ago. I cannot remember whether I wrote about the Oracle of Pacha Kamaq before this.
Pachacamac is a pre-Inca archaeological site about 30 miles south of Lima. It is mostly known for being the home of the Oracle of Pacha Kamaq.

While I was reading about Peru before traveling there, I was intrigued by the story of the Oracle. The Oracle was probably the most sacred pre-Columbian object in South America. People made pilgrimages to the site from far and wide. 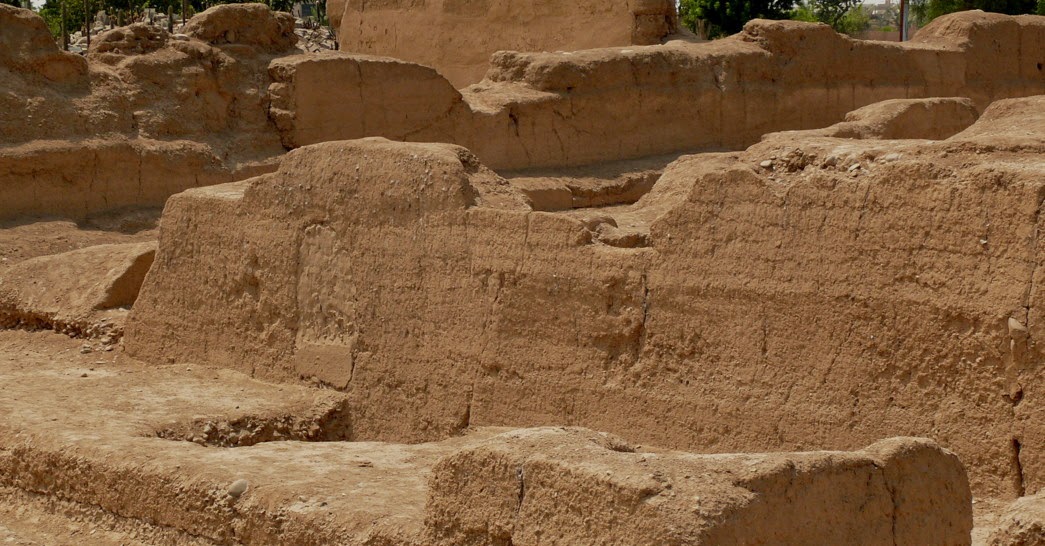 The temples and other structures were built between 800 and 1450 CE. Some of these photos were shot in related sites within the city of Lima, (such as this photo in Parque de Las Leyendas). 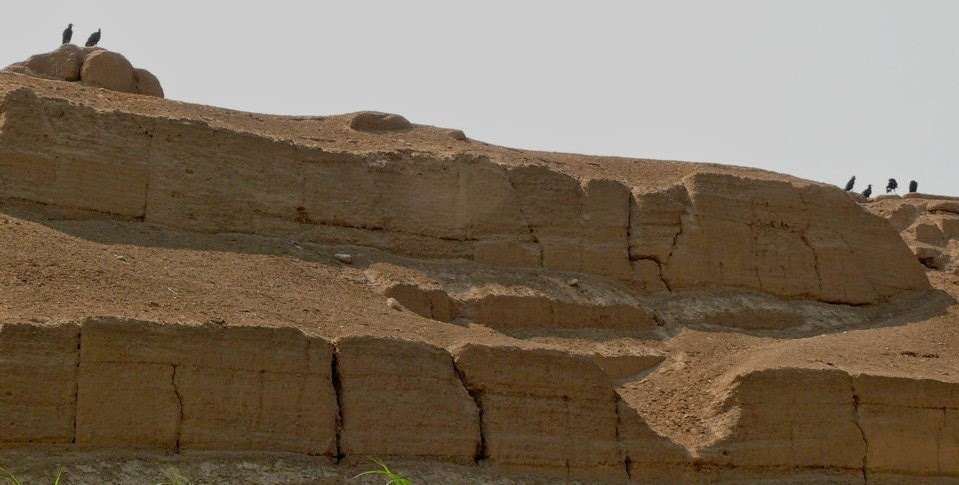 Black Vultures guarding the eroded temples.
Anyway the story goes that when Pizarro invaded Peru and ruthlessly defeated the Inca empire, he learned of the existence of Pachacamac. 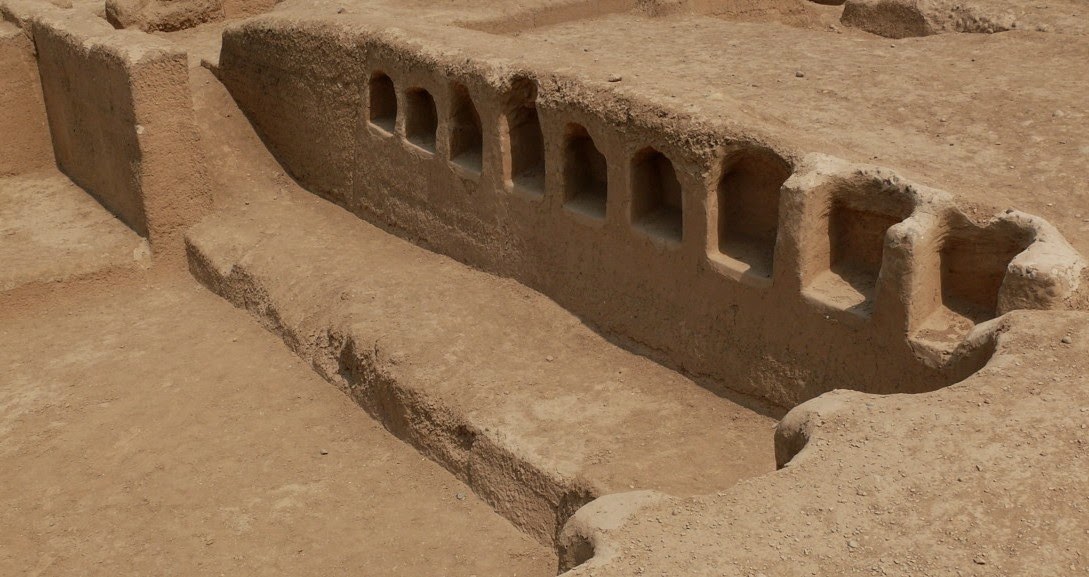 Being a typical conquistador he imagined that the place must be full of gold and other treasures. So he made an arduous journey from the Andes to the coast. 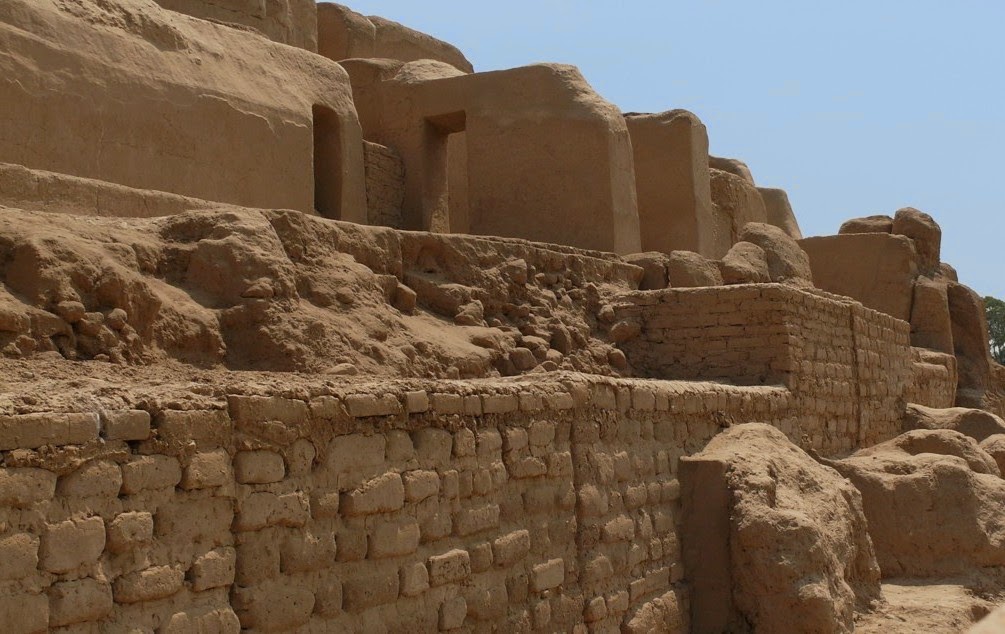 When he arrived he was very disappointed to find no gold. 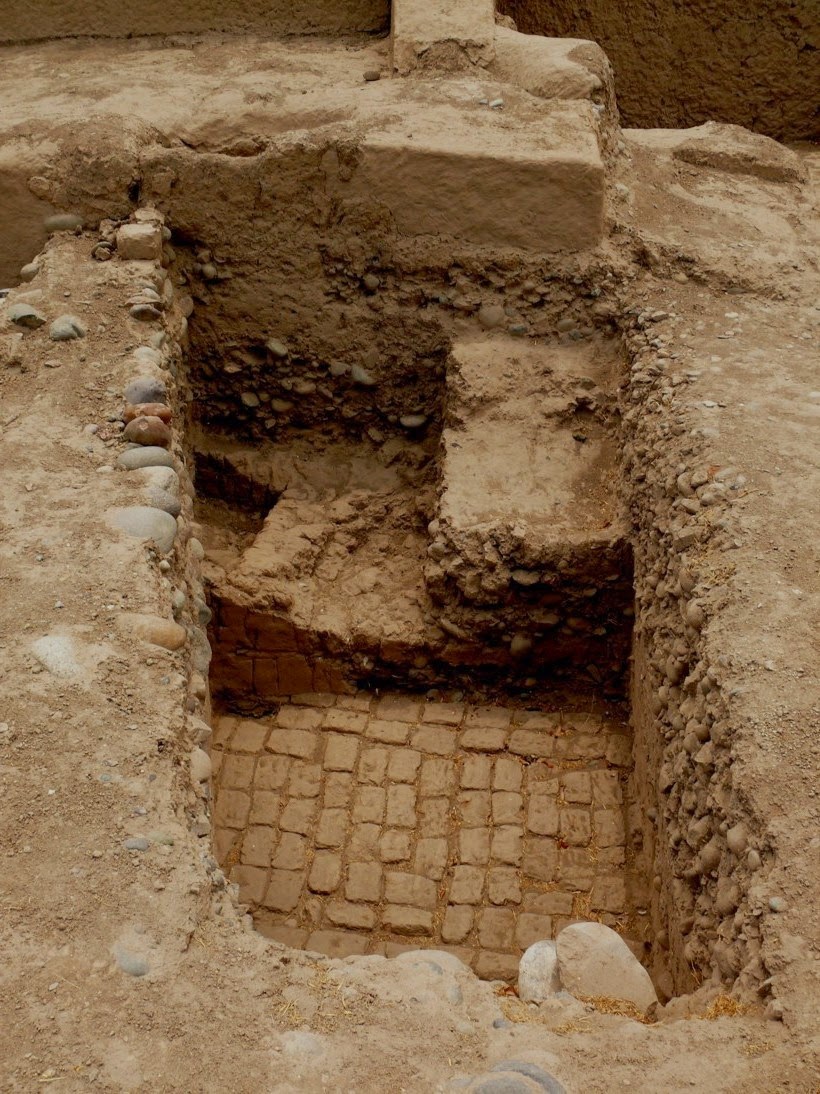 He sought out the Oracle and when he saw it, he sneered and remarked how ugly it was. He did not bother to loot it or destroy it. The Oracle was already ancient when Pizarro arrived, and it survives today. It is made of wood which has been preserved by the extremely dry climate of coastal Peru which seldom receives rainfall. 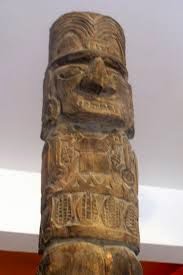 I was intrigued by all of this and I really wanted to see it. This photo is one that I stole off the internet. It shows only the top portion of the Oracle which sits atop a long pole. When I was there I asked where I could go to see it. I was told that it was off display because it was undergoing restoration. Great disappointment for me, just like Pizarro.
To my eyes there is a remarkable resemblance between it and Polynesian carvings. In spite of what science claims, I believe that there must be some connection between the two cultures, especially since in the local mythology, people first came to Peru in boats from the sea. 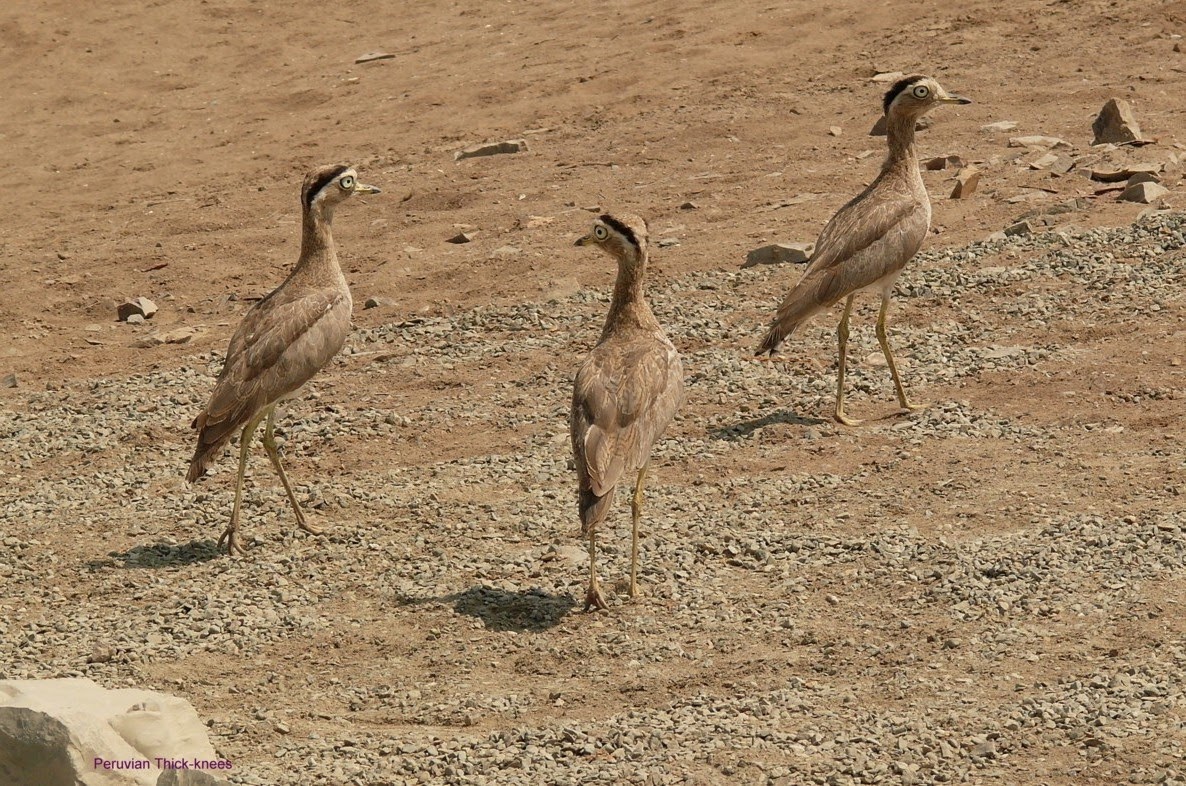 Anyway I got to see some good birds like these Peruvian Thick-knees. They are large nocturnal shorebirds. They rose up from the sand about 20 feet in front of me. If they had not moved I would never have seen them.

A Blue-black Grassquit at the same place.

I know little of the history of Peru, but I'd agree that there must be some Polynesian influence on the appearance of the Oracle.

It seems that ancient peoples traveled a lot more widely than one would guess. The whole land bridge theory that says the Americas were first populated by Paleo-arctic peoples crossing the Bering Land Bridge is currently being revised in light of evidence to the contrary.