Working on the Wolves, and a Taste of the Amazon 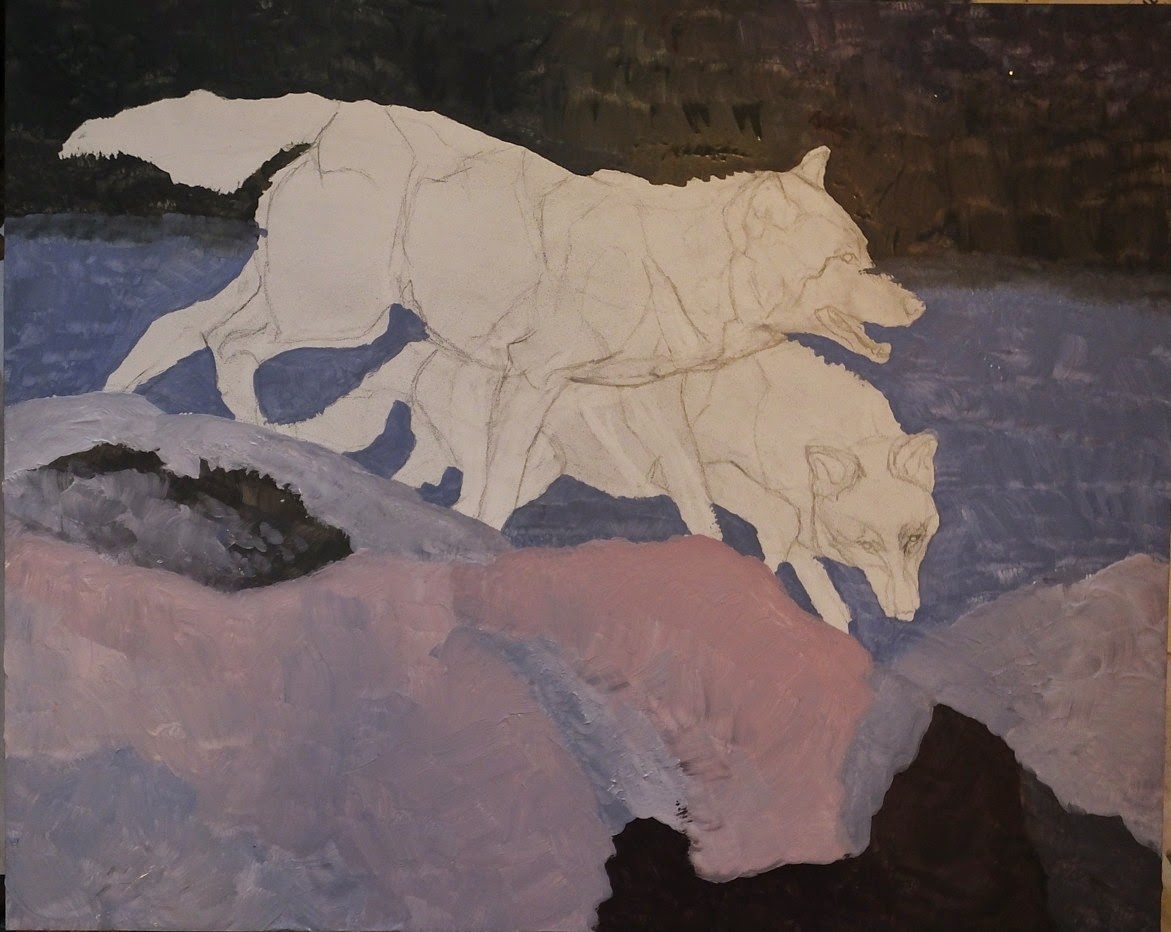 The last post featured a photo of the wolf painting that I sketched out. This week I found a few hours to lay down some foundations of paint. 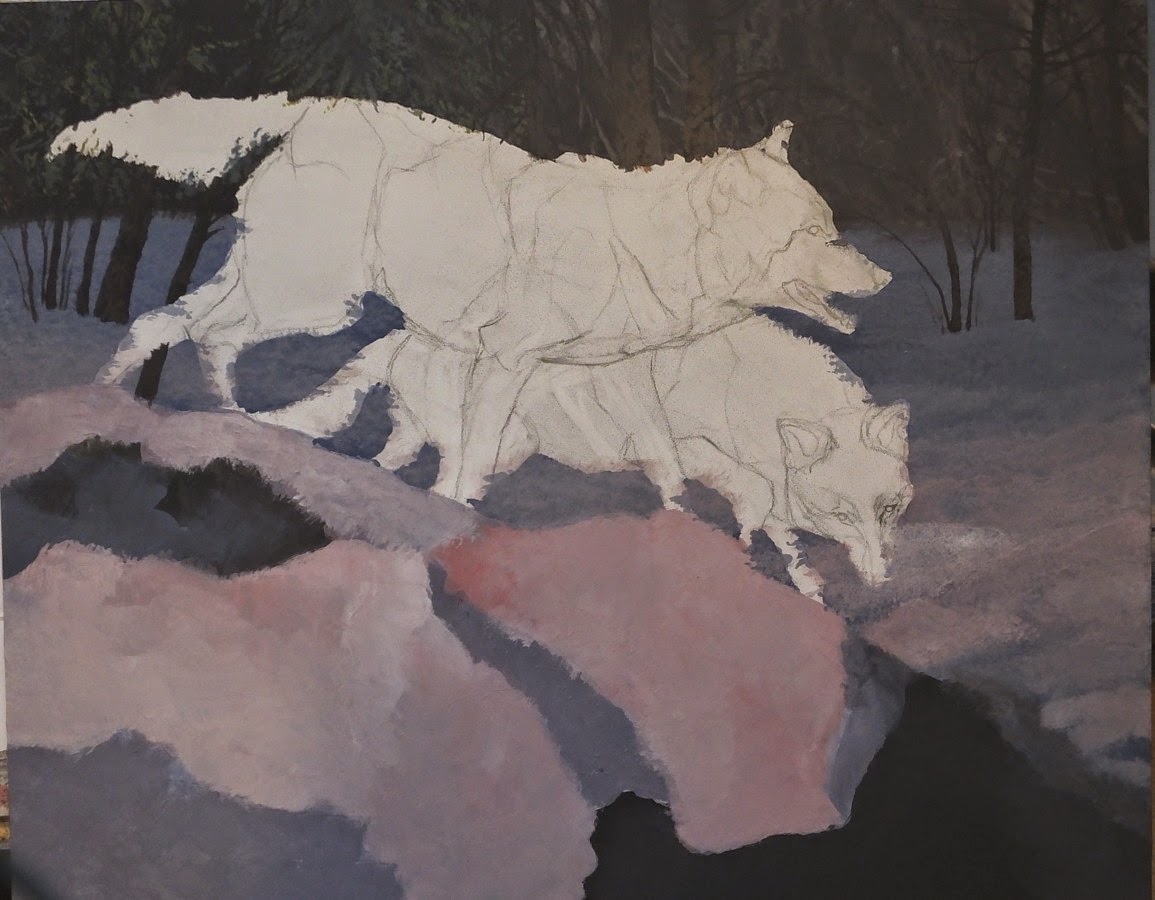 I put two coats of paint down and then added a few small tree trunks in the background after I built up a little bit of texture on the snow. 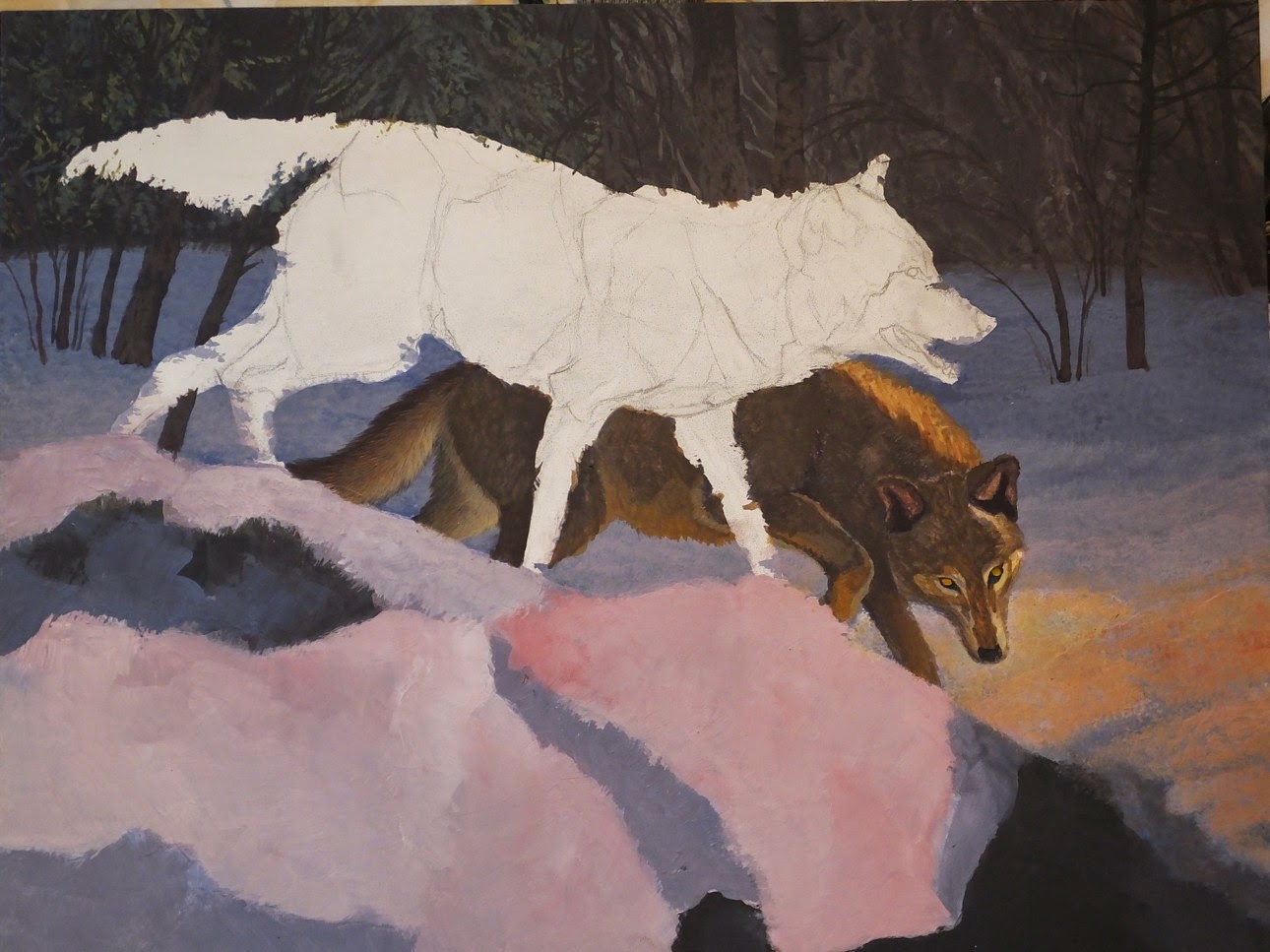 Even though the background is still rudimentary, it is time to lay down some foundational tones on the wolves. I should be working on it right now but I lack the motivation. 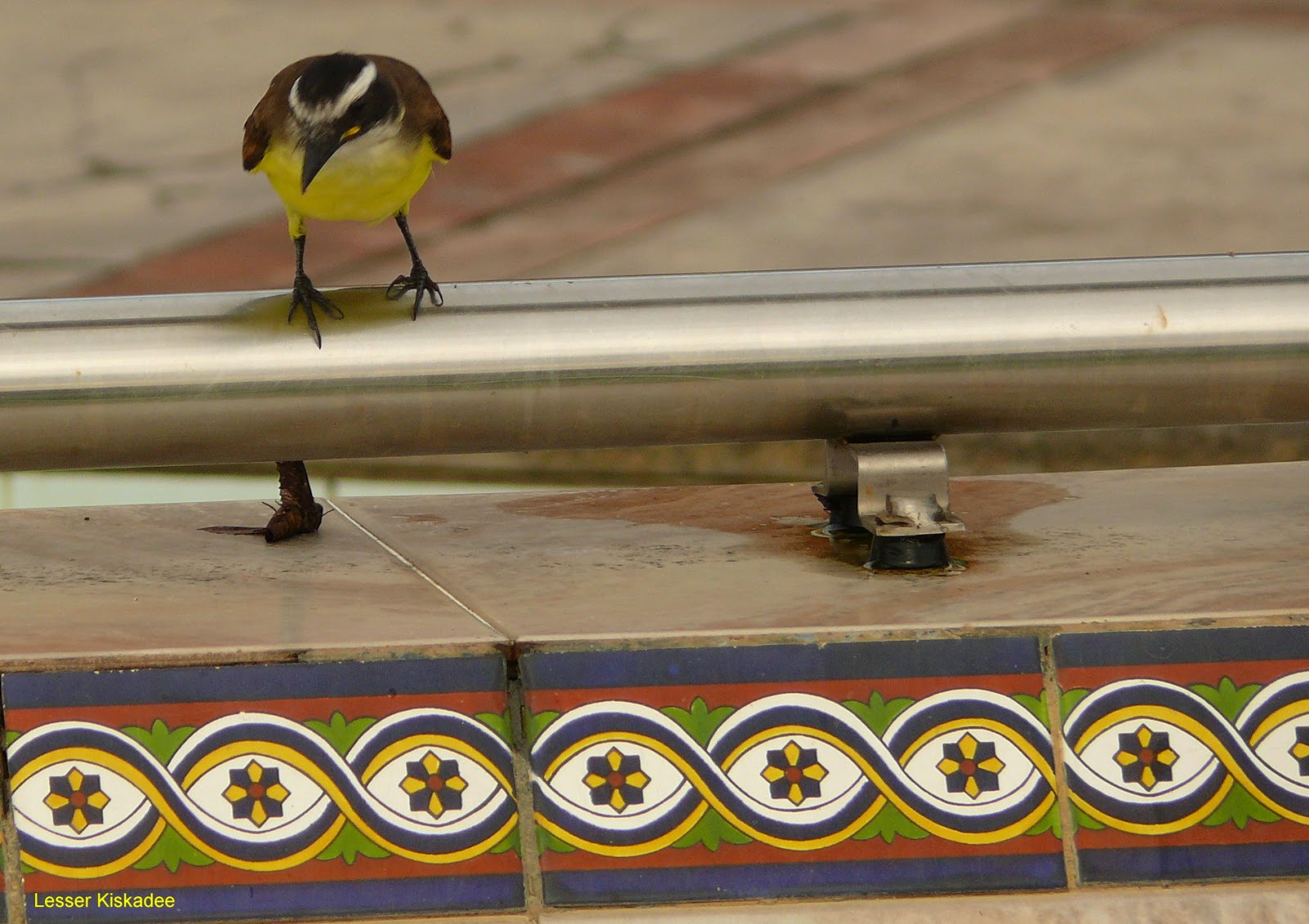 The last post featured a few previously unpublished photos of Los Charcos, Peru. This post will feature a taste of the Peruvian Amazon, including this photo of a Lesser Kiskadee in Iquitos. 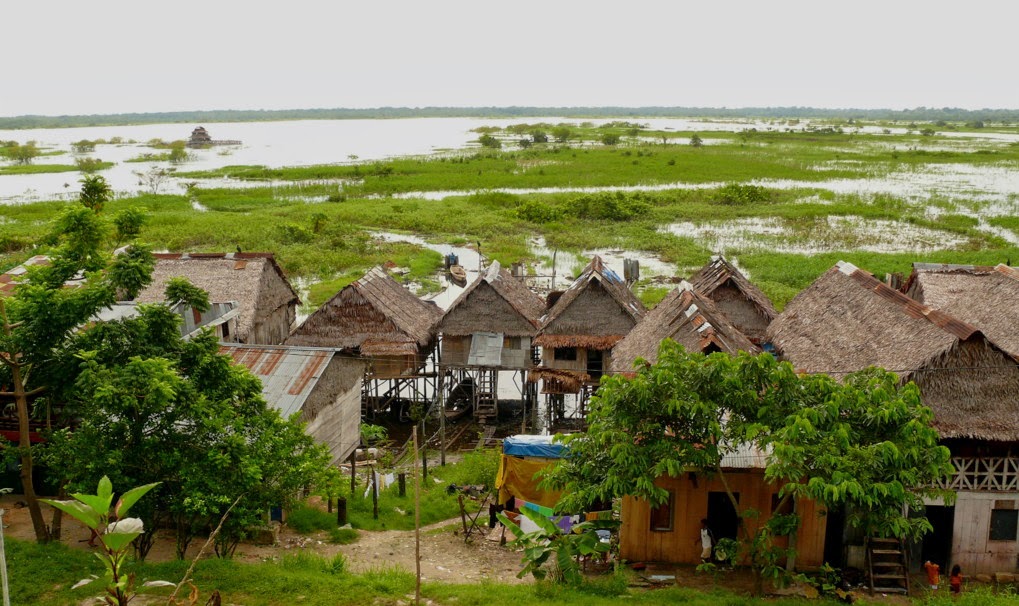 After photographing the Lesser Kiskadee in the fountain on the Malecon in Iquitos, I turned 180 degrees and photographed the Amazon River. Large sections of Iquitos are built upon spindly stilts. For some reason I felt right at home in Iquitos. 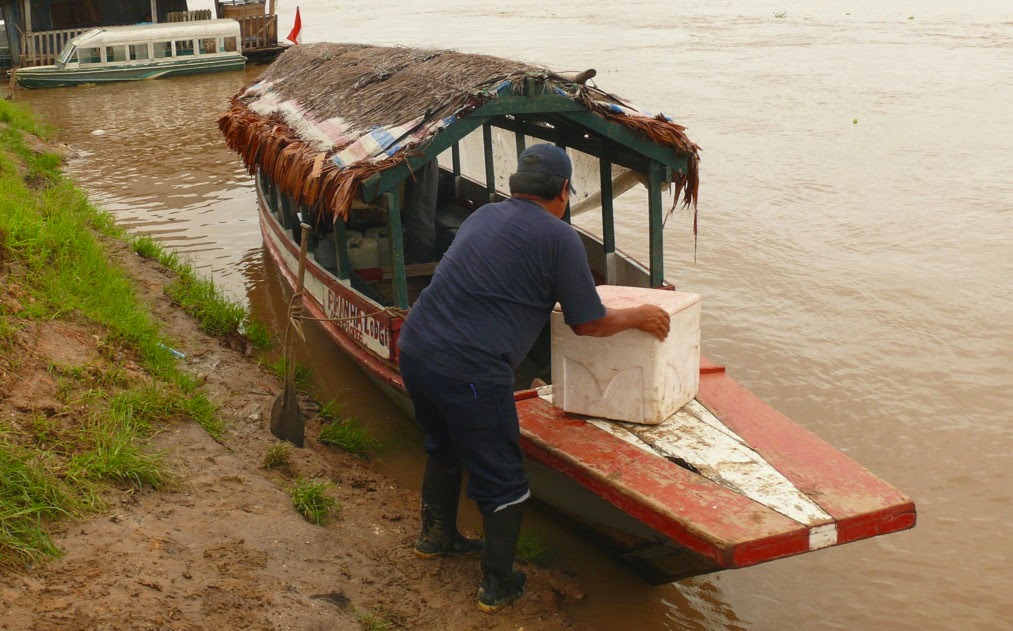 I hopped on a rustic wooden boat and headed for an ecolodge upriver from Iquitos. The white box contains fresh groceries for the lodge. 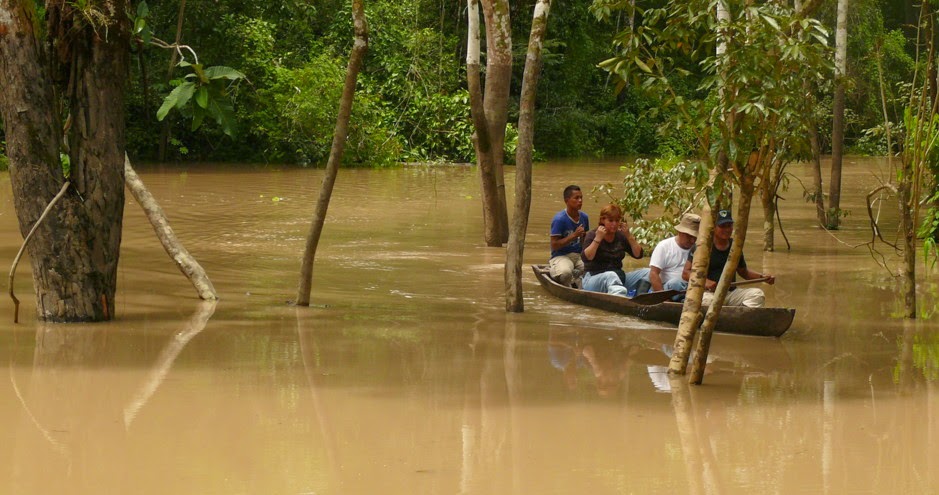 Upon arrival to the lodge on the Cumaceba River, we transferred to dugout canoes and spent our days and evenings exploring the flooded forests. My poor back was in agony after only a few hours of sitting up on narrow wooden planks. This lasted for three days at this lodge, then three more days at another rustic lodge. 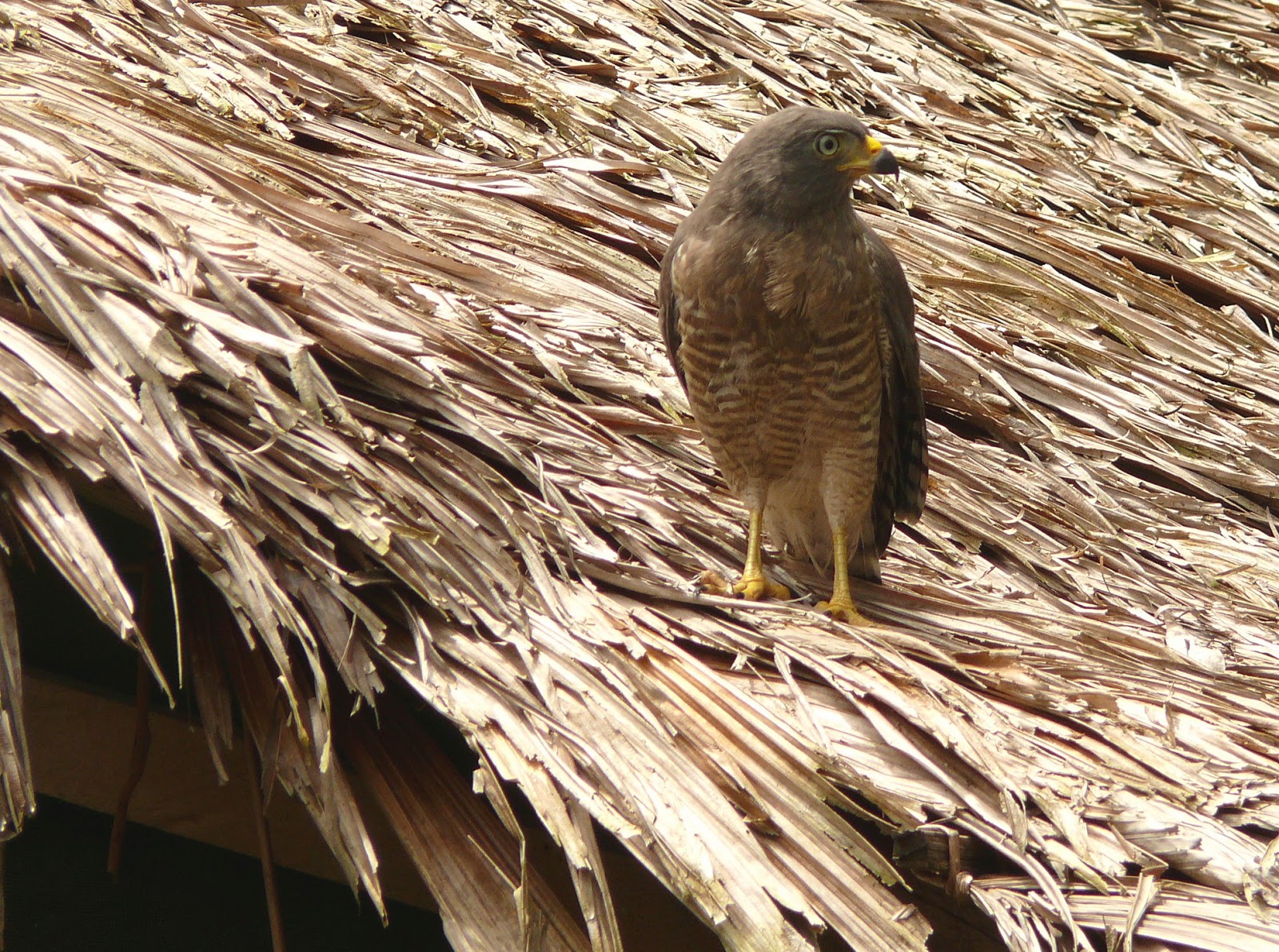 There were several exotic raptors that hung around the lodge hoping for table scraps, (fish guts) from the kitchen. This is a Roadside Hawk, patiently waiting on the thatched roof. 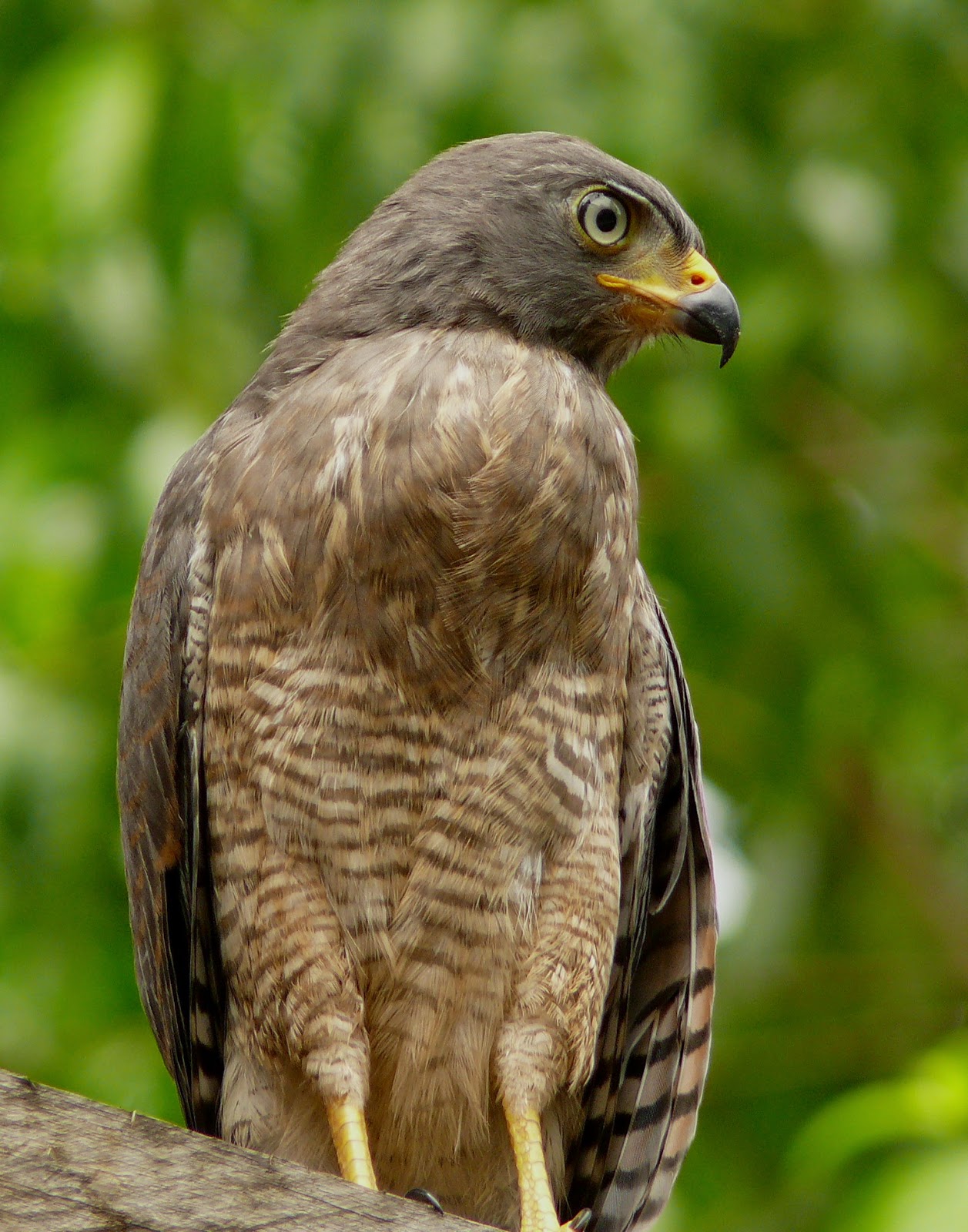 This bird seemed to know when feeding time was. There were also several Yellow-headed Cara caras. The Roadside Hawk dominated them.

Perhaps "Roadside" Hawk could be "Riverside" Hawk in Peru !

I also forgot to mention the Slate-colored Hawk, Laughing Falcon, and Black-collared Hawks that also were in the area.