Spring Arrivals and a Surprise 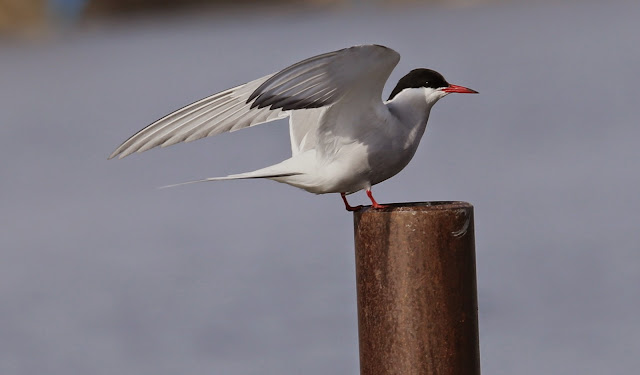 Poor Dan will have to wait yet another week before I can continue posting photos of his trip to Thailand. Who knows when I will finally get to posting photos of Maggie's trip to Iran? Yes I said Iran. No one goes there, but she did, and loved it.
In the last few weeks birds have been showing up in Alaska and I have been out and about with my new camera and lens to photograph them. Although I have zillions of Arctic Tern photos taken from this same perch in Westchester Lagoon, I had to try it with the new equipment. 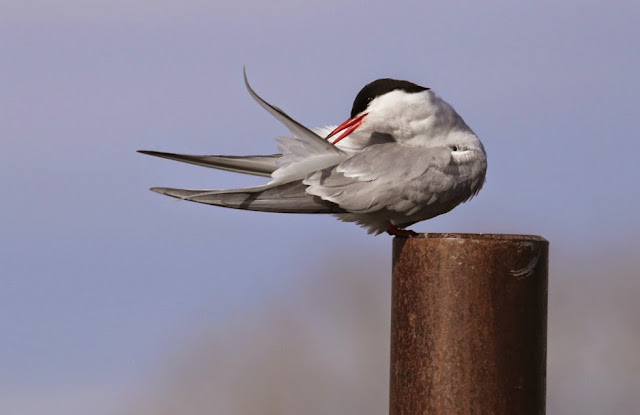 I cannot see any improvement in image quality using the Canon 6D over the HS-50. The Fujifilm camera is so much easier to manage and more powerful. 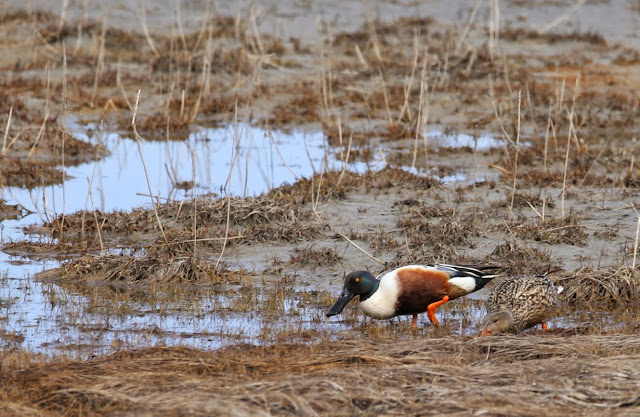 I like this photo because you can easily see the drake Northern Shoveler but did you notice the hen shoveler right next to him?
She almost becomes invisible in the grass. 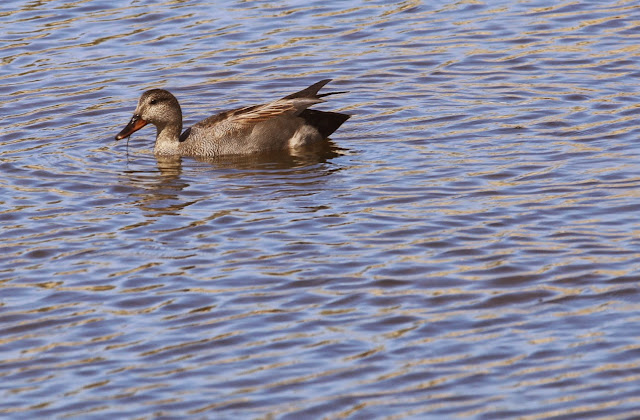 A boring shot of a drake Gadwall. Nevertheless I am happy to see him. 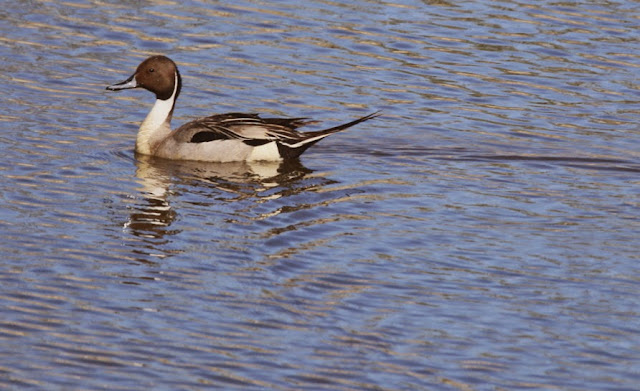 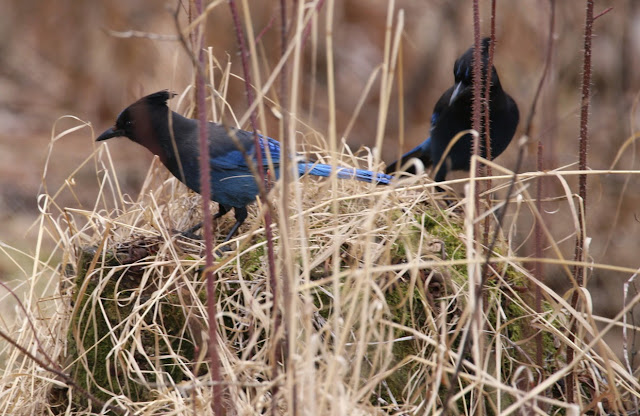 I photographed this pair of Steller's Jays several weeks earlier. They were gathering nesting material. 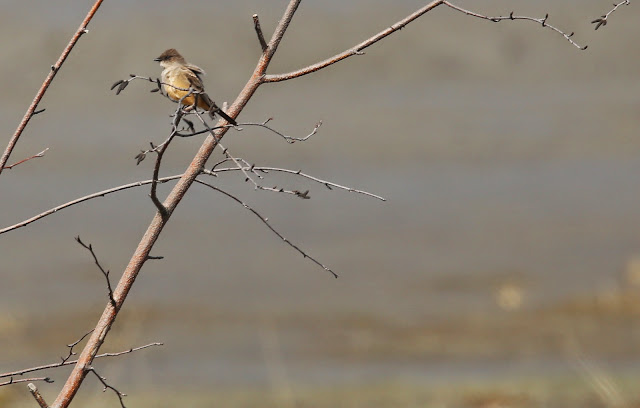 This bird was a nice surprise to see along the coastal trail. Do you know what it is? They do not normally occur in this part of Alaska. It is common further South but a nice new addition to my Alaska bird list. I have not seen one since I my last trip to central Mexico years ago. It is a Say's Phoebe. 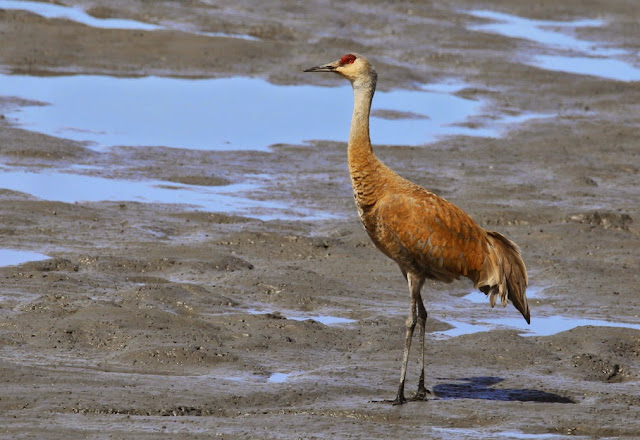 All of the nature oriented people around here anxiously look forward to the arrival of Sandhill Cranes. 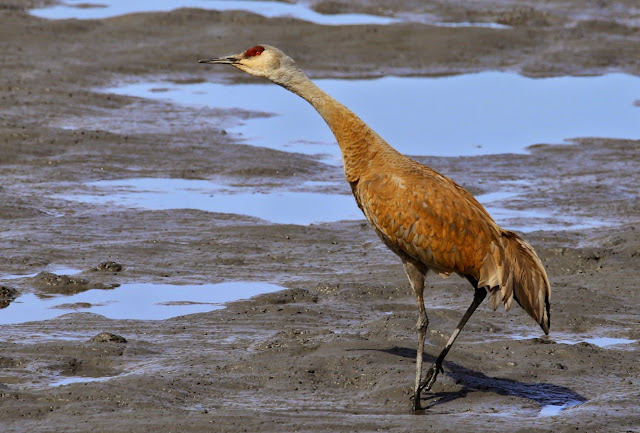 I believe that its mate was sitting on the nest hidden in the grass in nearby Fish Creek. 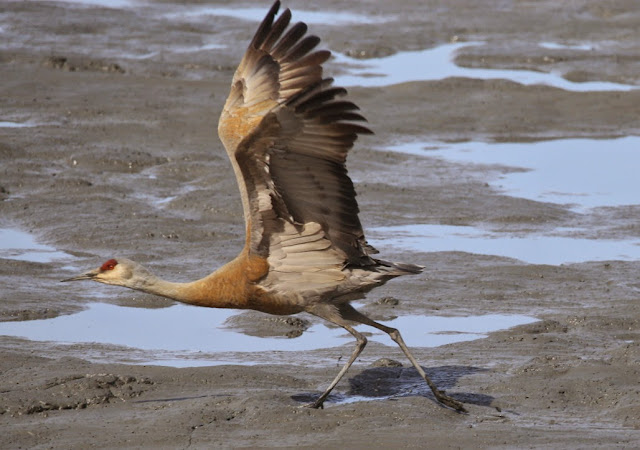 The crane gets a running start before taking flight. I did'nt disturb it. Noisy hikers on the coastal trail did. I don't think they even noticed the crane. 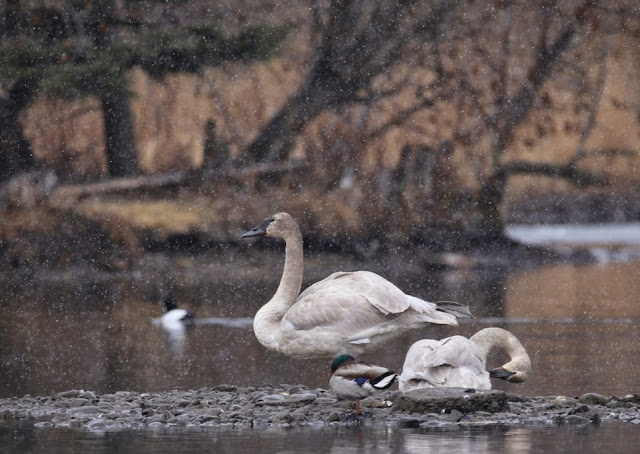 I posted this photo earlier. I decided to paint it. 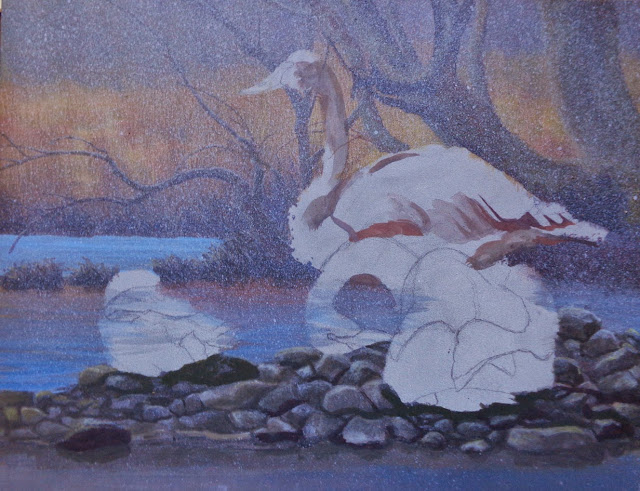 Notice the changes I have made in the arrangement? It has been well over a month since I have lifted a paint brush before starting this 11x14" composition. Shame on me.
Posted by john at 2:53 PM

Good photographs John,i find the painting of the trumpeter swan a good starting point for a beguin a good painting.

Thank you Marc,
I do like the way me new camera worked with the Sandhill crane. Good sharp detail and color saturation.

I like the rearrangement of the subjects in the photo for the painting - why don't birds make more effort when they are having their photo taken ?

Thanks for your comment John. I have finished the swan painting and will post a photo soon.