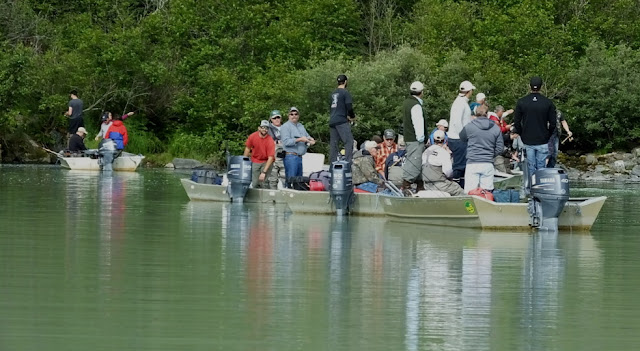 Continuing our trip to Redoubt Bay; the weather was near ideal as it has been most of the summer.
At one end of Otter Lake there was a group of about 75 fishermen in small boats bunched up at one end of the lake and enjoying a lot of beer.
The photo above is just a small sampling of the total number of fishermen. They each had to pay a lot of money to get  there but the lake's salmon were all in one small area and the fishing boats had to take turns to get close enough to fish. Most of the time was spent waiting and casting in vain. That explains the generous beer swilling. I suspect that many of these guys were not bothering to fish at all. It was party time. An annual event for many. 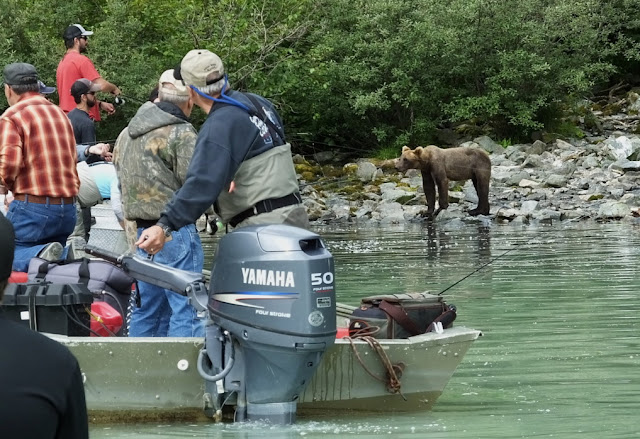 The abundance of spawning salmon caught the attention of some shore-bound fishermen. The boat guides got ready to peel out in an instant if the need should arise. 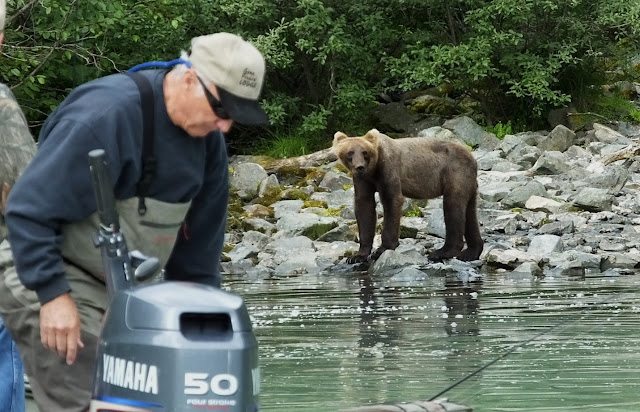 The salmon were all bunched up at the far end of the lake because they were staging to make a sudden dash up a small creek. The bears were awaiting their chance at the fish. The salmon had to survive the fishermen first, and then the bears. Not one salmon is going to survive in the end anyway. It is a one way journey for them. The first bear was soon joined by its sibling. They made sure that the fishermen kept their distance. 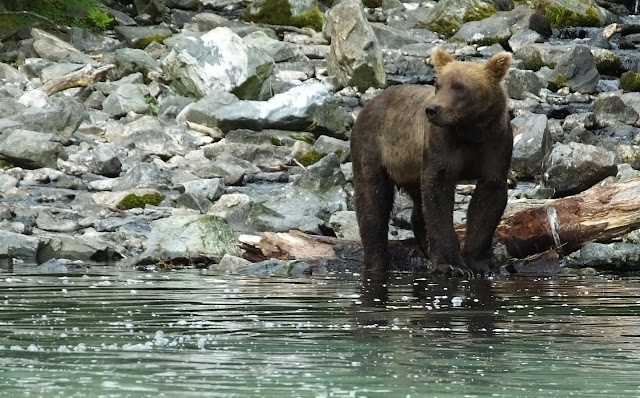 The dominant bears in the area rule over the prime spots. 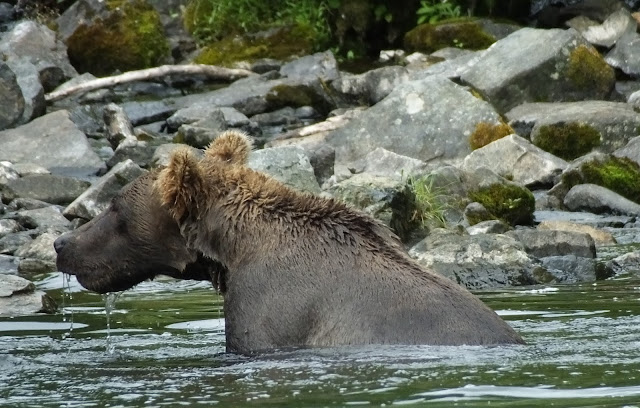 I desperately wanted to get photos of bears snatching fish but when a bear got a salmon it would either gobble it down in an instant or rush into the bushes with its prize. I could not mange to photograph the action. 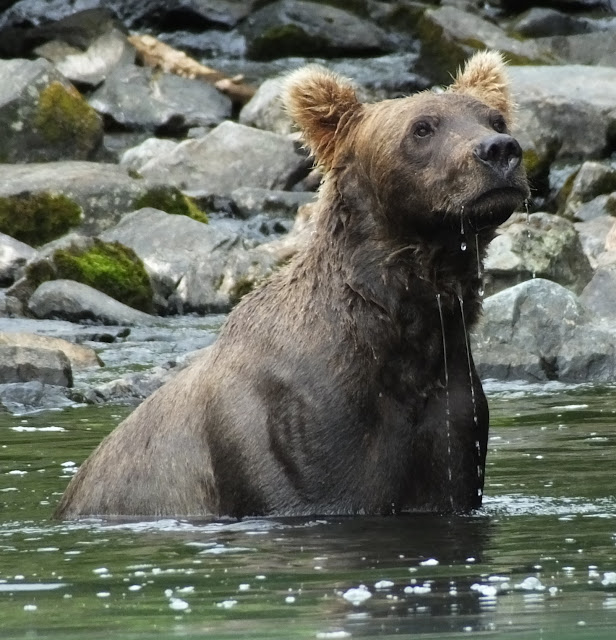 I am pleased that I could get close enough to bears to get good photos. 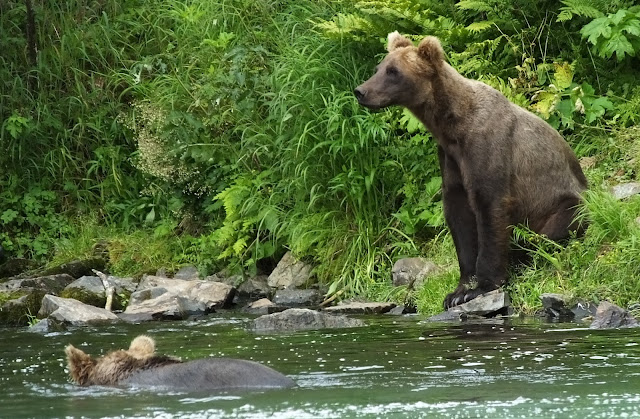 Some of the less dominant bears dared not enter the water. 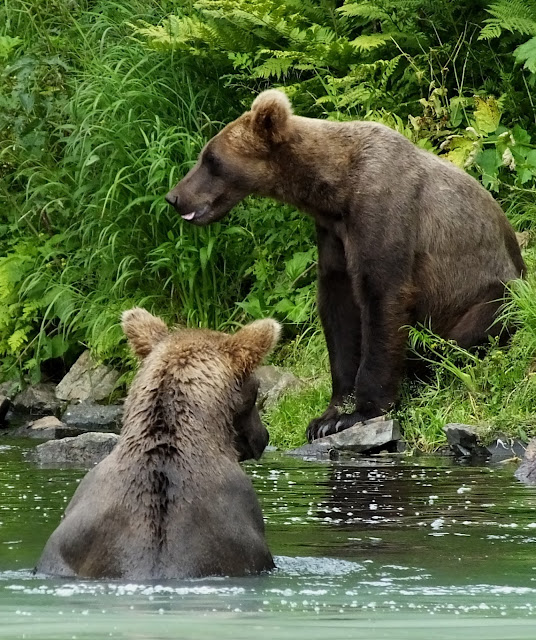 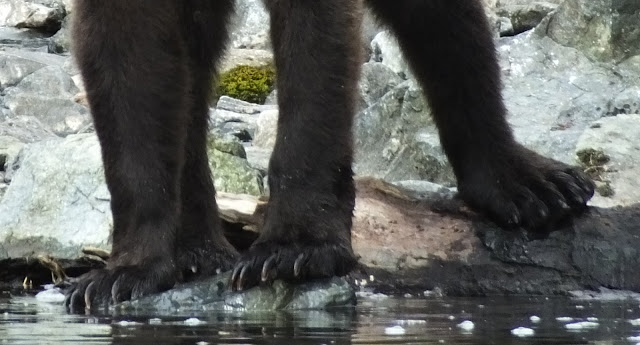 Tools of the trade. 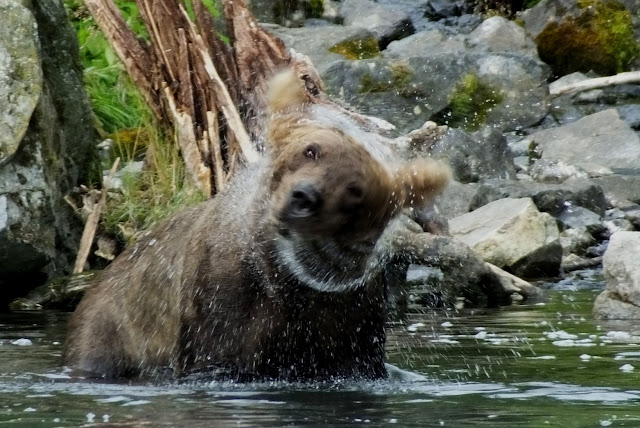 This photo reminds me of my old dog. Only this dog weighs about ten times more than my old Golden Retriever weighed. 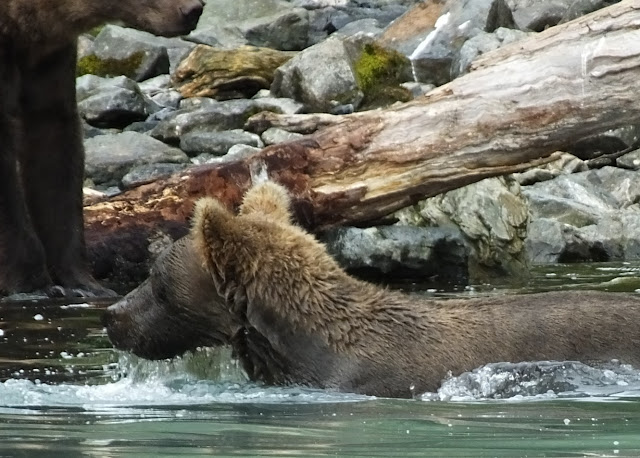 The bear shook itself dry and dove right back underwater.
There is still more to come from Redoubt Bay.

Thank you for your comment. I am saving some of the best photos for last, which should be in the next post.