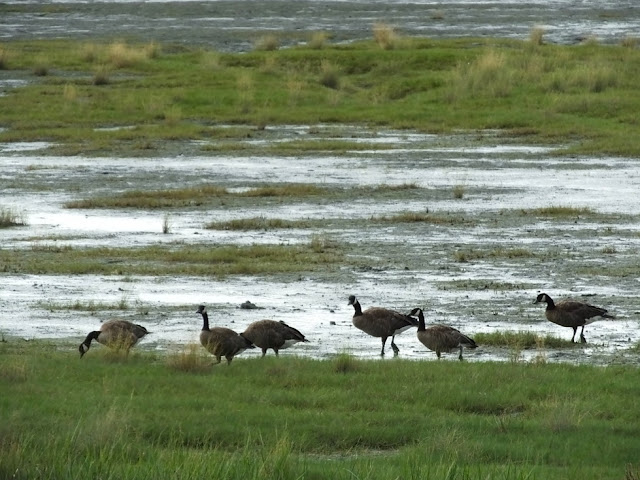 Before getting to the newest painting I will show a smattering of recent photos like these Canadas on the mud flats. 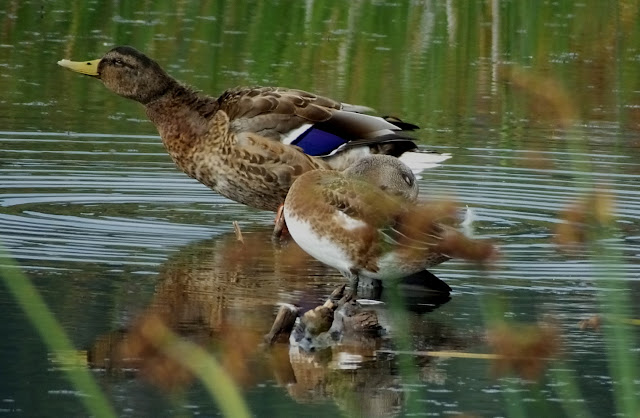 Most species of ducks have already flown south. Those that remain are moulting their feathers like this Mallard Drake and Am Wigeon. Many ducks are flightless at this time of year. 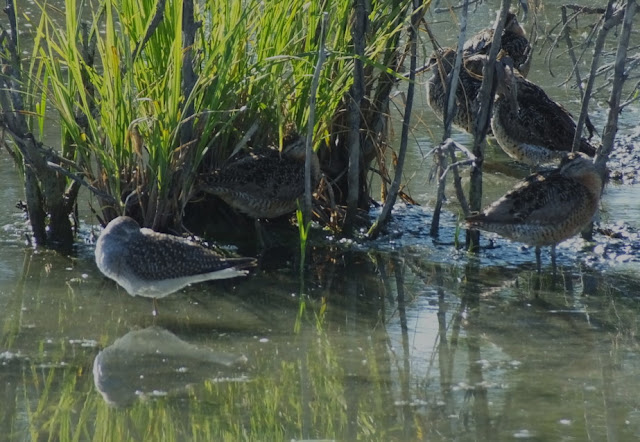 There are still some Short-billed Dowitchers and Yellowlegs. 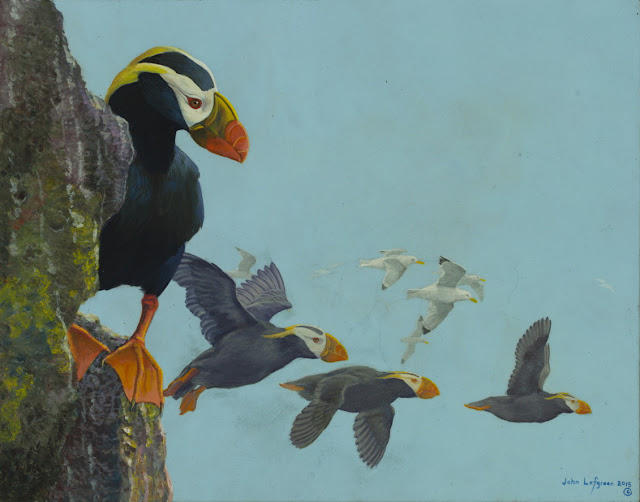 I showed this painting before but in the meantime I made a few minor changes. I added the kittiwakes in the background in an attempt to cover up some smudges and pencil lines that showed through. I think that I will call this one, 'On the Flight Deck'. 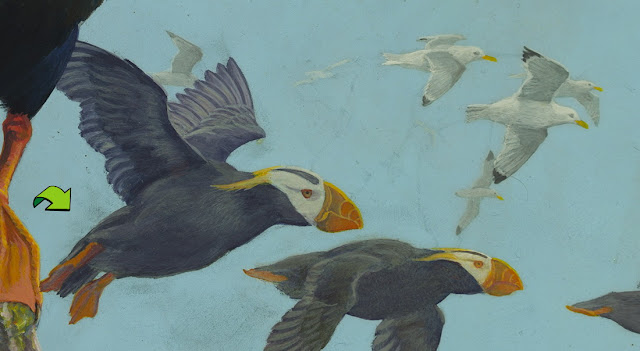 If you look closely in front of the arrow you can see some of the smudges around the puffins in flight. Since I have varnished this painting there is nothing much that I can do about it now. The smudges show up in life better than this photo indicates. 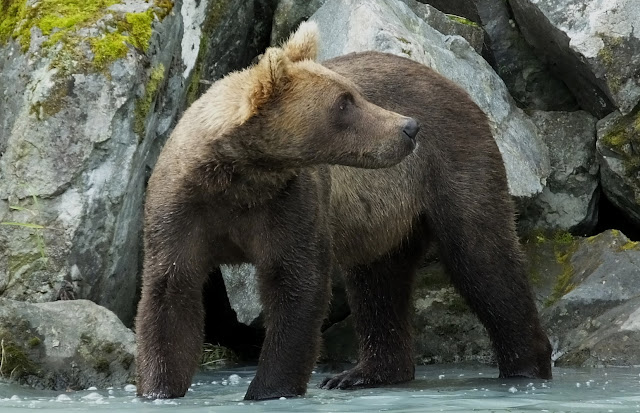 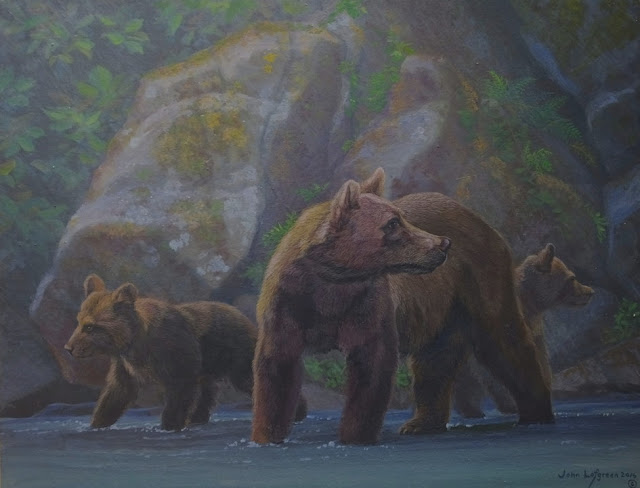 The painting is 11x14". The actual painting looks better than this photo. 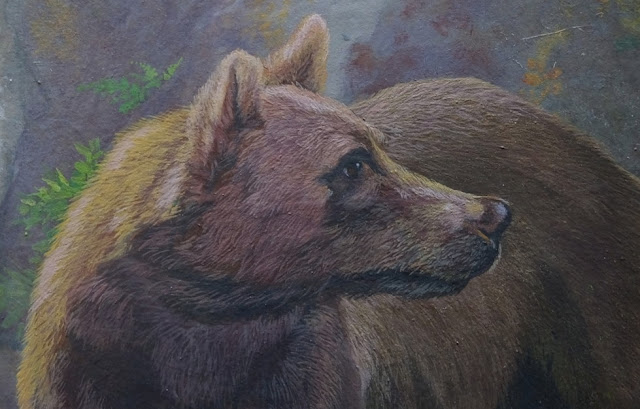 The working title is, 'Don't Mess with Mama'. 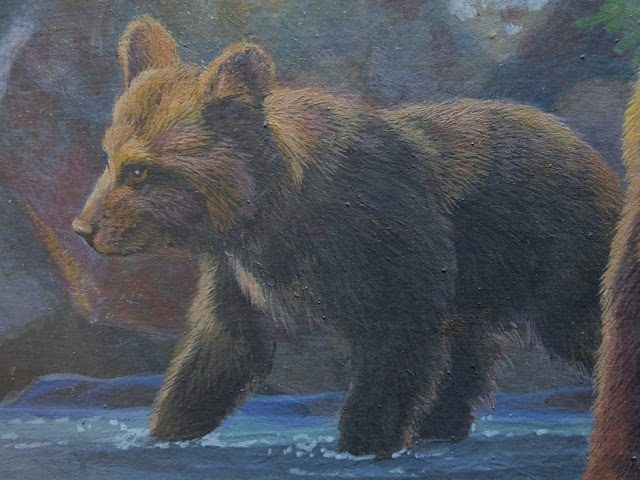 The cubs were inspired by photos that I took at Brooks Camp last Summer. 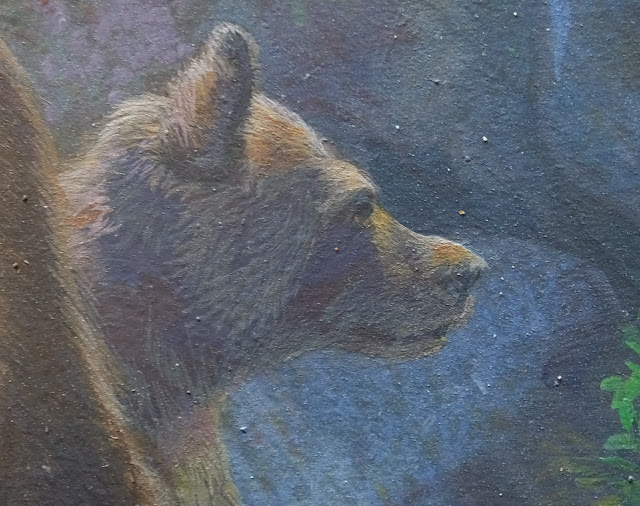 This is actually the same cub as in the previous photo, taken in a different pose.
Posted by john at 3:35 PM

"Mama ALWAYS knows best" - interesting to see the photo and the painted version that can follow.

Thanks for your comment John, although this particular bear painting leaves mmuch to be desired. I may revisit the idea sometime in the future.