California and Some Moose 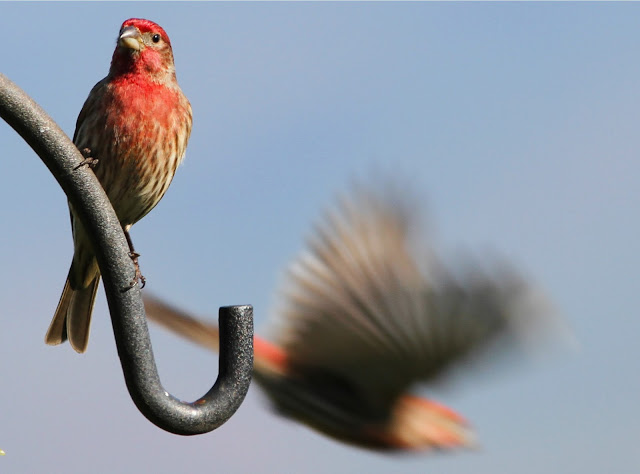 My childhood friend Don sent me some photos from his place in Nipomo, California. He got this lucky shot of a House Finch as another one flew by in the background. 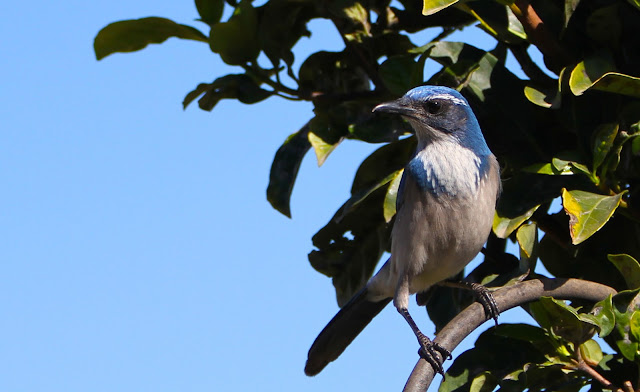 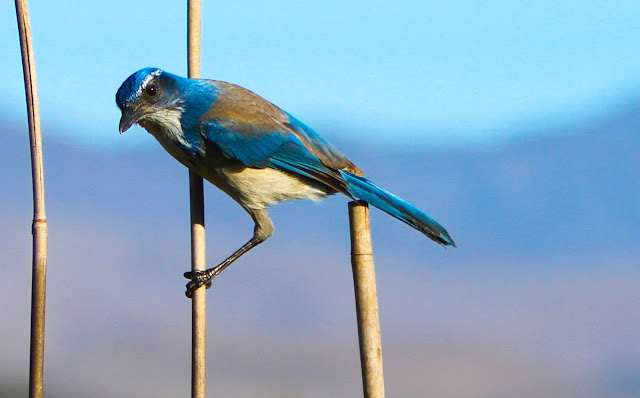 Beautiful colors but an annoying screech. They can also make some pleasant burbling sounds. 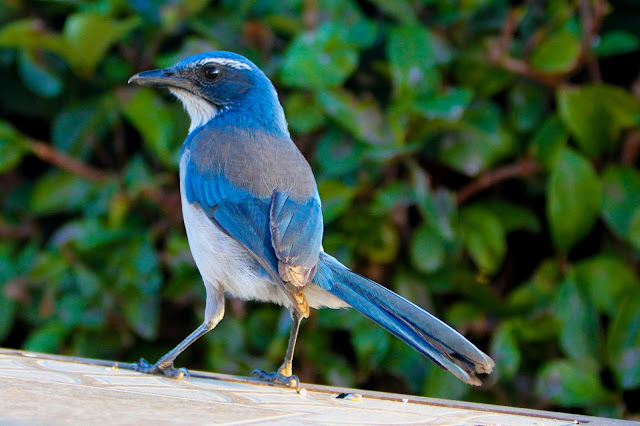 These birds come round to his backyard in hopes of snagging some peanuts or some other delectable goodies. These are familiar birds in CA that I really miss seeing because they do not live this far north. 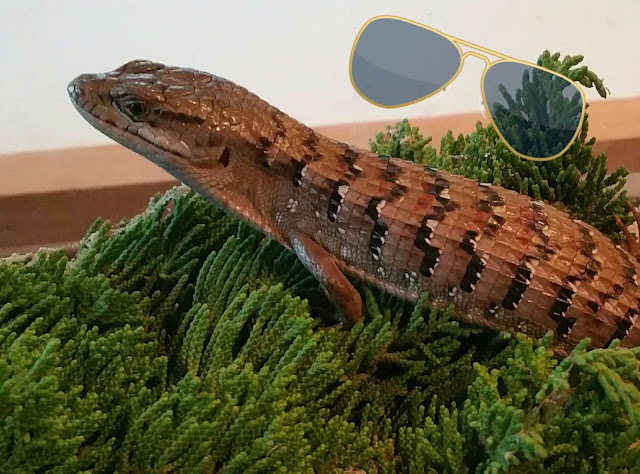 Don found this California Alligator Lizard on his property when it was very young and near starvation. He brought it indoors and gave Abraham an easy life. 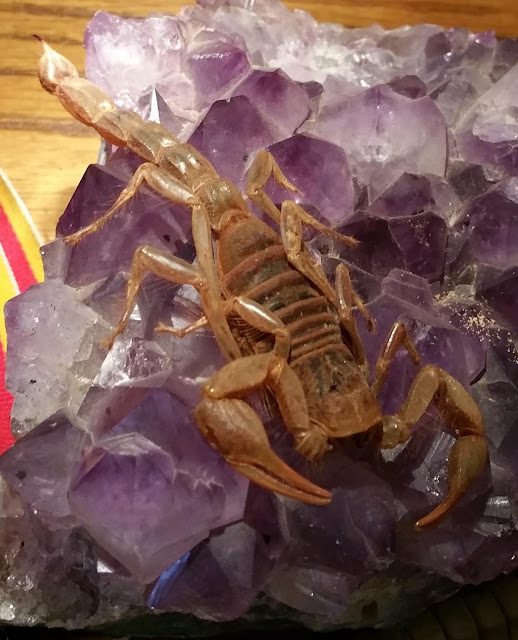 This Giant Hairy Scorpion looks alive but it has been dead for 40 years. The story of it goes like this;
A group of friends went down to Baja California, Mexico for some snorkeling after high school. We slept out on the sand dunes, (very comfortable). I do not remember the details of the encounter except that I jumped out of my bedroll early one morning when I found that I was not sleeping alone. This guy was sharing my bedroll.
We captured it but it soon died in the heat. Don soaked it in glycerine which has left it fresh and pliable all these years. 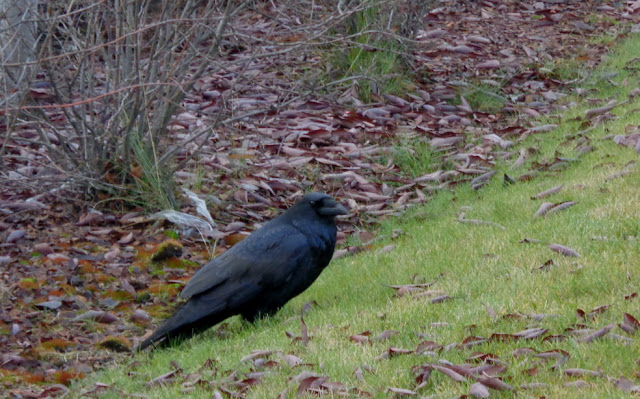 On Monday I was out and about with my cheap little Sony camera. I photographed this raven at a shopping center. 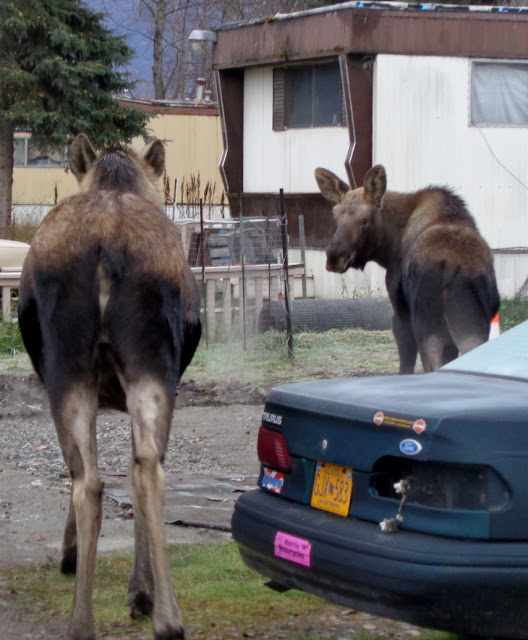 There was a cow Moose with her nearly grown calf in the trailer park behind my place. They seem to like visiting the place, go figure. 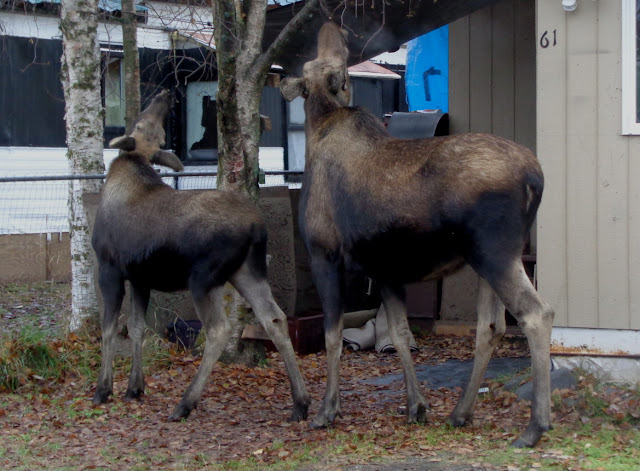 They were not too concerned about me. I was about 15 ft, (5 meters) when I took this photo. 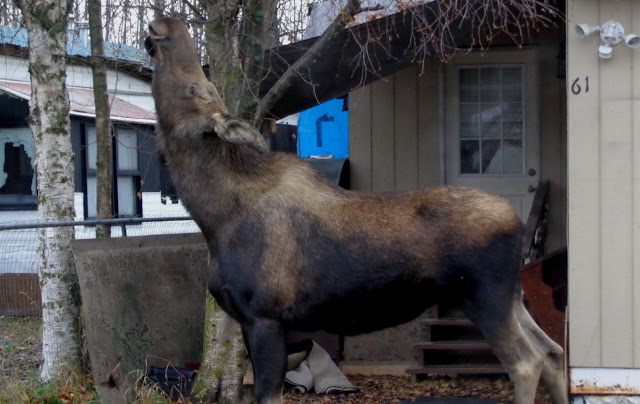 They are very powerful and imposing creatures. Imagine stepping out your door in the morning to be greeted by this visitor trimming your trees. We almost hit another Moose on the way to work the next morning. 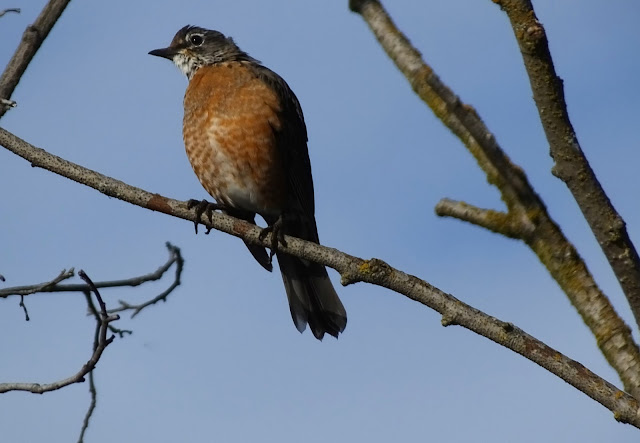 Just a shot of a friendly American Robin.
Posted by john at 11:22 PM

Thanks for your comments John and Troutbirder. I certainly not mind the Moose trimming my trees but they also devour people's gardens and ornamental plants. Lots of people shoo them away when they come to visit.
I have learned that Moose in Minnesota suffer greatly from tick infestation and other negative factors. Thankfully there are no ticks around here.