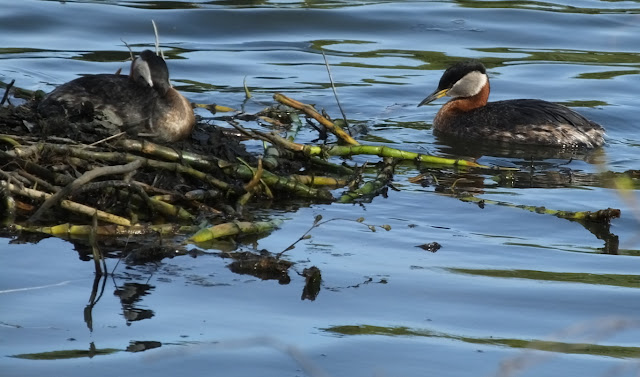 About a week ago I went to Westchester Lagoon and the Coastal Trail. Almost immediately I found a nesting pair of Red-necked Grebes. They were only about 15 feet, (5 meters) from shore. I did not want to disturb them so I sat down well back from the shore.. 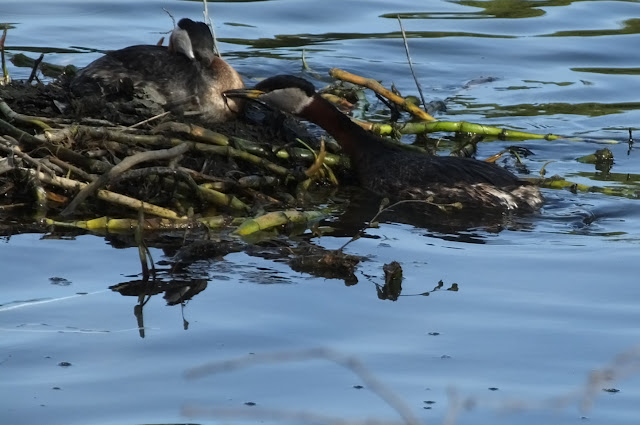 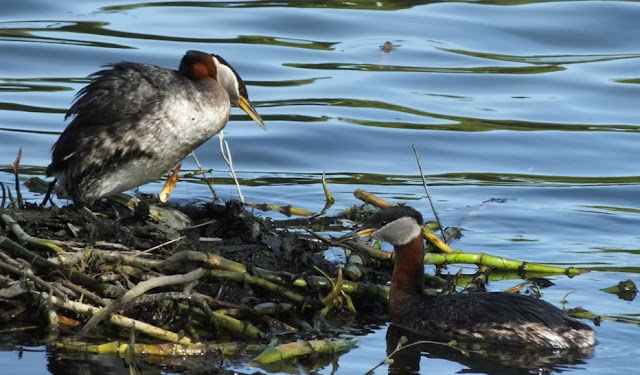 Then she stood up. This is the first time that I have seen a grebe on its feet. I could not see far enough into the nest to  see any eggs. 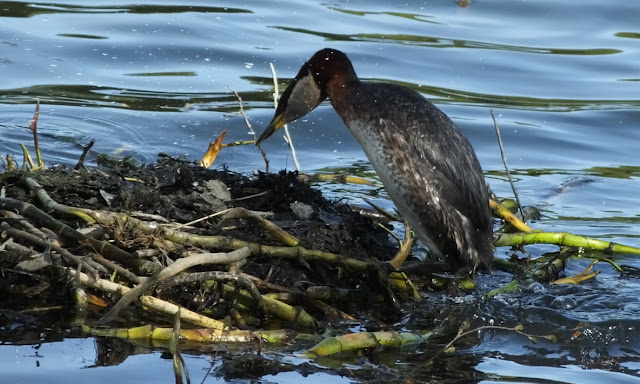 In a flash the female was gone and the male took her place. 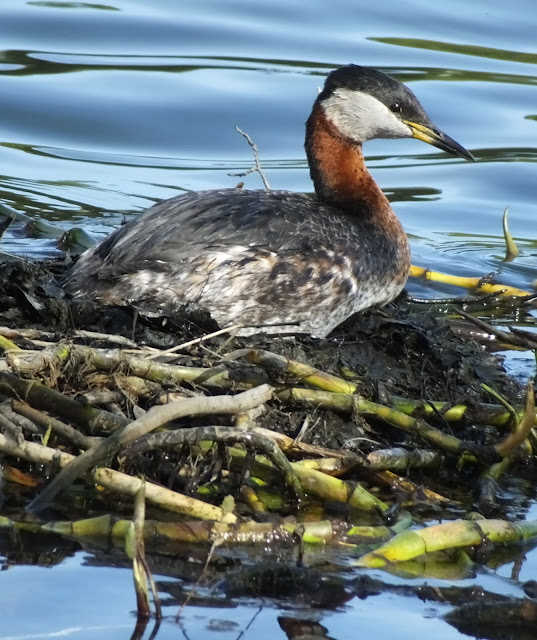 The male proudly took his place on the nest. As I carefully got up to leave I noticed another photographer on  the other side of a bush. He was right next to the nest but apparently did not disturb the grebes. 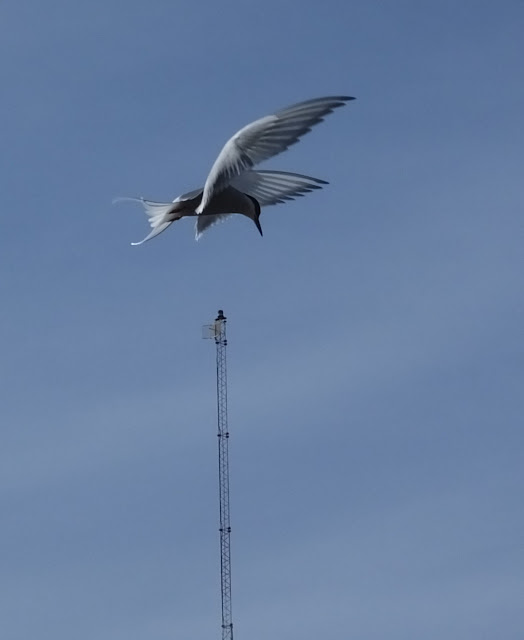 Further along the shore I sat down again trying to photograph Arctic Terns in flight. This is very difficult for me to do because I am too slow on the trigger. I cannot seem to be able to find the fast moving birds in my viewfinder. 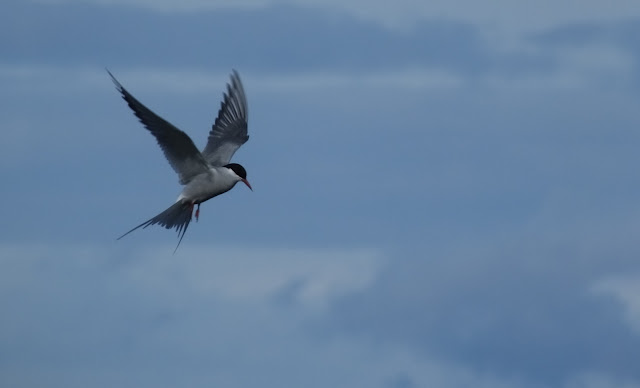 The terns seem to be fearless of people. 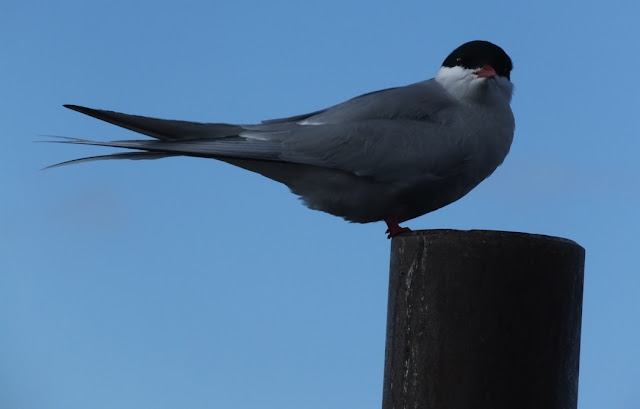 Case in point, this tern landed about 12 feet from me. 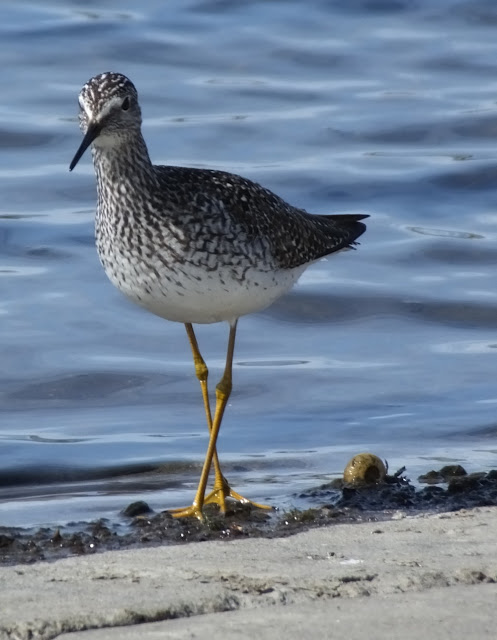 As I sat there photographing terns a Lesser Yellowlegs landed very close to me. 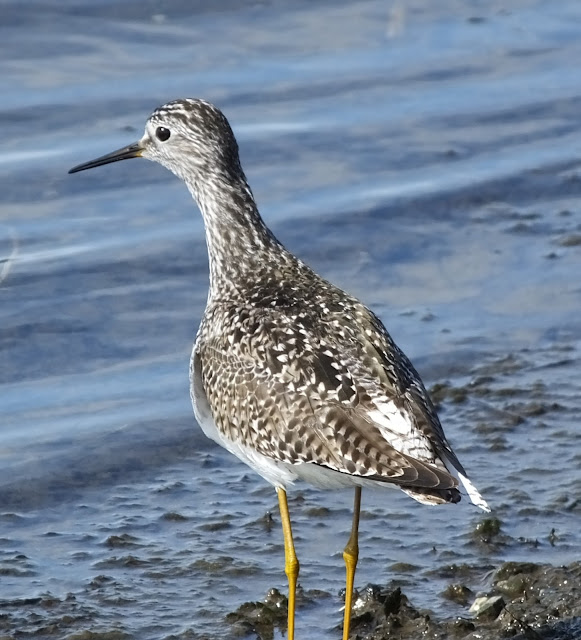 This bird was also fearless. 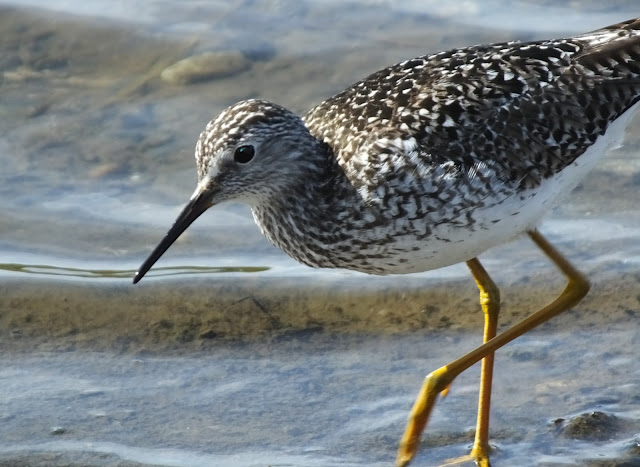 It came very close to me. All of these photos were shot with my old Fujifilm camera. It is so much more versatile than my expensive DSLR.
I have many more photos to post at a future time.
Posted by john at 7:05 PM

Thank you for your comments. My old but favorite camera is a Fujifilm HS-50. A digital superzoom. DSLR's cannot match it's versatility.