A Wolf and a Visit to the Marsh 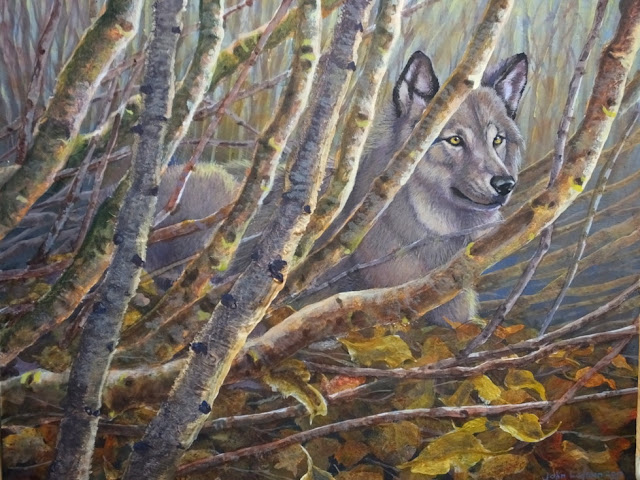 My latest painting is 11x14" and titled, 'Hiding in the Alders. I hate it. 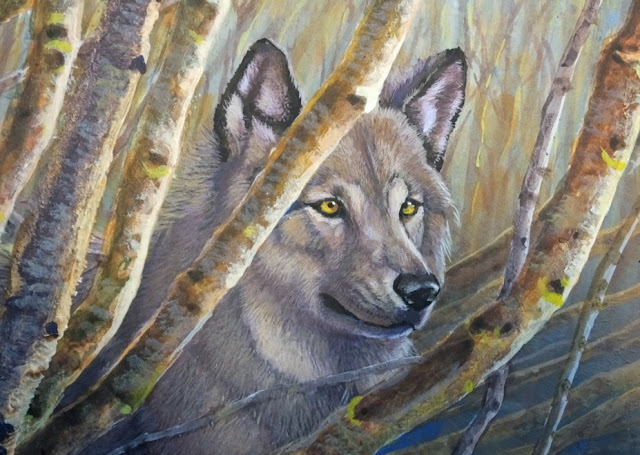 The wolf is not terrible but the Alders are very sloppy. 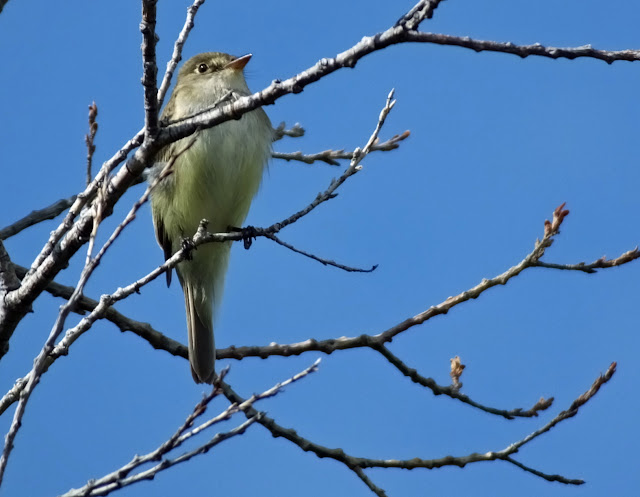 On Friday evening, (long days in Anchorage so it was like mid-day) I went to Potter marsh with friends. We got close to an Alder Flycatcher. 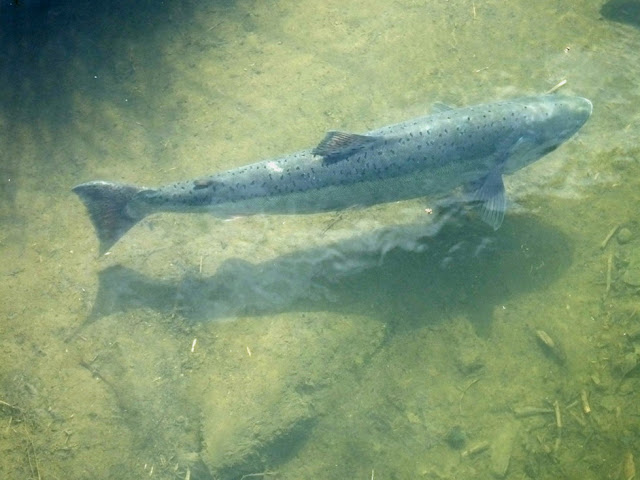 There were some large King Salmon near the long boardwalk. 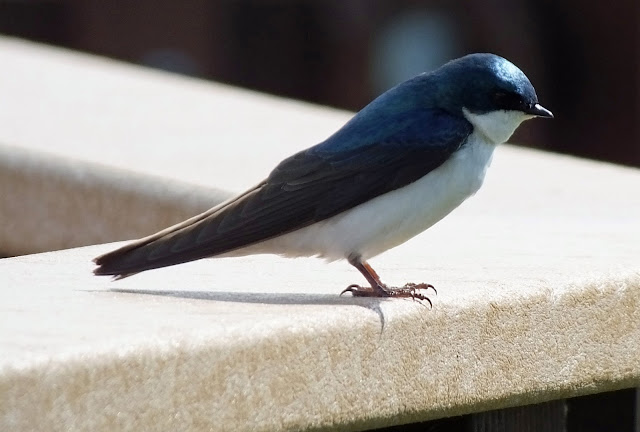 There were also nesting Tree Swallows along the boardwalk. 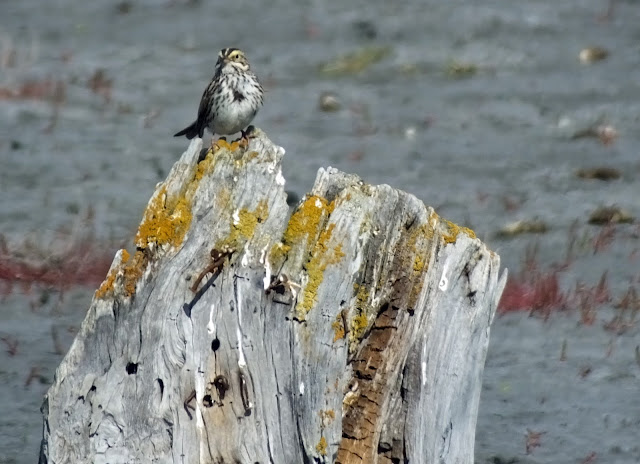 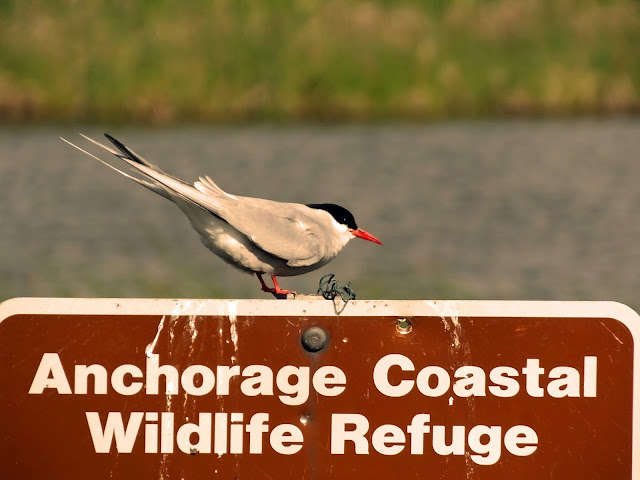 In another part of the marsh we encountered nesting Arctic Terns. 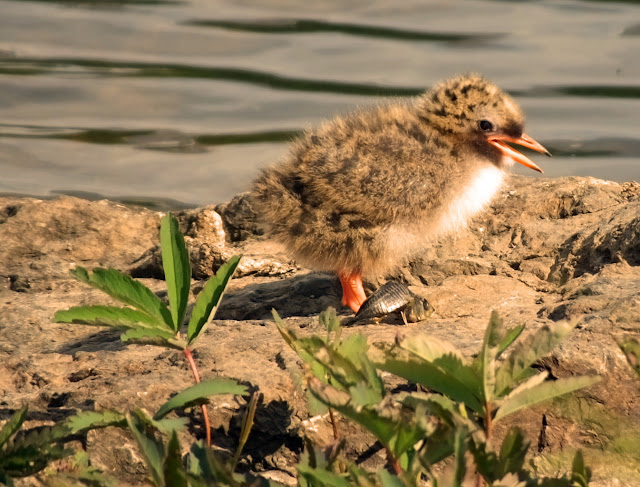 We saw a hungry chick just a few feet from the Seward Hwy. Notice the fish at its feet. 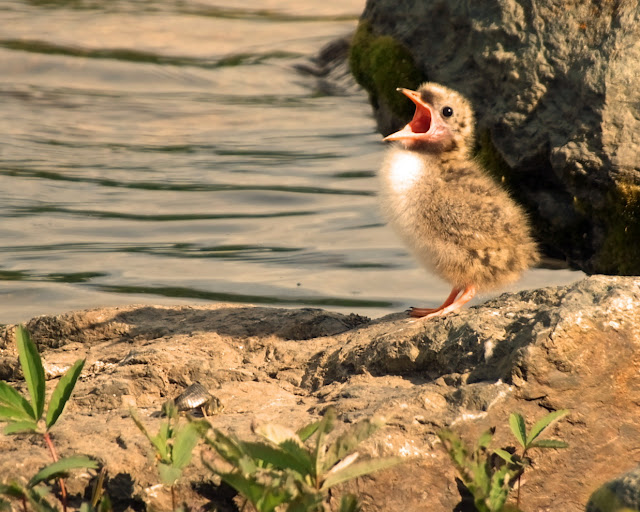 It didnt touch the fish but got excited at the approach of a parent. 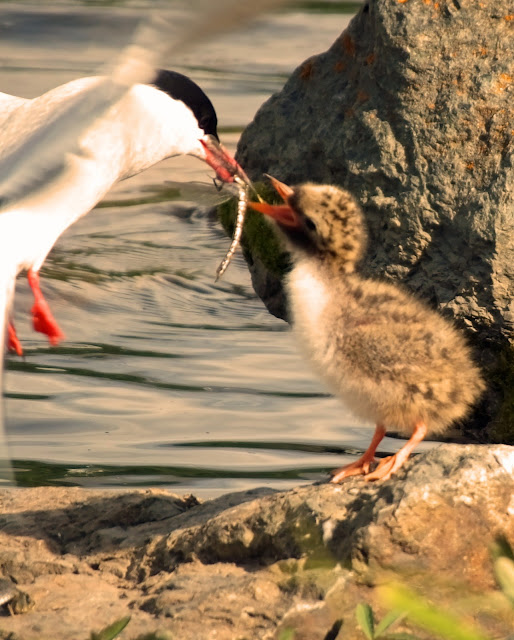 The adult gave the chick a dragonfly. 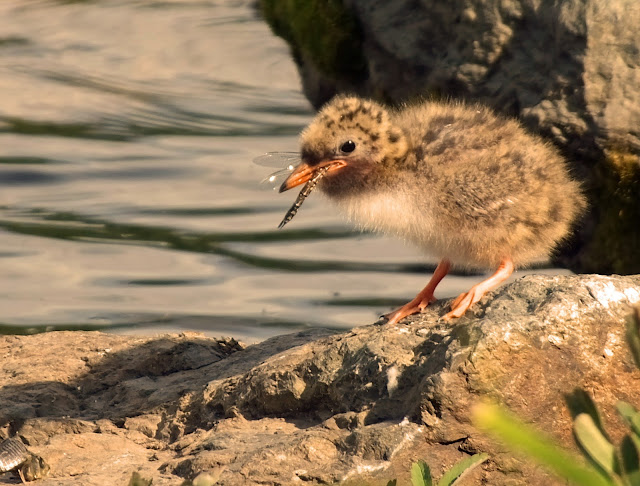 Dragonfly is probably not a satisfying meal, but its better than nothing. 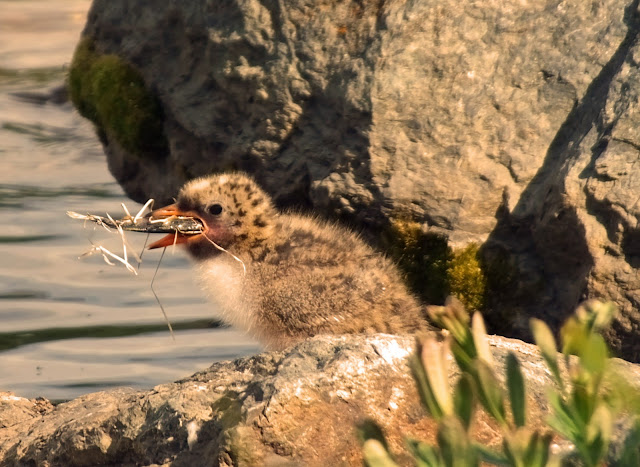 Soon the parents returned with a grass covered fish. 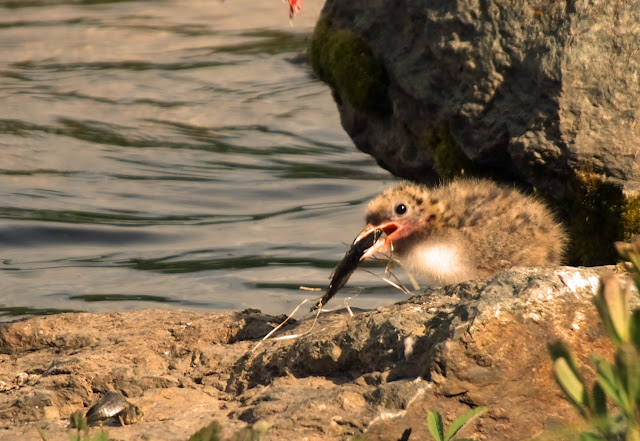 It swallowed the fish without most of the grass. 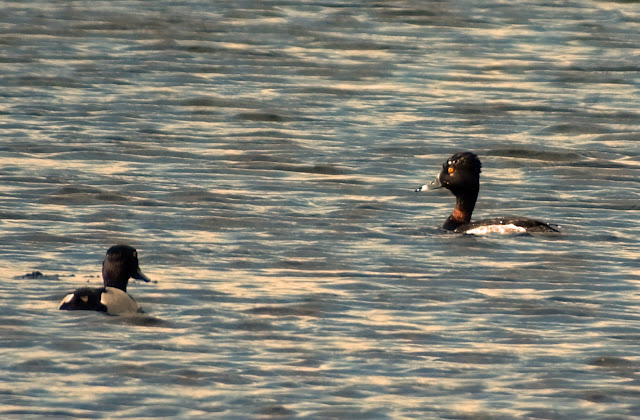 At the very South end of the marsh we saw some Ring-necked Ducks which are not all that common around here.
Posted by john at 9:36 PM

It always makes for a good introduction when a "Key species" perches on the Nature Reserve sign !