Mexico was the first foriegn country I ever visited. I have spent well over two years of my life there. San Blas, Nayarit, on the west coast is my favorite place. I have been there at least a dozen times over the years. In that time, about three quarters of the tropical forest has disappeared. Many of the magnificent, old trees have been cut down. About 5 years ago, a huge hurricane took the rest of the forest giants. In spite of all that, the wildlife is still there. 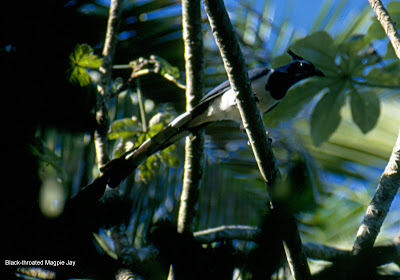 All I have are a bunch of old slides. So the quality of the photos is dismal. The bird above is a Black-throated Magpie Jay. They are huge. I saw a captive jay that had been taught to talk, like a parrot. 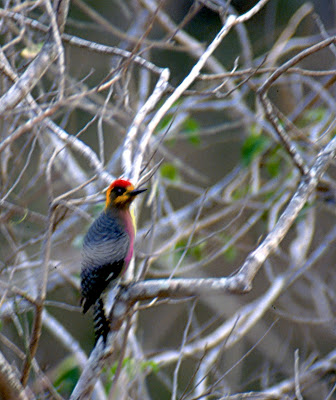 This photo might be way out of focus, but it shows the beauty of this Golden-cheeked Woodpecker. They are the most common woodpecker in western Mexico. 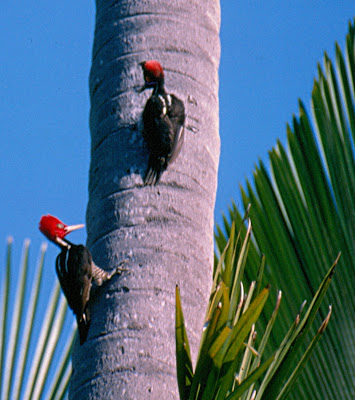 This is another photo from Singayta. The lower bird on the left, is a Pale-billed Woodpecker. The upper bird is a Linneated Woodpecker. This was the last photo on that roll of film. While I was changing rolls, a Golden-cheeked Woodpecker landed next to them, but all three birds were gone before I was ready to shoot again. What a photo it would have been. 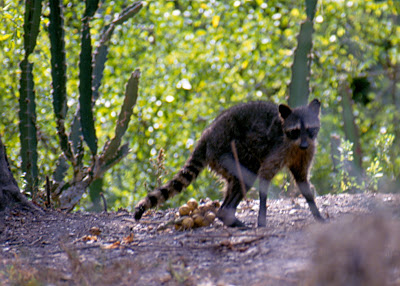 A swamp Raccoon. The fruit at it's feet was delicious, but only mildly sweet. 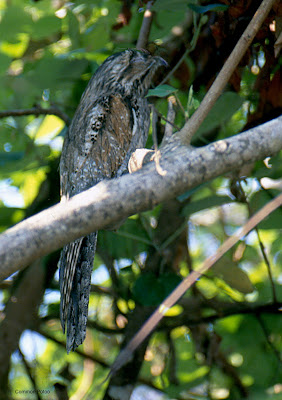 Common Potoos are a large relative of the goatsuckers,(nightjars etc.) They are so cryptic that they are almost impossible to find without the aid of a local guide. 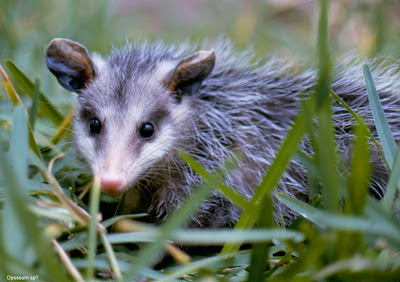 This Possum did'nt play dead. It bit me and pooped on me. I was 21 years old when I photographed this guy. 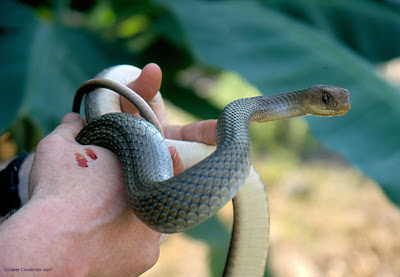 Here is another thing that bit me. It's a harmless racer of some sort. Notice the tick attached to it's face covering it's eye. 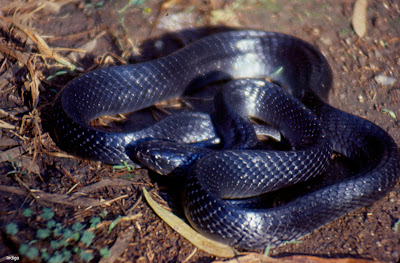 Indigos are huge, but they seldom bite. 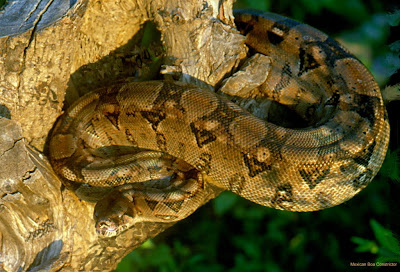 Boa Constictors are even bigger than indigos. This one acted fierce, and struck at me, but never actually bit me, even when I foolishly moved me hand to a few inches from it's face.  San Blas is reknown for it's birds, but it is loaded with reptiles as well. Unfortunately, there is also no shortage of biting insects. 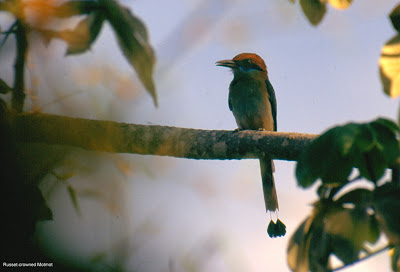 One of the most sought after birds is the Russet-crowned Motmot. 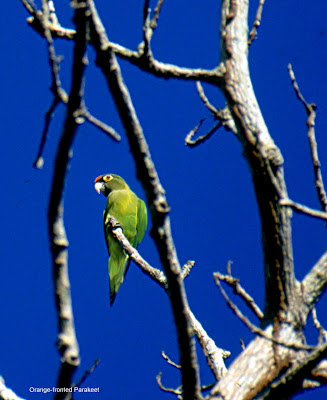 Orange-fronted Parakeets are the most common parrot in the area. Mexican Parrotlets are the smallest. There are also White-fronted Parrots, Lilac-crowned Parrots, and Military Macaws in the hills well above town. 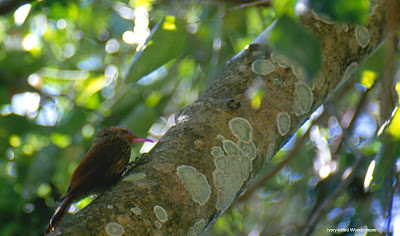 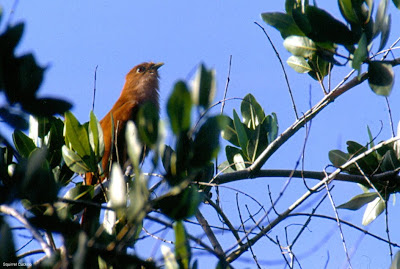 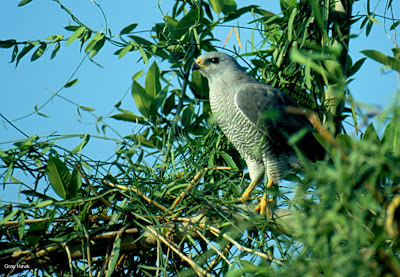 Raptors are a real tour de force around San Blas. This is a Gray Hawk. 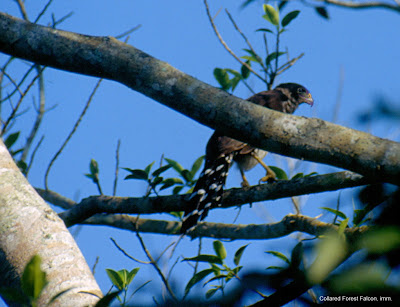 In spite of a real danger from crocadiles, I waded into waist deep water in Singayta to photograph this Collared Forest Falcon. 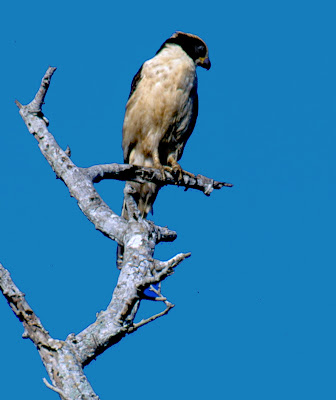 Laughing Falcons eat snakes almost exclusively. These photos are just a smattering of the photos I have taken around San Blas. From this sampling you can see why I love this place so much. Go there sometime before you die.
Posted by john at 5:13 PM

Beautiful pictures, there is a guy from Salt Lake by the name of Mark Stackhouse that spends half the year in San Blas and frequently sends e-mails to the Utahbirds.org e-mail group of his sights there. Sounds like a beautiful place, I hope some day I will be able to go there. I have been looking though the paintings you have posted here on your blog they are beautiful. If I wanted to buy a painting from you how would I go about it. you can e-mail me at colehouse1@juno.com. I love your posts.

John, I enjoyed looking through your photos and reading the short description of each. Not many people are aware of the challenges photographers face to get those shots! Any special ones that you will paint someday?