On to Portage and Whittier 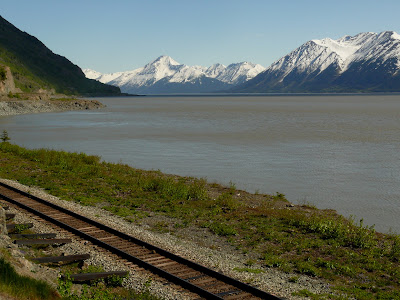 Turnagain Arm lies to the south of Anchorage. It was named by Captain Cook who tried to explore it in the 1700's but had to turn around because of shallow waters. The Seward Highway runs parallel to the railroad tracks. 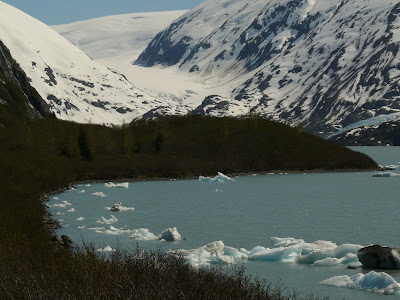 Winter keeps a strong hold on the land around the ex-town of Portage, which lies at the end of Turnagain Arm. The small town was completely destroyed in the 1968 earthquake. This is a view of Portage Lake. 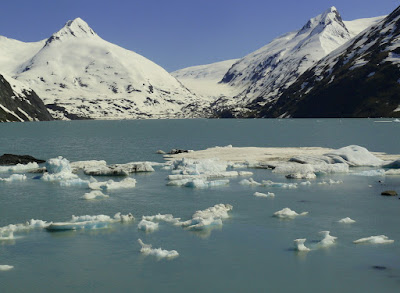 The white place in the middle is the dying Portage Glacier. It protruded out into the lake not long ago, but is about to disappear. 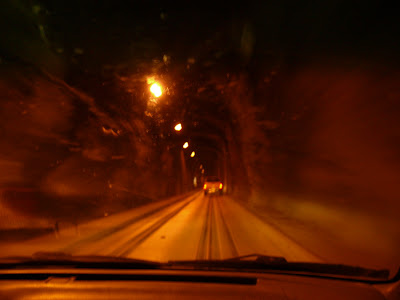 Because of avalanche danger in the steep hills between Portage and Whittier, They put the road through the mountain. The highway shares the same route as the railroad. 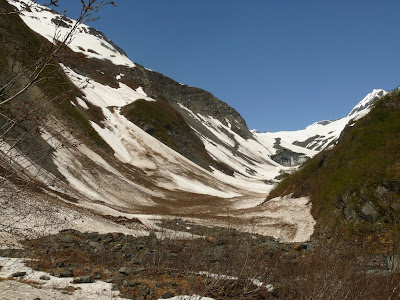 This is one of many glacial valleys on the other side of the tunnel. 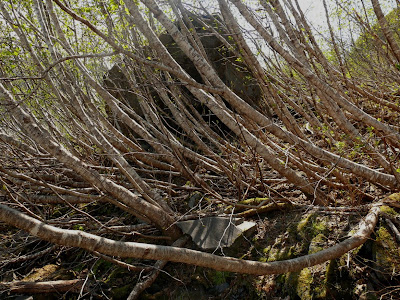 I liked the sweep of these Alder branches. They form an impenetrable wall when they leaf out in the summer. Alders are one of the first plants to become established in the wake of a receding glacier. 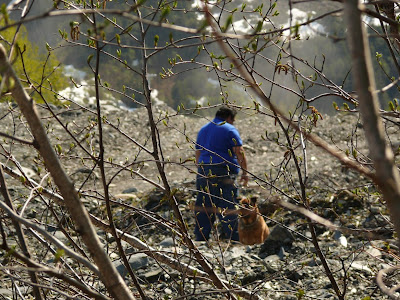 Walt and his dog, Big Boy. 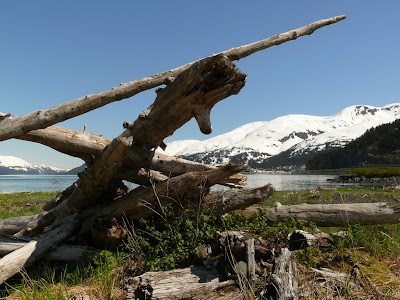 If you look close, you can see the tiny town of Whittier to the right of the driftwood.

Almost the entire town lives in one apartment building built by the military in WWll. This trip was the only time I have come to Whittier that it was'nt raining. The body of water is Prince William Sound. The same area that was devastated by the Exxon Valdez disaster. Now the oil spill in the Gulf of Mexico is a bigger oil spill, and it's still growing. 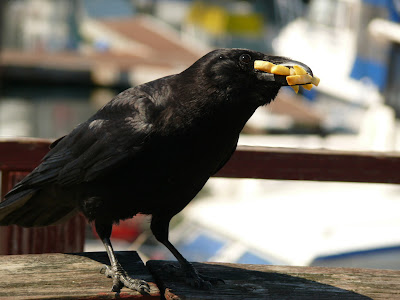 We ate lunch at a dockside cafe in town. Here a Northwestern Crow holds a beakful of french fries. 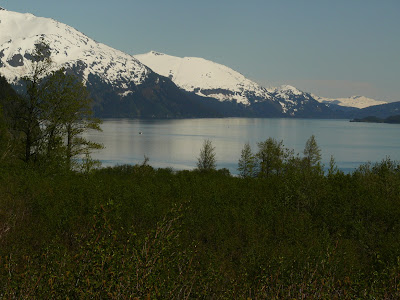 This is a small corner of Prince William Sound. 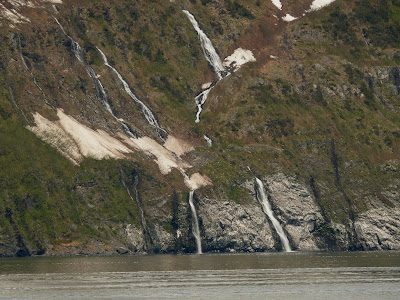 There is a large Black-legged Kittiwake rookery on the cliffs surrounding these waterfalls. 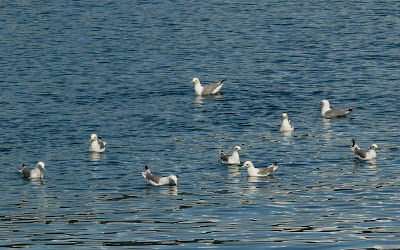 Kittiwakes are a species of gull.
Posted by john at 5:31 PM