Saddle-billed Stork is one of seven species of stork that I saw in South Africa. I was told that it is critically endangered in SA, and numbers only a few hundred individuals. We saw four of them in Kruger. 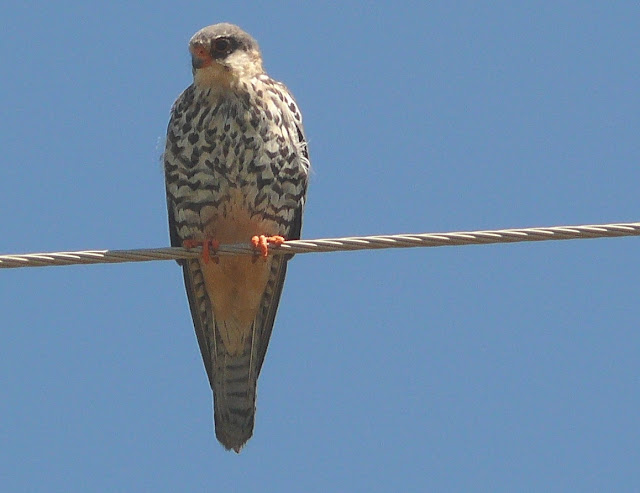 Seeing any kind of falcon is a noteworthy event in Alaska. While studying the birds of Southern Africa, I was impressed by the diversity of falcon species that occur there. Amur Falcons are one species that is abundant in some parts of the country, including the countryside on the outskirts of Johannesburg. This is a female. The male is sooty gray with bright red feet. 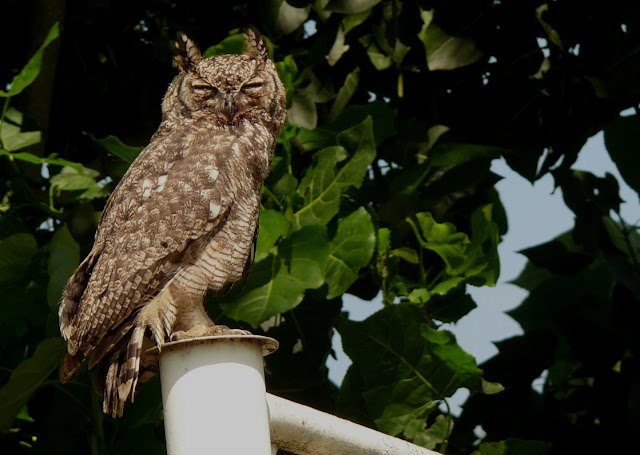 I was surprized to see this Spotted Eagle Owl perched on the corner street sign right near our lodge in the Johannesburg suburb of Benoni. The most impressive of the four species of owl that we saw were the Giant (Verreaux's) Eagle Owls. 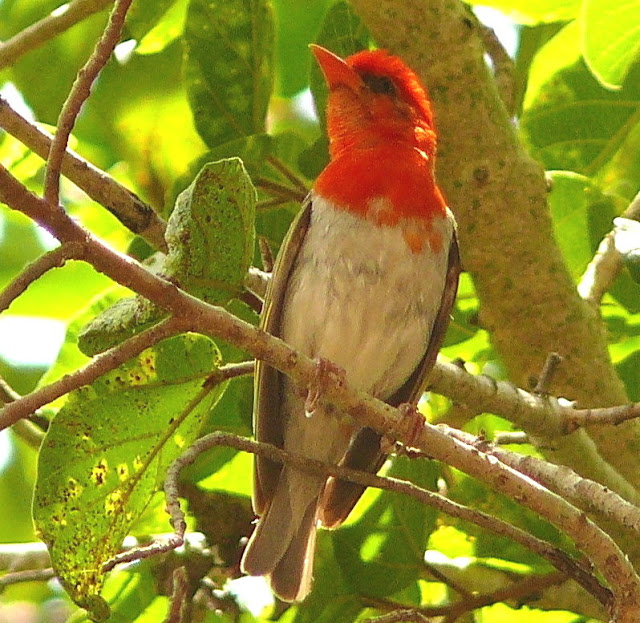 Easily the most attractive of the ten weaverbird species that I saw was the Red-headed Weaver. 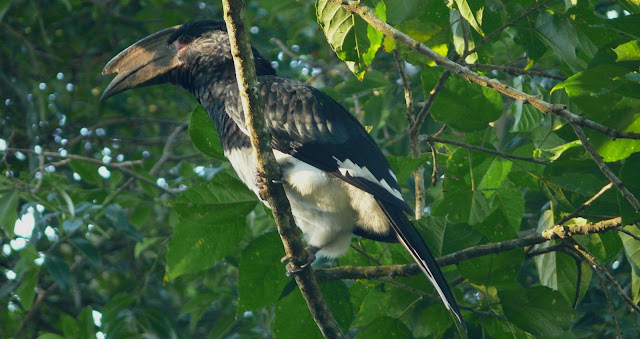 I saw more Sacred Ibis's in Benoni than any other part of the country. They were worshipped in ancient Egypt, where they are now extinct. 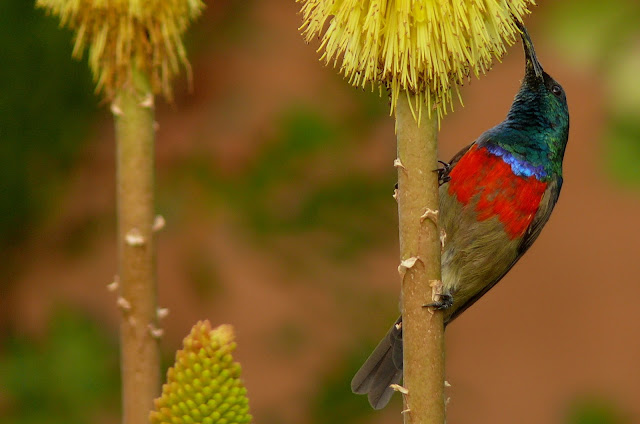 Sunbirds are the old world equivalent of a hummingbird. This little bird had the ponderous name of, Greater Double-collared Sunbird. 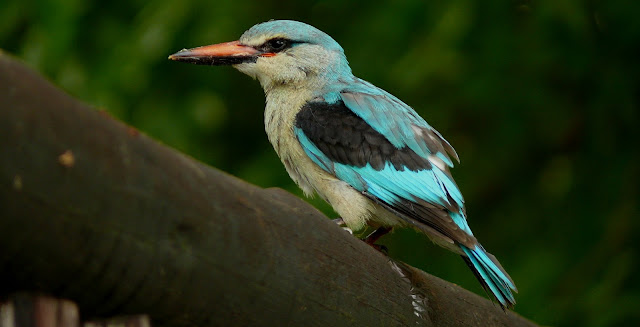 Woodland Kingfisher is a species that does not fish. This one was raiding spiderwebs for insects and spiders.

Another endangered species. Lammergeier, or Bearded Vulture, lives high in the Drakensburg Mountains.

An impressive bird for it's colorful elegance. Southern Carmine Bee-eater. 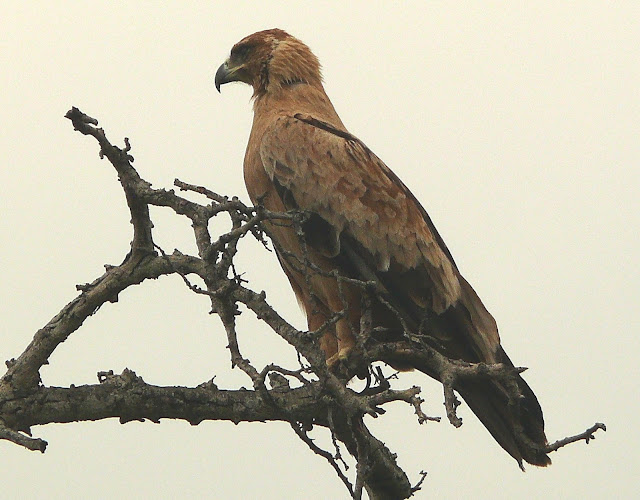 This Tawny Eagle was very cooperative to let me get this close for a photograph. Too bad the light was so bad.

I have had such a hard time deciding which species to add to my top ten list. The Cape White-eye is a bit obscure, but certainly deserves to be included. There are so many more wonderful new birds that I would like to include. but I have to stop somewhere. If you have not already seen them, go back to the nine trip reports that I posted in March of this year to see photos of the many great mammals etc.
Posted by john at 4:59 PM