The title of this post is deceptive. There is no way I could limit my favorite new birds of 2010 down to only ten birds. All of my lifers were seen in South Africa in late January and February. I really cannot pick a favorite bird, or list them in any kind of order. The Martial Eagle in the above photo is a good choice to start with. Martial Eagles are huge and majestic. This individual was spotted at dawn in Kruger N P. 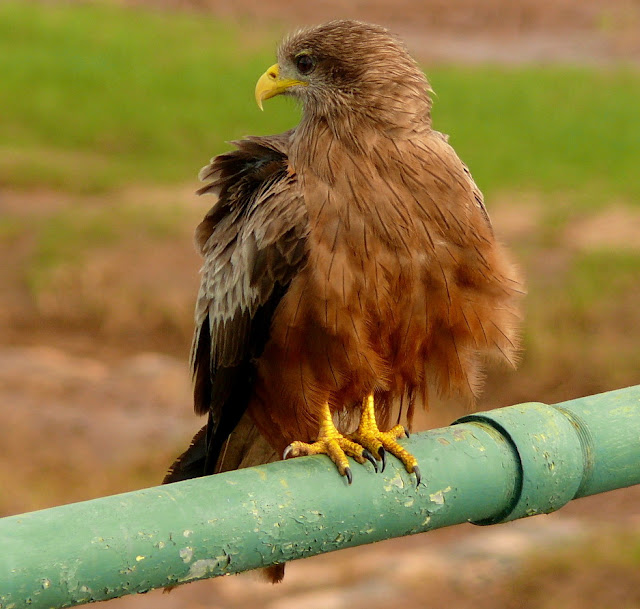 Yellow-billed Kites were the most commonly seen raptor in SA. 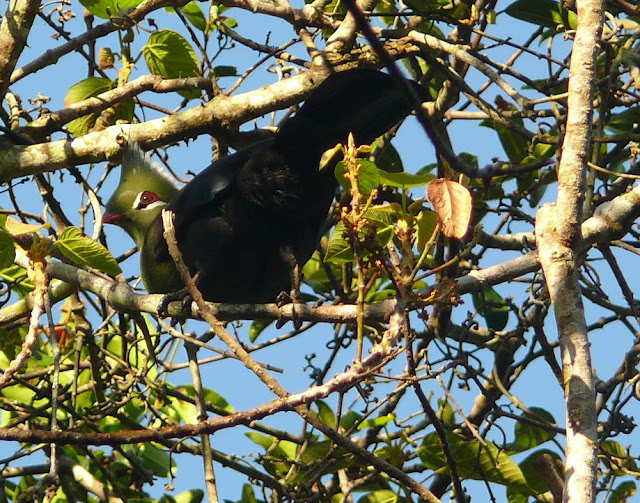 A lousy photo of a great bird. Green, or (Knyshna) Touraco was one of my most hoped for species since long before I travelled to SA. This one was in a city park in St. Lucia on the east coast of the country.

African Fish Eagle is another majestic bird. One of nine species of eagle I saw in SA.

The Crowned Hornbill is probably the most attractive, and most shy, of the six species of hornbill that I saw.

Before I go to a new destination, of course I study the birds that occur there. There are always some colorful or unusual species that stand out, and I want to see the stand outs most of all. One stand out that I really hoped to get was Southern Red Bishop. I knew they were common but I did'nt know whether I would see any or not. I only had to step across the street of my lodging in Johannesburg to see them. They were everywhere.

One of the oddest raptors in the world, the Secretary Bird looks like a hybrid chicken, heron, eagle, whoknowswhat. We saw three or four of them in Kruger. 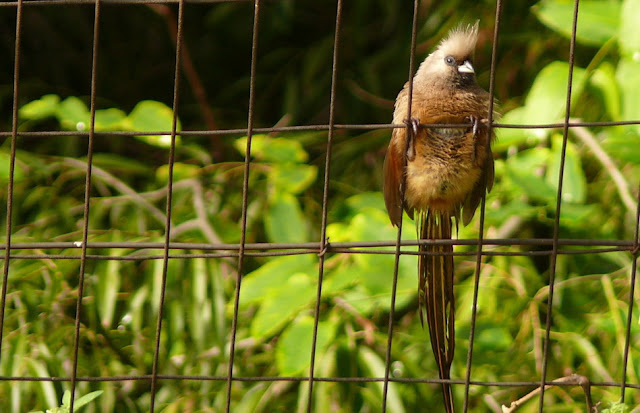 Studying birds in a book, seeing them on nature shows on tv, or even seeing them in zoos cannot give you a sense of the creature as it is in nature. There are always certain species that are impressive in some intangible way that can only be appreciated when you see thier natural behavior. One of the most unexpectedly delightful birds that I saw was the Speckled Mousebird. They are loaded with personality like a pet parrot.

Another fascinating species is one that is usually hard to observe although it was quite common. The Burchell's Coucal has lots of personality. 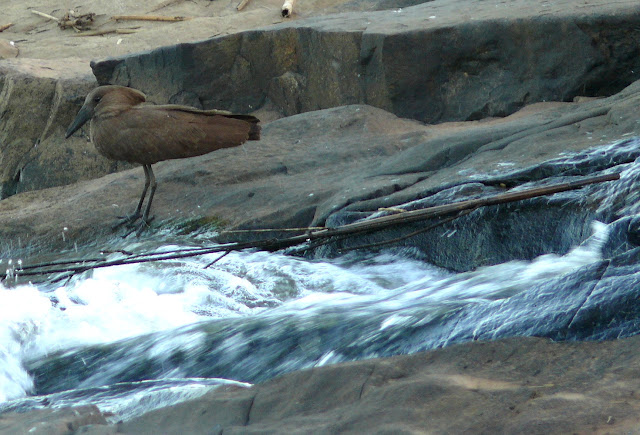 Another of the world's oddest birds, the Hammerkop. They are wading birds, like a heron. This is one of my favorite photos of the whole trip.

The largest of the six species of kingfisher that I saw, Giant Kingfisher.

Not too colorful, the Brown-headed Parrot is the only parrot species that we saw in SA. I can't end my list of favorite new birds here. I will continue with more great birds soon.
Posted by john at 7:06 PM