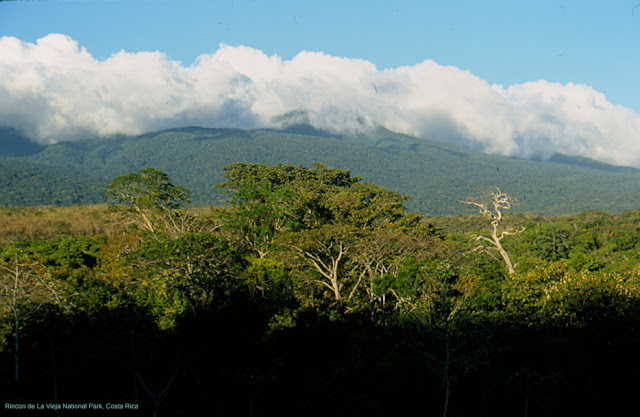 Northwestern Costa Rica has a different climate than either Southwestern, or Northeastern Costa Rica. It tends to be drier and often very windy. It reminds me very much of Western Mexico. The photo above is a view of Rincon de La Vieja National Park. The upper levels of the park are often enshrouded in clouds, and are much wetter than the lower slopes. 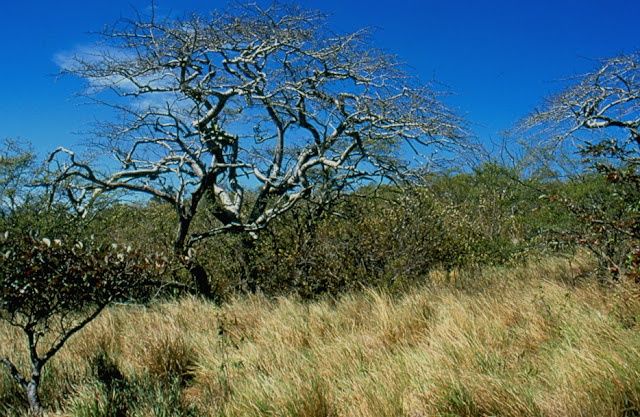 This photo shows the typical habitat of much of the park, and much of the Northwest. I was very disappointed by the paucity of birdlife that we saw during a half day visit to Rincon de la Vieja. We saw four birds. A Blue-crowned Motmot, a White-lored Gnatcatcher, a Summer Tanager, and a Broad-winged Hawk. We also saw some Spiny-tailed Iguanas, some Coatis, and an Agouti. There were many more birds and other wildlife just outside the park. 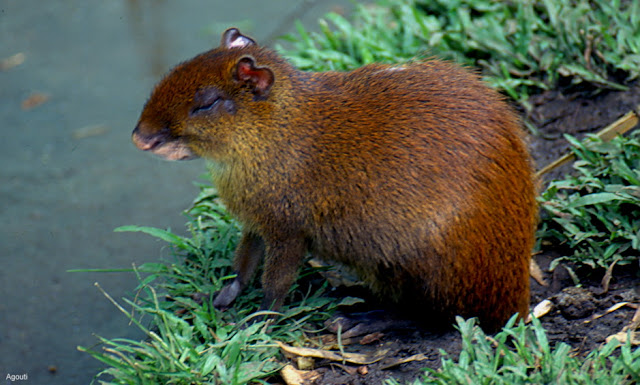 An Agouti is an aquatic, rabbit-sized rodent, like a small Capybara. They are common in many parts of Costa Rica.

A Spiny-tailed Iguana in the park. This is a female. They are also known as Ctenosaurs. The Costa Rican Ctenosaurs are much more colorful than Mexican individuals of the same species. 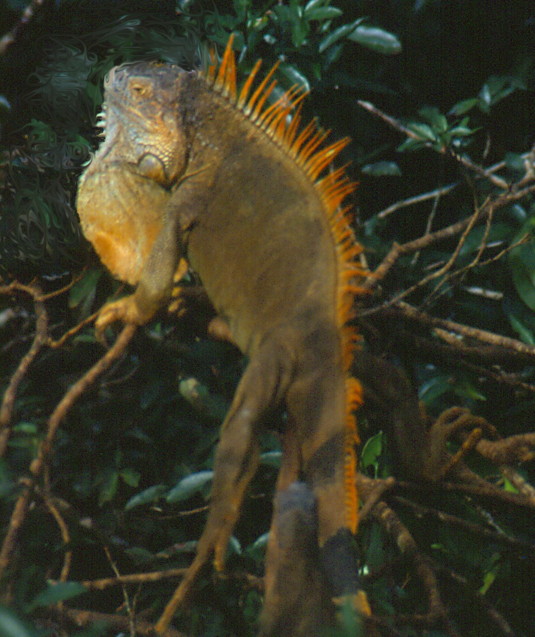 Common Iguanas are also easily found in the region. 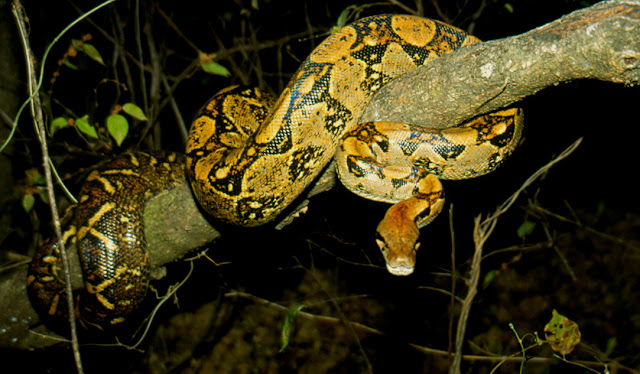 The highlight of my trip to Palo Verde National Park was the sighting of this large Boa Constrictor at least 8ft long. One of my friends estimated it's length at 12ft. I know it was'nt that big. 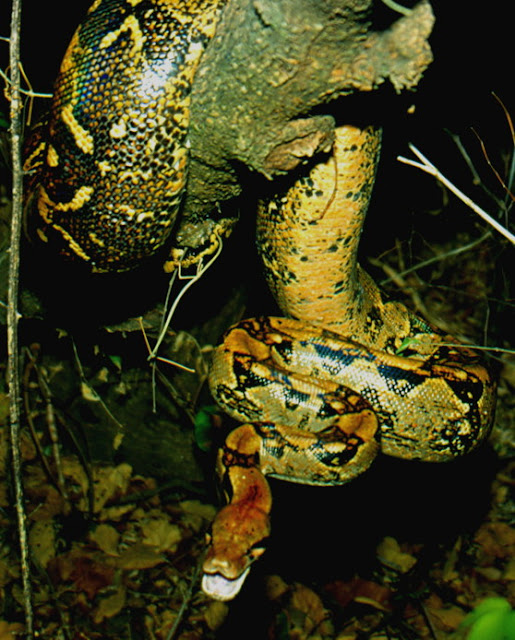 Finding this snake was such a thrill, it's worth a second photo. It was crossing the road at dusk. I picked it up and put it on this tree branch to make it easier to photograph. It hissed loudly with open mouth, but never actually struck at me.

This is a House Gecko that shared my hotel room. House Geckos are a group of closely related species that occur in tropical regions throughout the world. They are so widespread, and dependant on human habitations, that no one is certain of their original habitat, or home range. They will keep you awake at night with their frequent chirping.

Groove-billed Anis are an abundant bird.

A specialty of the region, Rufous-naped Wren. They are one of the largest species of wren. 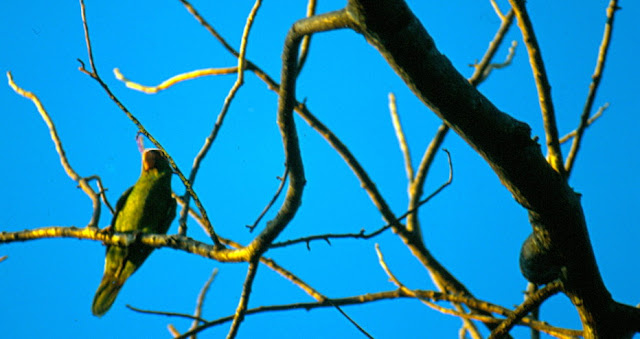 White-fronted Parrots are known in the pet trade as Spectacled Amazons. They range from Western Mexico to Northwestern Costa Rica. Many of the birds in the Northwest share a similar range and habitat preference. 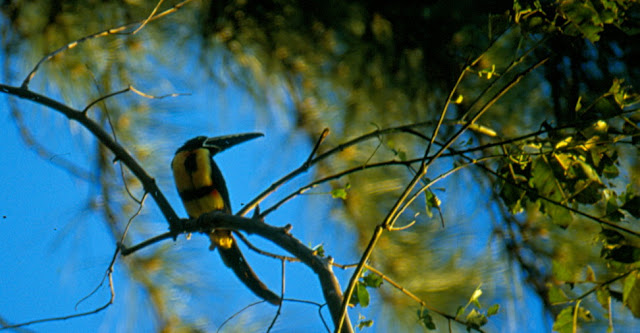 Collared Aracaris and Keel-billed Toucans are the toucan species of the region. This aracari was nesting in the courtyard of our lodge. It's tail is bent because of the strong wind which blew day and night, day after day. 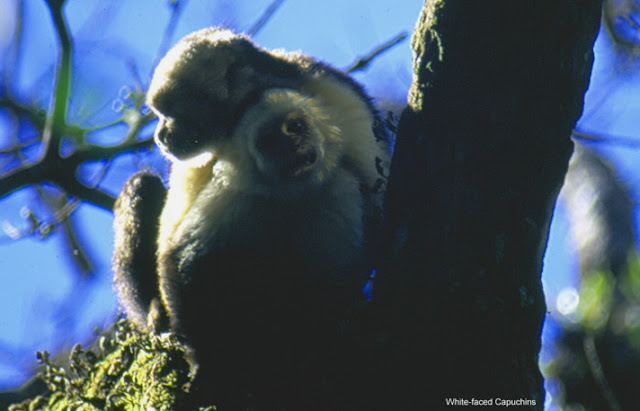 White-faced Capuchins are easy to spot both inside and outside the protected areas. 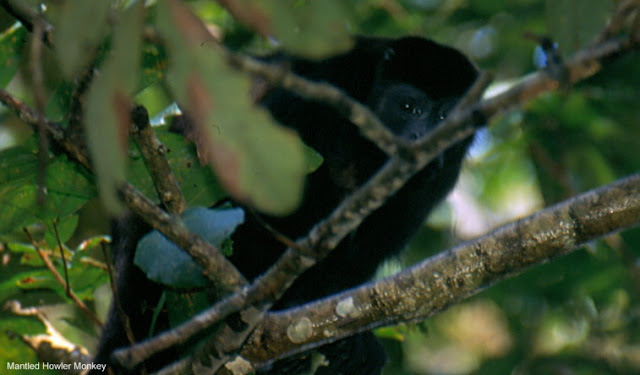 Howler Monkeys are also widespread. I have even seen them in towns.
Some of my favorite birds of Northwestern Costa Rica are,
White-throated Magpie Jay
Lesser Ground Cuckoo
Mangrove Cuckoo
Double-striped Thick-knee
Limpkin
Muscovy Duck
Crane Hawk
White-collared Swift
There were also many North American migrants like,
Wood Thrush
Scissor-tailed Flycatcher
etc.
Also many species I had previously seen in Mexico like,
White-collared Seedeater
Orange-fronted Parakeet
etc etc.
Posted by john at 5:47 PM