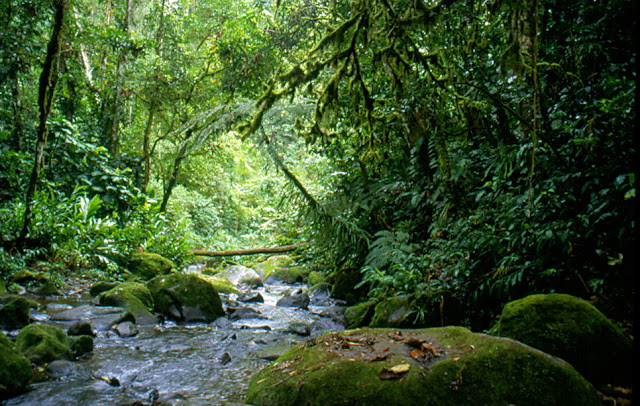 The rural area in Costa Rica called Monteverde was founded by Quakers, I believe during WW11. It consists of a series of small farms and dairies with lots of lodges strung along a very rough dirt road, ending at the entrance to Monteverde National Park.

It is easily one of the most beautiful parts of Costa Rica. My guidebooks talked about the place as if it was over-run with tourists so I avoided it on my first 2 visits to the country. That was a mistake. It is not terribly diminished by the many tourists that visit the area. The place is not far from Fortuna as the crow flies, but is reached by a long roundabout route. Monteverde is cool, windy, wet, and very green. 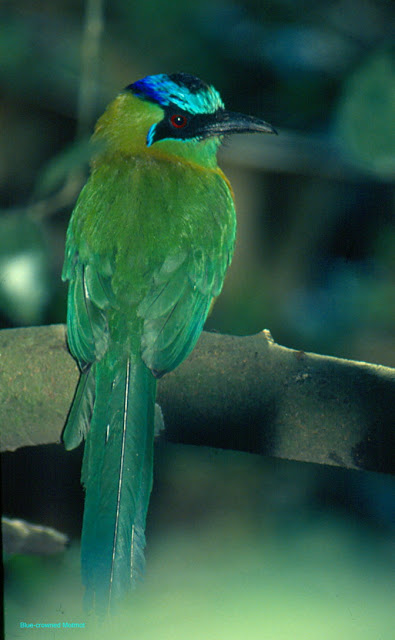 Blue-crowned Mot mots are very beautiful and very common in Monteverde. They have a raquet tipped tail which does'nt show in this photo. 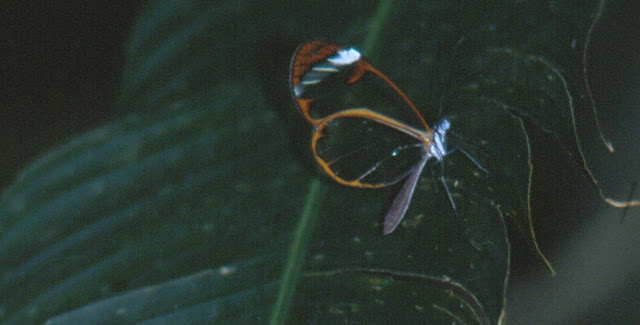 Along with it's great birds, Monteverde has really great butterflies. This is a transparent winged butterfly. 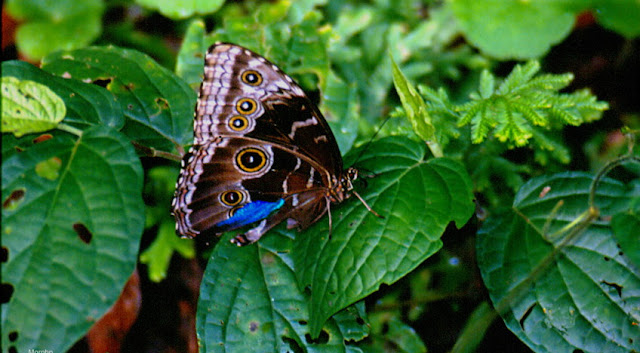 The Morpho is well cammoflauged with it's wings closed. It opens them to reveal bright metallic blue wings. 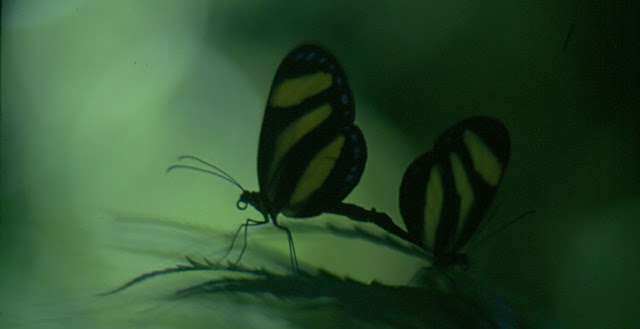 This must be one of Dr. Doolittle's Push-me Pull-me Butterflies. 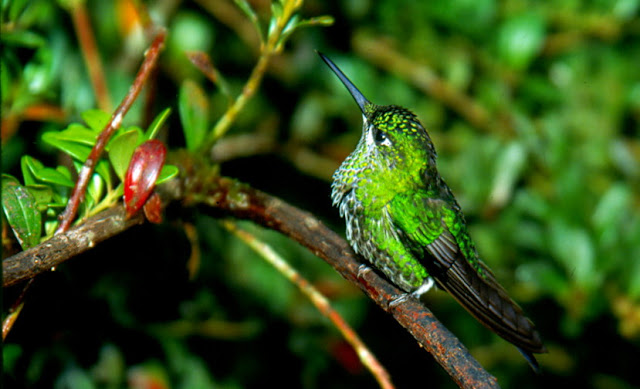 My favorite part of the whole area is the Hummingbird Gallery right outside the entrance to Monteverde NP. Besides the great artwork inside the gallery, there are many hummingbird feeders on the outside. They attract many species of hummingbirds and other birds. The hummingbird above is a female Green-crowned Brilliant. 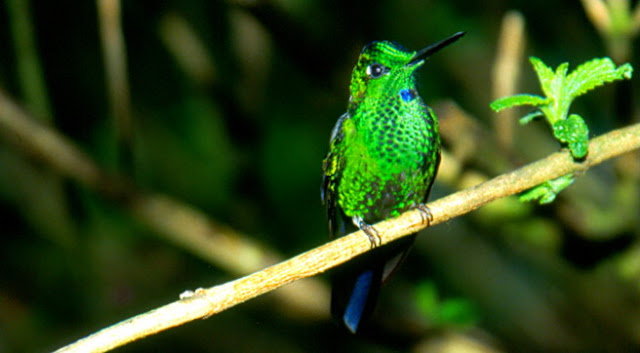 The male Green-crowned Brilliant is distinguished by the small blue spot in the middle of his green throat.

The largest and most magnificent hummingbird that visits the feeders is the Violet Sabrewing. The bad photo does not do justice to this great bird.

The much smaller Stripe-tailed Hummingbird.

Another little guy, Green Violet-ear. One of the few endemic birds in Costa Rica is the even smaller Coppery-headed Emerald, which can also be seen at these feeders.

You would never guess from this bad photo, but the Purple-throated Mountain Gem is probably the most beautiful of Monteverde's Hummingbirds. 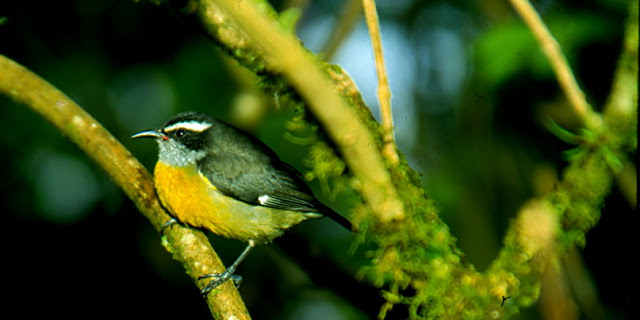 The even smaller and more attractive Bananaquit. 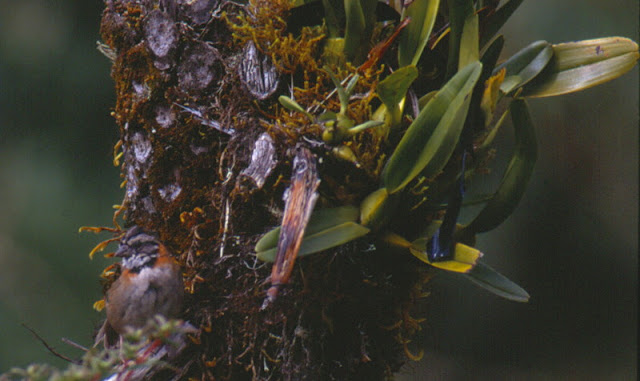 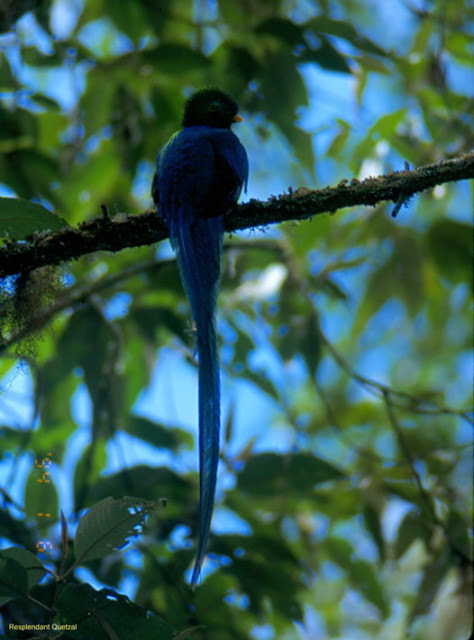 The main draw for birders to Monteverde is the Resplendant Quetzal/ This bad photo of one of nature's greatest birds was taken further south in Costa Rica.
Posted by john at 5:38 PM