A New Painting and Another Vagrant 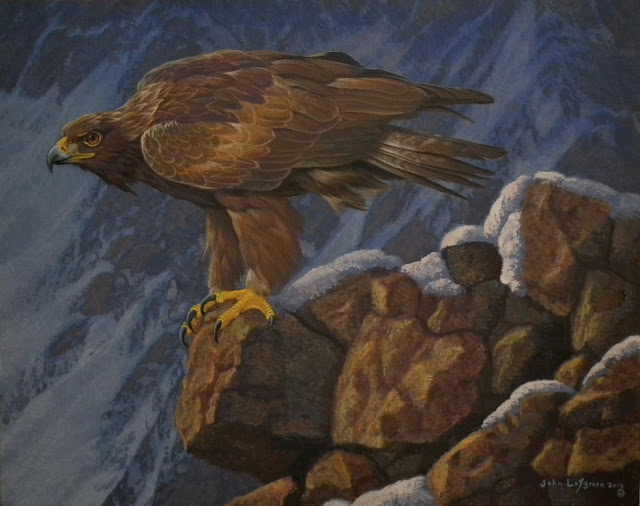 This is what I've been working on since that Iiwi painting. An 11x14" Golden Eagle. So far it's untitled. I was going for the look of ragged feathers to go with the rugged mountain habitat.  I'm happy with the results. 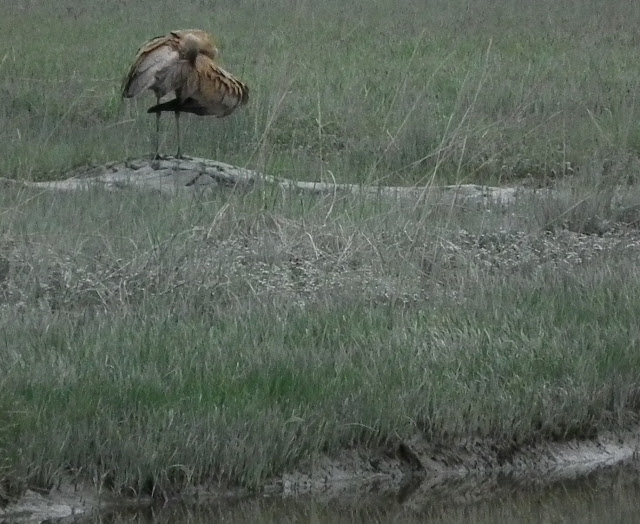 A report on AK Birding sent me down to the coastal trail again. On Fish Creek I saw this Sandhill Crane. I presume that it's mate is sitting on eggs somewhere nearby right now. This is not the bird I was looking for. 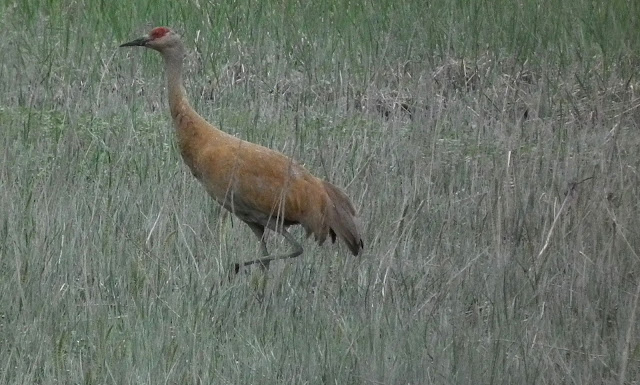 Sandhill Cranes used to nest regularly on Fish Creek, but disappeared several years ago. The reason that they abandoned the area is either because of Human or dog disturbance, or too much eagle depradation on the young.
Last summer they returned, and I believe that they are nesting again although I have seen no young cranes. However, there was an immature crane nearby, late last summer. Maybe it was last year's successful nesting attempt on Fish Creek. 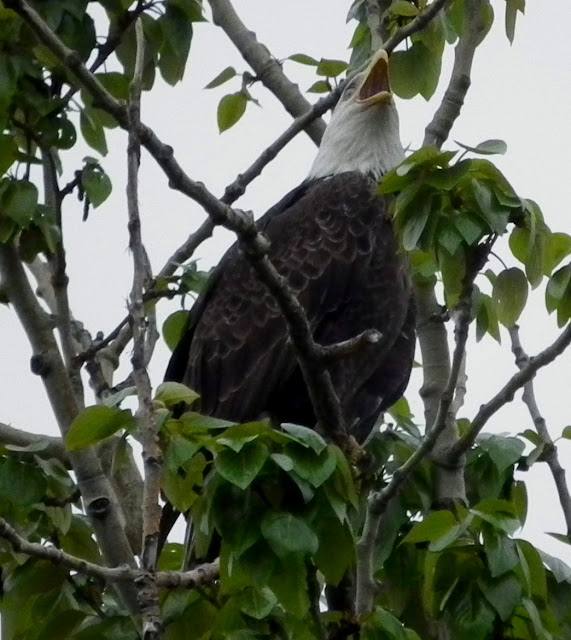 Bald Eagles are nesting within a quarter mile of the cranes. I fear for the survival of this year's young cranes. 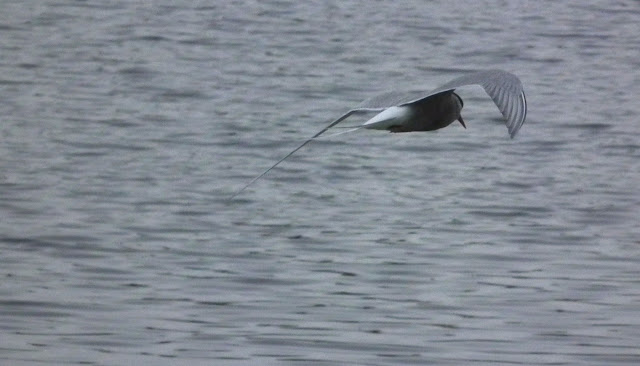 This Arctic Tern is also not the bird that I was searching for. 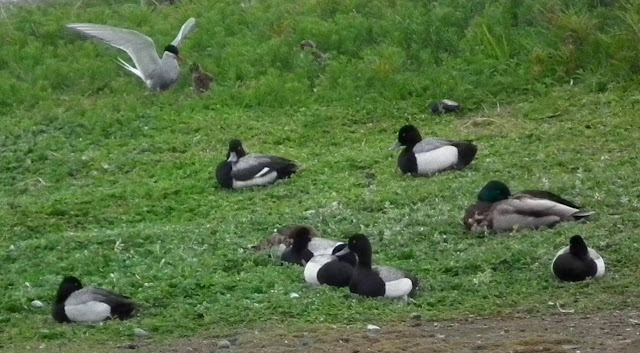 While I was photographing these Greater Scaup, I did'nt even notice the baby Arctic Tern being fed by an adult. I saw mostly drake scaups. Presumably the hens are all sitting on nests somewhere out of sight. 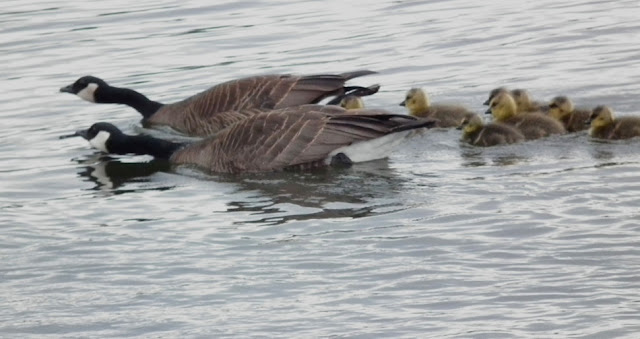 The Canada Geese have a good crop of babies already this sumer. 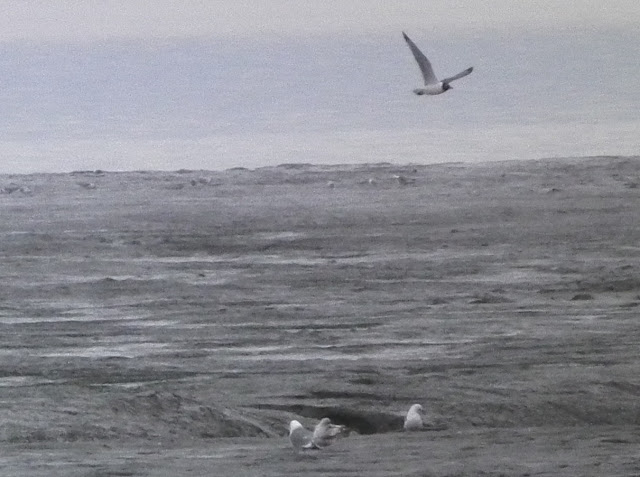 The flying gull is my target bird. If it were not for the help of a British bird tour group, I would not have seen this distant bird. The Brits graciously allowed me to look through their powerful spotting scopes, so that I could see this Franklin's Gull. Although Franklin's Gulls are common in parts of the lower 48, they are not normally found in Alaska.
I have seen many of them in other places, but it's a new bird to add to my Alask bird list. Now I feel extra special.
Posted by john at 7:39 PM

I like bery much this,picture of golden eagle;of which part of Alaska is represented this eagle?.I know that in Alaska are not a sedentary bird, its a breeding visitor, do you know if there are places in Alaska, where this bird stay all the year John?.

Marc,
The Golden Eagle does not stay in Alaska all year. Birders eagerly await the arrival of Golden Eagles starting in mid April. They tend to stay in mountainous areas. They are especially common in parts of Denali National Park. I also see them in the Chugach Mountains above Anchorage.