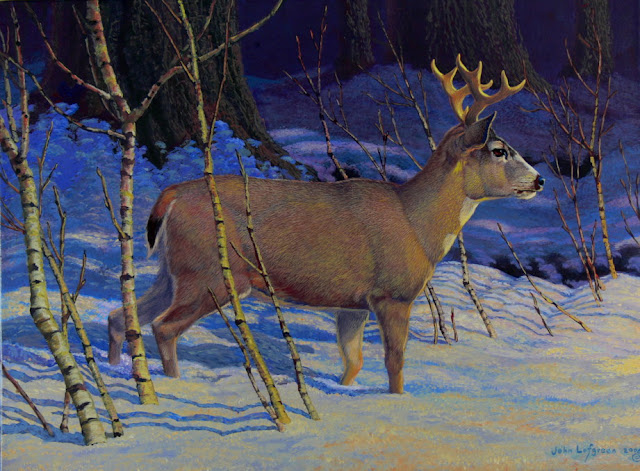 Cervidae is the family of antlered mammals. This post is about some past paintings of some of North American Cervids, like the 16x20" Sitka Black-tailed Deer above. This was one of about 15 paintings that was stolen from me. 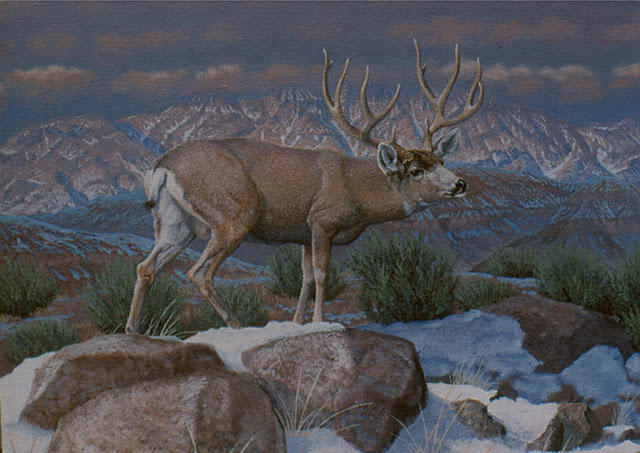 A much older Mule Deer painting. I forget the size and title. I know that I should paint more of them because they tend to be popular subjects for paintings. 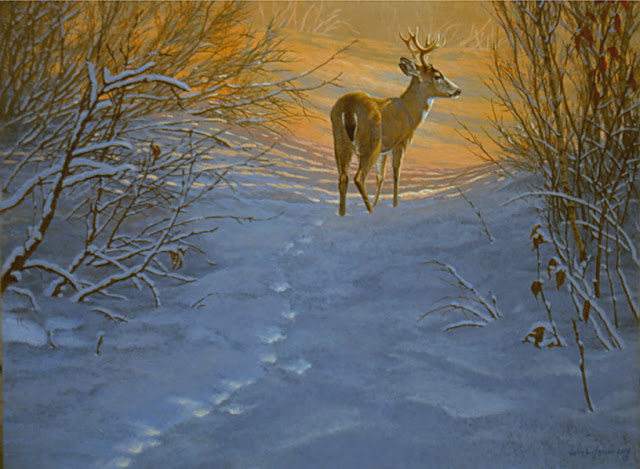 Another Sitka Blacktail. I forget whether this is 16x20", or 18x24". A bank now stands where this painting was set. 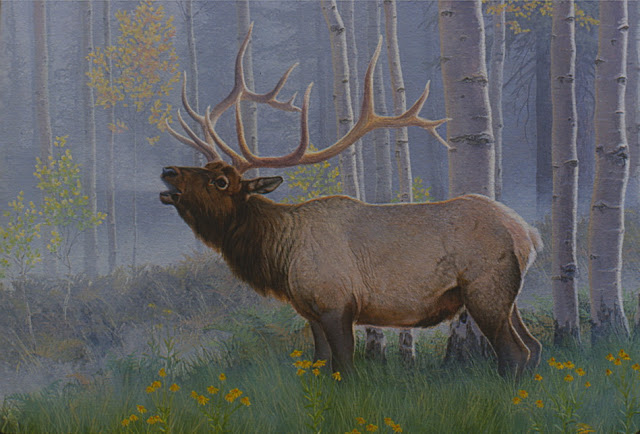 Bull Elk bugling in the mist is a subject that I have returned to again and again over the years. Each new painting is not necessarily better than the last, just different.  During my Arizona years, Elk were by far my most popular subjects. 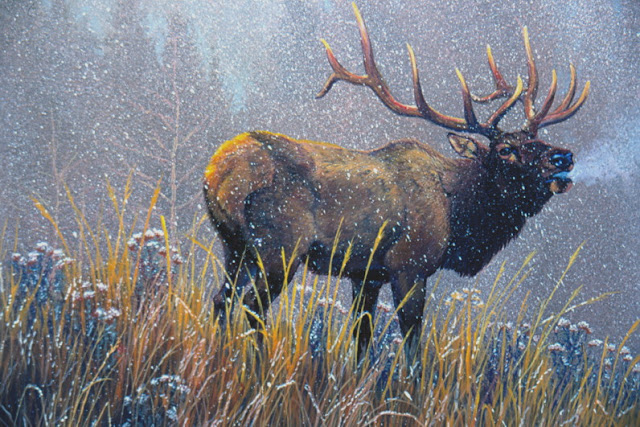 Another Elk in the mist, First Snow,11x14". This was stolen from me also. It did get get used as a Canadian Conservation Stamp, so I at least made a little bit of money from it. 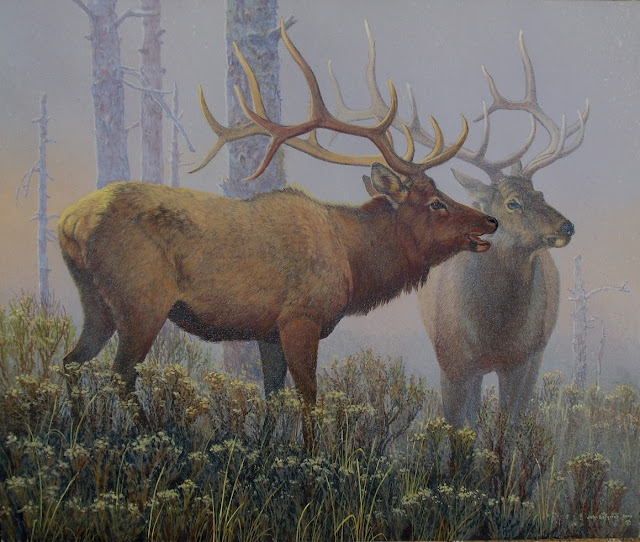 Bull Session, 20x24" This painting sits in my home. For some reason I never send this to any galleries or shows. 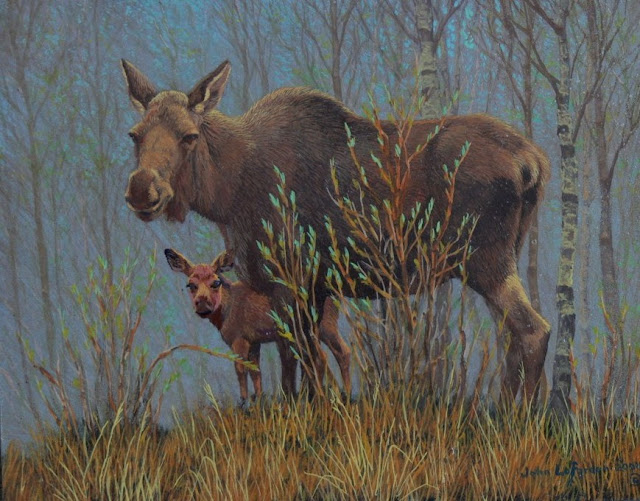 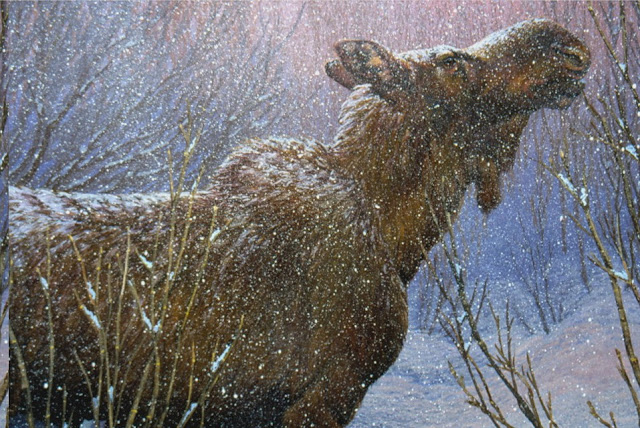 Slim Pickings, 18x24". I was very happy when this one sold in Fairbanks. 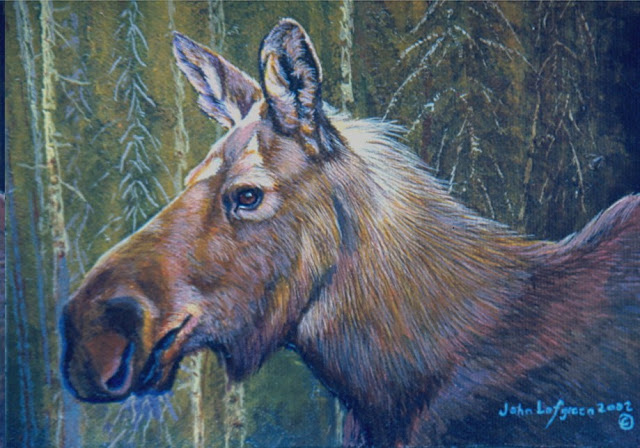 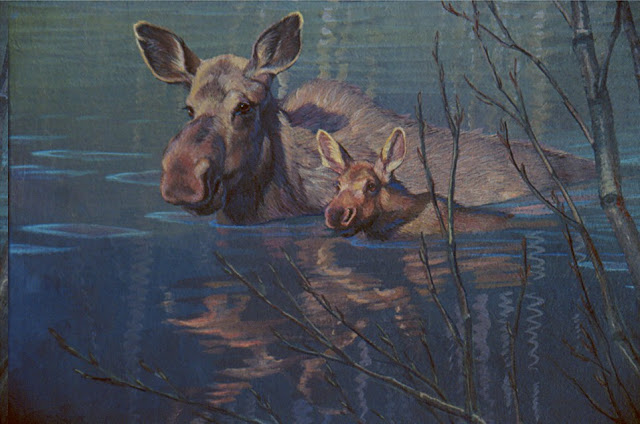 I seldom paint 14x18" sized paintings. This one was an exception. It too was stolen. Better to have a painting get stolen than to lose it in a fire or other disaster. I suspect that these stolen paintings ended up in a dumpster somewhere anyway. 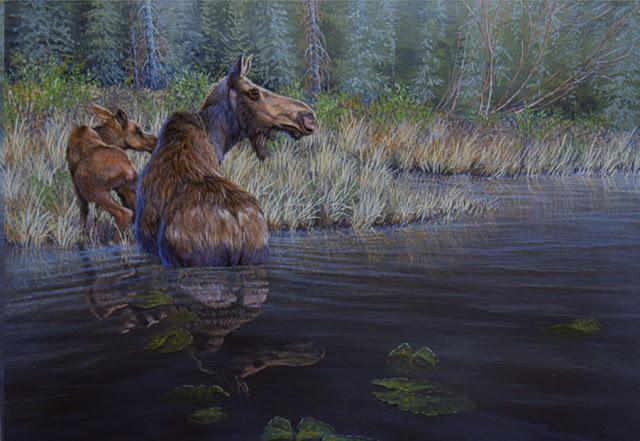 It appears that I have painted far more cow and calf Moose than Bull Moose. This one was 16x20", A Vigilant Mother. 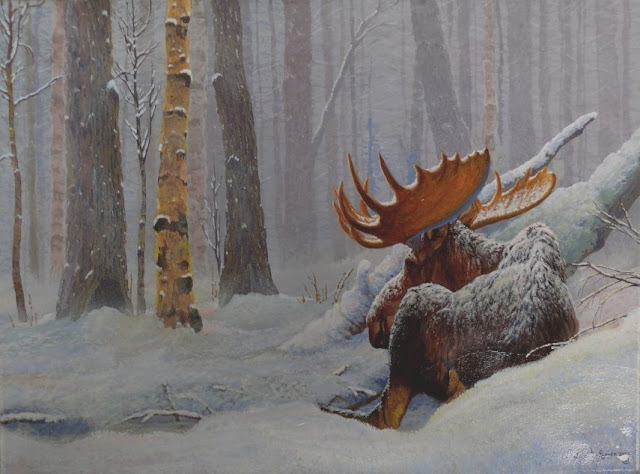 Here is an 18x24" Bull Moose painting from several years ago. For some unexplainable reason, I have never publicly showed this painting anywhere. I guess that it depresses me.
Posted by john at 5:16 PM

Hey John!. These pictures are fantastic i like bery much these deers, its one of my favorite theme for painting.