A Mystery Bird and Other Stuff. 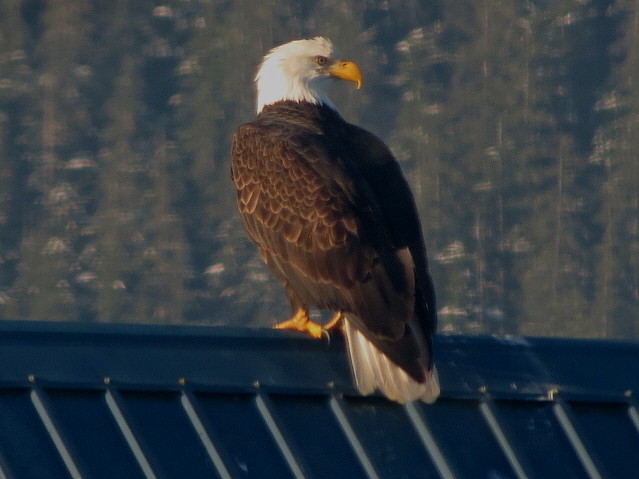 My nephew Jeremy sent me a few more photos from Petersburg, including a mystery bird. This is not it. In fact, it's the local scavenger that hangs around his neighborhood. 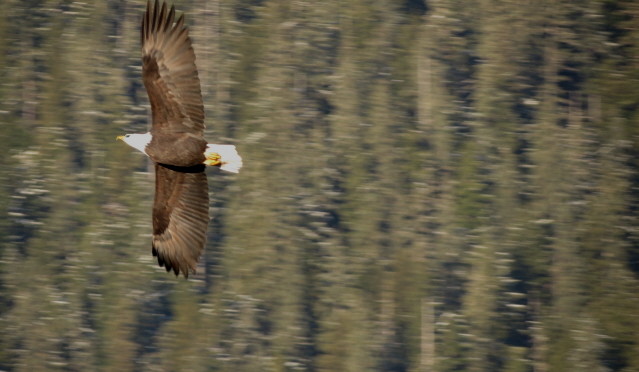 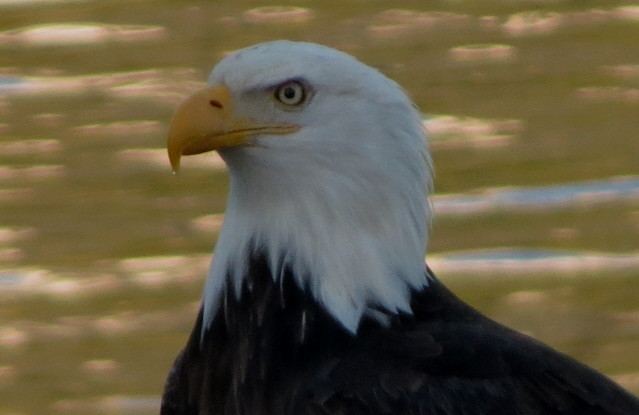 Jeremy says he took this photo out of his window. 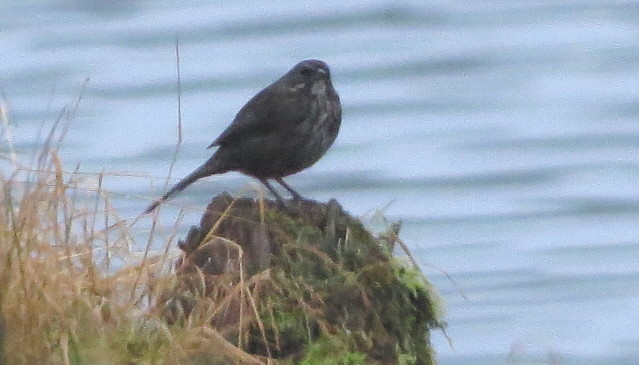 Another bird photo taken from his window. Also not the mystery bird. It's the dark, Northwestern race of the Song Sparrow.

This is the bird in question. Clearly a merganser, although it's not at all clear, concerning both focus and species. 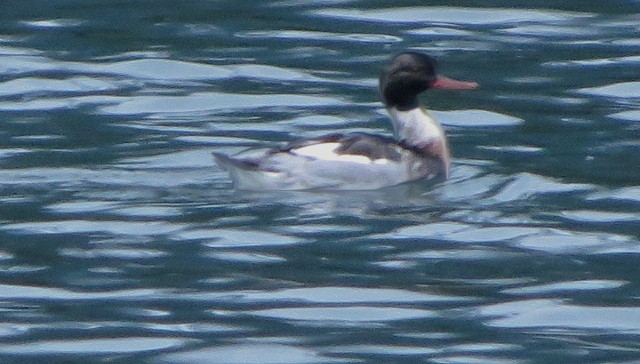 At first I confidently e-mailed Jeremy, telling him it was a male, Common Merganser. Now I'm not entirely sure. It has odd markings. It may be a wierd Red-breasted Merganser, or possibly a hybrid of the two species. Any thoughts on the subject? 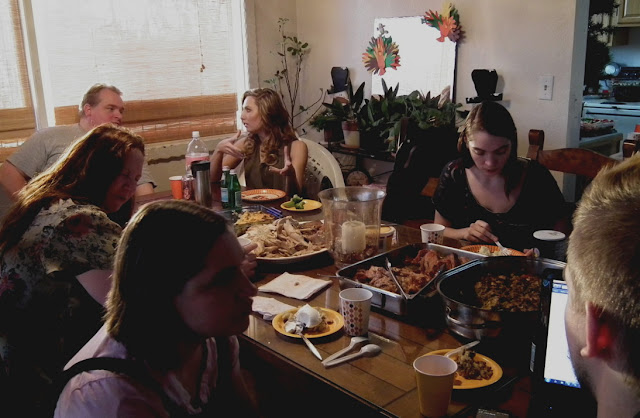 Yesterday I had a wonderful Thanksgiving meal at my nephew Danny's house in Wasilla. That's him at the head of the table. His wife Angie, at the bottom of the photo is a wonderful cook. 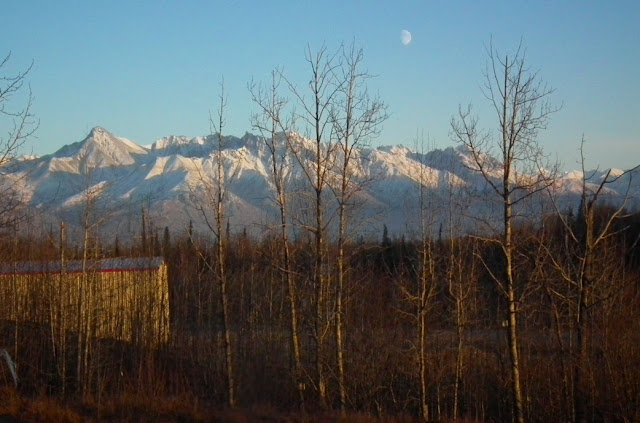 After stuffing my face, I went for a short walk with two of my nieces through the neighborhood. Surprisingly, there is no snow in Wasilla right now. 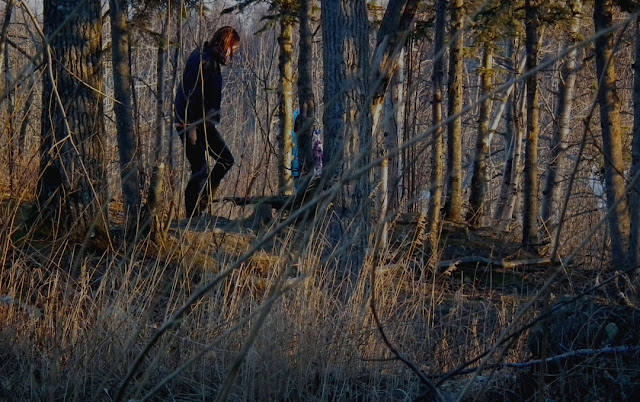 The temperature never rose above the low teens farenhiet. That's Jessie in the photo above. 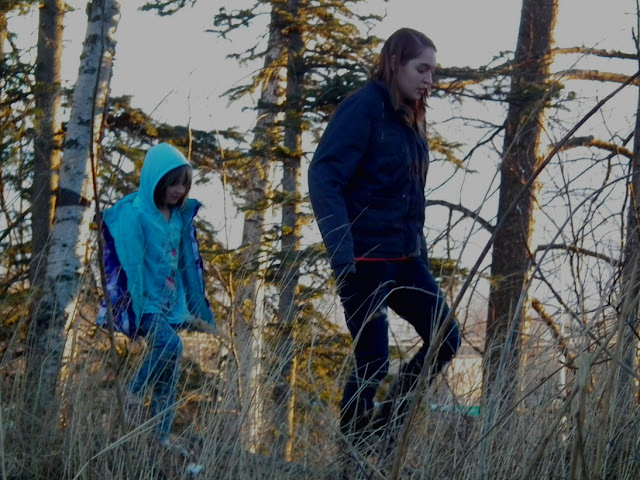 Jessie leads her little sister Olivia through the woods on their property. 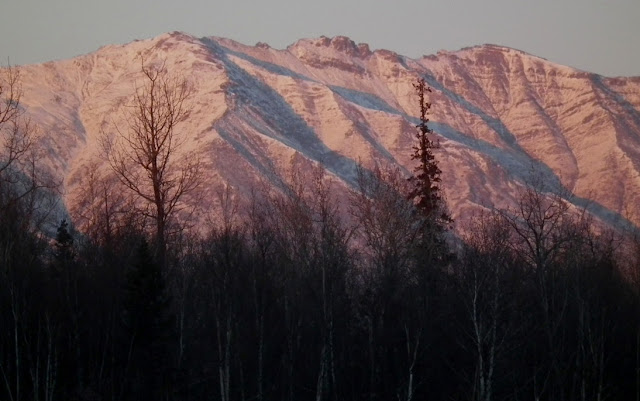 Late afternoon alpenglow on the nearby, Talkeetna Mountains.
Posted by john at 12:42 AM

I belive that the thanksgiving celebration was a day of the chrismas holiday in Unite States.And also i usually himagine that in your area, the temperature can fall arround forty degrees below zero,but probably the Pacific ocean temper the strong whinter of Alaska.

You are right Marc. Our proximity to the ocean keeps the temperatures more moderate. The coldest that I have seen at my house is -25f. Wasilla gets a little colder. Our temperature tonight should be about -10.
Thanksgiving comes one month before Christmas.

maybe a red-breasted in molt?

Tess, I am now convinced that you are correct. I just thought that ducks would be finished moulting at this time of year. I guess not.