The White Mountains of Arizona 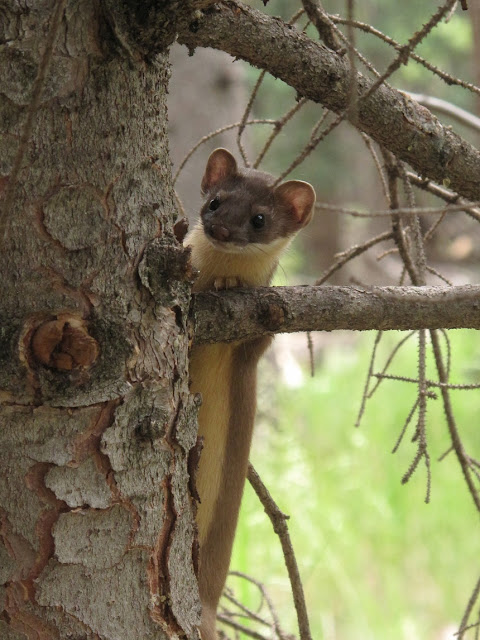 Check out this wonderful photo of a Long-tailed Weasel. My old friend Richard Inman just sent this to me. It was taken on the White Mountain Apache Reservation. Richard worked there for many years with the BLM, or BIA, I forget which. 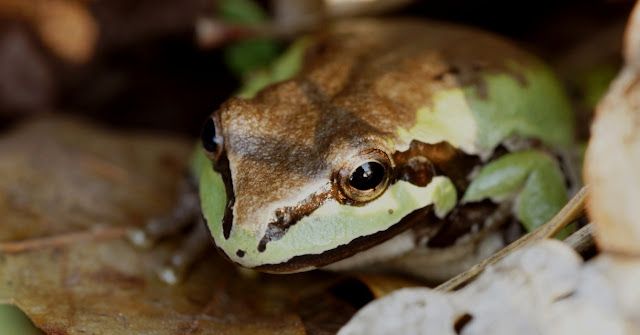 Richard also got this nice close up of a tiny, Western Chorus Frog, or Mountain Treefrog. I'm not sure which it is. Anyway, I lived in the White Mountains for 19 years before moving to Alaska. Richard and Jody Inman became good friends. I fondly remember many trips we took together, and many wonderful dinners at their house. Jody bakes the best cookies ever, healthy too. 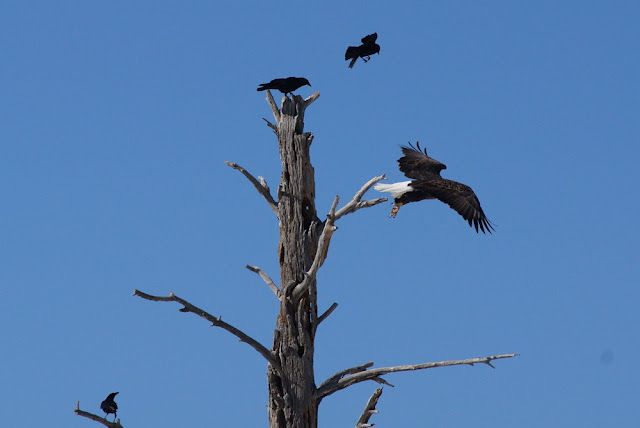 Alaska is known for it's abundance of Bald Eagles. They are common in parts of AZ as well.  They winter in the White Mountains. 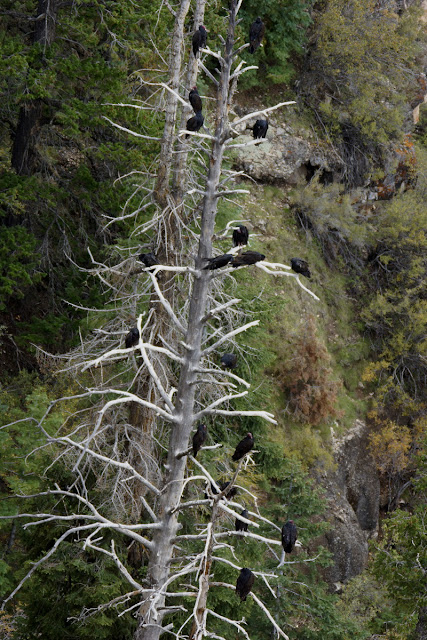 A prominant geographical feature of the White Mountains is the dramatic drop-off of the Mogollon Rim. Here Richard photographed a snag full of Ravens just below the lip of the rim. My house was about a quarter mile from the rim. I used to walk over to the Mogollon Rim Overlook several times a week. 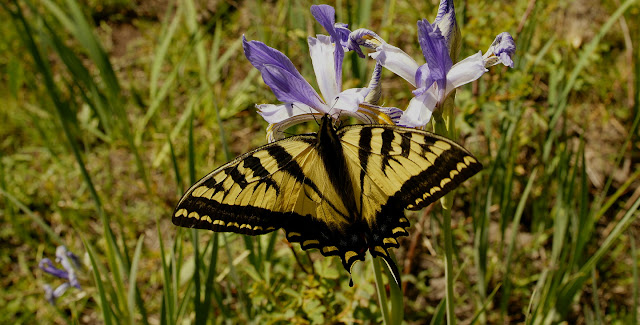 AZ has big, magnificent Swallowtail Butterflies that are about four times bigger than the puny, and uncommon swallowtails around here. They seem to congregate at iris flowers. 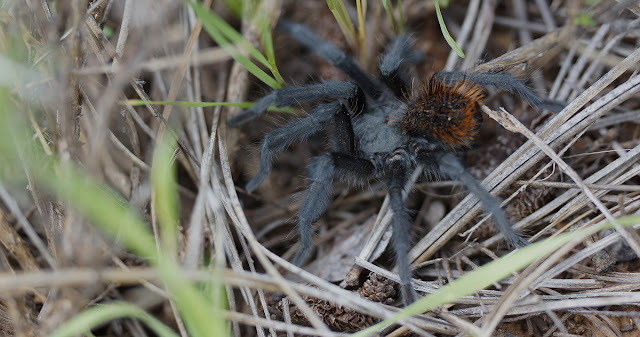 Most people like butterflies a lot more than they like tarantulas. I really like them both. Every autumn is a good time to see tarantulas in the WM. The smaller males, like this one that Richard photographed above, become very active at this time of year.
Sometimes large numbers of males can be seen crossing the highway between Show Low, and Snowflake. They all die shortly after breeding, while the large females live on. None of them ever tried to bite me, with the exception of a pugnacious tarantula in Ecuador. 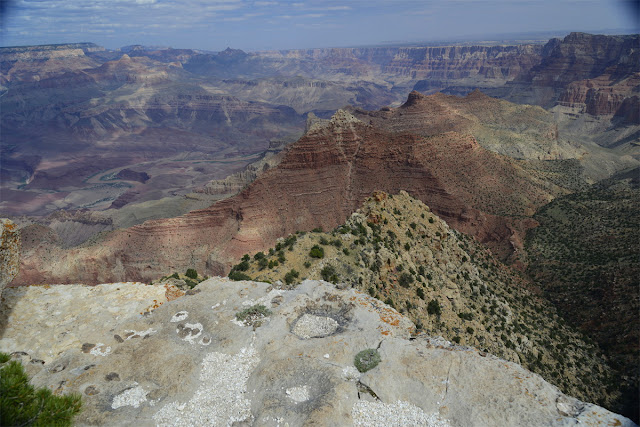 This is not the White Mountains, it is of course, the Grand Canyon. It lies about 150 miles northwest of the WM. The grand Canyon is pretty much my favorite place on earth. I fantasize that after I die, my soul will sail over the formations, and haunt the lonely side canyons. At least until I find an even better paradise. 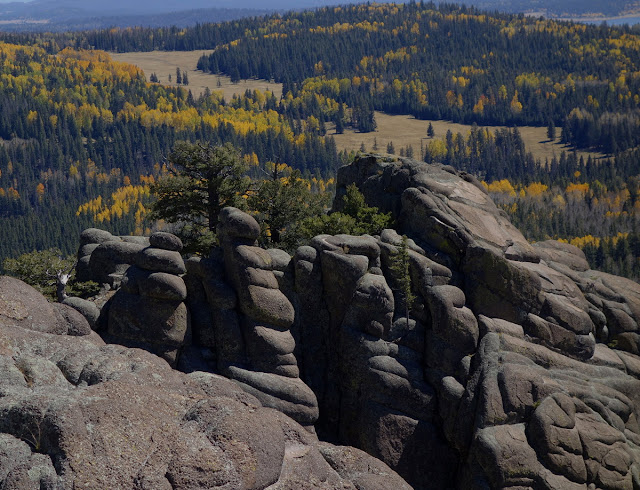 This is not the Grand Canyon. It is the White Mountains. I bet that most of you had no idea that country like this existed in Arizona. It does, and it covers a large area in eastern/ central AZ. It abounds in wildlife, including the world's largest Elk.

So here are Jody and Richard, and a friendly wolf. Richard is also an enthusiastic collector of fine Persian rugs. Jody really likes to dote on her grandchildren. They actively travel to the natural areas in the western US.
Posted by john at 6:51 PM

John!, i just belive that the biggest elk was the Roessevelt elk, from British Columbia and Washington rain forest!!??.

John
I love the pictures, especially the LT Weasle. We have many of them at Farmington Bay, the ones close to the Nature Center are quite tame. My brother in law and I are planning a birding trip to Southern Arizona in April, I am really looking forward to it.
Best wishes
Steve

Marc,
The Elk in Arizona are also Roosevelt Elk. The original subspecies of Elk was extirpated in AZ. in the 19th century.
Toosevelt Elk were introduced into Arizona, and they have really thrived, Especially on the White Mountain Apache Reservation.

Steve,
I am jealous of your upcoming trip. I look forward to seeing some good reports and photos of the trip on your blog.