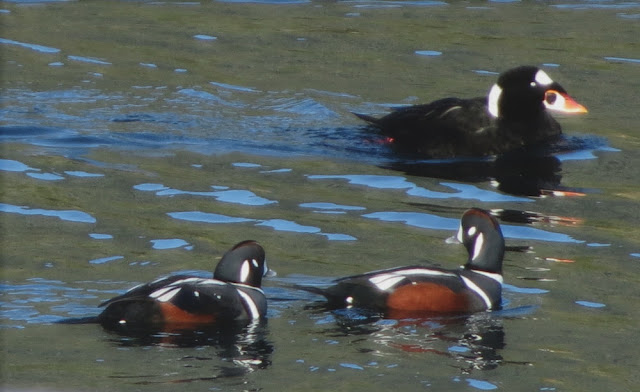 Petersburg is on Kupreanof Island in Southeast Alaska. It is truly an isolated place. He commonly sees whales, seals, and many seabirds right in front of his house, which faces Frederick Sound. Like these two very striking duck species. A male Surf Scoter, and two male Harlequin Ducks. 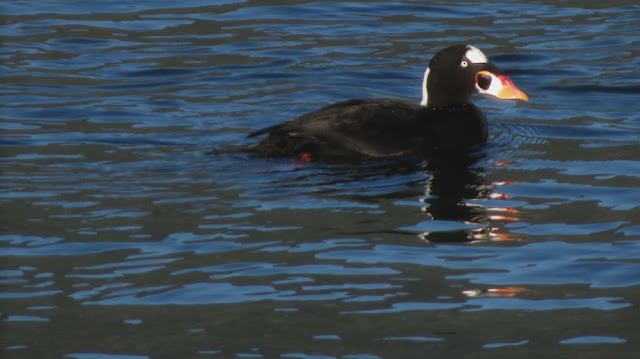 Barrow's Goldeneyes spend the winter on the ocean also. They are recent arrivals to Jeremy's neck of the woods. 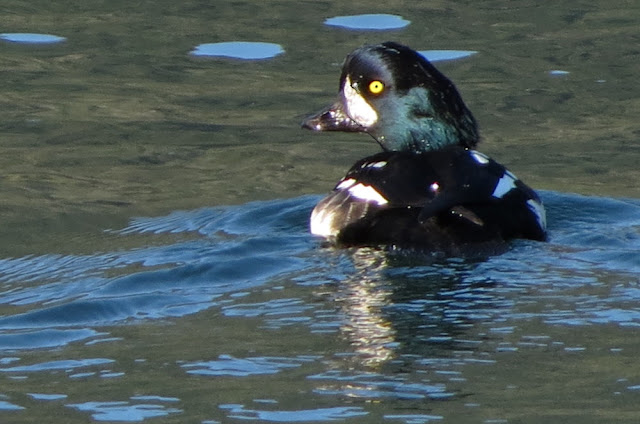 Sometimes they can be confiding around people. 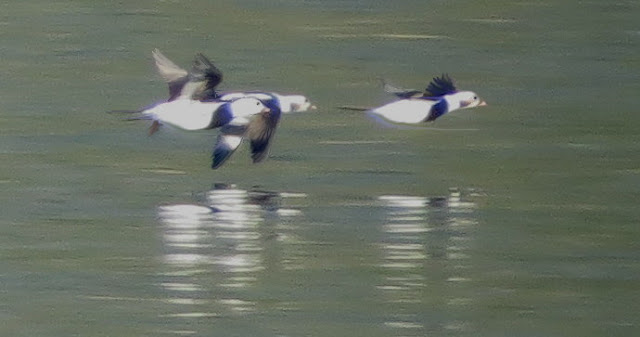 A species that is not easy to approach, Long-tailed Ducks. So far, they have not come close to shore at Jeremy's house. 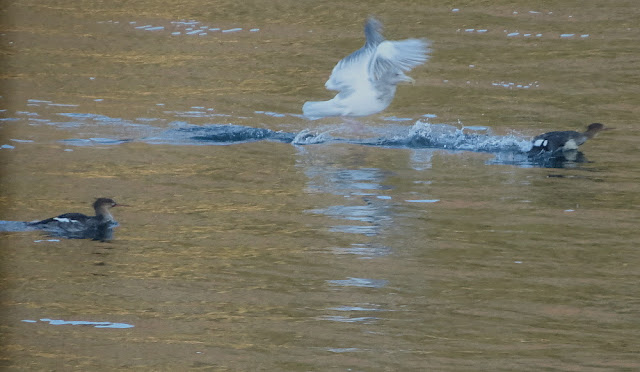 Jeremy shot a series of photos of this Glaucous-winged Gull dive bombing some Red-breasted Mergansers. 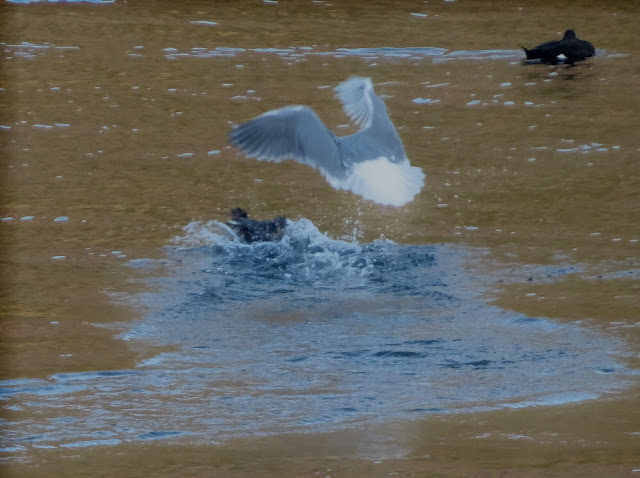 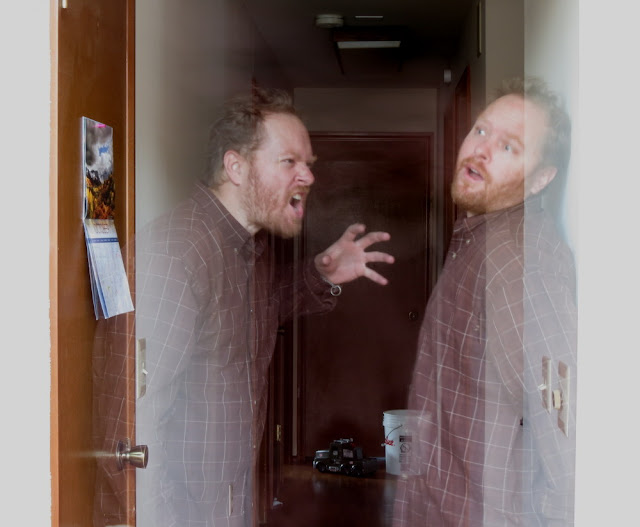 Since it's Halloween night as I write this, I'll include this double exposure of Jeremy being Jeckyl and Hyde.  BOO.
Posted by john at 7:30 PM