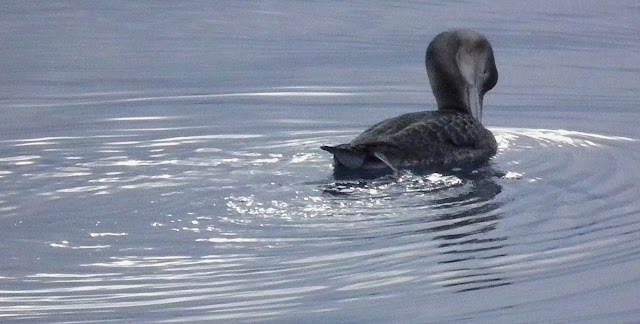 Normally my Top Ten list of the year includes only new birds. Since I did'nt go to any exotic destinations this year, I only managed to see three new species in 2012. The first one, Yellow-billed Loon was seen in Seward in February. Naturally it was in its dull winter, (basic) plumage. I actually saw two or three of them in Resurrection Bay, just off the beach in downtown Seward. 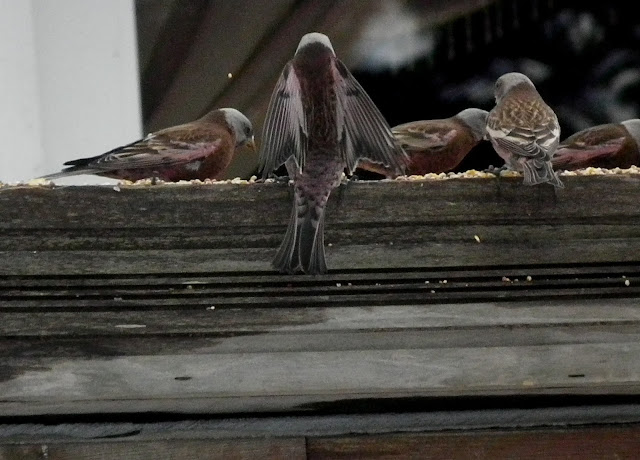 On that same day I got my second lifer of the year, Gray-crowned Rosy Finch, visiting somebody's bird feeder. There were about a dozen of them altogether. 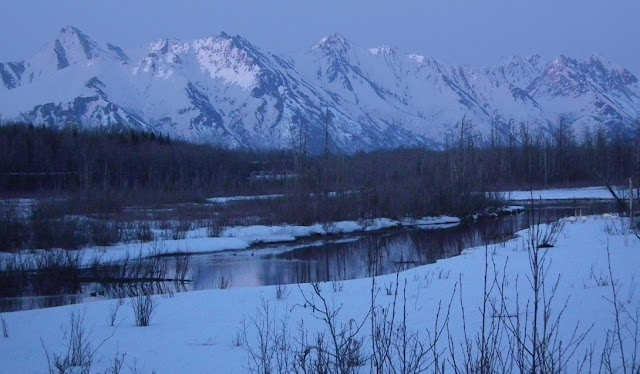 The last new bird of the year came in April, just outside of Palmer. One of those specks in the photo is a male, Eurasian Widgeon. 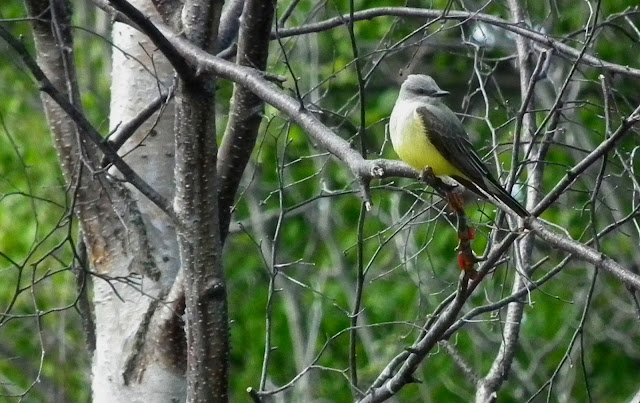 Now my task is to decide which seven not new birds were my favorite birds of the year. Western Kingbirds are not so very special to me. I have seen many of them when I lived in Arizona. This bird gets position number four on the list because it does not occur in Alaska, so it caused a minor stir among local birders when it showed up at Westchester Lagoon. 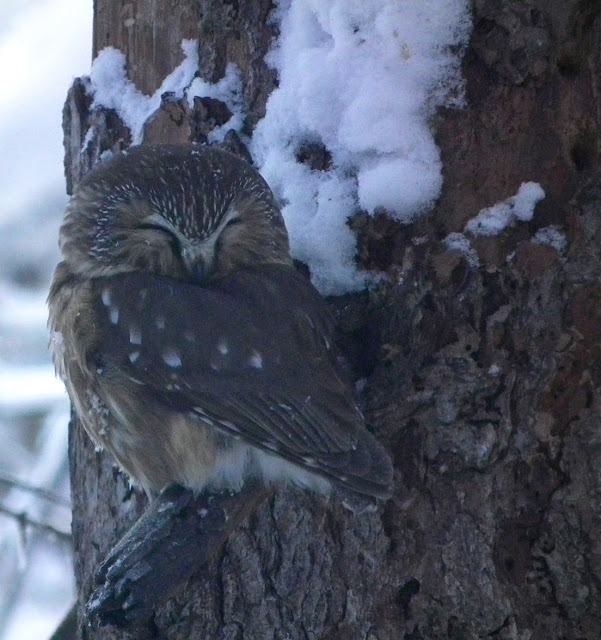 To me, Saw-whet Owls are far better than Western Kingbirds, but they are resident birds in this part of the state. I have only seen or heard a handful of them over the years. Favorite 2012 bird #5. 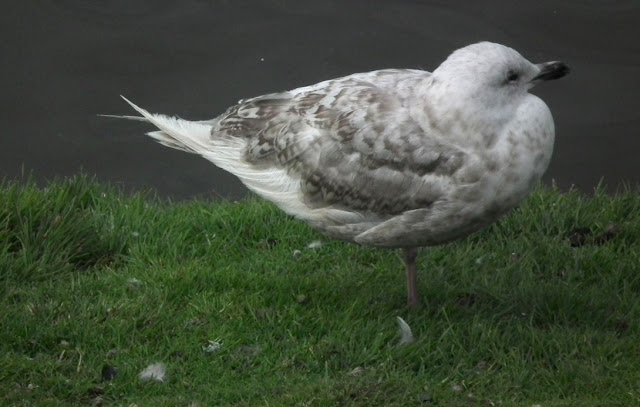 This bird was almost a lifer for me. It was reported as being a first year, Iceland Gull. Taxonomists have decided that Iceland Gull in not a distinct species. It is a clinal variation that includes, Kumlein's Gull, and Thayer's Gull. I don't know what the super-species is called, but since I have seen Thayer's Gull before, I guess this only counts as a third of a lifer. It was seen this fall at Cuddy Park in Anchorage. 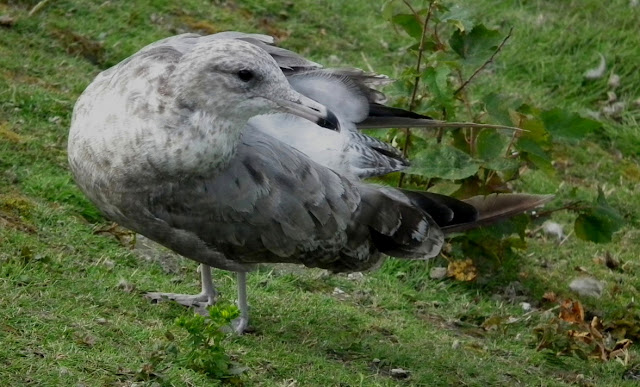 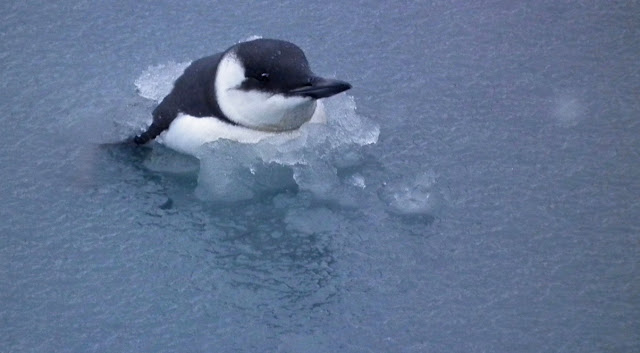 Common Murres are very common in their preferred habitat. I just don't get to those habitats often enough. This bird was photographed crashing up through the ice from below, in Seward Harbor in February. 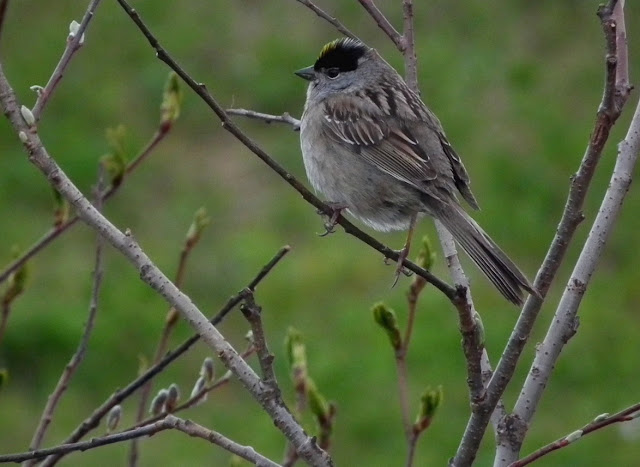 Another common bird that I don't see every year because I don't get to its near timberline habitat every year. Golden-crowned Sparrow makes the list because it is photogenic. I guess that this bird rounds out the top ten list, but not really. I saw other good birds that I don't get to see every year like, Long-tailed Duck and the three scoter species in Seward, Wandering Tattler, Black Turnstone, Song Sparrow, Red-throated Loon, Chestnut-backed Chickadee, and Rufous Hummingbird. Common species all, just things that I don't see often. 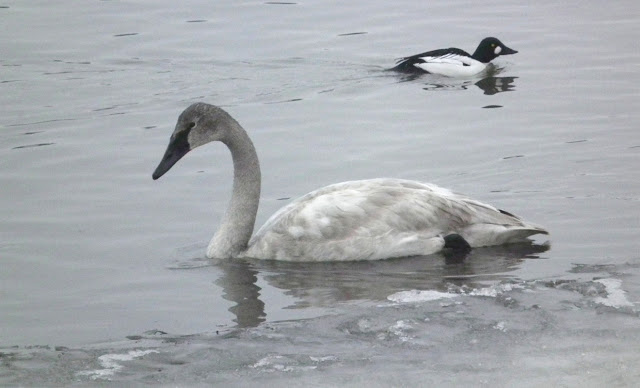 Other highlights include this Trumpeter Swan  at Spenard Crossing with a Common Goldeneye in the background. 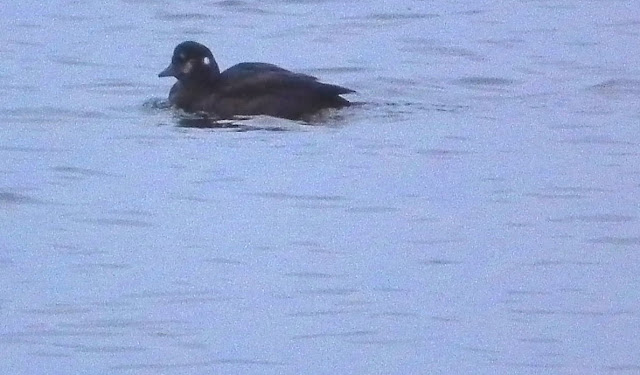 Harlequin Ducks like this female, are not seen often in Anchorage. This drab beauty was at Lake Hood just days before the lake froze over. Sandhill Cranes are regular Summer breeders or migrants to the coastal trail, but they are especially photogenic.
Posted by john at 9:09 PM