A Great Day in Singayta 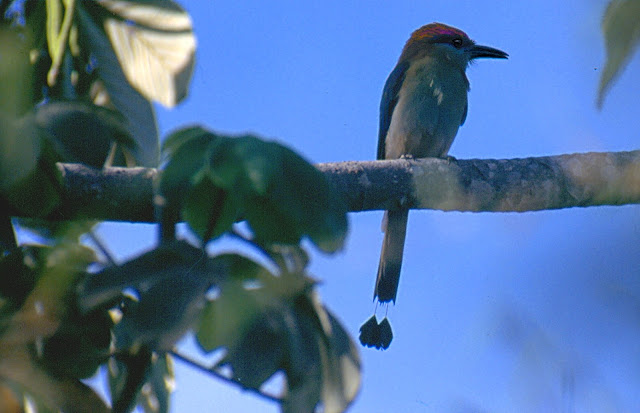 November 17, 1993 was a watershed day that helped to inspire my first painting in more than four months. It started at first light when I hopped aboard an Eastbound bus in San Blas, Nayarit, Mexico. After about five miles the highway rose up out of the Mangrove swamps and into the tropical forest. In a short time the bus stopped at the tiny village of Singayta and I got off.
I had already been to Singayta many times over the years and I decided to break away from my usual routine of walking through the village to explore the forest beyond. This time I continued on up the highway on foot. The forest canopy covered the entire highway so I walked in a shady tunnel of vegetation. There was a cacophony of bird calls all around.
One of the prize birds that I spotted that morning was the endemic, Russet-crowned Motmot in the photo above. 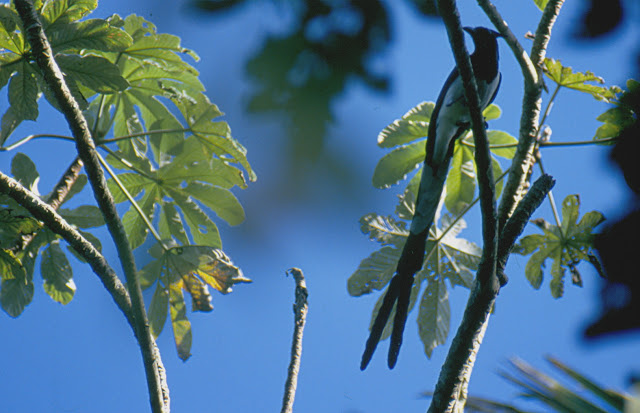 Another spectacular bird, the also endemic, Black-throated Magpie Jay. It is much more common than the motmot. 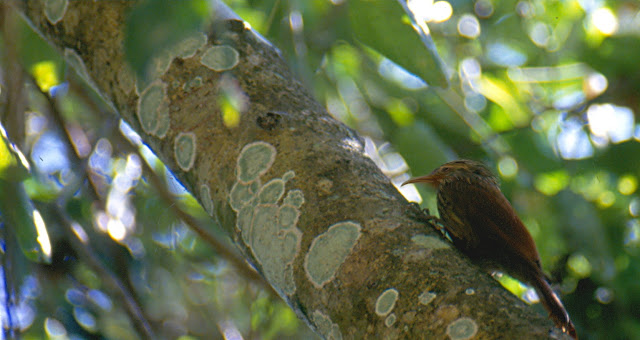 A difficult to spot inhabitant of the area is the Ivory-billed Woodcreeper. They behave very similar to the Brown Creepers of the Northern Hemisphere. White-striped, and Olivaceous Woodcreepers occur a little higher up. 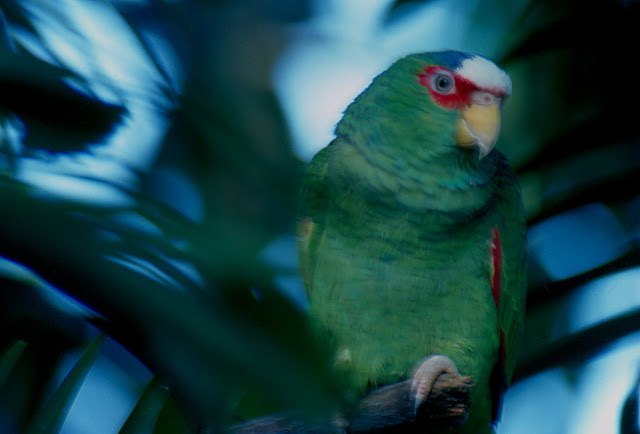 The forest around San Blas and Singayta abound in parrots, Mexican Parrotlets, Orange-fronted Parakeets, Lilac-crowned Parrots, and White-fronted Parrots like the bird above. Higher in elevation, there are Military Macaws. 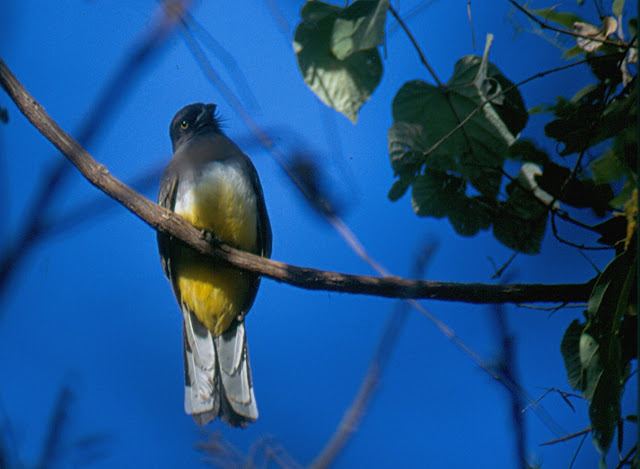 The tropical forests around Singayta are the best place I know of to see the endemic, Citreoline Trogon. There are Elegant Trogons as well. Other regular birds are Mexican Cacique, San Blas Jay, Masked Tityra, Rose-throated Becard, Golden-cheeked, lineated, and Pale-billed Woodpeckers, and so much more.
On that day I got my first Fan-tailed Warbler. The thing that set the day apart were the many hummingbirds I saw that day. Along with the usual, Black-chinned and Cinnamon Hummingbirds, I saw Berriline Hummingbird, and several new species, Mexican Hermit, Mexican Woodnymph, (both endemics) Plain-capped Startthroat, Violet-crowned Hummingbird, and Ruby-throated Hummingbird. I also saw a Magnificent Hummingbird. 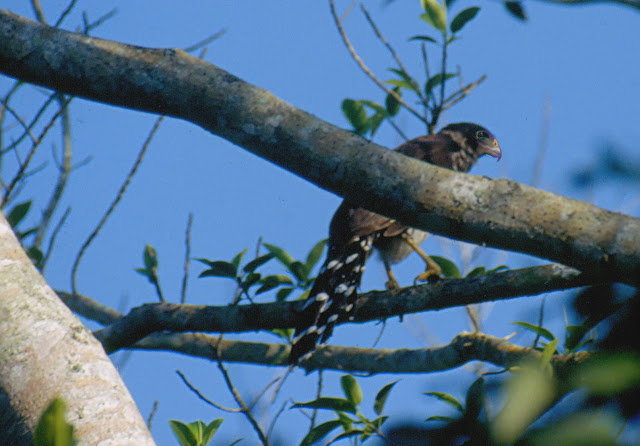 Eventually the highway rose up out of the forest and flattened out across some agricultural fields. I saw a dirt road leading off to the left and guessed that it might ultimately connect up with the road that leads back to Singayta. I was right in that assumption and I was soon back into the forest. One of the birds I saw was, Collared Forest Falcon, above. Further along I saw a Blackish Crane Hawk, another of the many great local raptors.
As the day grew very hot, the birding action died down and biting insects prevailed throughout the forest. I drank all the water in both of my canteens, and still had more than a mile to walk, just to reach Singayta. Up ahead I heard a Happy Wren that sounded anything but happy. It was loudly scolding. I thought that it was upset at me, but soon noticed that it was paying no attention to me.
Its attention was focused on a clump of vegetation about eight feet above the road. I thought that there must be a snake hiding inside the tangle of vines and dead leaves. When I looked closely, I saw that the wren's attention was on a clump of curled dead leaves on top of the tangle. Then part of the clump turned, and there were two fierce yellow eyes staring back at me. I saw that it was an owl. A tiny owl, about five inches in length. Its markings looked like a Ferruginous, (now Ridgway's Pygmy Owl), but it was much smaller. It could only be a Colima Pygmy Owl. One of the world's smallest owls, and another lifer for the day.
I managed a few quick photos before it flew off, but I have since misplaced those poor quality photos. 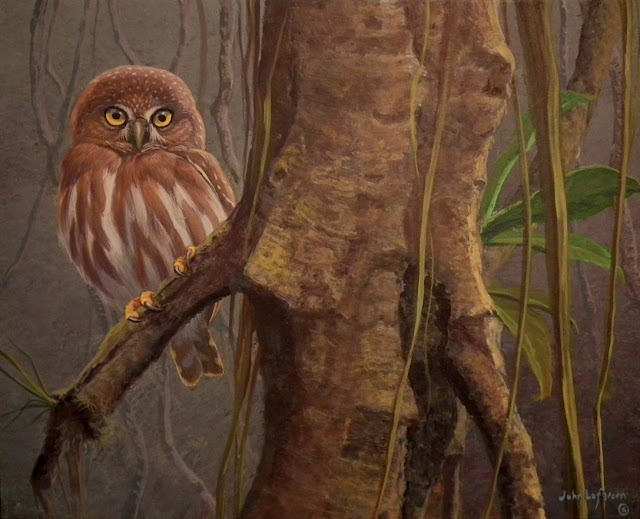 So this is the first thing that I have painted since September. Colima Pygmy Owl, 8x10". I finished it today, but I'm not sure that it's finisned. I won't varnish it until I'm satisfied with it. The owl is passable but the setting still needs a better effort.
Posted by john at 10:18 PM

I fill really beatifull this owl;in fact, its bery difficult to know when the picture is finished or not, all it depends how did you was himagined your picture, before to start the work.