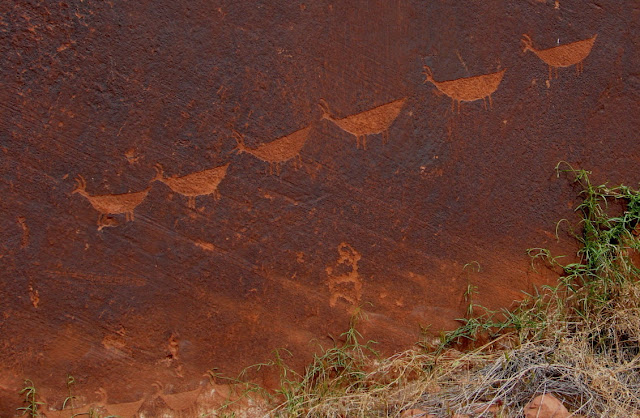 A few weeks ago I did a post about Prince William Sound with superb photos taken by my friend Dan Holayter. Check it out if you missed it. This post features more excellent photos that Dan shot in Northern Arizona. The photo above displays the rich colors and well preserved petroglyphs of the rocks along the Green River. 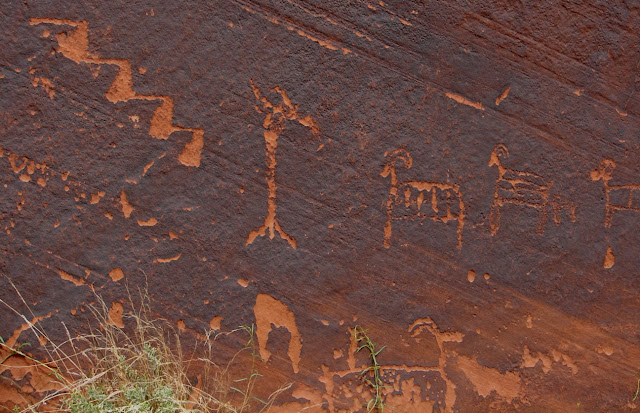 At least some of these must represent the local Desert Bighorn Sheep. It's anyone's guess as to what the meaning of it all may be. Many different pre-columbian cultures made petroglyphs in the Southwest. They are easily found in numerous places in Arizona. 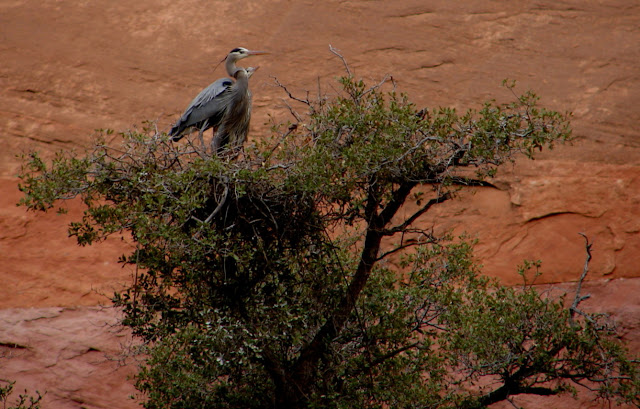 Who would expect to see nesting Great Blue Herons in the desert? They usually nest in small colonies. 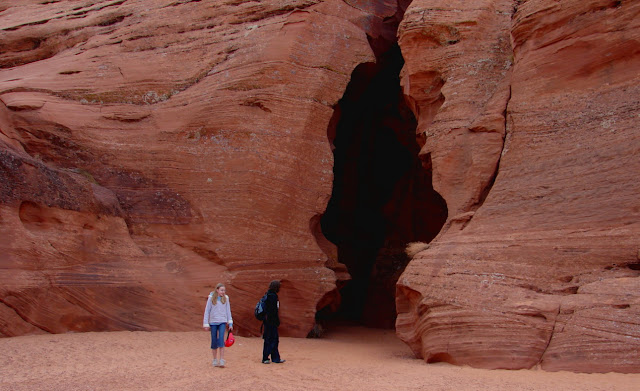 Exploring the slot canyons of Northern Arizona and Southern Utah are truly a surreal natural experience. Dan's son Danny and daughter Tara are preparing to take a magical mystery tour of Antelope Canyon, without the music of the Beatles. 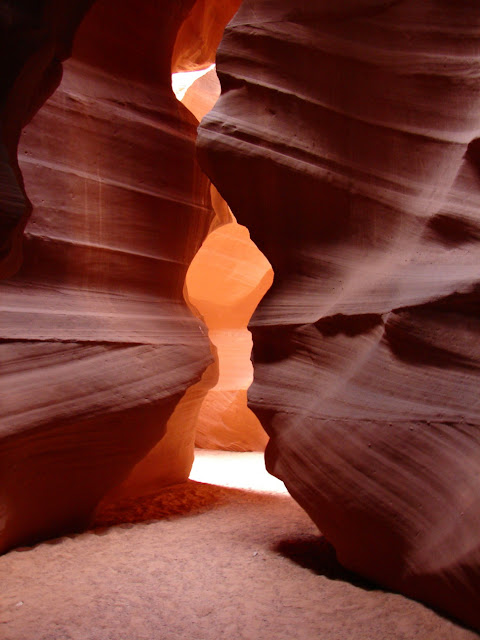 Words are inadequate to describe the visual rhapsody of sculpted rock and glowing tones inside the canyon. 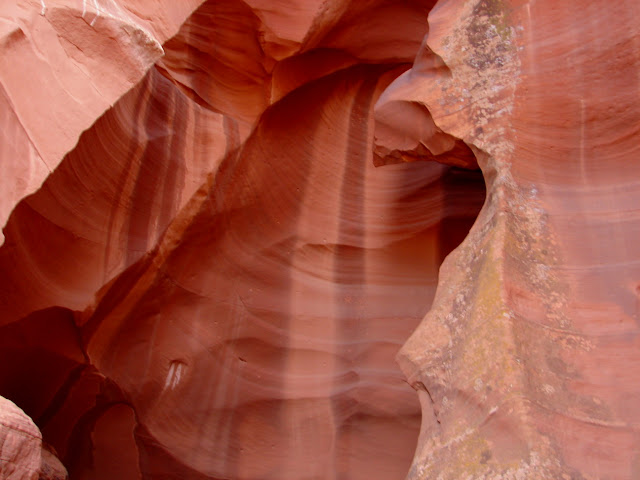 I'm trying to avoid the cliche' of comparing these scenes to a cathedral. No cathedral comes close to the majesty of this place anyway. 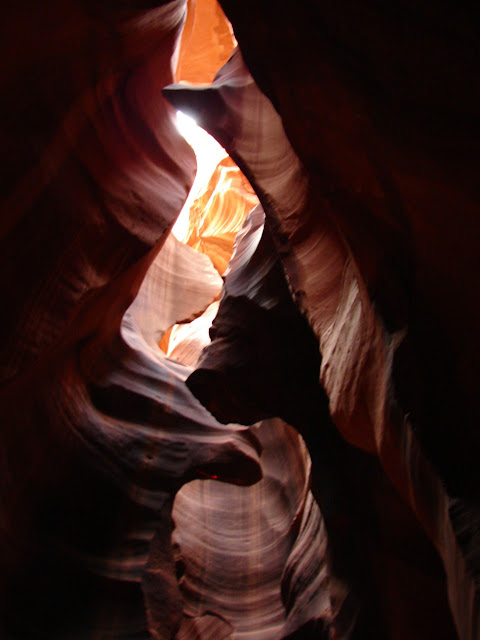 I guess that people who suffer from claustrophobia would have difficulty relaxing inside a slot canyon, especially if they had ever experienced a flash flood. This is not the place to be after a rainstorm during the summer monsoon season. 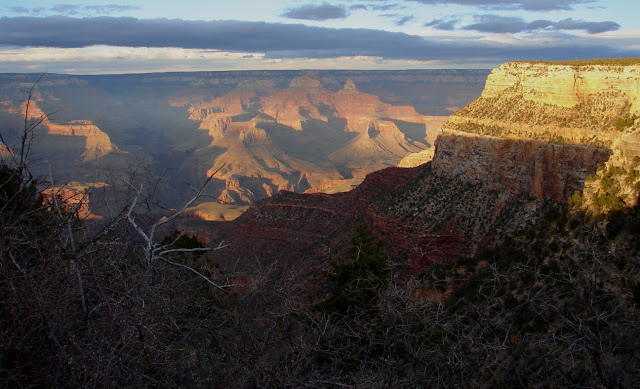 Moving on from the intimacy of Antelope Canyon to the overwhelming spectacle of the South Rim of the Grand Canyon. 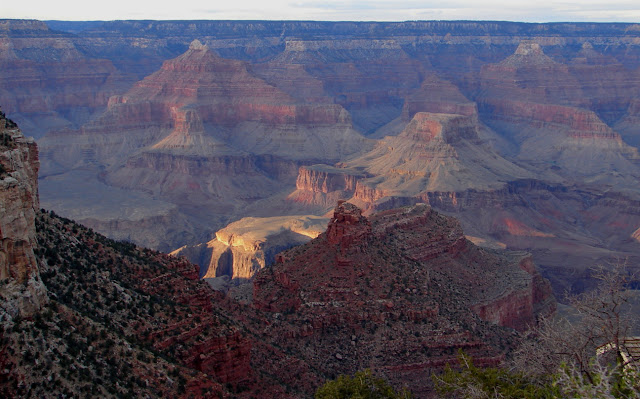 Isis Temple, the Battleship, and the Colonade are the names of three of the formations in this photo. I used to know the names of many more of them. I have painted a scene from virtually this same perspective. Alas, I have no photos of that colorful painting. Regretfully I misplaced nearly all of my own photos of the Grand Canyon long ago. 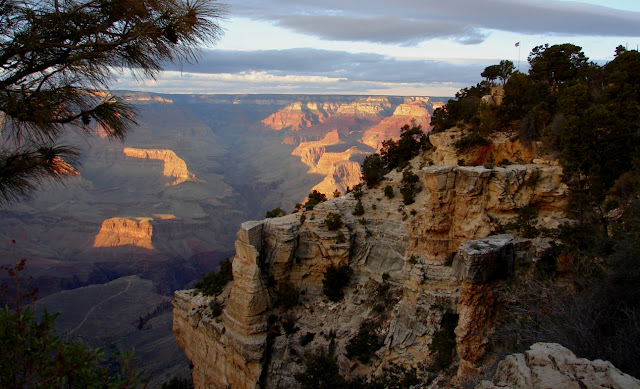 Notice the trail leading out to Plateau Point in the shadowy, lower left hand corner of this photo? It's a relatively easy stroll to walk out to the point if you have good knees. Getting back up is a bear. I have hiked down to the bottom of the canyon in three different places. I'll never have the stamina to do that again. 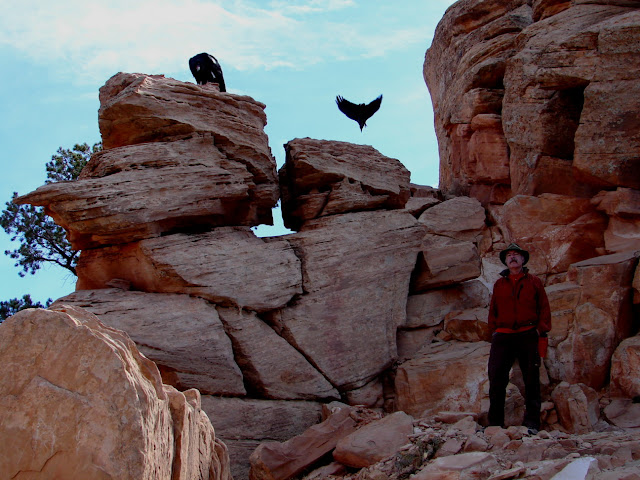 Dan heard rumours of there being California Condors somewhere nearby, but he can't find them no matter how carefully he scans the distant horizons.

Sub-adult condors are much easier to find in the canyon than adults. I used my cloning tool to remove the annoying wing tags in this photo. 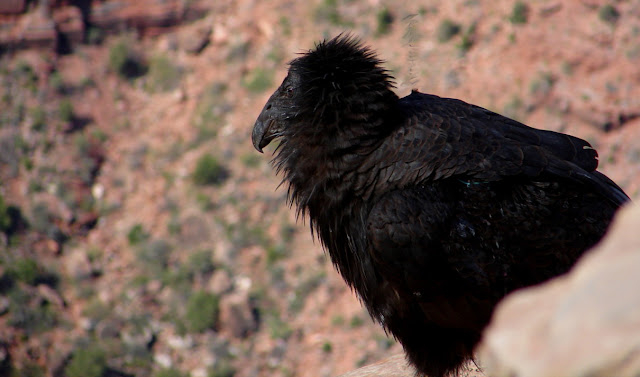 Condors had not yet been re-introduced into the canyon when I left Arizona. I have never seen a wild condor, but I did reach into Topo's cage and touched it when he was the only captive condor, back in my teenage years. He tried to remove my finger but I was too fast for him. 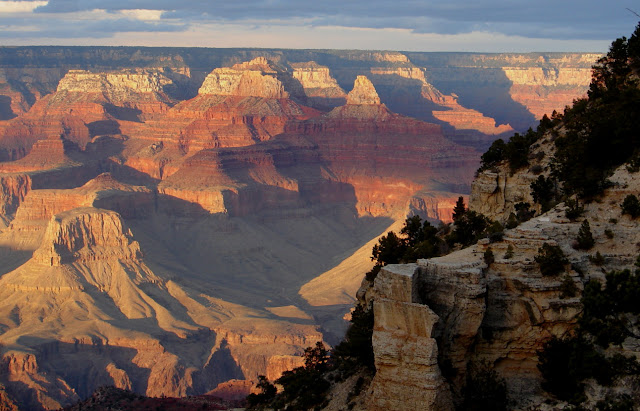 I'll end this post with a parting shot of the canyon in all it's splendour.
Posted by john at 1:09 AM

Yes the antelope cañon is well-known for his savage floods in the wet season.The Great Colorado Cañon is rich for his numerous fossil strathos and his dinosaur fossil pugmarks.The most curious of the California condor is when make his nests in the giant sequoia trees;this treasure of the north american avifauna is the direct descendant of the fabulous "Therathorns", the giant pleistocene condors that has been find in "La Brea" tar pits in Los Angeles!.