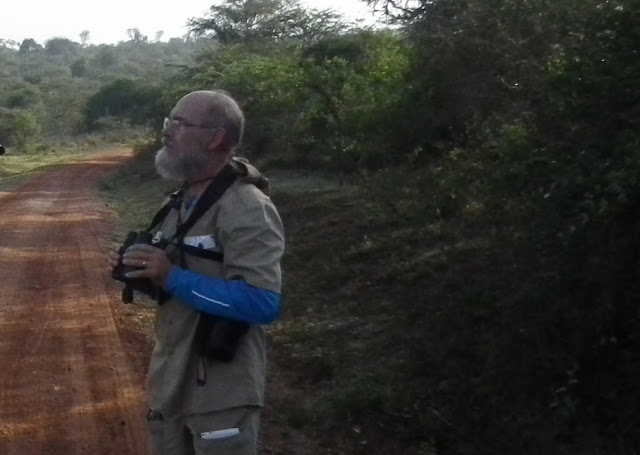 This is not some hokey Guiness world record like balancing bowling balls on your head; this is a truly historic event. I'll get to that in a moment.
The photo above depicts Tom Choate in Uganda a few years ago. 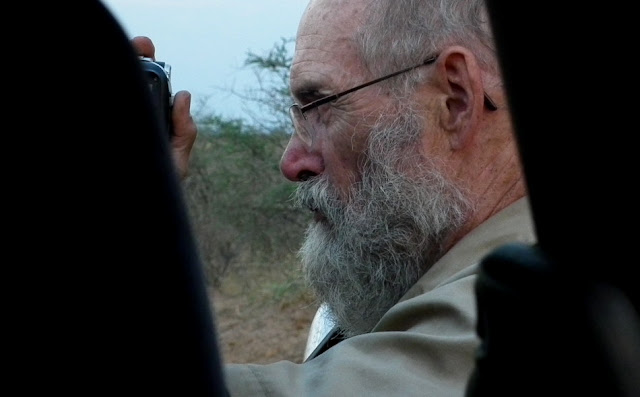 I have known Tom for six or eight years. We have birded locally in Alaska a number of times and we traveled together to South Africa and Uganda for a month in each place. 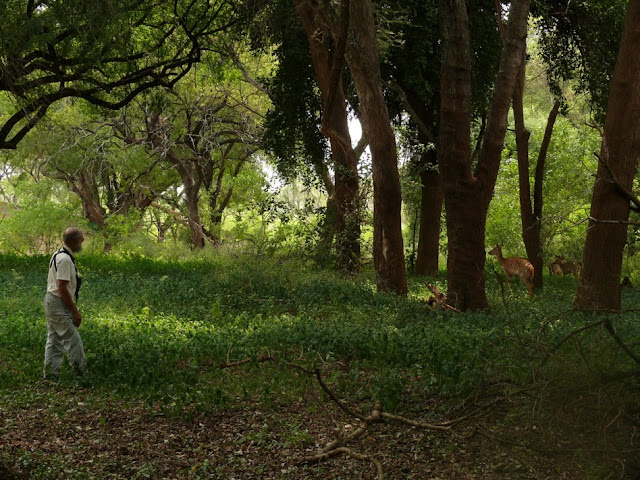 During these long trips Tom mentioned that he enjoys climbing mountains and that he has traveled to many countries to climb the local peaks. He mentioned that he teaches classes in the summer and trains would be mountain climbers.
Here he observes some Nyala in South Africa in the photo above. 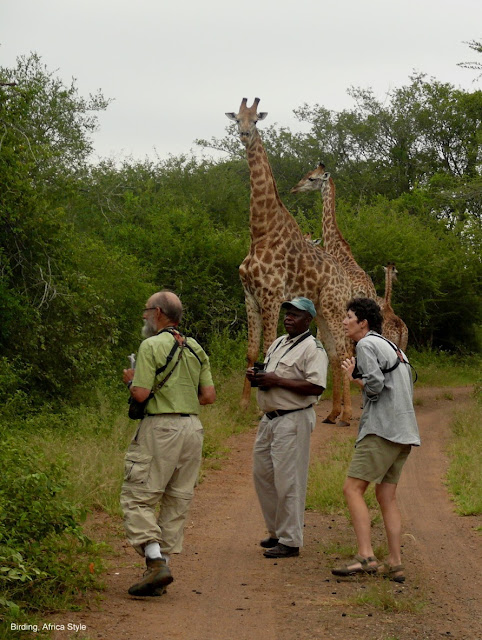 Tom ignores giraffes in the photo above. They were looking for some obscure little brown bird instead. 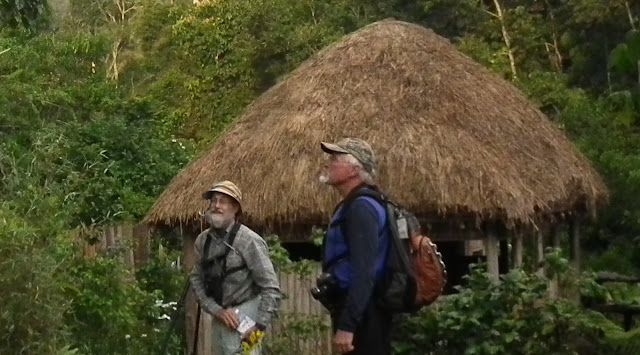 Tom and Gary in front of our humble lodging in Bwindi Impenetrable Forest, Uganda. 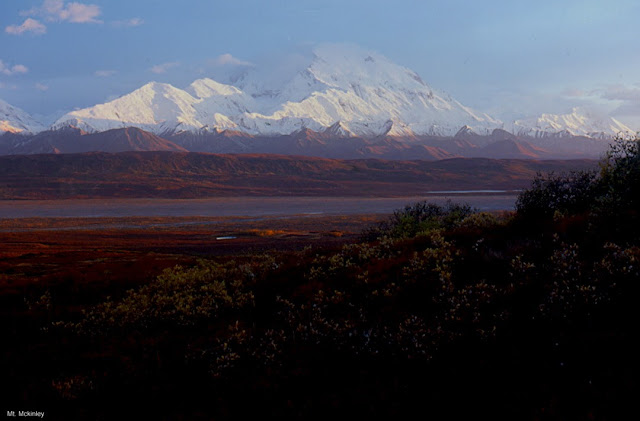 Mt. Mckinley is one of the most difficult mountains to climb in the world. It is on the bucket list of all serious climbers. Many mountain climbers die on it's slopes every year. I lost three young friends on this deadly mountain some years ago. It is not technically difficult like some peaks. The crazy weather, relentless cold, and treacherous avalanches are what claims so many lives. 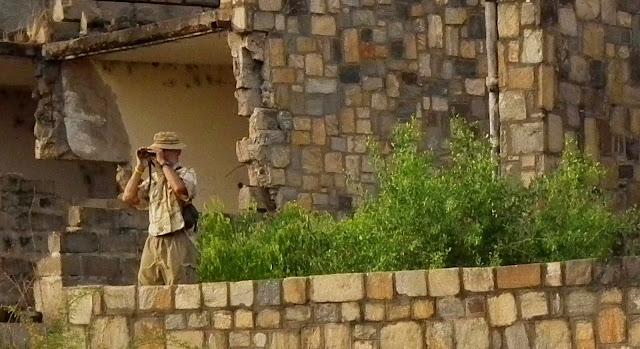 What Tom never bothered to mention during his discussions about his climbing career was that he climbed Mt. Mckinley way back in 1963. That was when there was no base camp, no Park Service, and more importantly, no possibility of rescue should things go badly.
Tom in Uganda above, birding the ruins of a grand resort that was destroyed by political strife years before.

Tom also never mentioned that he climbed Mckinley in 1973, 1983, 1993, and 2003. Do you see a pattern forming here? Guess what year it is now?
Well Tom is now 78 years old. I think he may be the oldest person that I know.
He just got back from another successful climb of Mt. Mckinley.
That makes him the oldest person to climb Denali, The Great One. The previous record holder was a 74 year old climber from Japan. Will he return to Alaska to try to beat Tom's record? I doubt that any one will ever beat Tom's record.
Congratulations Tom!
Posted by john at 9:14 PM

To give you an idea of what an ascent like this entails, Tom spent 42 days on this climb. Imagine eating dehydrated food for that long; not to mention enduring below zero weather for the entire time.