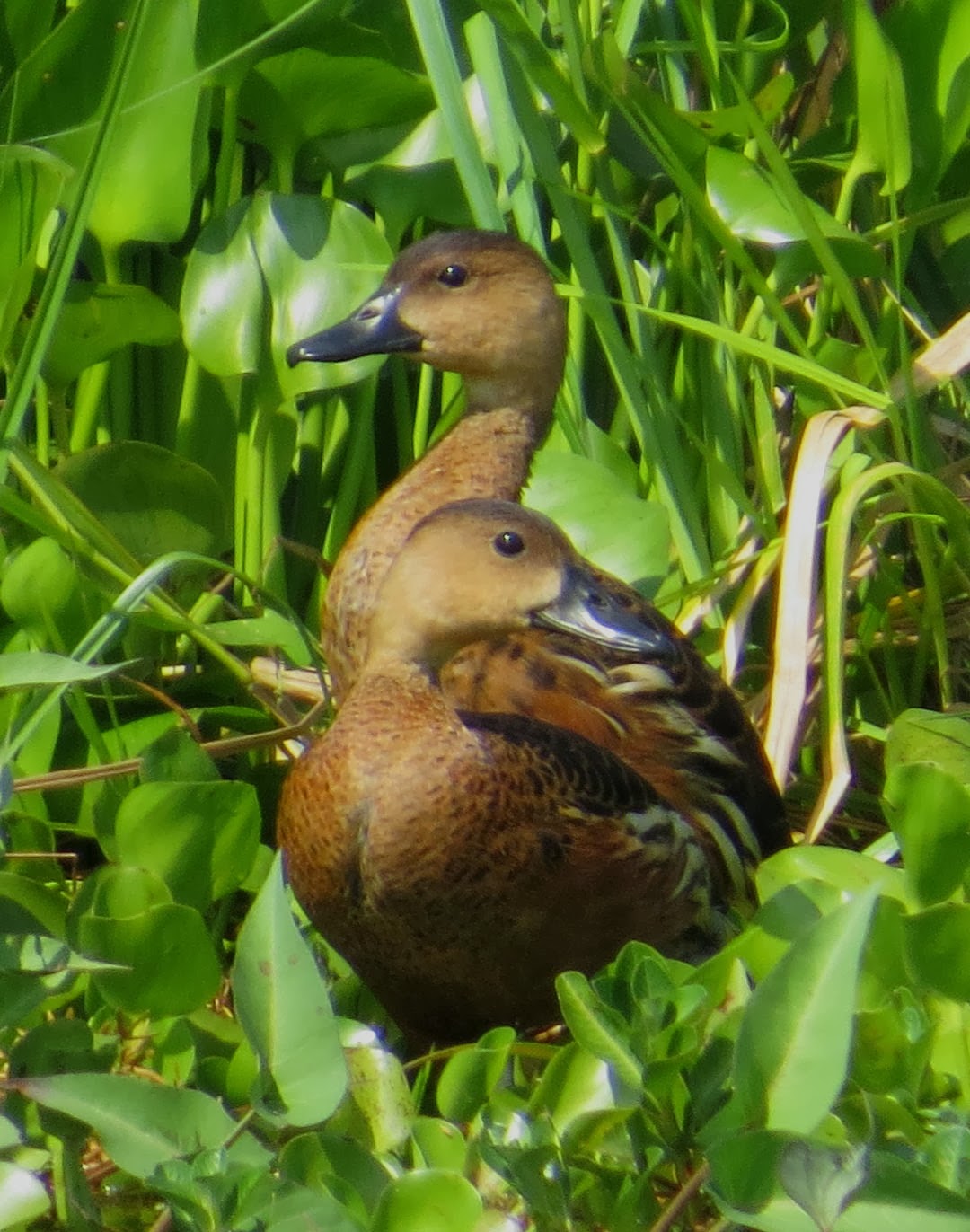 Gary's friend from the Philippines, Randy, sent a few more photos of the local birds like these, Wandering Whistling Ducks. They look very similar to the widespread, Fulvous Whistling Duck, which lives in Central and South America, although I saw them in Uganda..

Two wintering shorebirds. The bird on the right is a Wood Sandpiper, and the bird on the left is a stint, Temminck's Stint, I believe. Let me know if you think I got it wrong. 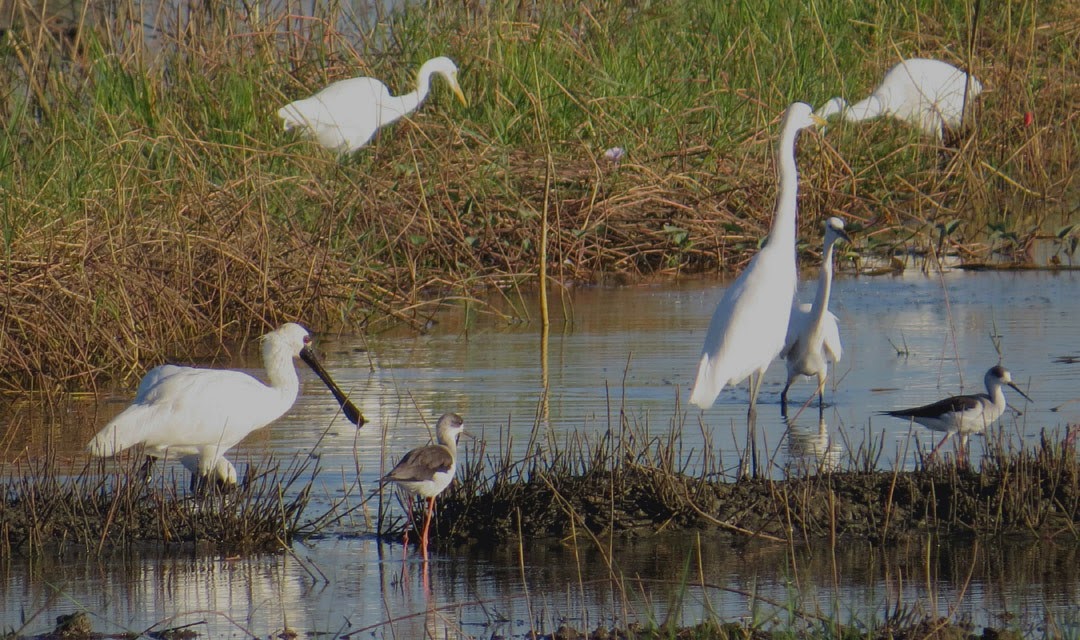 The bird on the far left is a real rarity for the Philippines, A Black-faced Spoonbill. The large white birds are Great Egrets, and the smaller egret is a Little Egret. The smallest birds are, Black-winged Stilts.
Great Egrets also occur in the Americas and virtually worldwide. Little Egrets are almost identical to the Snowy Egrets of the Americas, and Black-winged Stilts are very similar to the American, Black-necked Stilts. 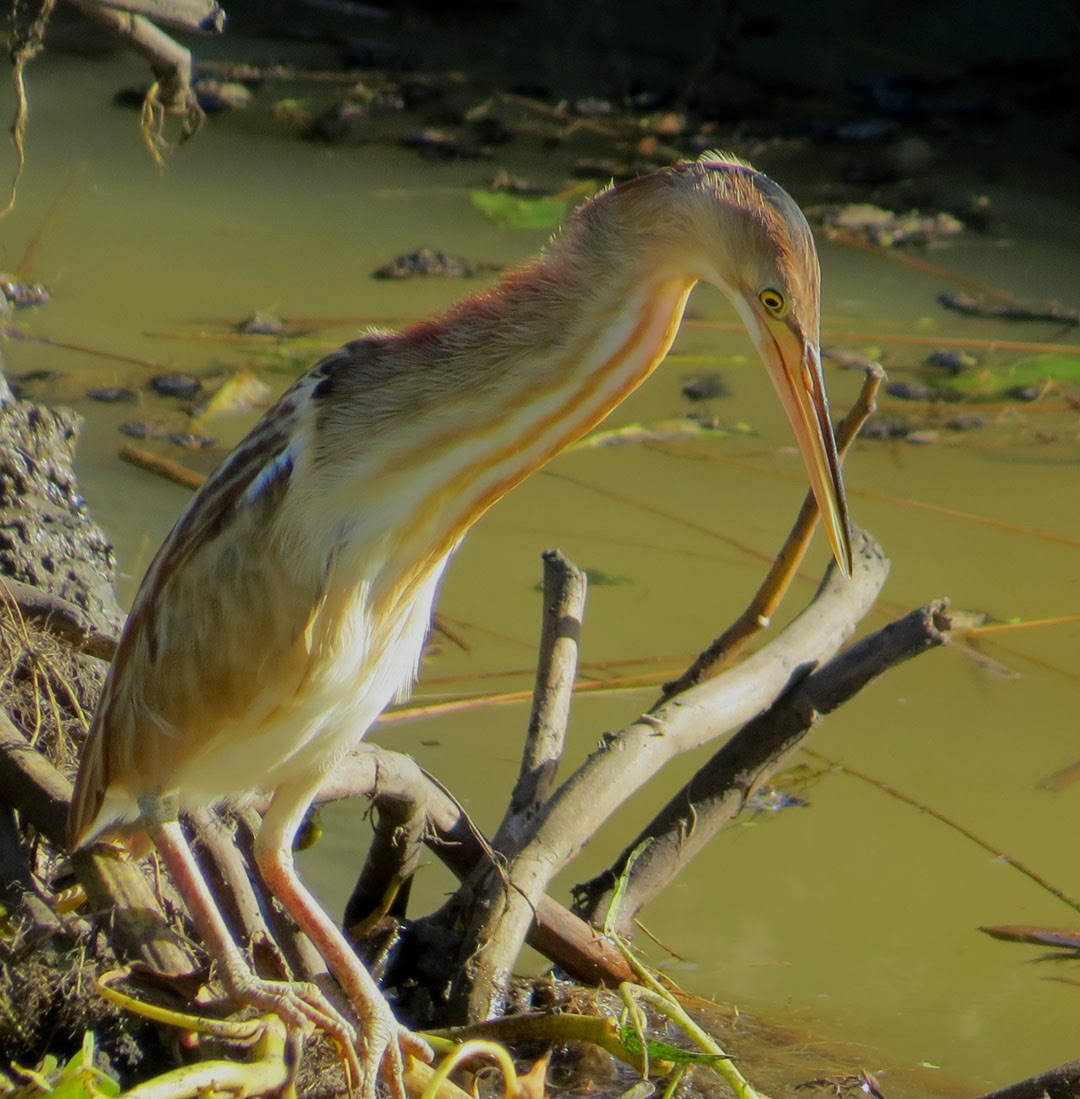 A beautiful, Yellow Bittern. I got to see these in Thailand and Cambodia. The birds I saw were very shy and I could not get passable photos. 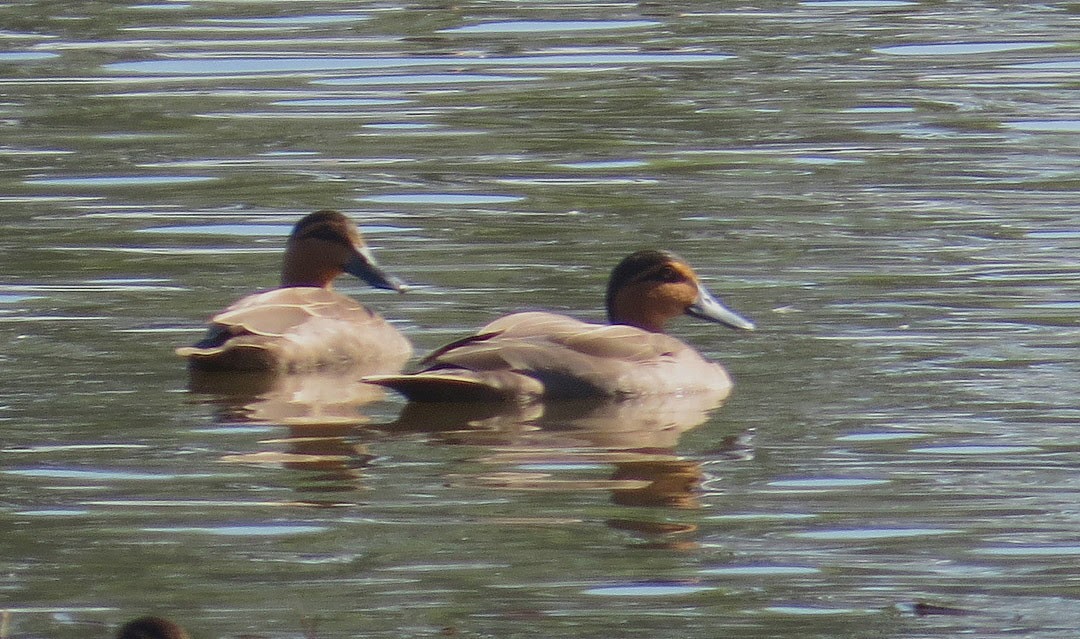 Philippines Ducks. These are considered to be rare, even in the Philippines. 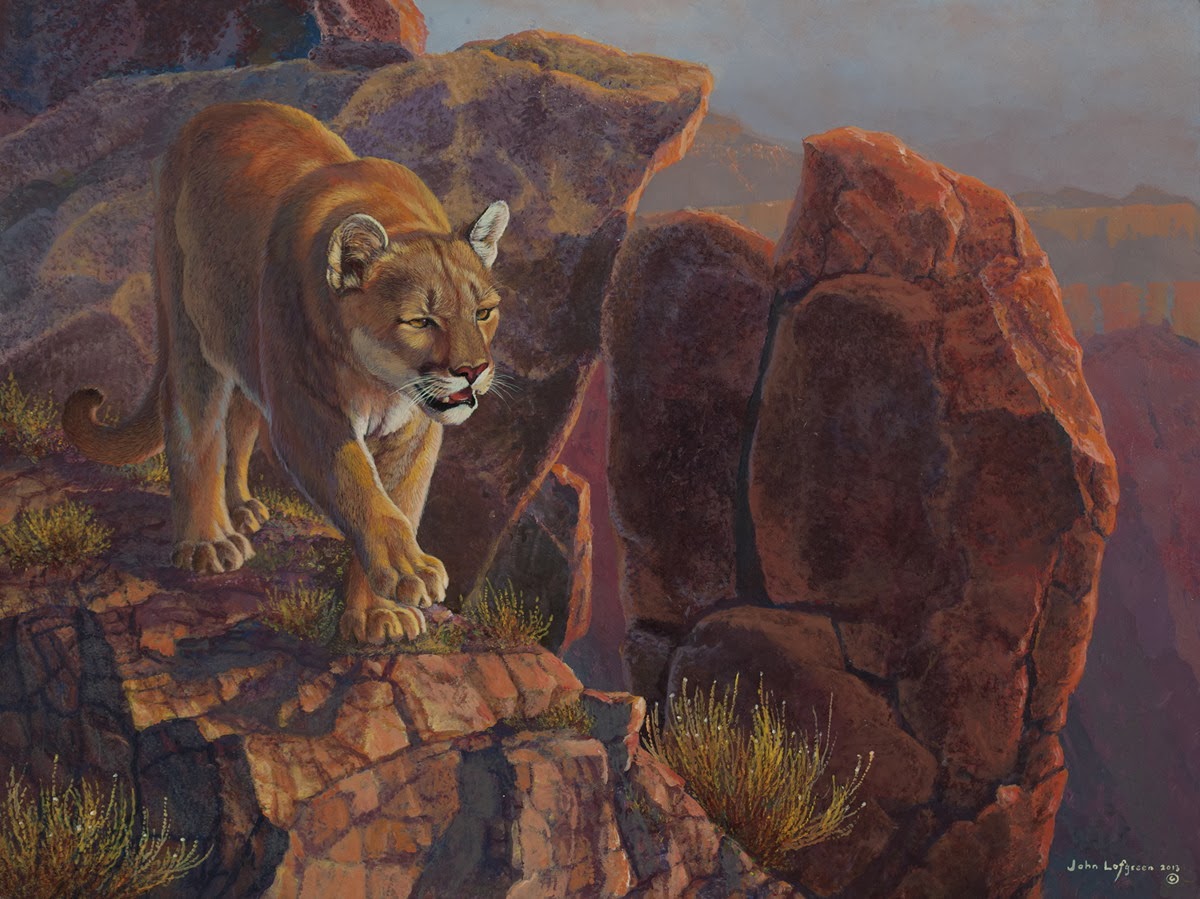 Although I have already done a post about this painting, Cat Walk, 18x24". I have included it again because I got it professionally photographed. This photo is a little better than the photos that I took.

I also got this latest painting, Summer in the Pribilofs, 12x24" professionally photographed. This photo is far superior to the lousy photos that I shot. It shows what the painting actually looks like. 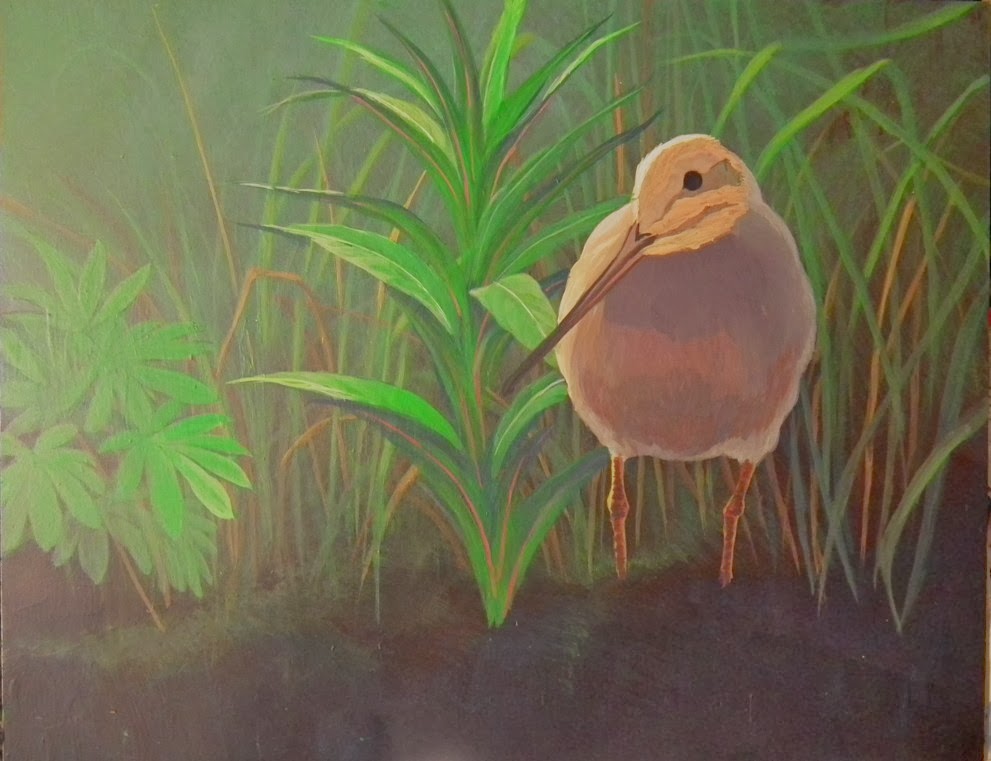 This is my current painting in progress. It is a Wilson's Snipe, 11x14". At this stage it does not look like much. I have spent a lot of time building up the layers of background vegetation and I have a lot more to add after I paint the snipe. Most of what I have already painted really does not show in the photo. I will probably add some flowers and it will have a dark foreground with  shadowy vegetation that partially covers the bird. At least that is the plan.

All of your pictures are beautiful John,the cougar have avivid thonalities,the puffin and the crested auclet are good ambiented,i fil that the wilson snipe are good started.