Stinky Gets a Makeover 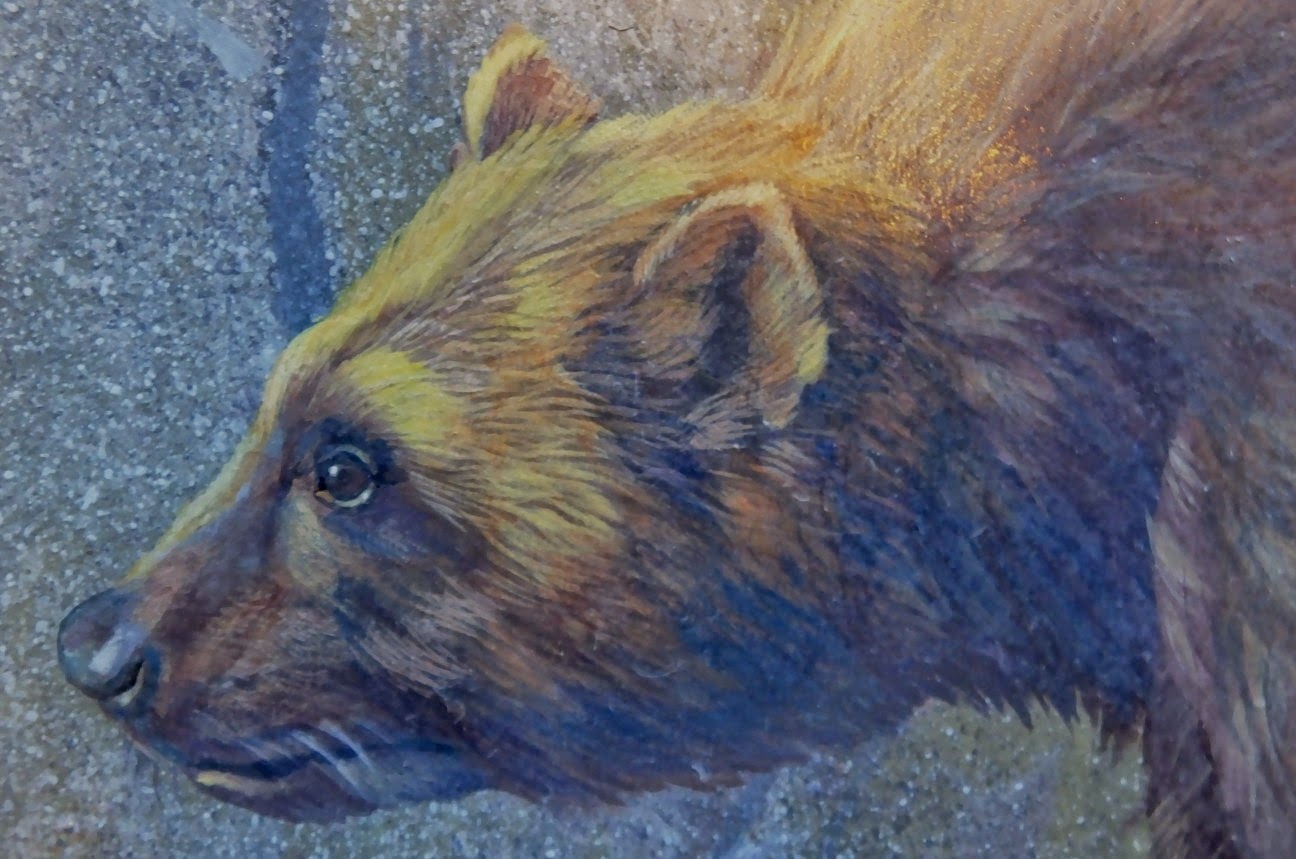 Meet Stinky. He is a Wolverine. He has been languishing, unsold, in the Sea Lion Gallery since 2009. Recently he came home. 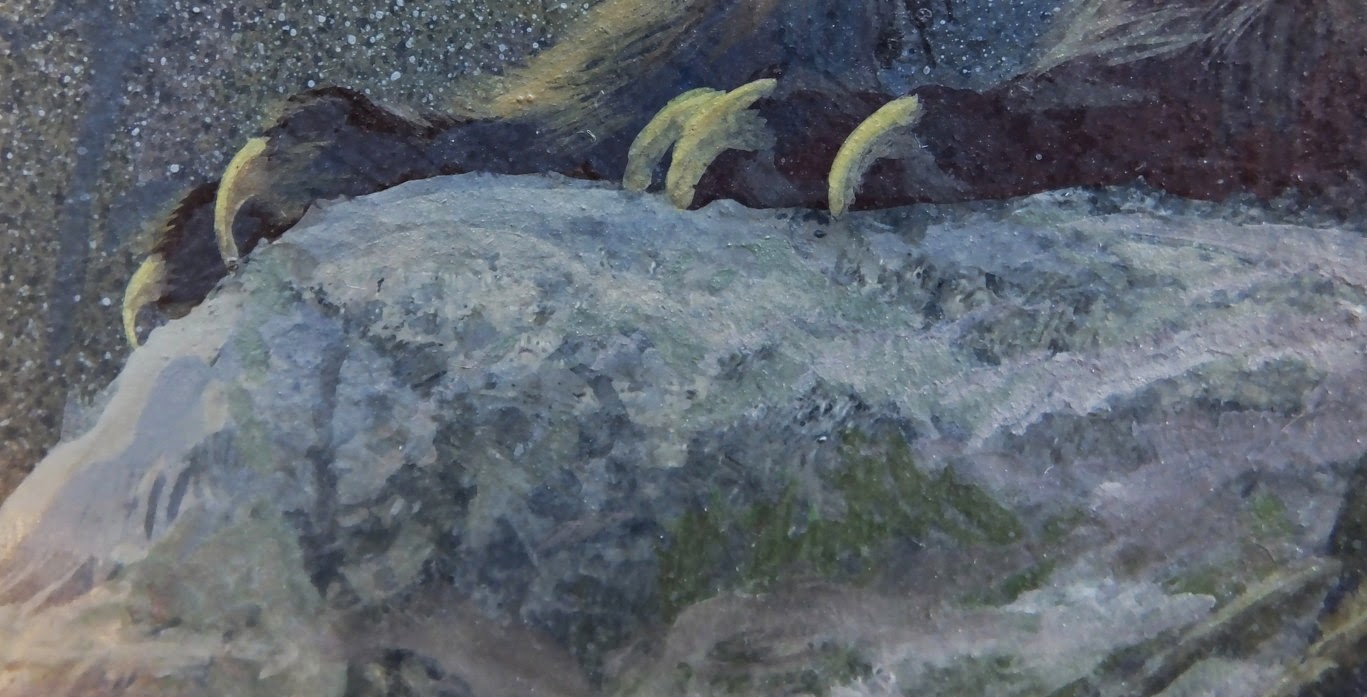 Maybe he never sold because he has stinky feet like my brother. 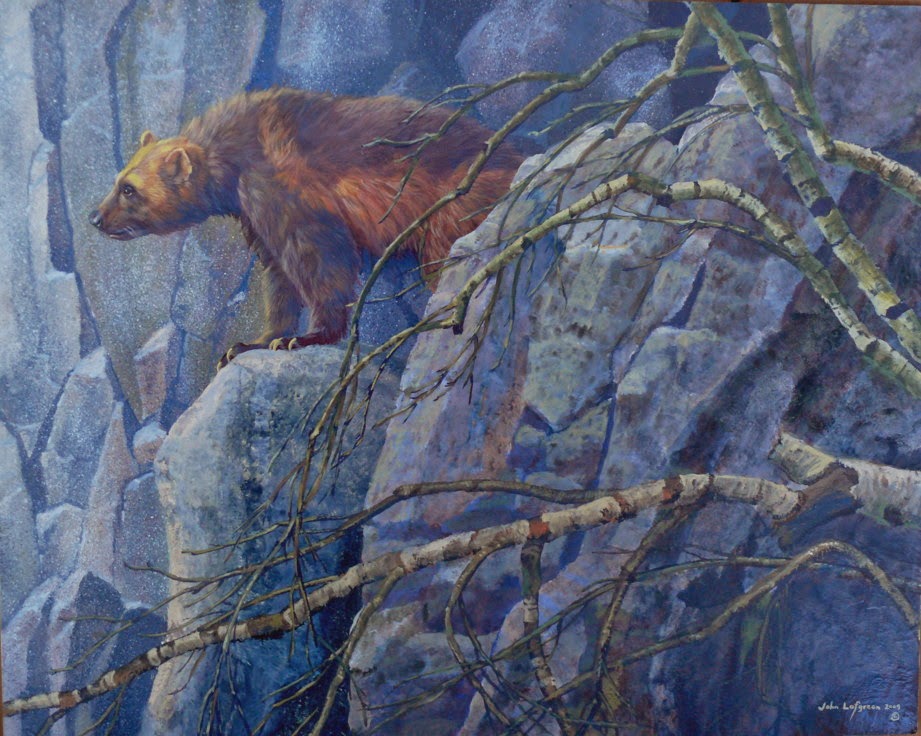 Stinky is the main subject of a 16x20" painting called, 'Lair of the Skunk Bear'. Personally, I really like the basic idea of this painting. The rocks behind the Wolverine and Stinky himself came out just the way I wanted. For some reason I could not get the rest of the painting to look right. Finally I gave up and called it finished. 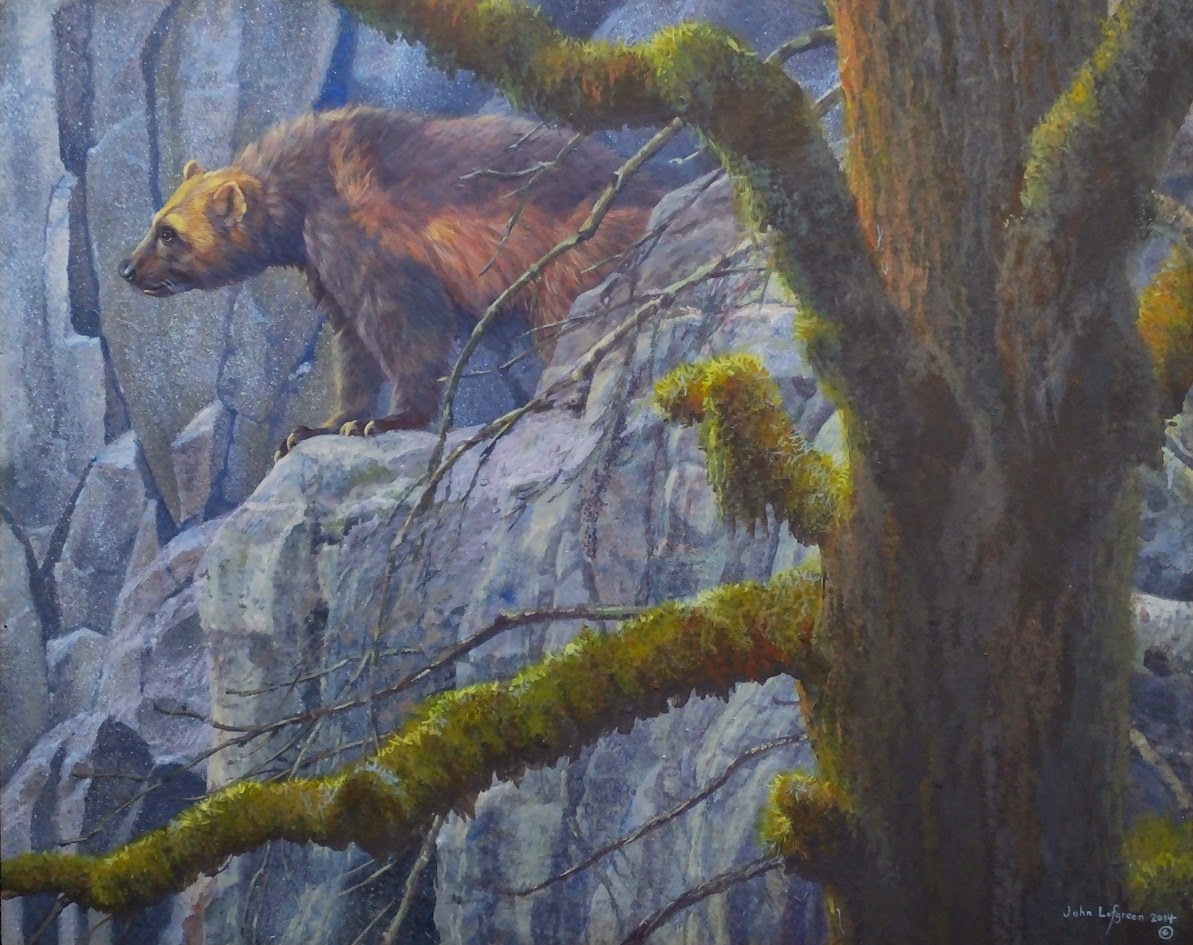 For this new version I worked on the rocks below the Wolverine's feet and added the big tree to help frame him. I know that I rushed it and should have further refined the tree to make it look more natural. Is it better? What do you think? 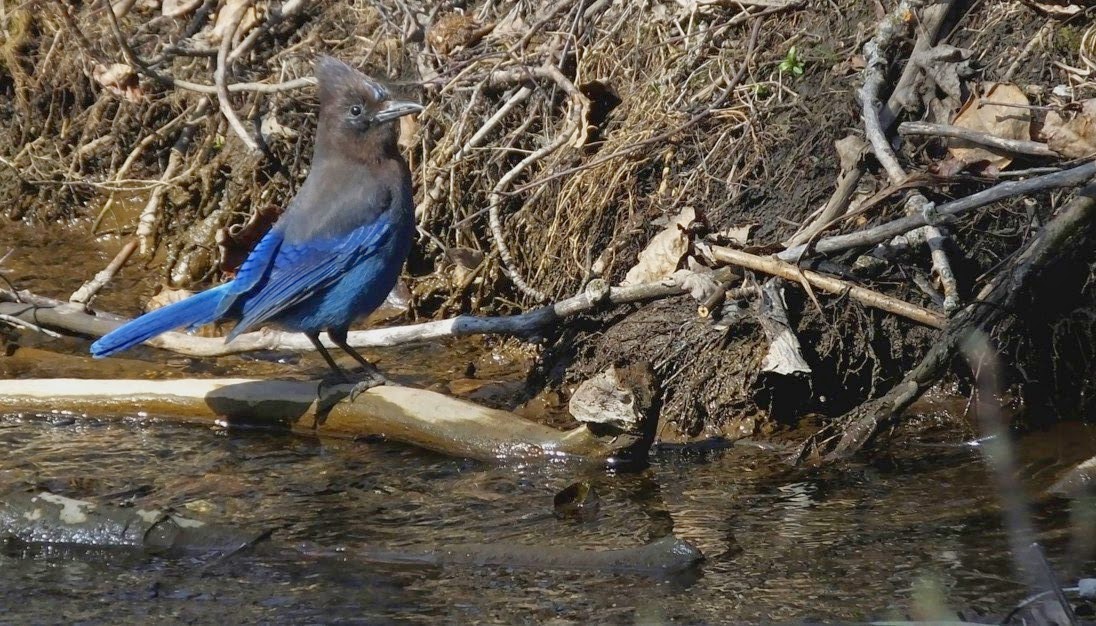 On Wednesday I went back to Spenard Crossing, Westchester, and the coastal Trail. This Steller's Jay was cavorting on the banks of Chester Creek. Once again Blogger made all of these photos paler than they actually are. 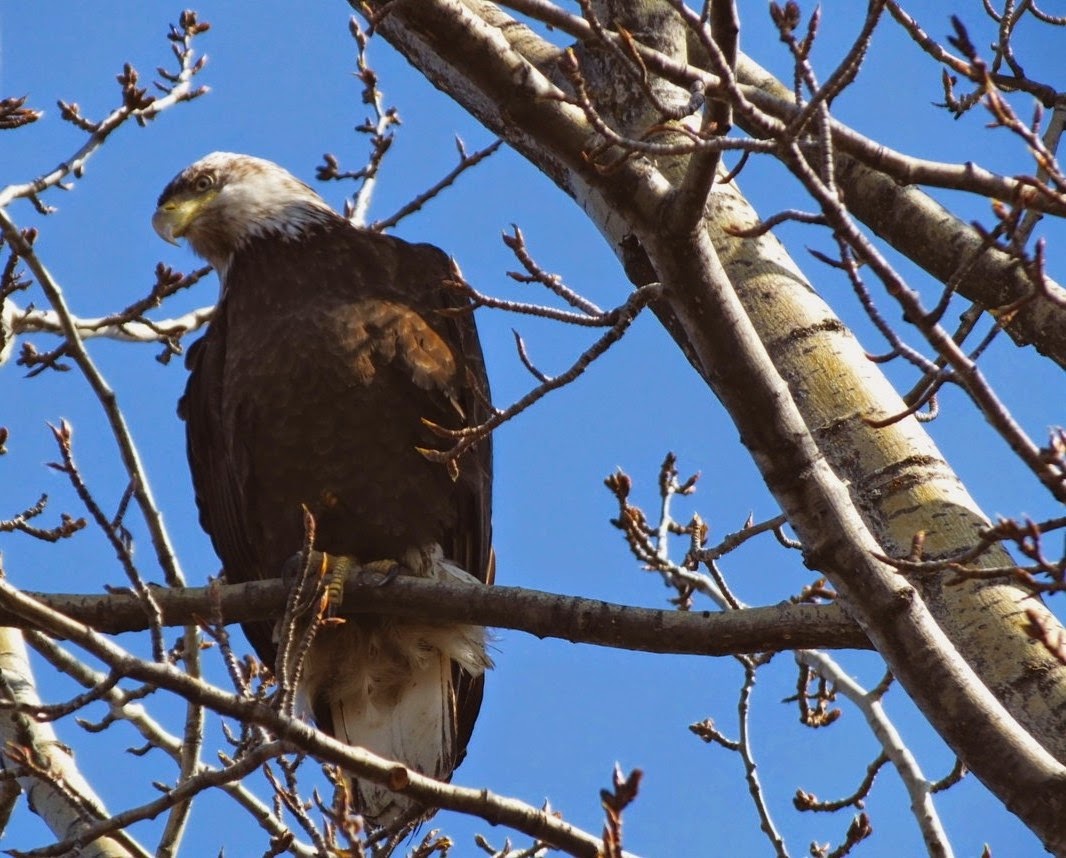 This Bald Eagle was quietly overlooking the scene from a tall cottonwood. 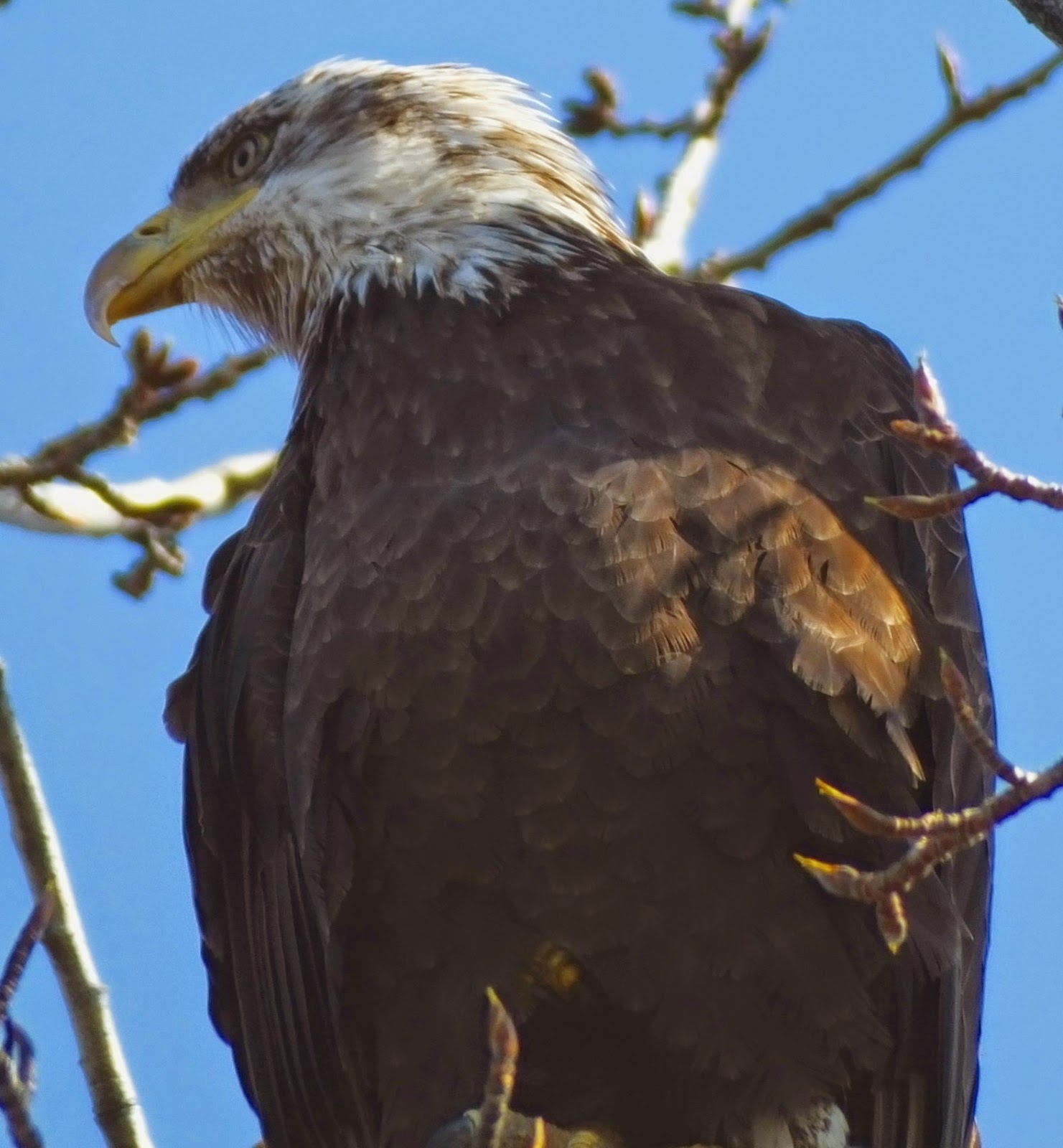 The eagle allowed me to stand right beneath the tree and it never flew. That is not unusual, I have gotten within about four ft from other eagles that also never flew away. 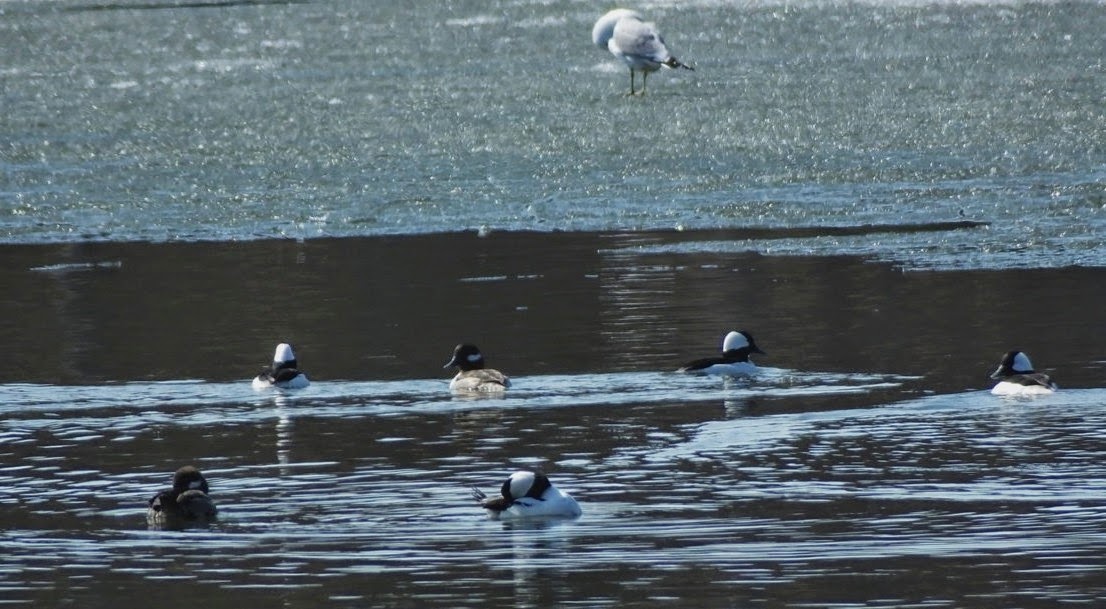 Westchester Lagoon is still mostly frozen over. The ice will not last long considering that the temperature rose to 70 degrees  today. Most of the ducks I saw were Buffleheads. They stayed at the edge of the ice.
This pair of Bufflehead dove in sync with each other. 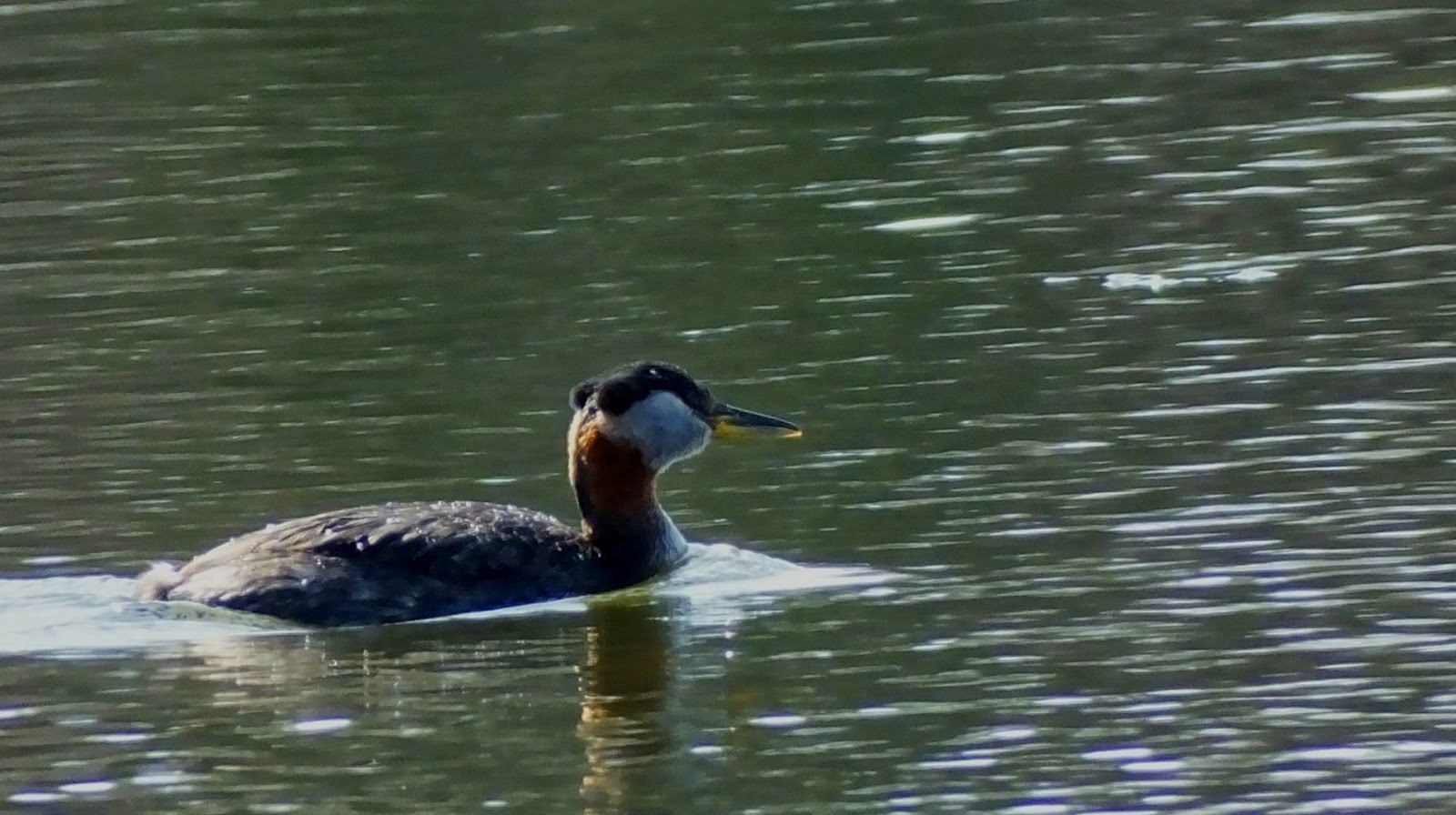 There were also several Red-necked Grebes. There was nothing much of interest along the coastal trail. It is still too early for most migrants. Any day now the frantic horde of mugrant birds, (and tourists) will arrive.
Posted by john at 11:39 PM

I think that the picture of wolverine could be emphasize in to add a bit more details to the tree for marking the first plane and gain profundity to the picture,or if you want to focush the protagonism to the wolverine leave the trunk with a dark thones and detailing a bit more the lights of the moss of branches this my point of view.Other question John if i have luk i participate this summer in a wildlife art exhibition in England.