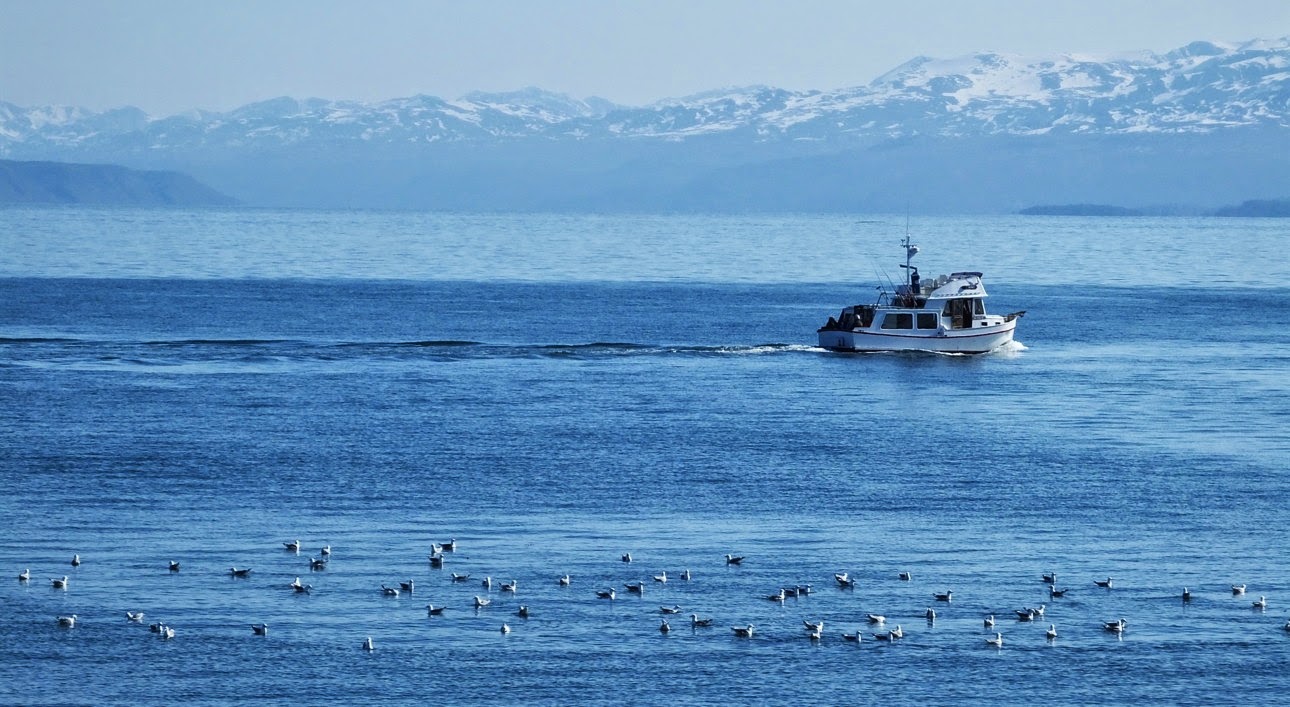 Early one morning during the shorebird festival I boarded a boat with some fellow birders for a trip through upper Kachemak Bay. The birds in the foreground of the photo above are Black-legged Kittiwakes. In recent years they have begun breeding under the wharves at the end of the Homer Spit.
The weather was calm and unseasonably warm. Nevertheless, standing at the front of the boat was cold and windy. I spent more time in the back. 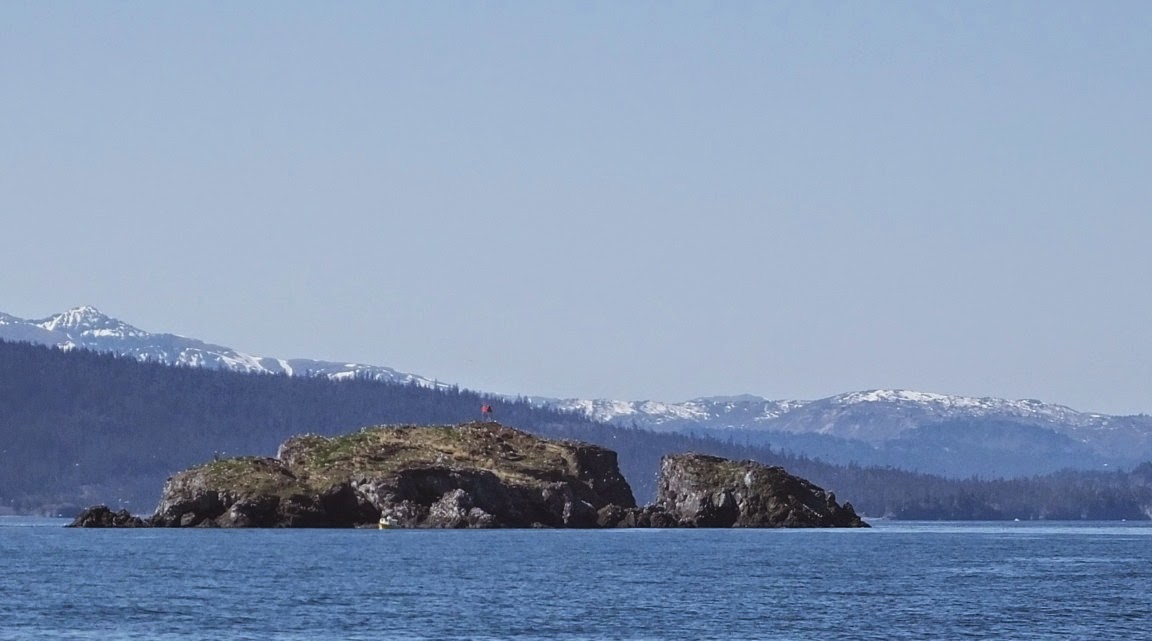 The highlight of the tour is just across the bay from Homer. It is tiny, Gull Island. From this distance it looks like a barren rock. 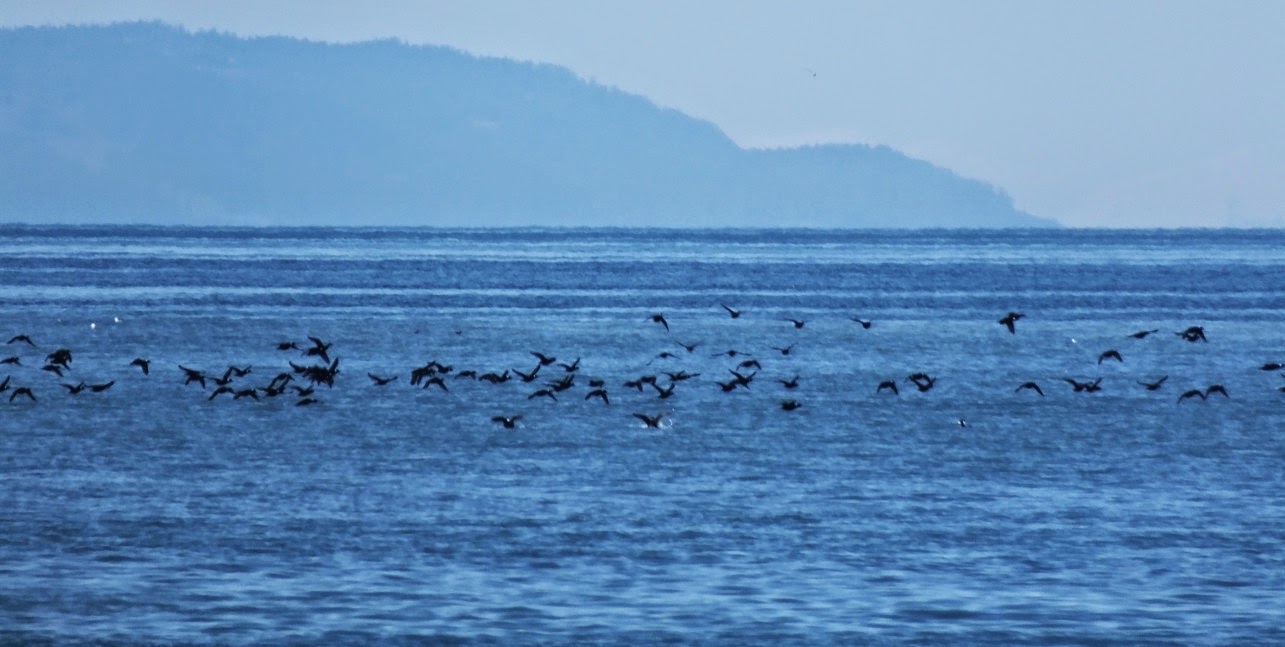 There are many sea birds in the bay, especially scoters like the birds above. We saw all three North American species. 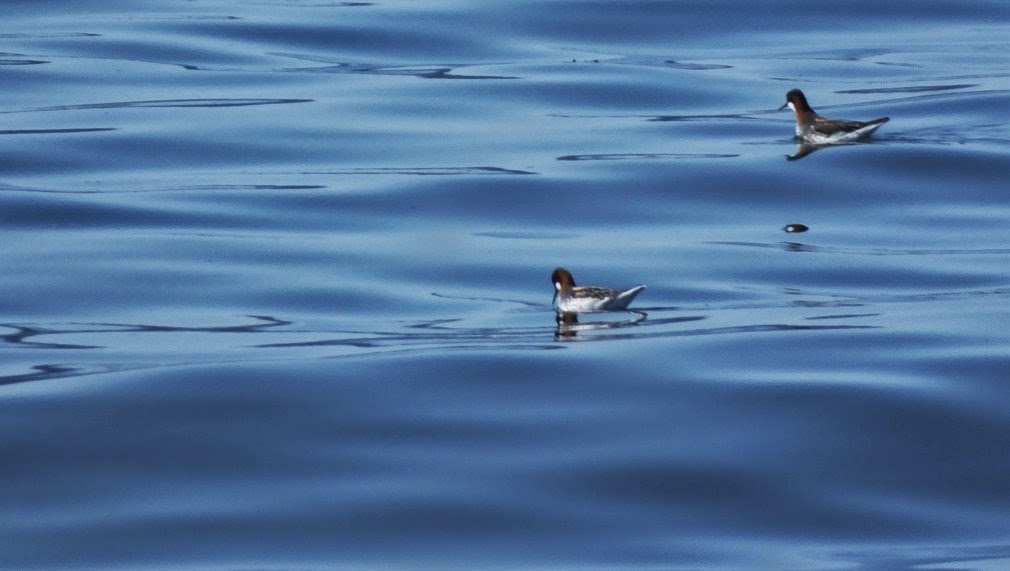 There were also hundreds of Red-necked Phalaropes. Difficult to photograph from a moving boat. We also saw, Common, Pacific, and Yellow-billed Loons, Marbled Murrelets, Pigeon Guillemots, and more. 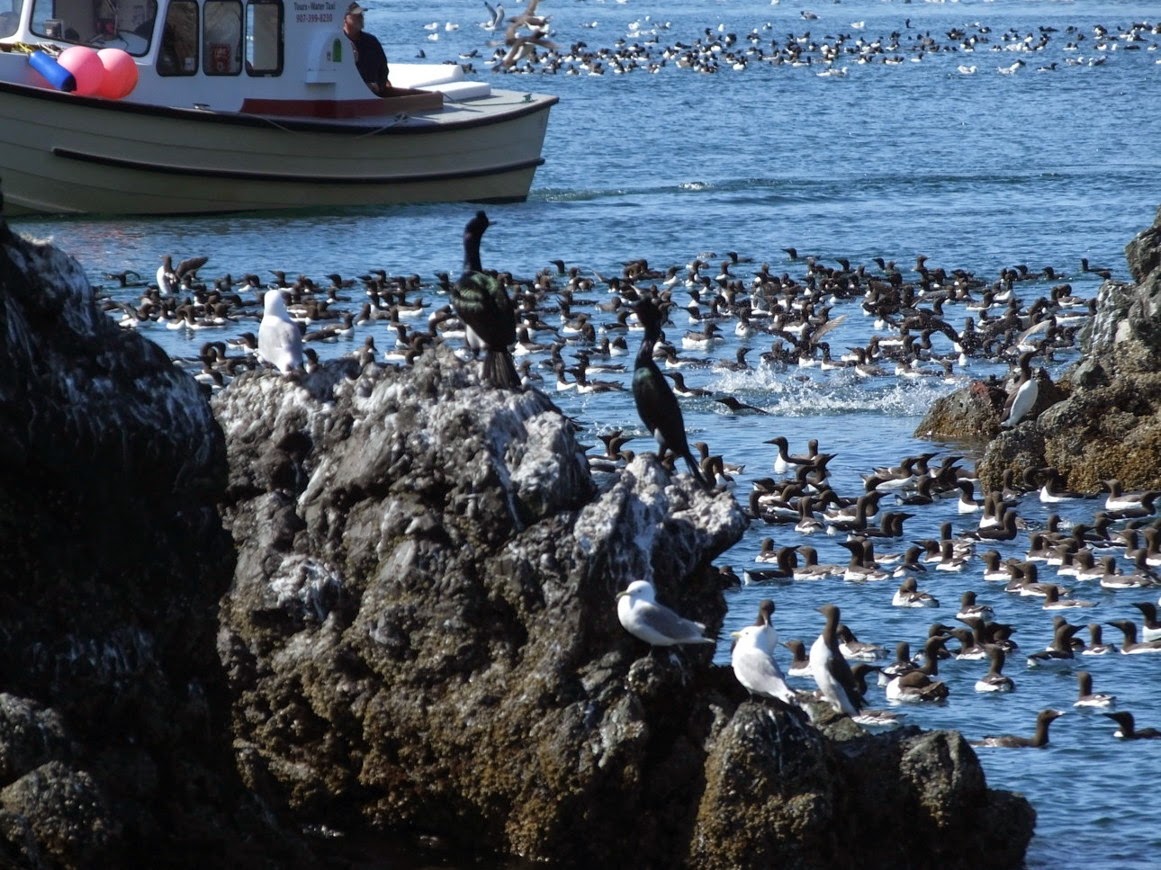 As you approach Gull Island, you can see that it is far from barren. The boat in the photo is not the boat that I was on. 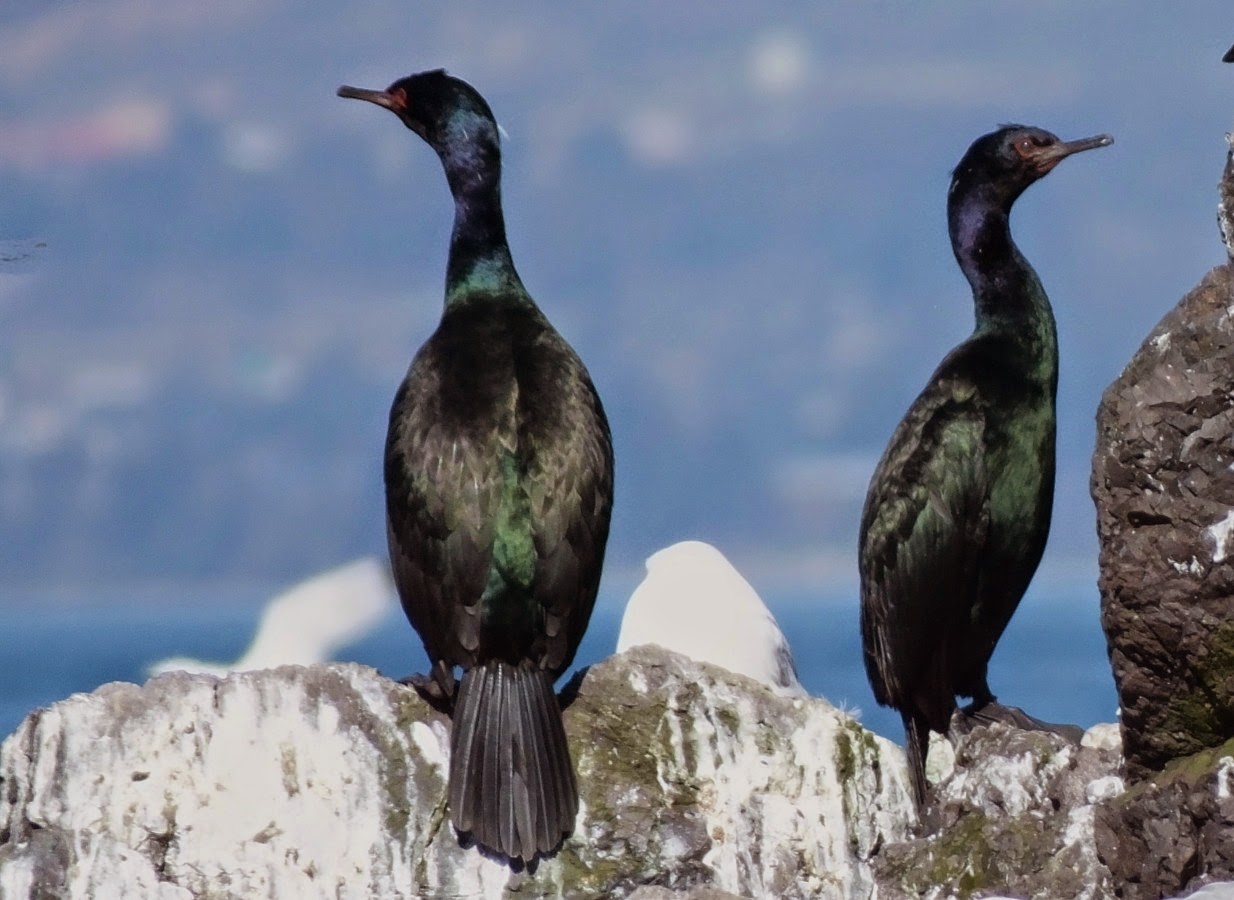 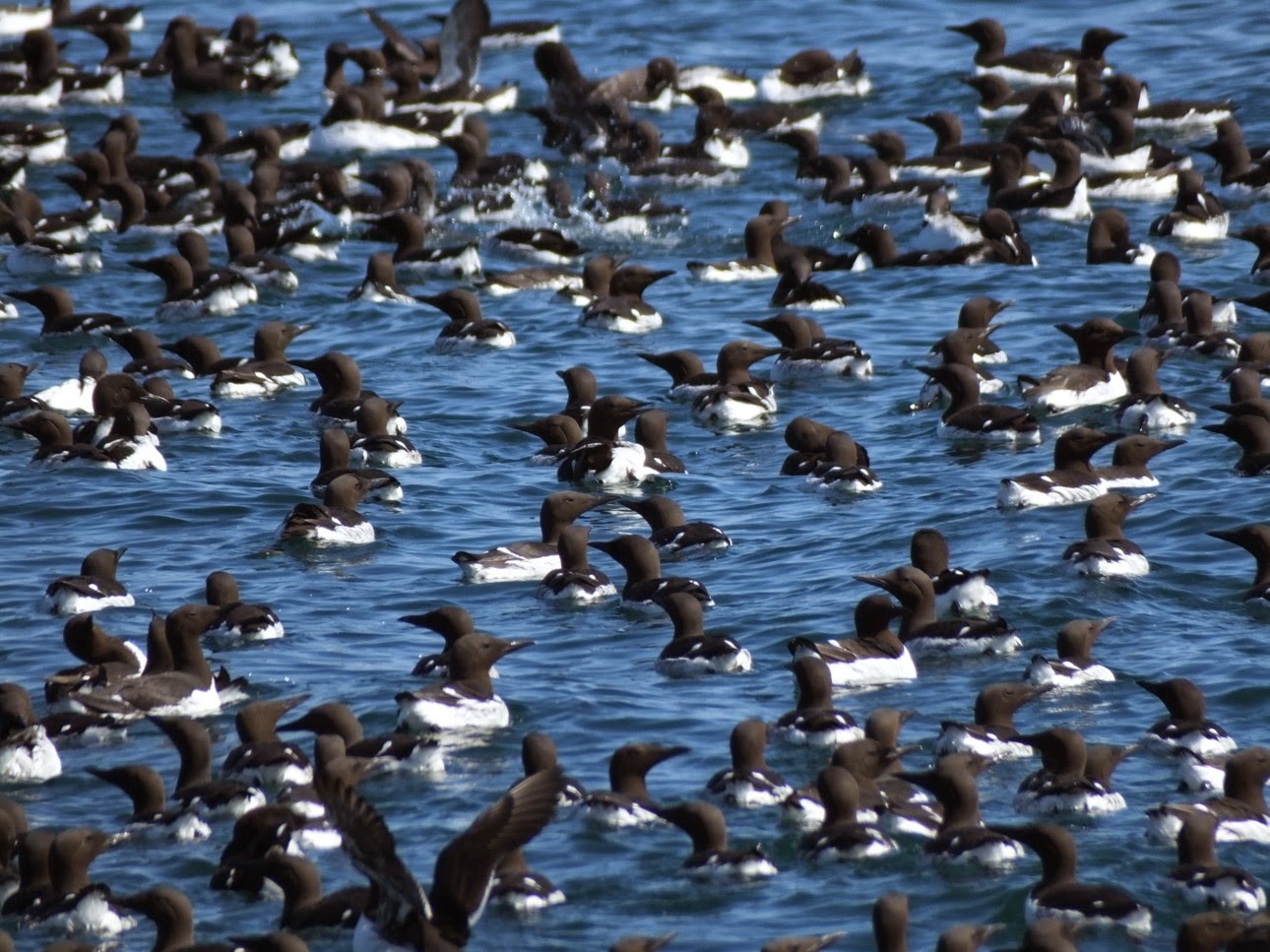 Common Murres are so abundant that it seems that all of them cannot fit on the island at the same time. 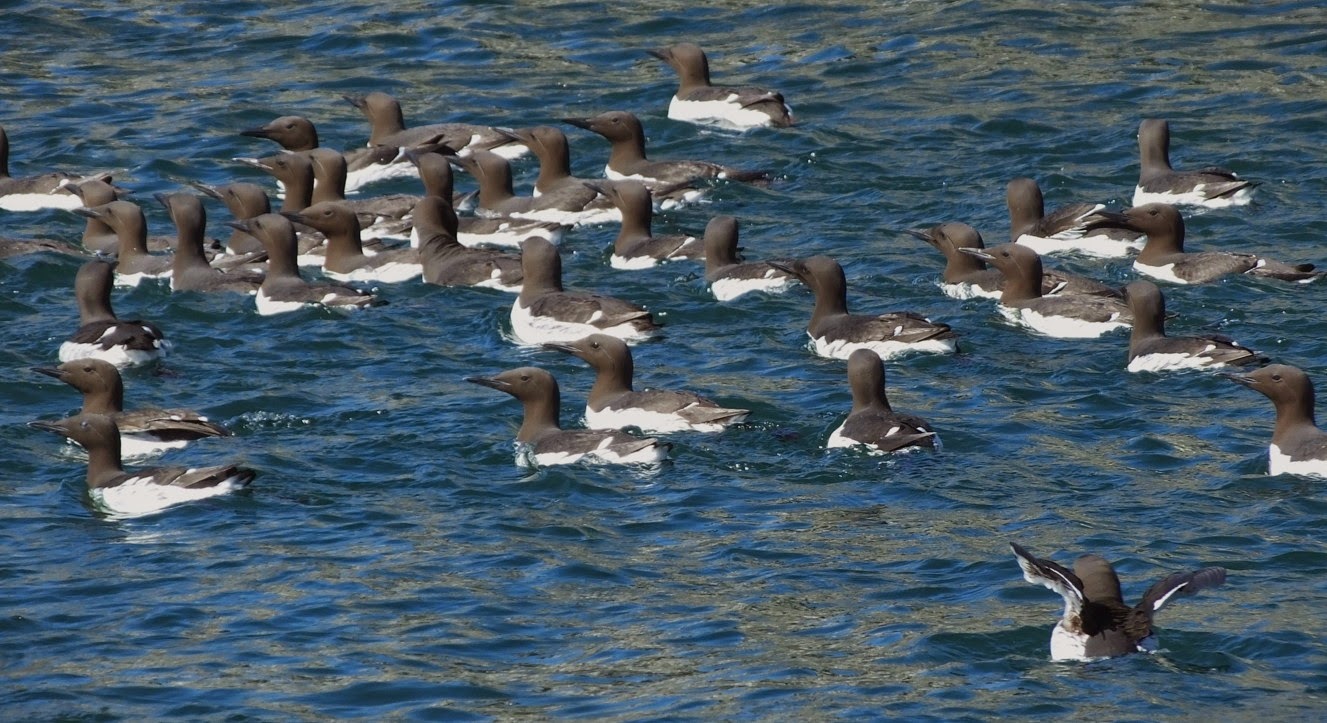 The boat that we were on soon filled up with swarms of flies. It must be nearly unbearable to be on the island itself. Maybe that is why so many of the birds preferred to float on the water. 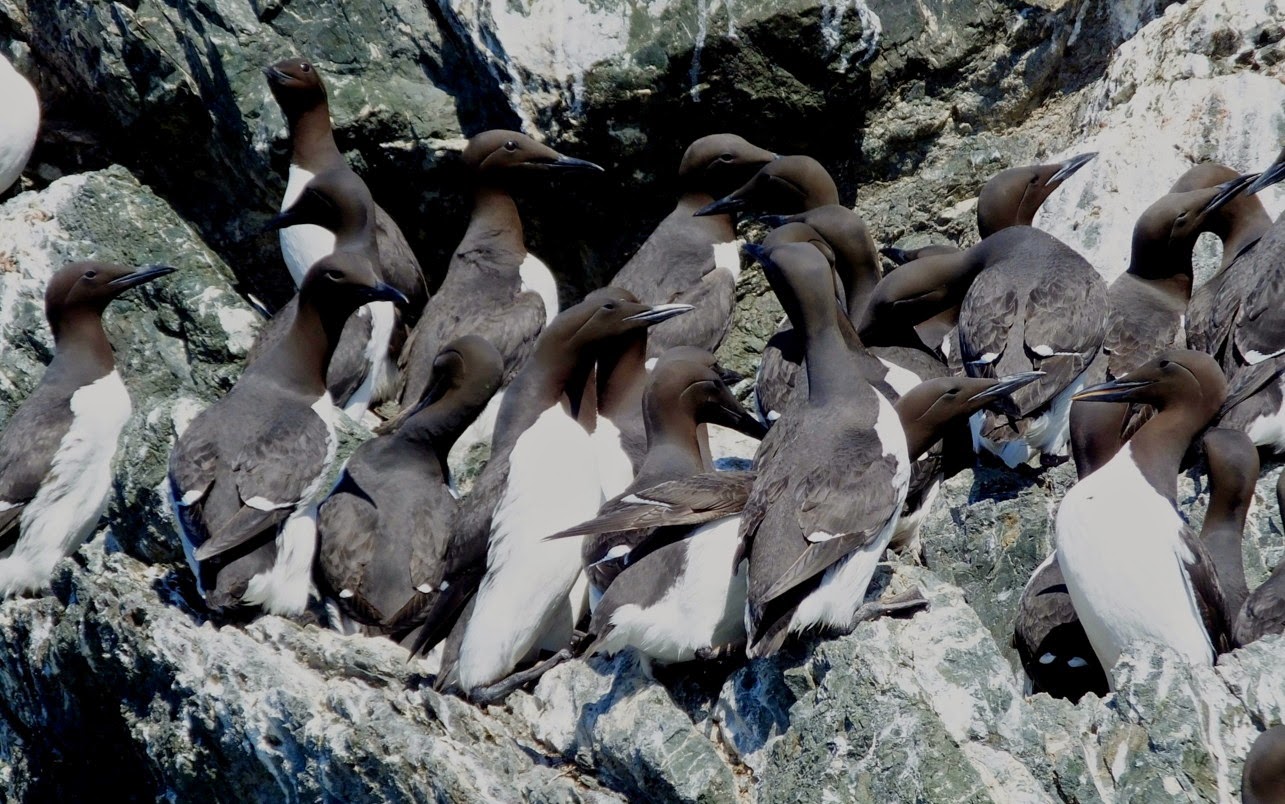 Every available space appears to be taken up by the constantly jostling birds. 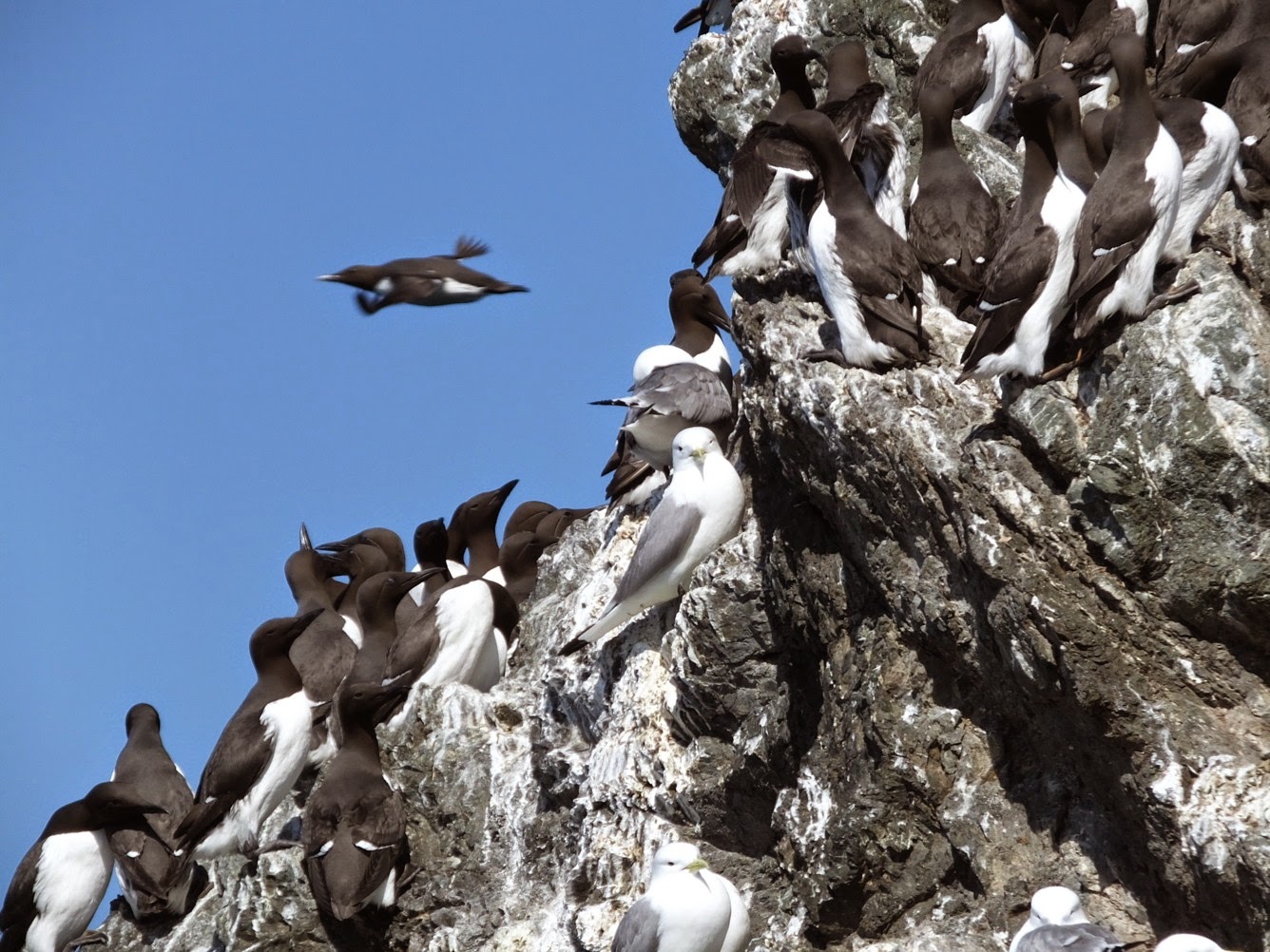 Black-legged Kittiwakes also maintain a presence on the island. After all, it was named after them. 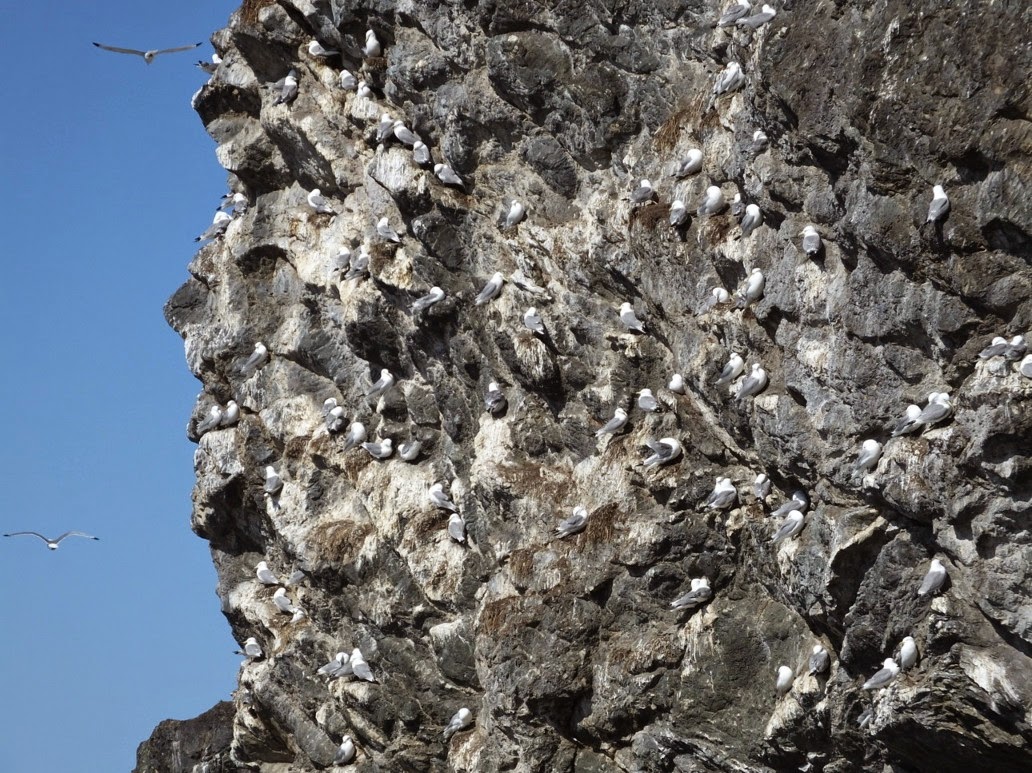 Every nook and cranny has a kittiwake nest. 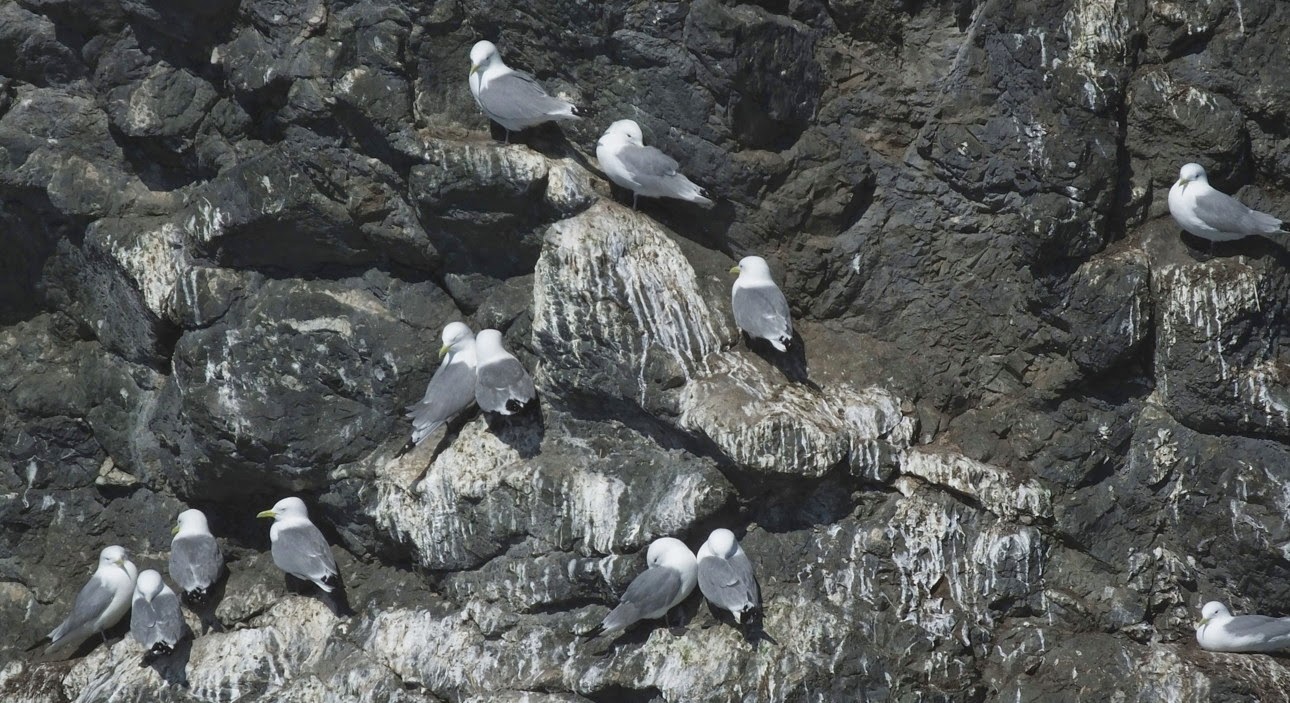 We were there early in the nesting season, (early May) so the birds had yet to lay their eggs.
The best of Gull Island is yet to come.
Posted by john at 3:34 PM

Great post John. I love bird islands and it sounds like you had a spectacular trip - am looking forward to seeing more.