How many birds do you see in this photo? I count 24. Any guesses about what they are? Read on.
The reason that Tom and I went to Homer and Kachemak Bay was to attend the Kachemak Bay Shorebird Festival during prime shorebird migration. All of the shorebird action happens on the Homer Spit.
The spit is a narrow peninsula of land that juts out into Kachemak Bay for about four miles. It has wide beaches that are rich in invertebrates to feed hungry migrants.
This year, Homer and the spit were unseasonably warm with calm weather except on the last day.  On the last day, when this photo was taken, The winds picked up like normal. It was sunny but cold. These Western Sandpipers, (The most common shorebird) were hunkered down among beach debris. 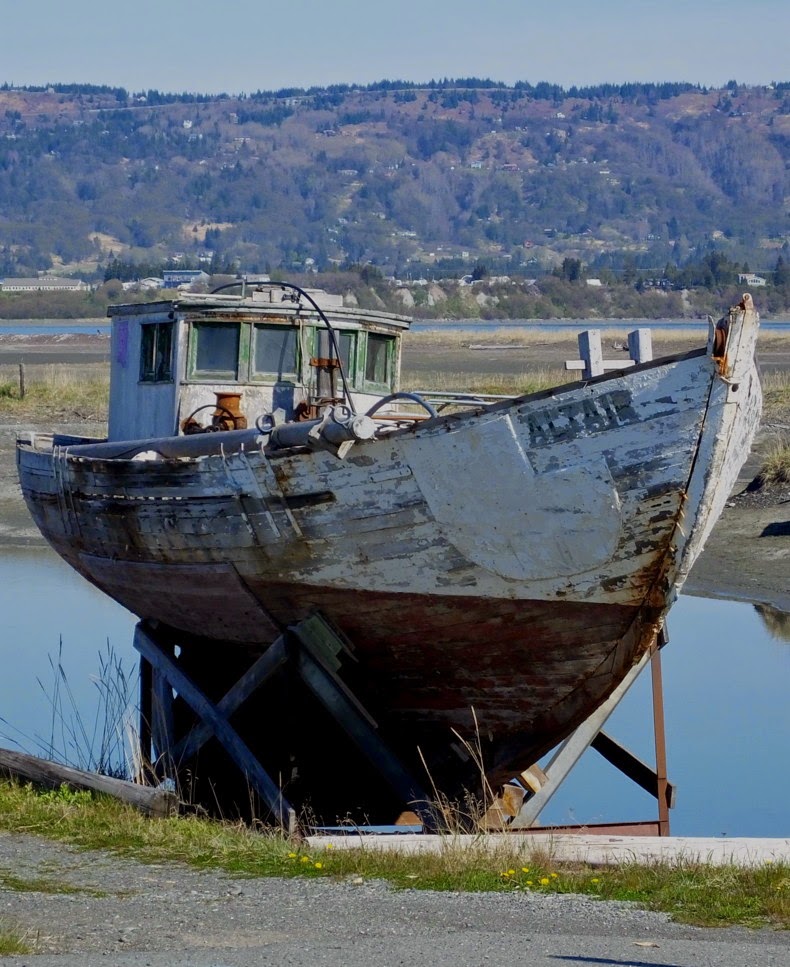 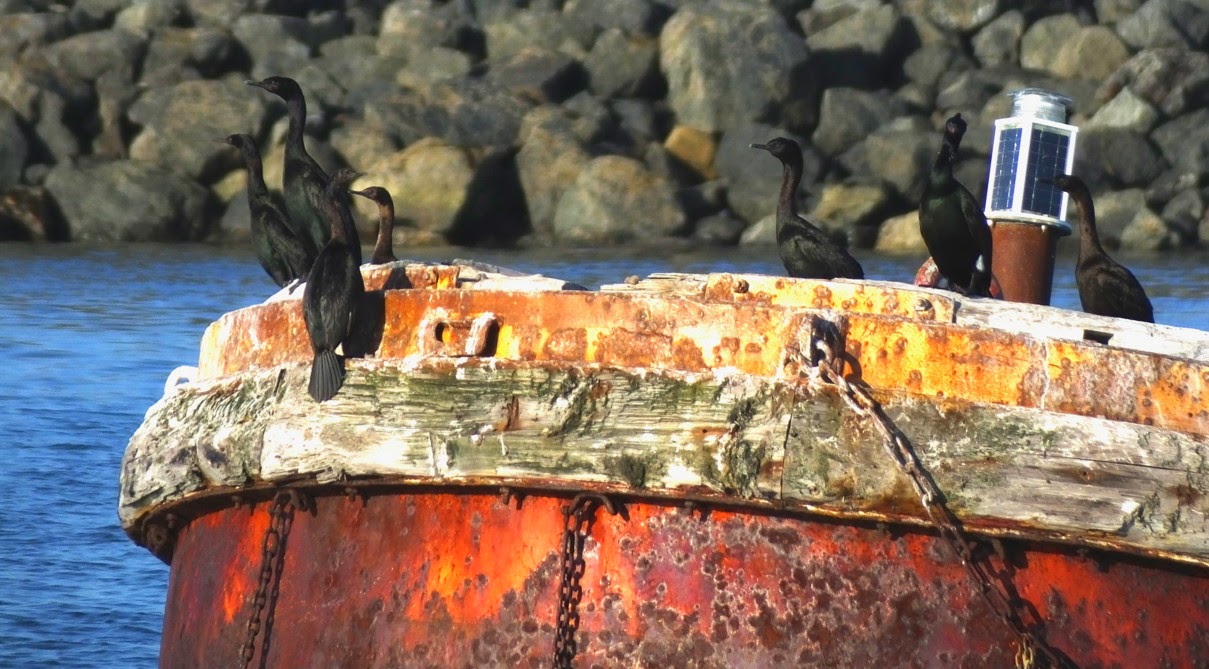 The harbor is also on the spit. These Pelagic Cormorants were hanging around the harbor entrance. 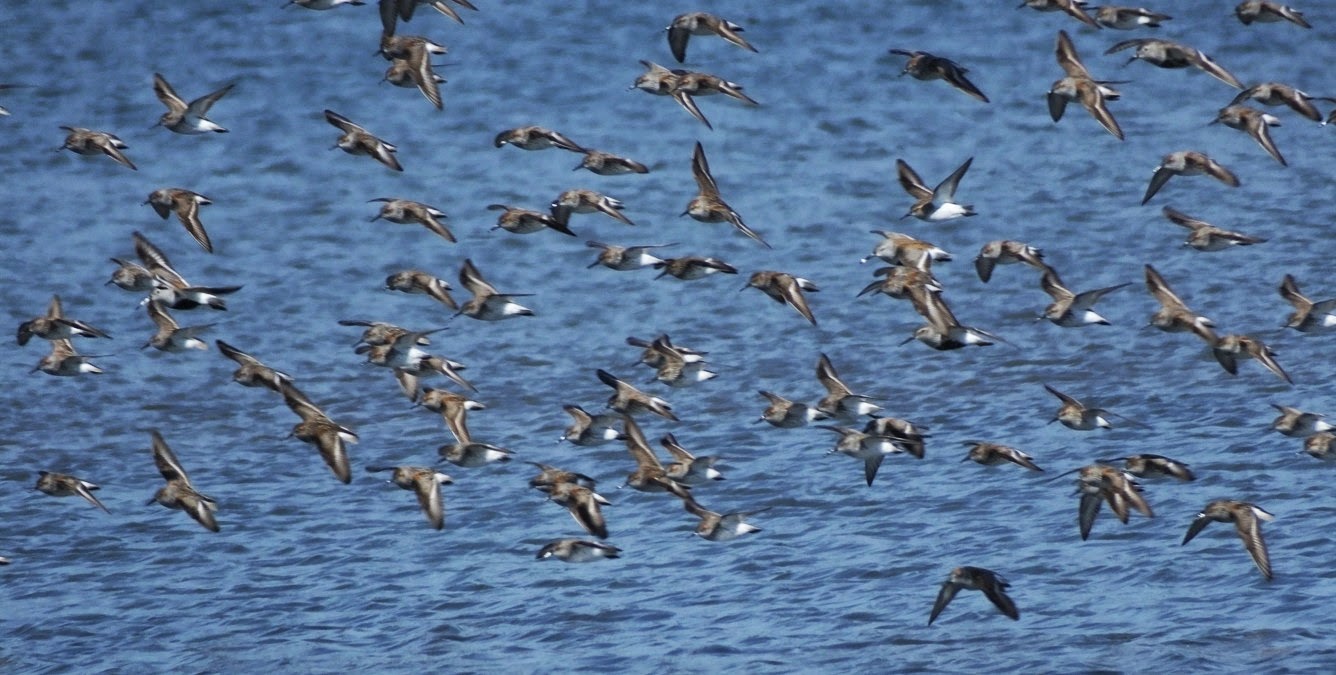 While Tom attended various lectures and presentations that were put on by bird experts and so forth, I borrowed Tom's bicycle and pedaled up and down the spit. These Western Sandpipers flew past. There were many hundreds, if not thousands. Lots of other kinds of birds, sea lions, seals, and Sea Otters as well. Gary's gallery, The Sea Lion is also on the spit. 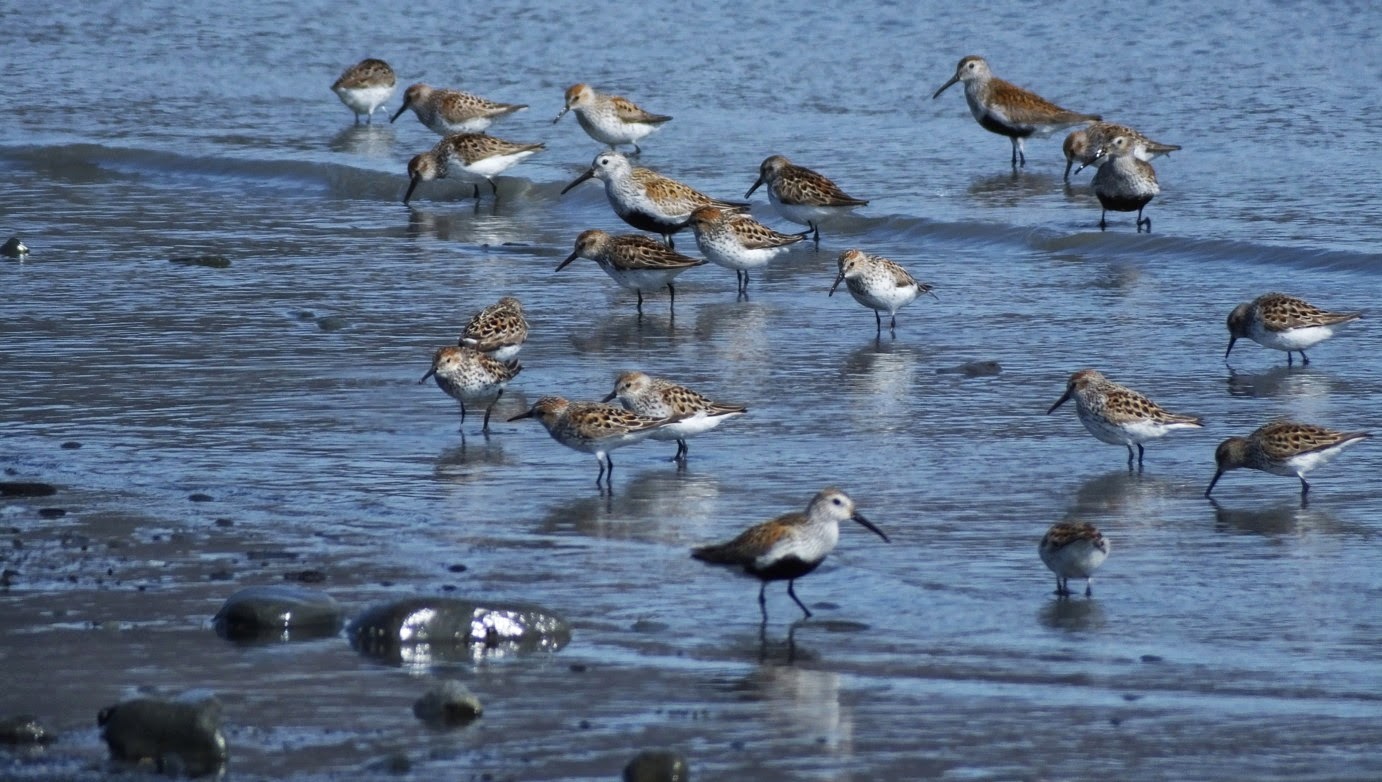 I shot hundreds of group photos of the foraging shorebirds. These are mostly Western Sandpipers with a few larger Dunlins. 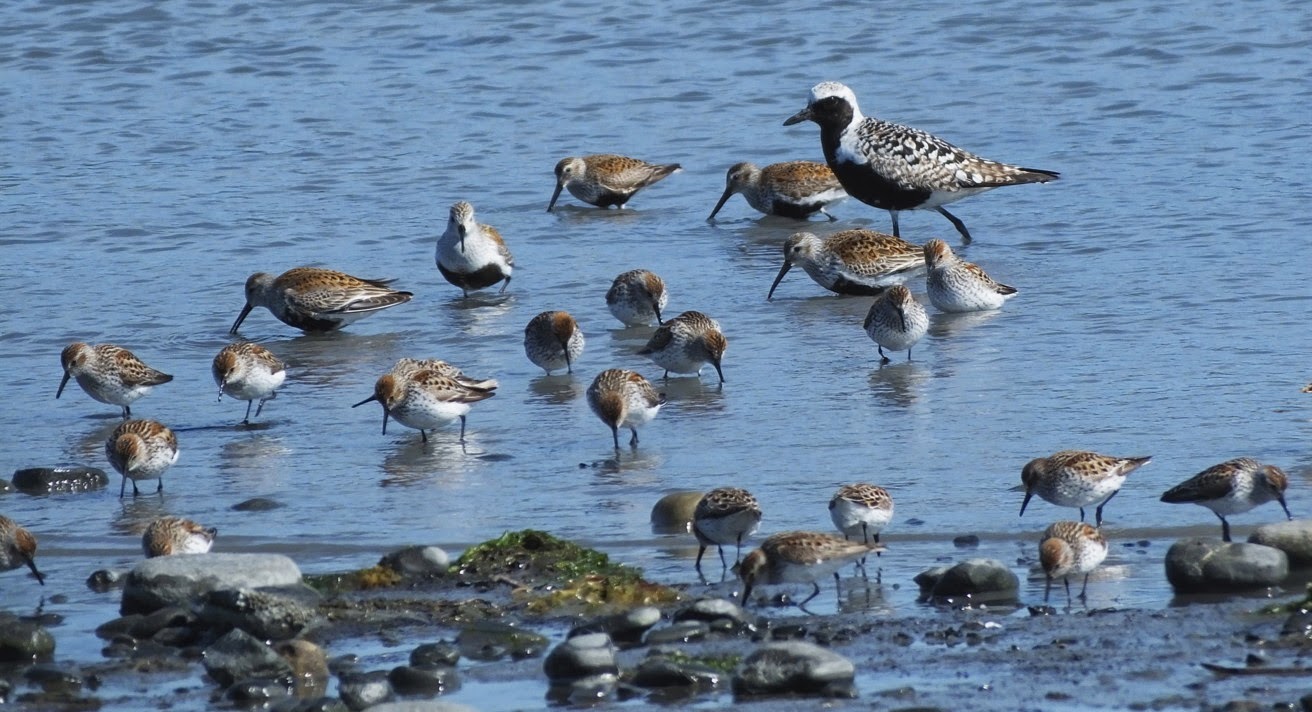 Black-bellied, (Grey) Plovers are very striking in their breeding colors. They only wear this plumage for a short time. Other shorebirds that I saw on the spit were Black Turnstones, Surfbirds, Rock Sandpipers, Short-billed Dowitchers, Greater Yellowlegs, and Semi-palmated Plovers. Other people saw many other species that I did not see.

I very slowly moved closer to some resting Westerns. 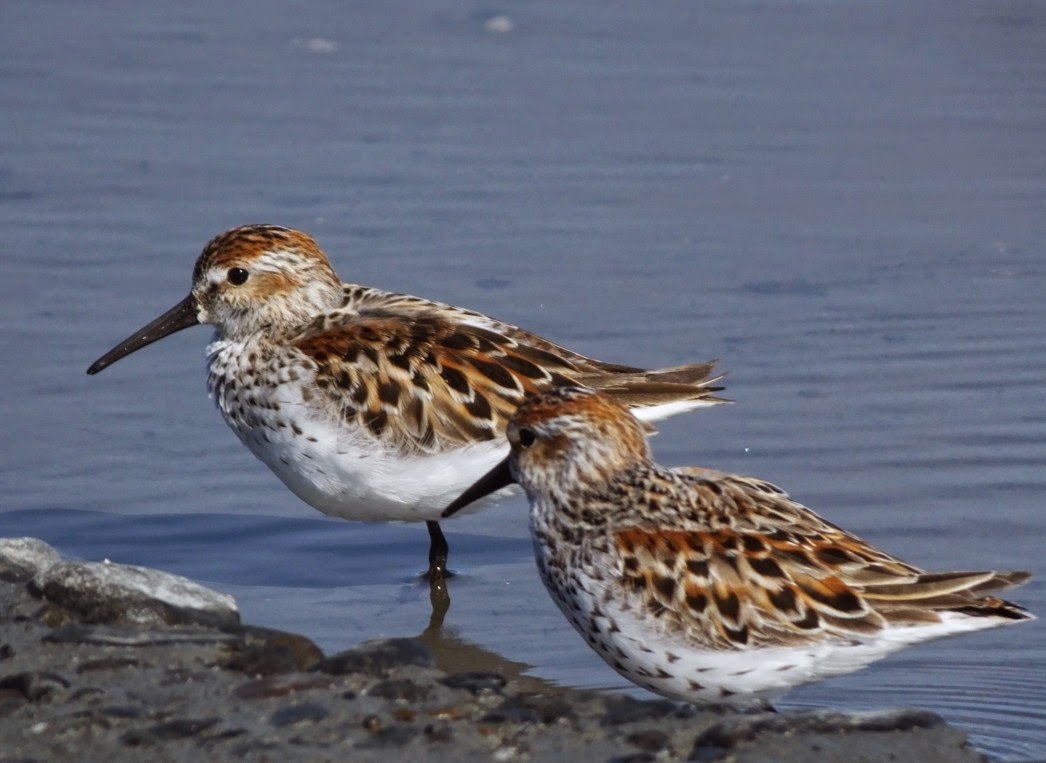 I did not want to spook them. They allowed me to get very close. 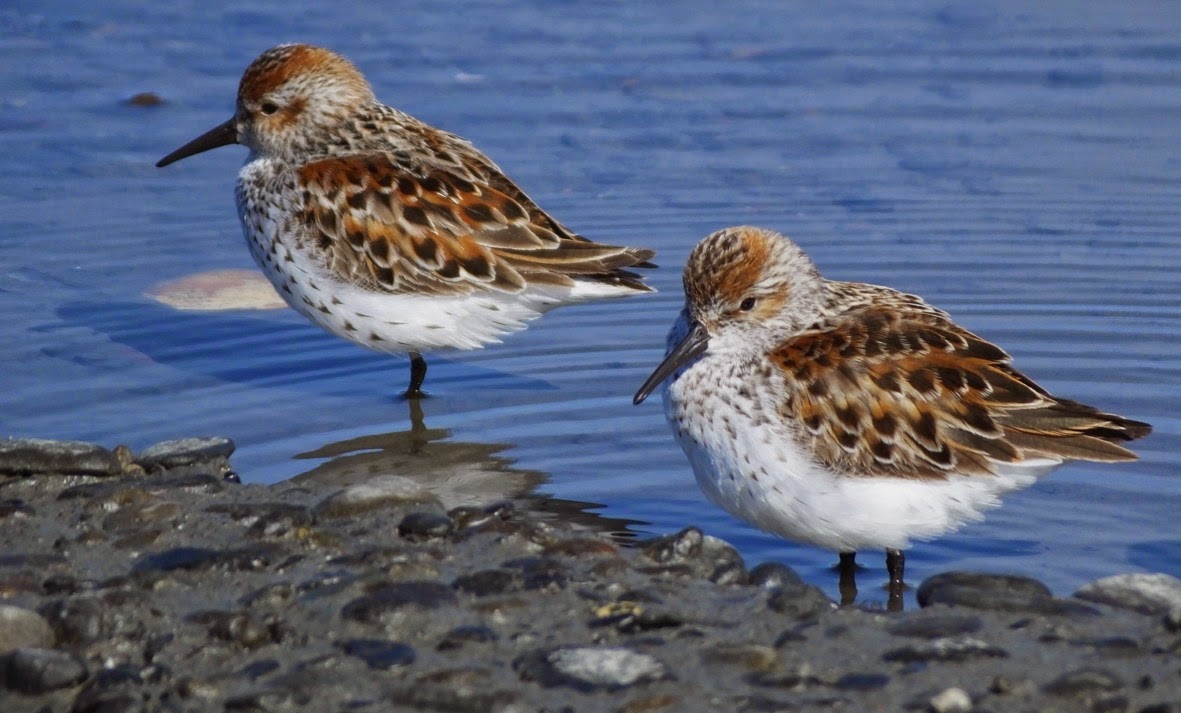 These Western Sandpipers were in their prime breeding coloration. 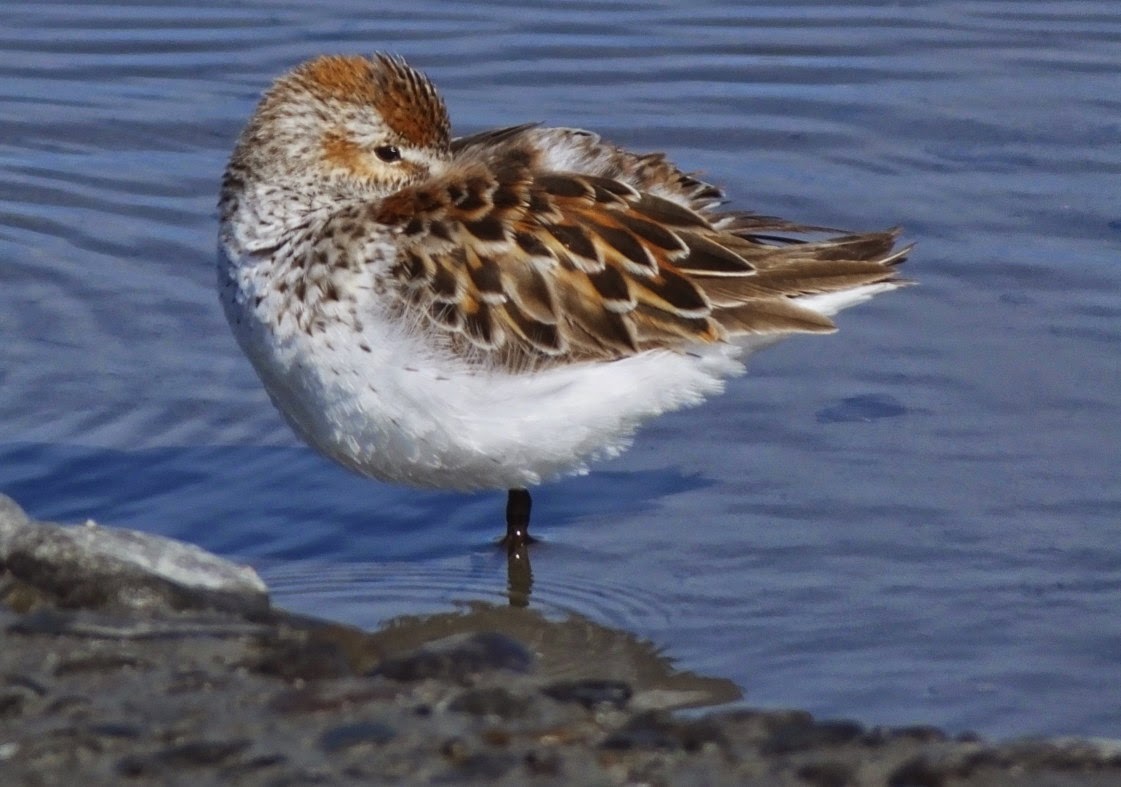 I was happy to get all these nice photos without ever causing the birds to fly. Most of the time they dozed peacefully and seldom even raised their heads.
Stay tuned for photos of my journey out into Kachemak Bay. It was thrilling.
Posted by john at 6:45 PM

Great series of photos - some of your best yet I think! Love the sandpiper pics - amazing that you were able to get so close to them. I expect I'll see some of these in one of your paintings soon.

I think I've seen a B&W photo essay about the same place here:

Apologies if you've already seen it

thanks for your comments. I'll look up the link shortly John.