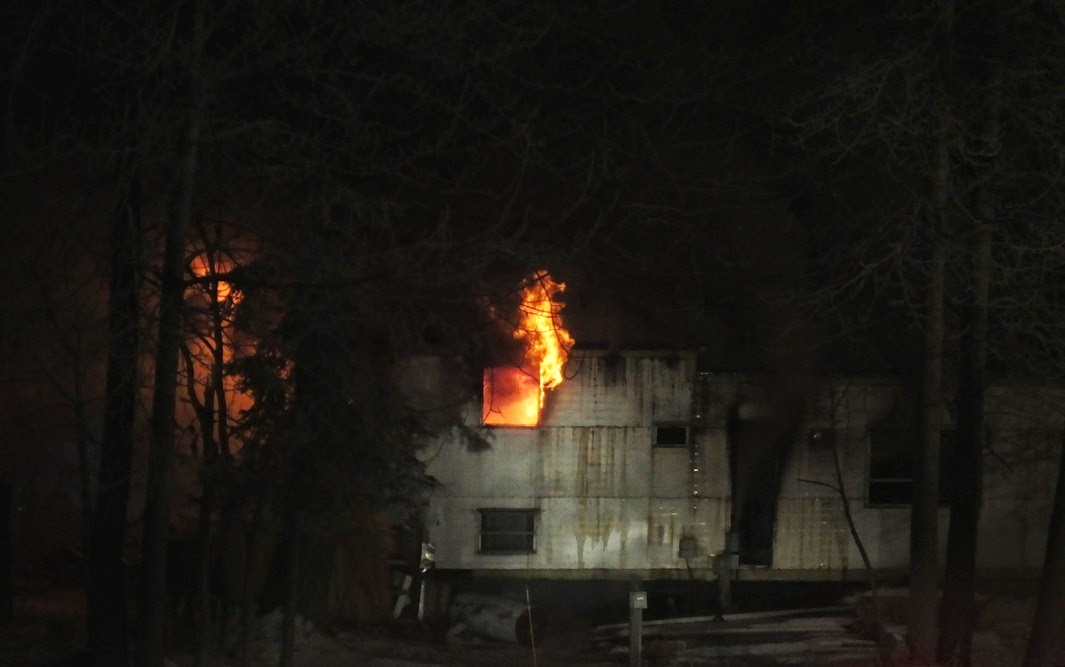 There was a whole herd of mice rushing all over the floor and squealing loudly. I was afraid to put my feet down on the floor. Then I woke up and realized that there were no mice and the loud squealing was from sirens. I noticed red and blue lights flashing through the curtains of my bedroom window.
There is a dilapidated trailer park behind my place and I opened the curtains to see flames emerging from a trailer about 75 yards, (meters) from my bedroom window. 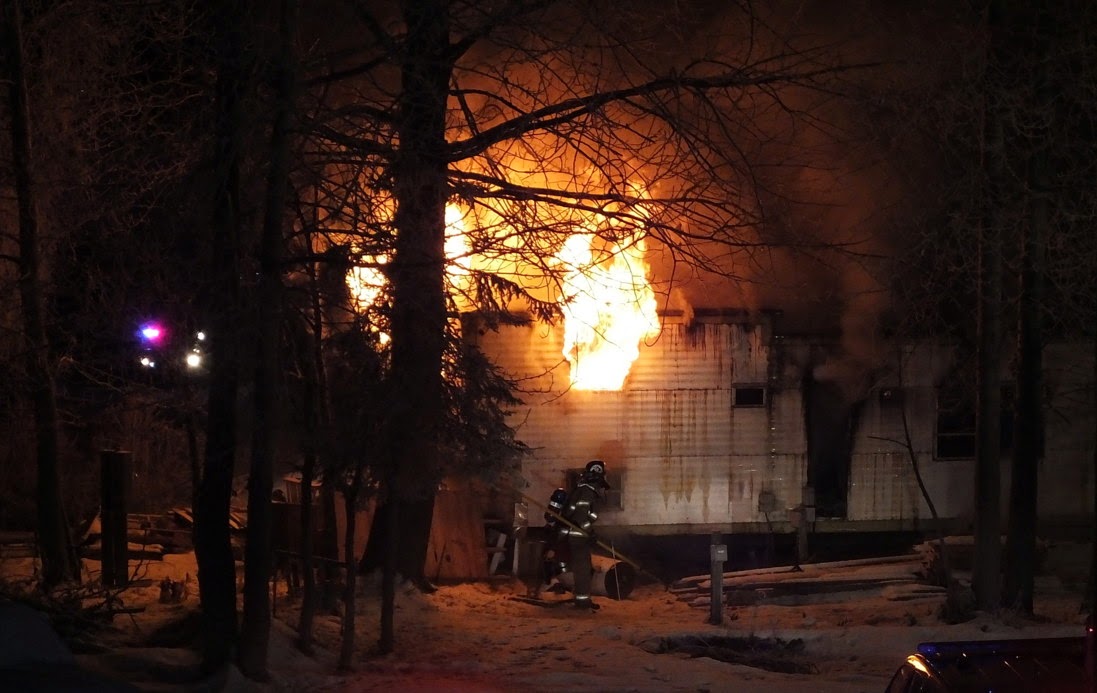 There were police and firefighters on the scene and the firefighters methodically went about preparing to extinguish the fire. 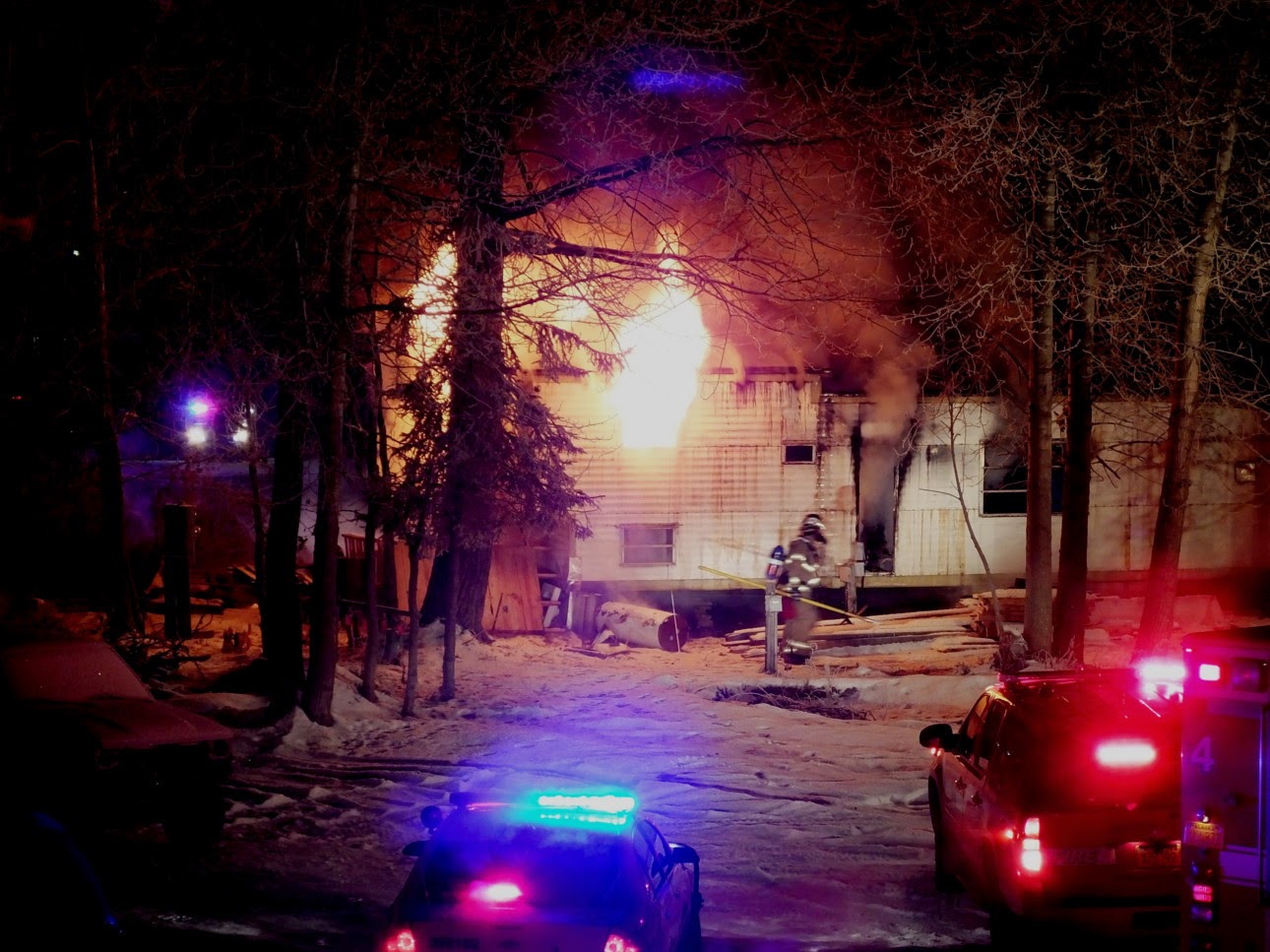 As they set up, the flames grew bigger. They went into the far end of the trailer and attacked the fire from the inside. It took them about ten seconds to put out the fire once they had everything in place. 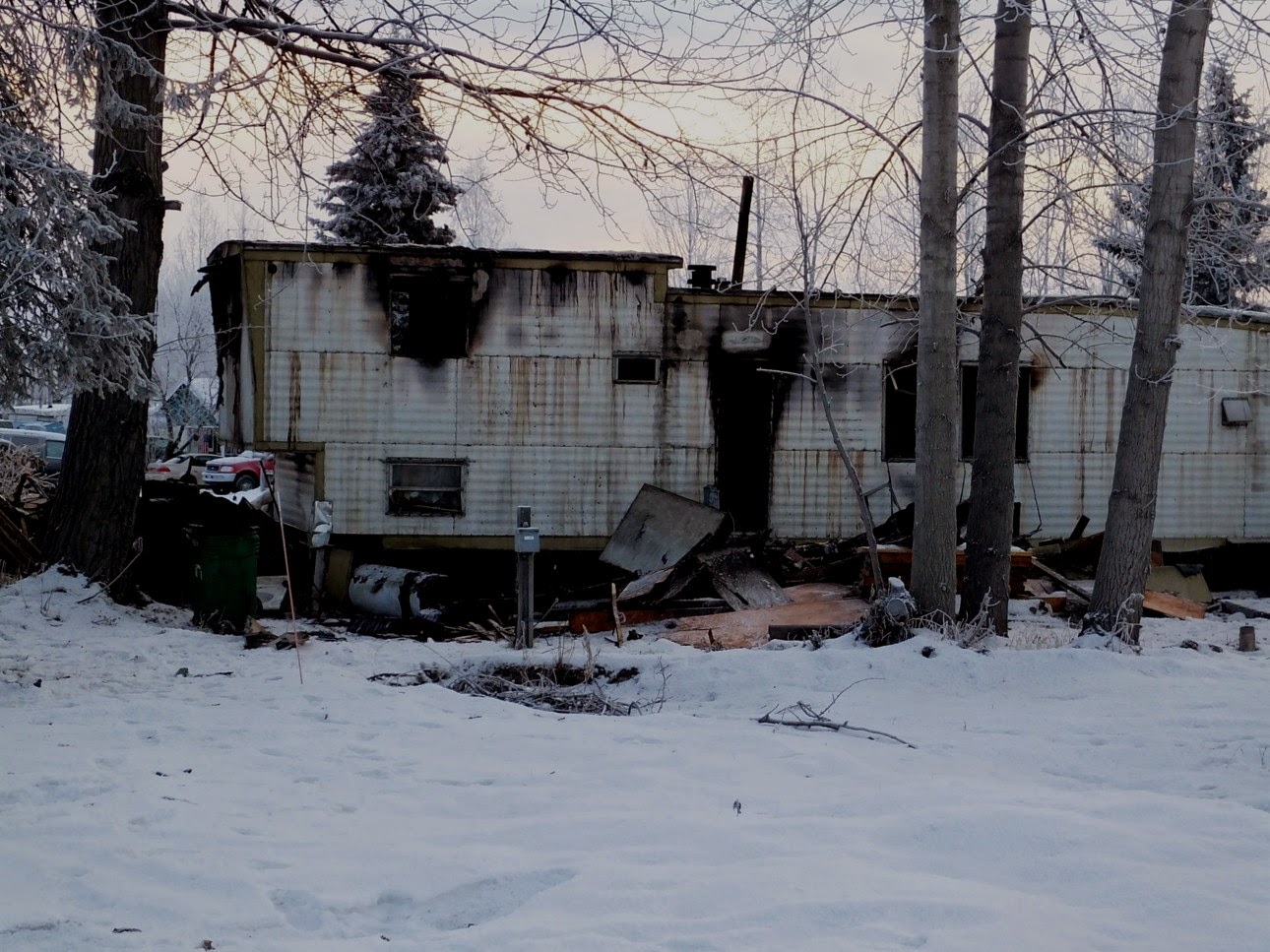 An old man lived in the trailer and got out safely but obviously lost everything. The Red Cross is taking care of him. 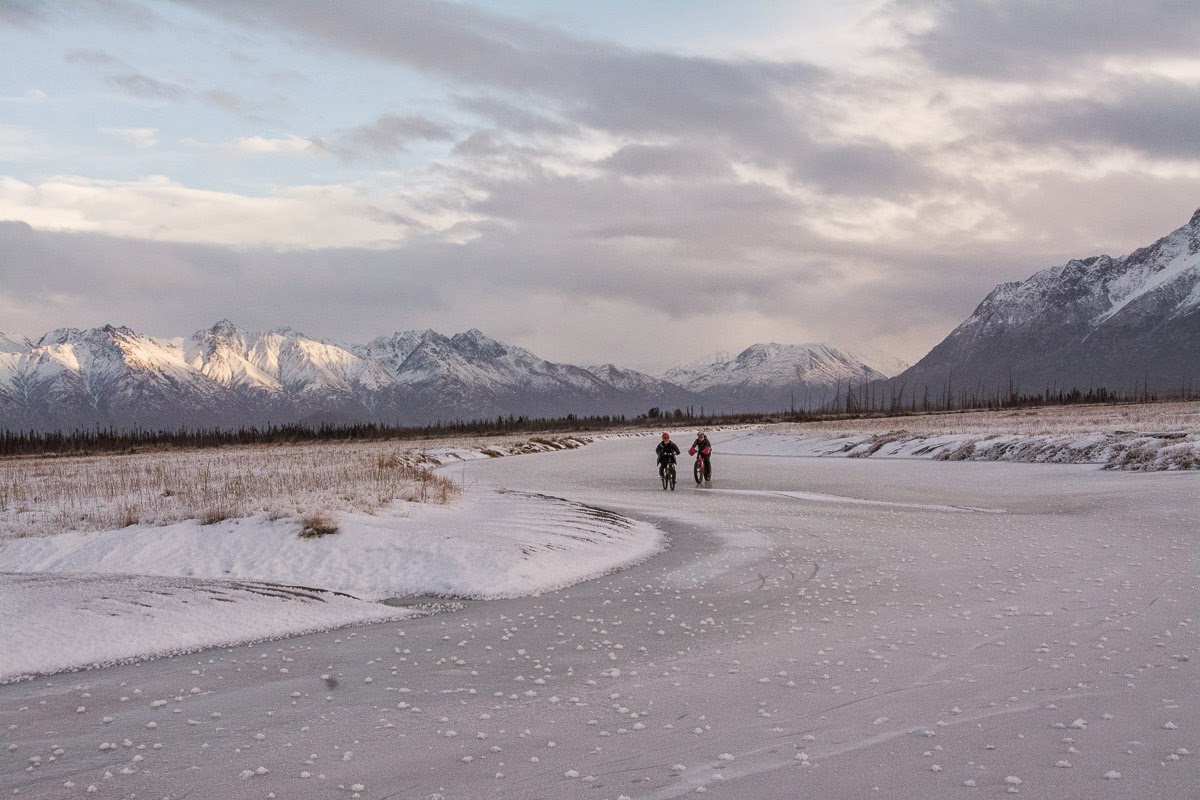 Jean and Scott took another winter bike ride along Rabbit Slough near Wasilla. 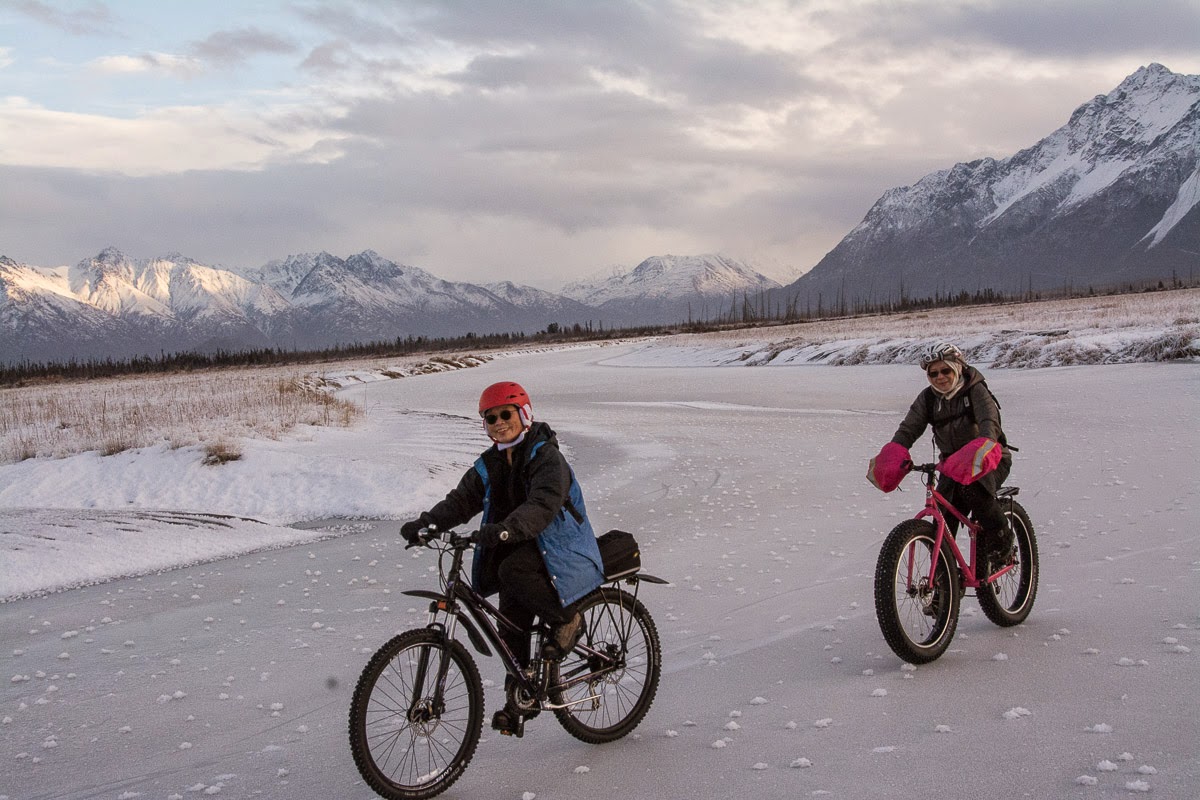 A lot of people ride special bicycles with really fat tires during the winter. It looks like a lot of hard work to me but they say that the ride is very much like a normal bike.. 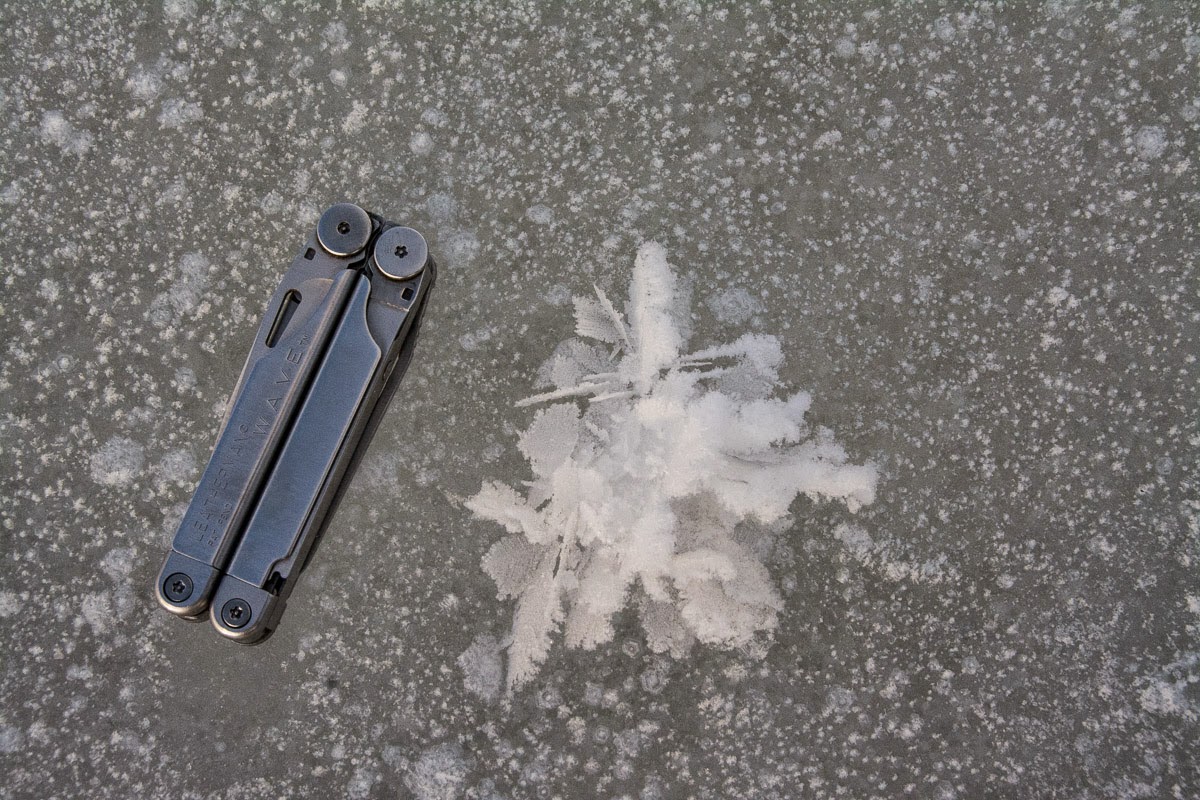 There were some interesting ice crystals on the surface of the slough. The tool is a Leatherman type of all in one tool. 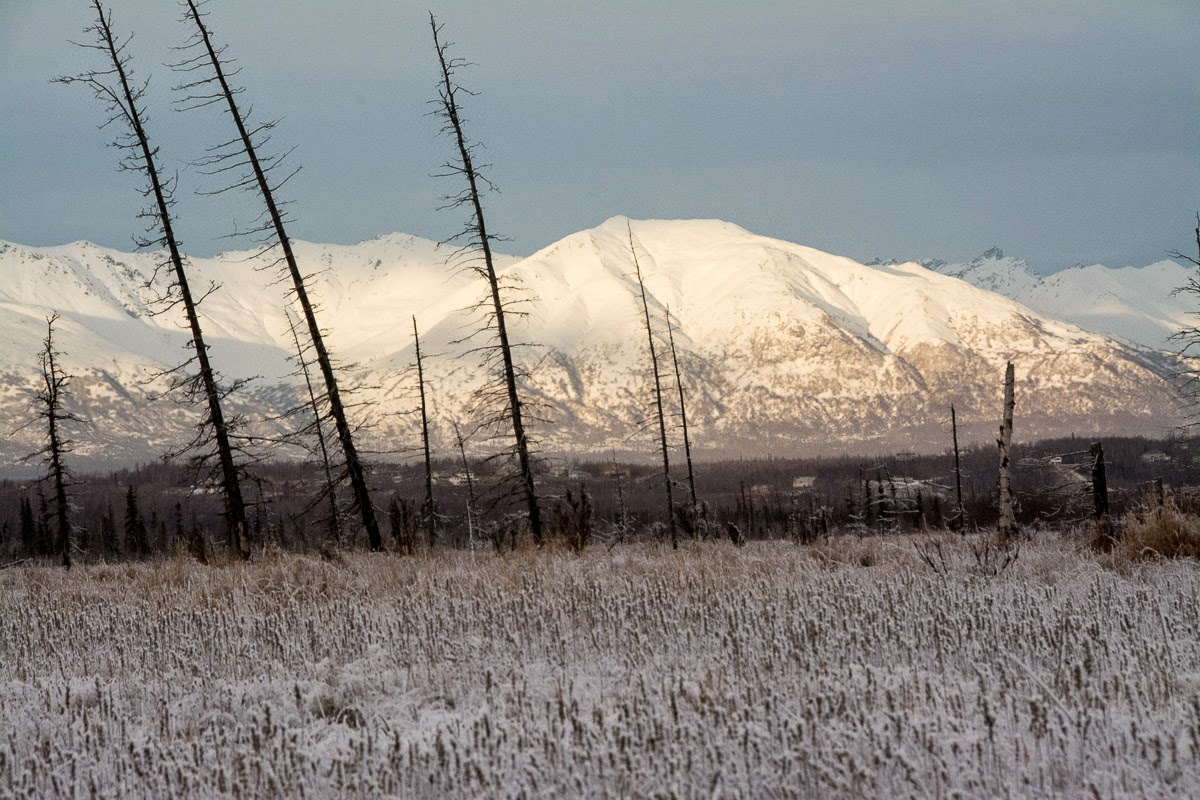 You can see part of Wasilla in the background of this photo. My nephew Dan lives in one of those houses. 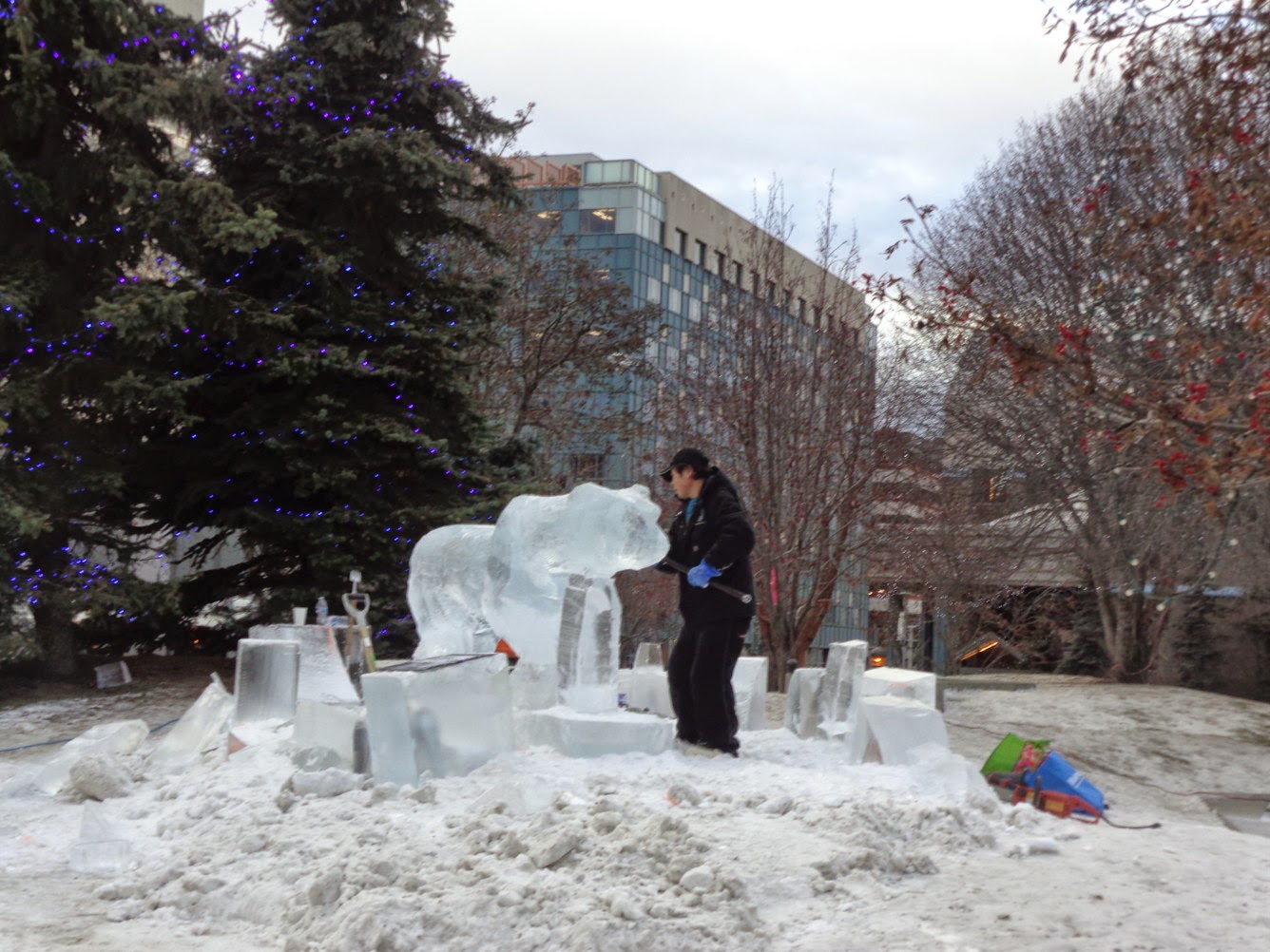 Yesterday in downtown Anchorage there were some ice sculptors at work in Town Square. You can see city hall in the background. 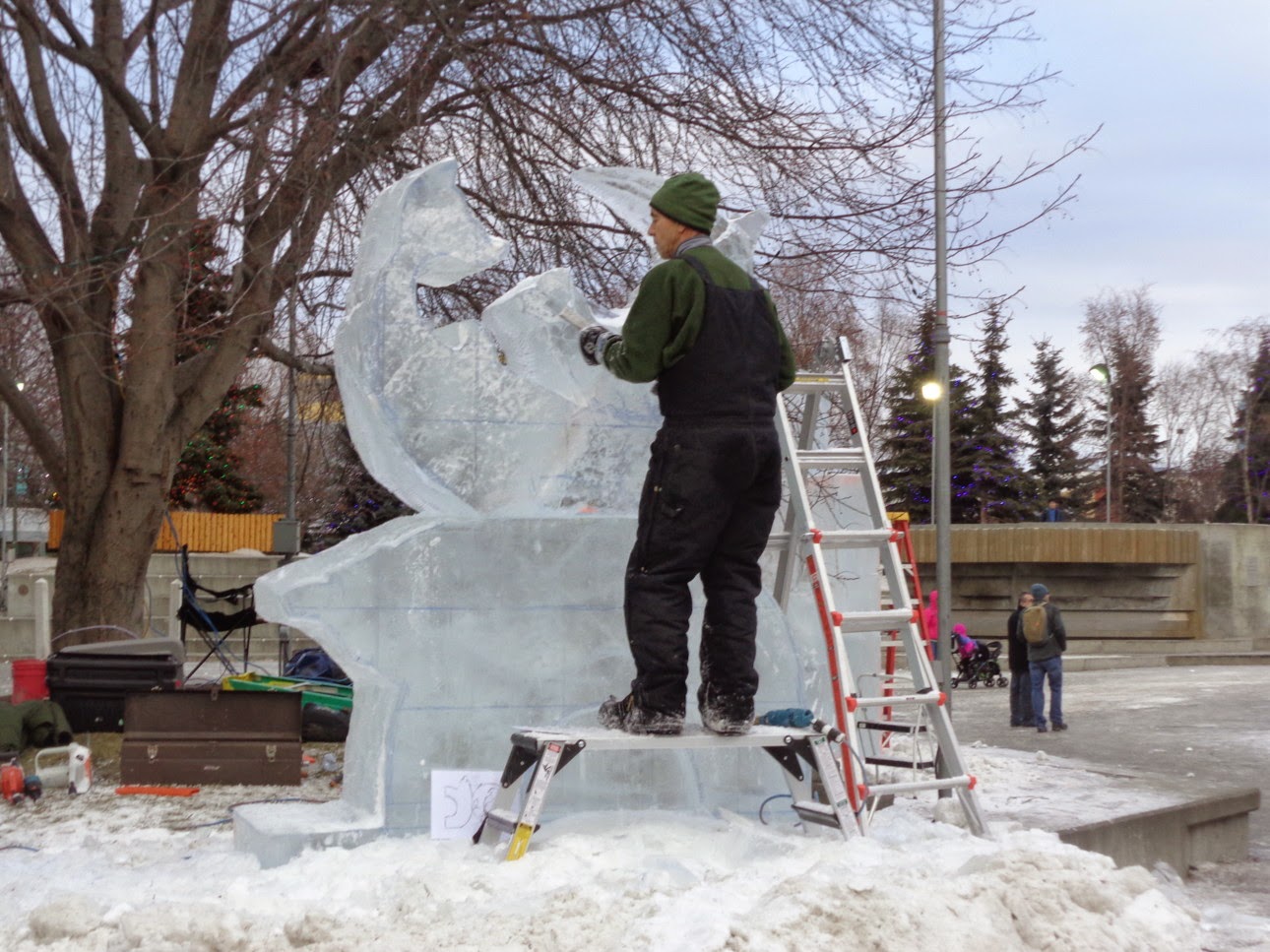 The ice blocks that they carve come from a clear water lake near Fairbanks. I will go check out the finished sculptures on Monday.
Posted by john at 2:19 PM

What a scareful situation, this fire in the home of your neighbor!.I observe that the winter in Anchorage dont fall a big quantity of snow thats allow that the forest are be more transitable.

You are right Marc. We have had very little snow this Winter. Only about 3 or 4 inches. There could be real fire danger in the Spring although it usually rains a lot during the Summer months so no one is too worried yet.

A neighbour's home fire is the kind of excitement you (not to mention the neighbour) could do without. Glad no-one was injured.