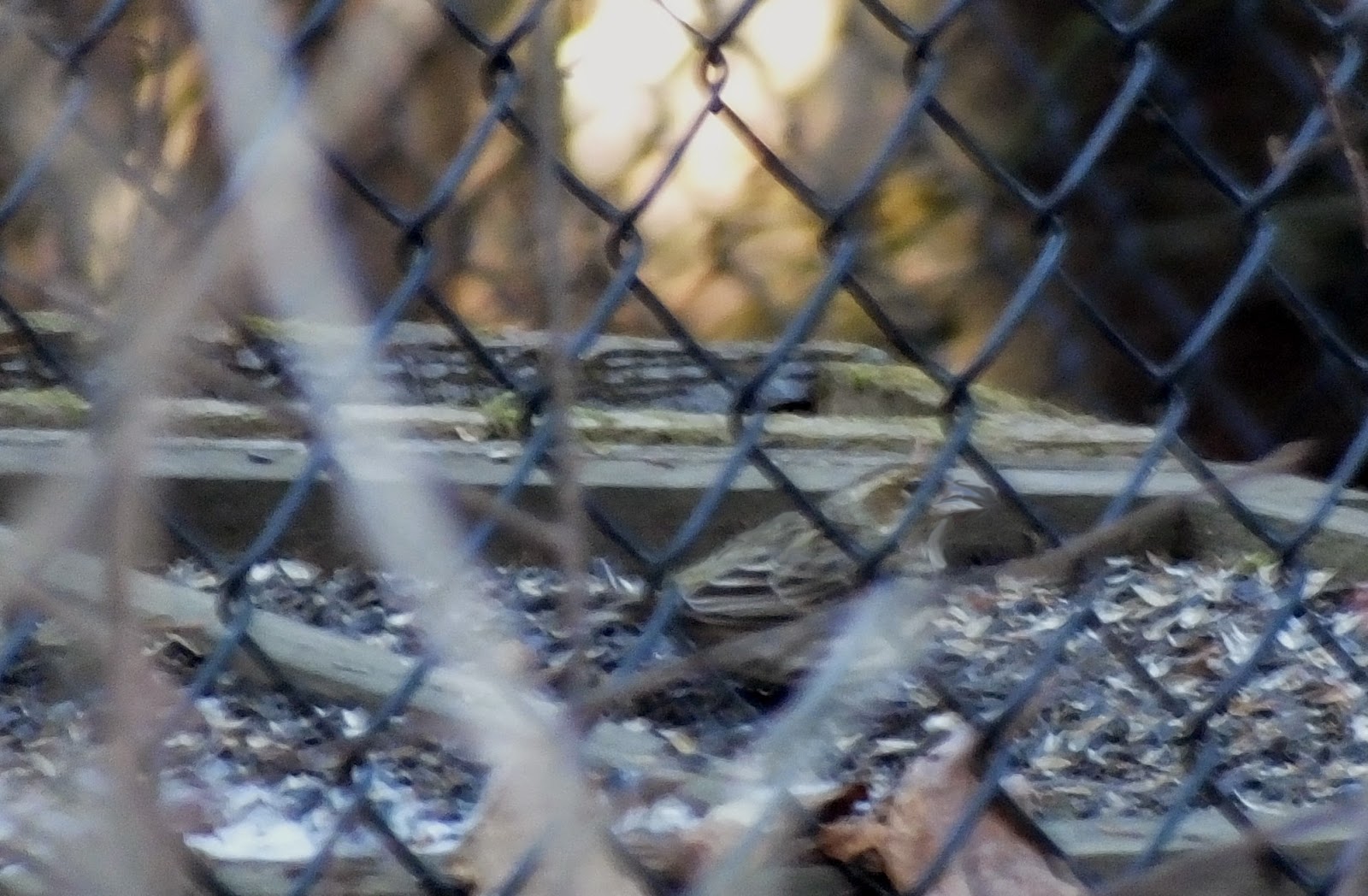 In the last post I wrote about what a mild winter we have had this season. In the last few days we have had a major snow dump and now the temperatures are plunging down into the miserable category.
Before all that I got a report of a new vagrant bird out at Spenard Crossing. The photo above is not so much to look at but it is a new addition to my Alaska bird list, Cassin's Finch. This one was visiting a feeder in someone's backyard and the light was very dim in the deep shadows. The bird is a female and the males are very stunning in their prime colors. I have seen them  many times in Arizona, but not in AK. 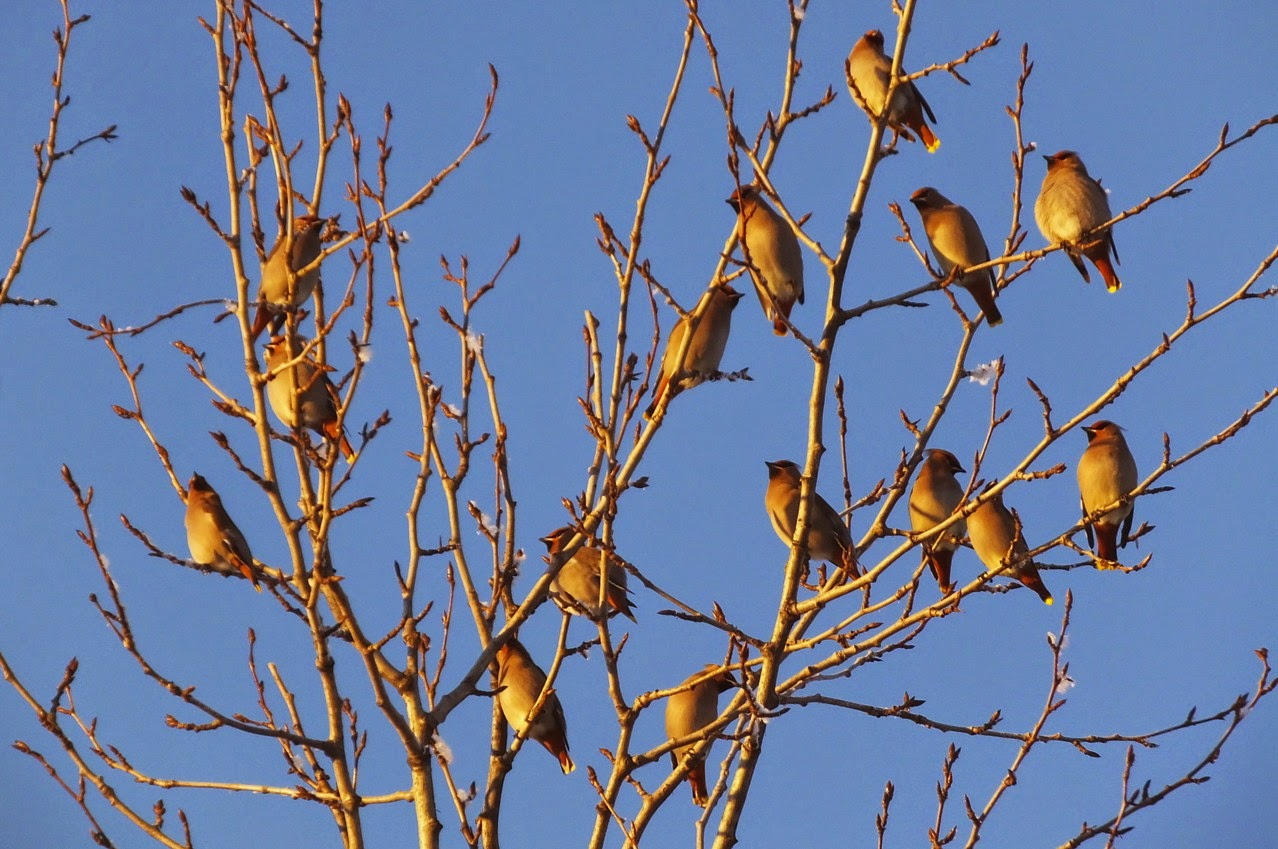 After work the other day I noticed a bunch of Bohemian Waxwings in the neighborhood. There was over a hundred of them. 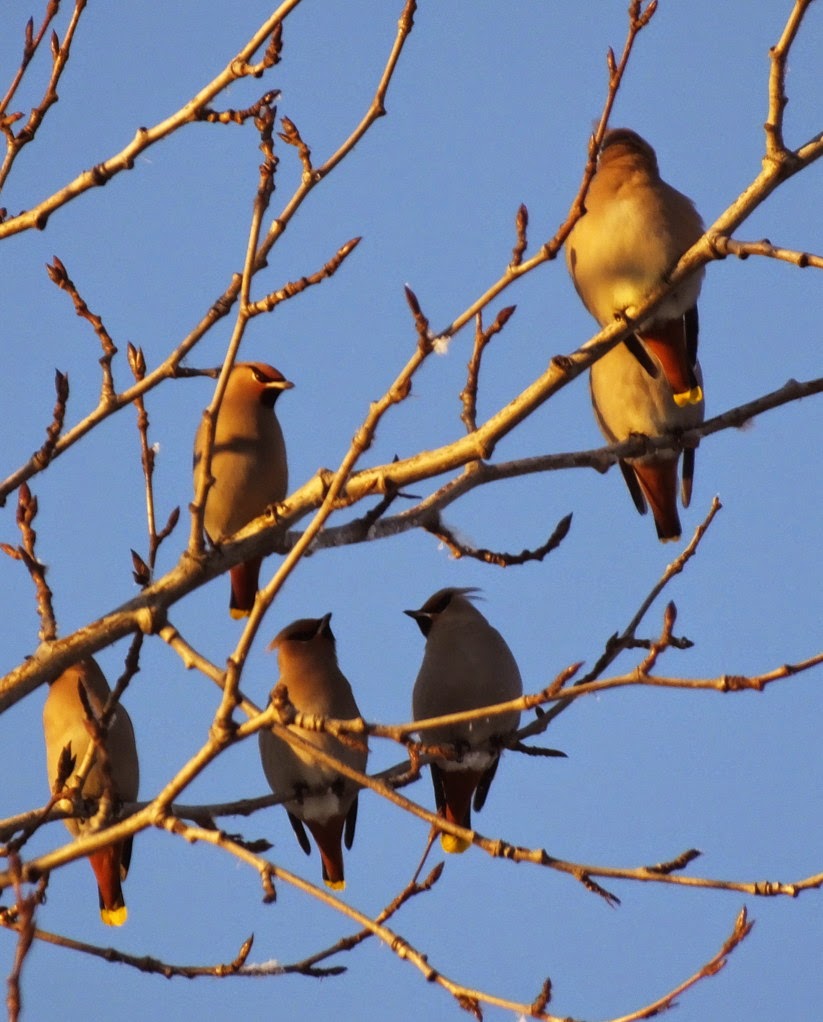 They were gathering in the tops of several trees as the sun was going down. 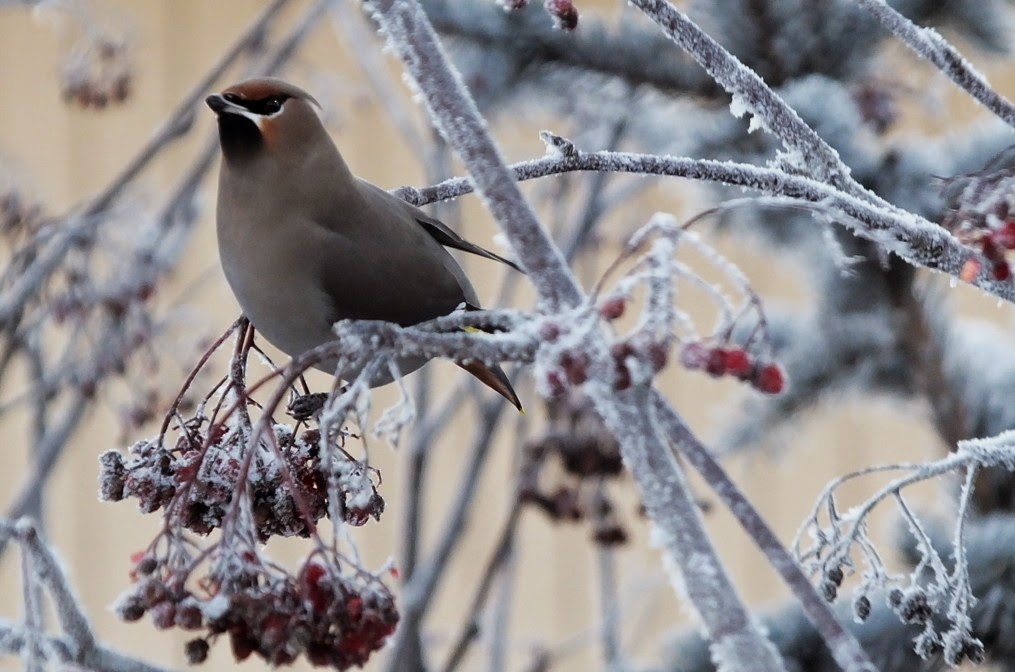 I knew where they were ultimately headed so I walked over to some Mountain Ash trees nearby and waited for the waxwings to make their move. The light was fading as the day ended so I hoped the birds would not linger too long in the tree tops. They did not. 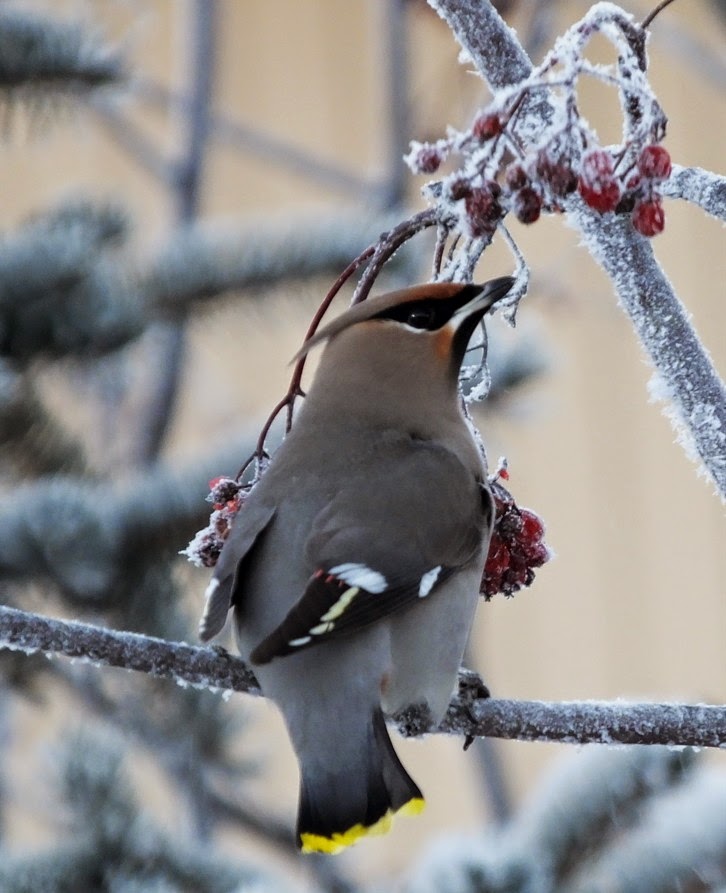 There was not enough light for really sharp photos but I did the best that I could. 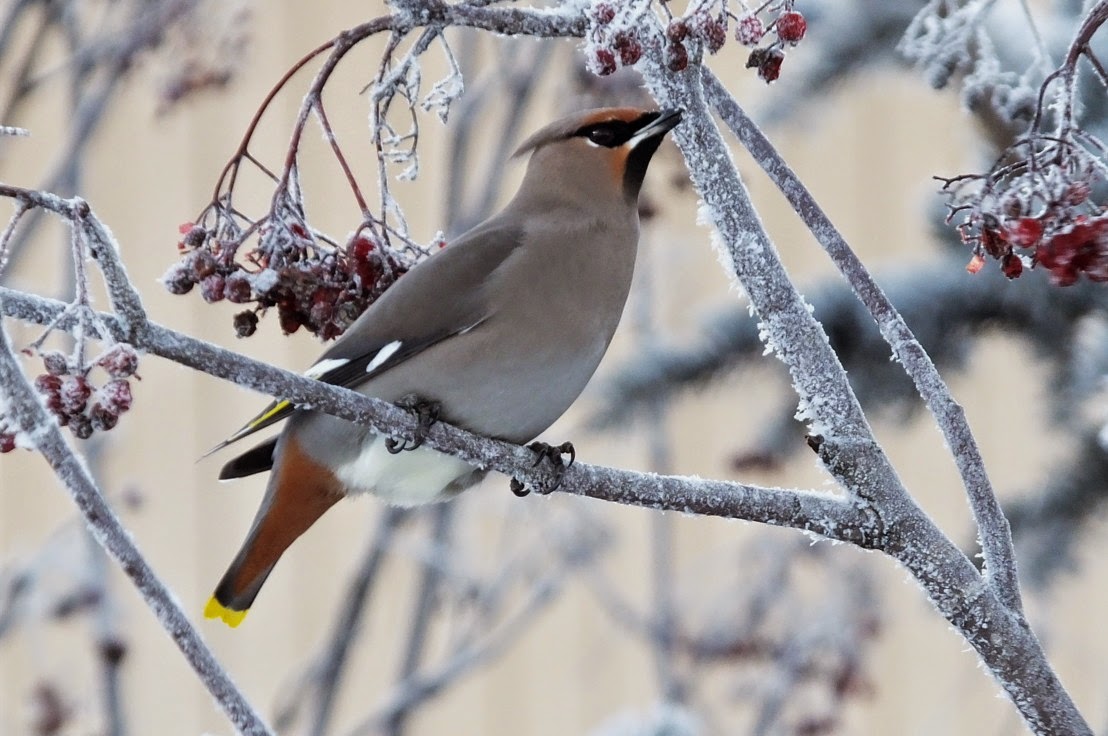 I have started so many paintings of these birds and finished only a few. 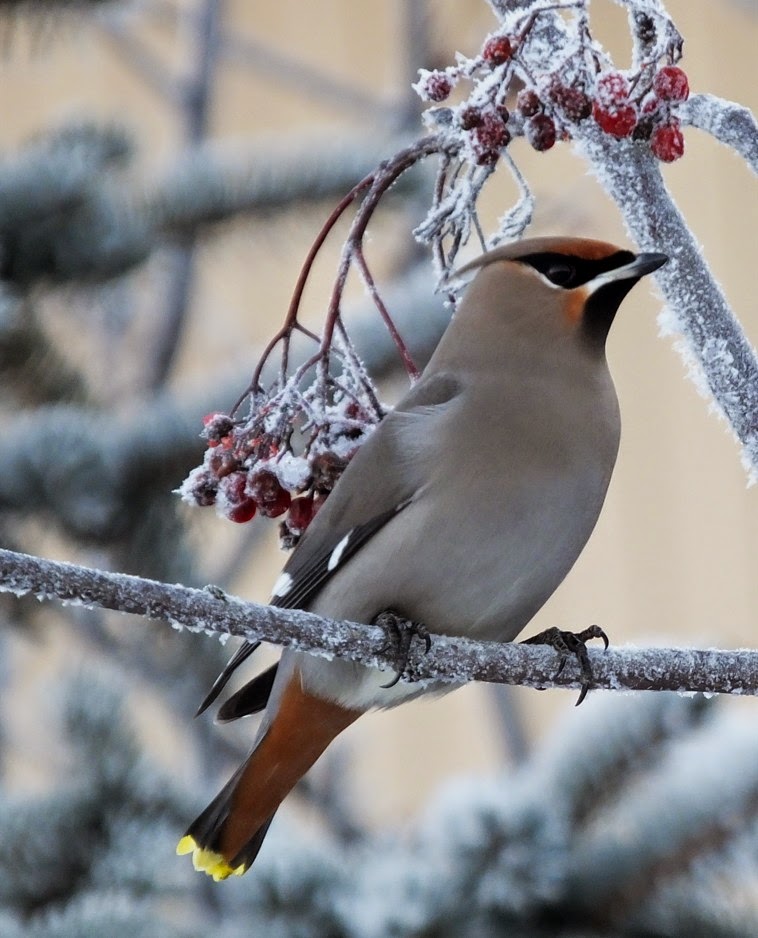 They are such confiding birds and I have been able to accumulate a large number of reference photos. I really need to make a better effort to paint them. They are worthy subjects. 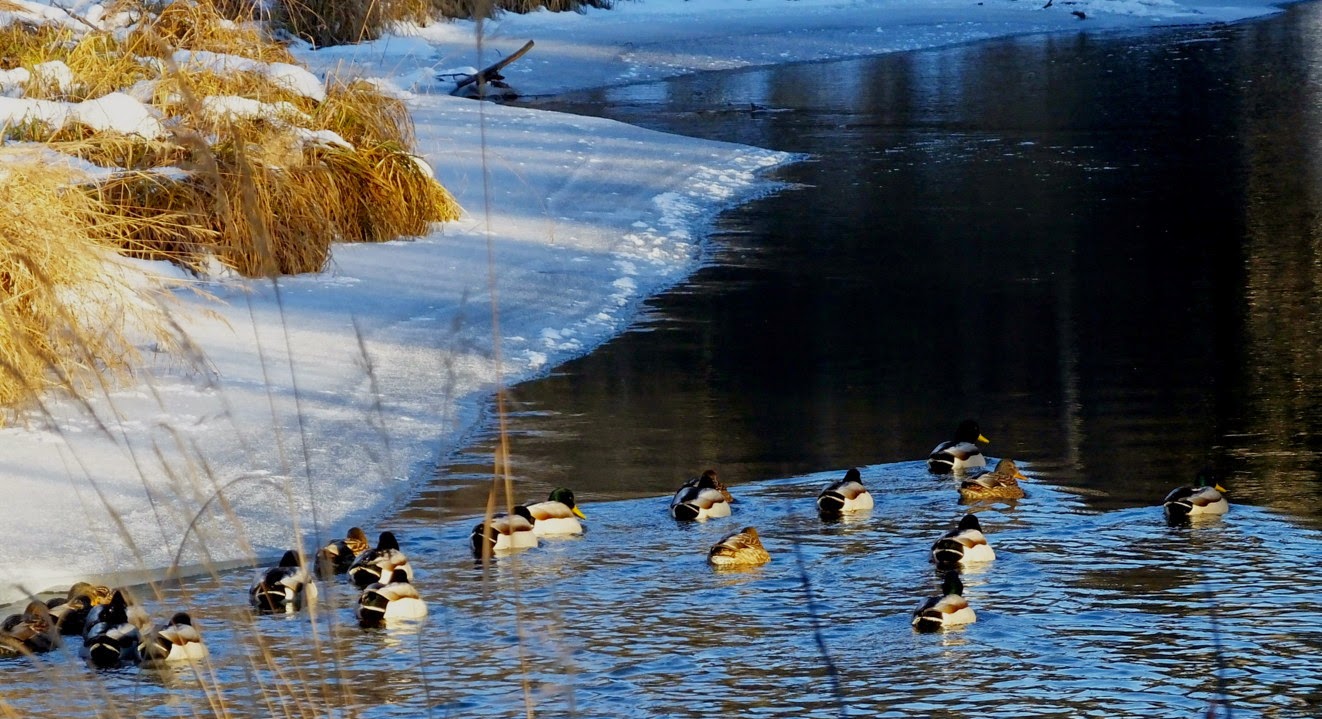 Before the temperatures plunged downward there was more open water in town than usual. Much of Chester Creek was open and the local Mallards took full advantage of it. 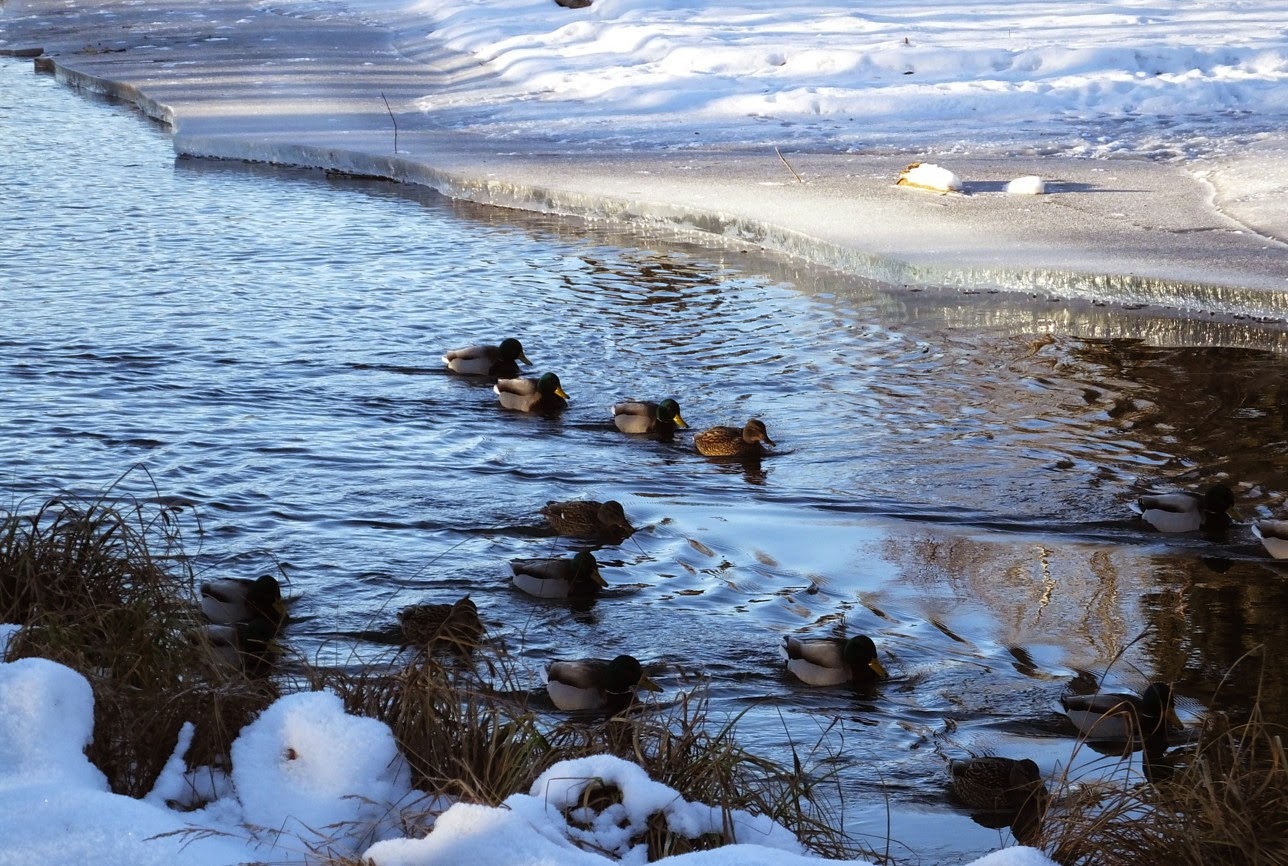 The other northern species of ducks like scoters, harlequins, and goldeneyes tend to winter on the ocean. Mallards are almost the only species that stay in fresh water. 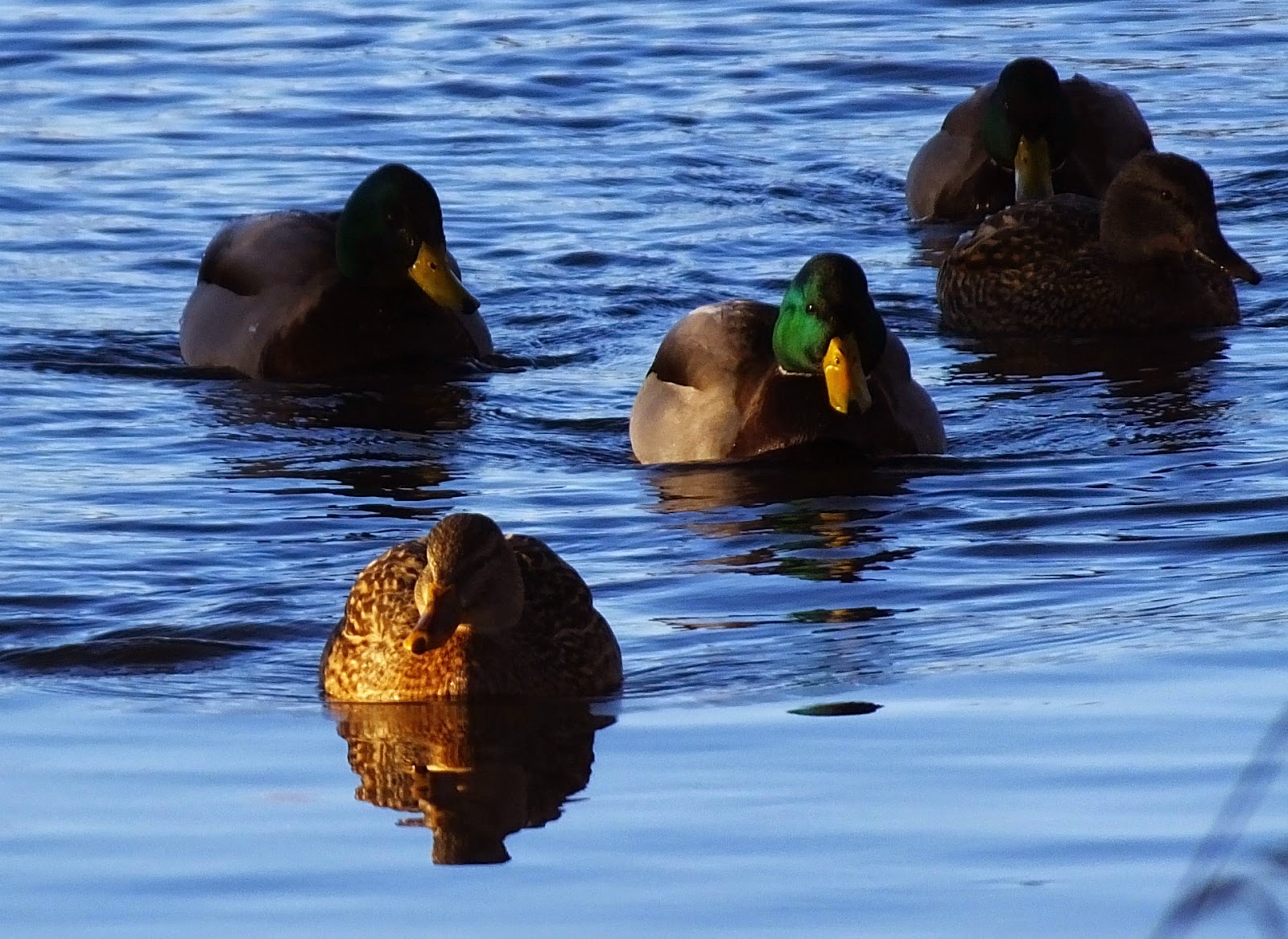 Pintails, shovelers, scaups, widgeons and the like are wimps and head south for the winter. 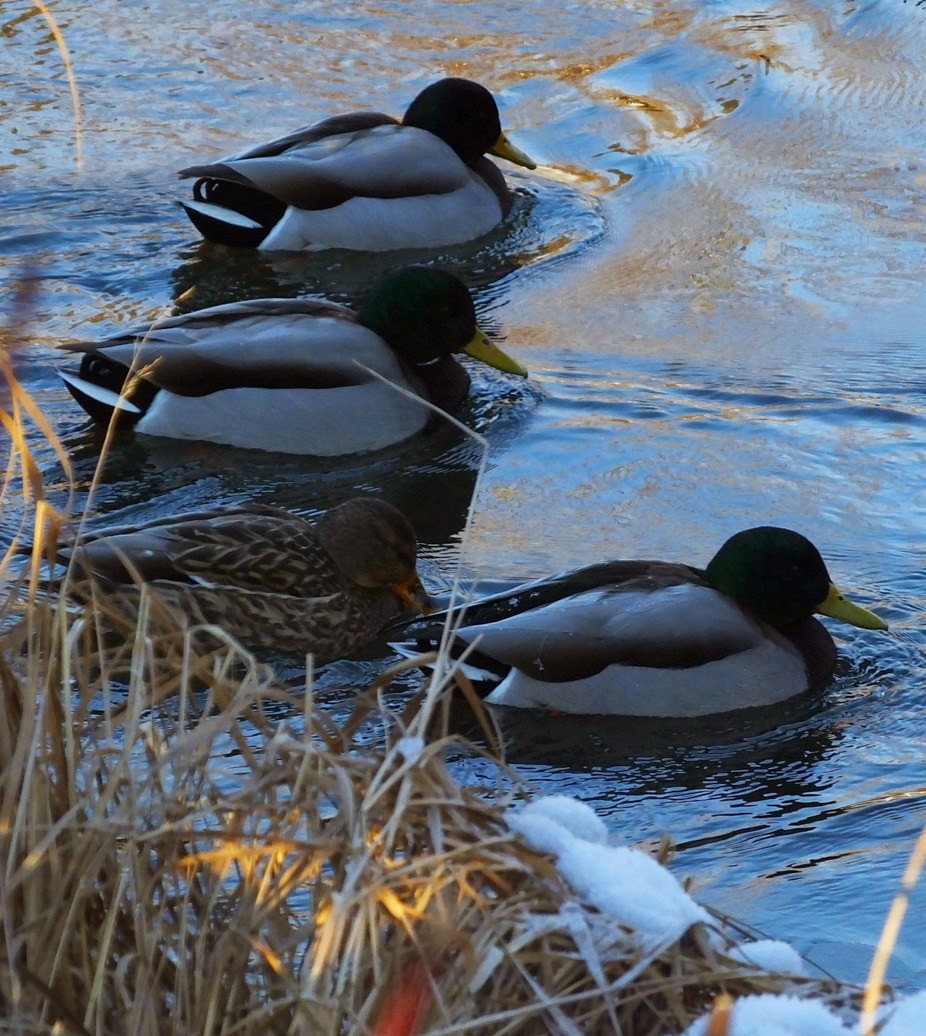 The stalwart Mallards are tough and endure whatever nature throws at them.
Posted by john at 3:35 PM

The Waxwings in the frosty tree look great. If I could paint, I'd certainly have a go at getting them down on canvas...