The Birds of Palau

There has been a significant shift in the world of birding in the last several years. One that I was barely aware of and I only started to grasp the importance of it fairly recently. It first started to dawn on me when there was a report of a Warbling Vireo, (non resident in Alaska) near a school in town.

Several of us birders were gathered together looking for the bird in some thick trees. Then Alaska's most hardcore birder, Dave Sonneborne pulled out his iPhone and started playing its song in hopes of luring the bird into the open. No luck that day, but a neat little tool to have at your disposal.
About a month ago I reported on being able to see a female Cassin's Finch in Anchorage. It was being seen with a female Purple Finch, (which I later saw in Seward). Both birds are nearly identical in appearance. While I was looking for the birds there were several local birders already present looking for them. I mentioned that I had not had time to review my field guide to study the subtle differences between them.
One of the birders pulled out her iPhone and pulled up some images of both birds so we could study the field marks. A nifty improvement over a physical book. It has almost endless possibilities for accessing information. Duh! Why did it take so long for me to grasp that idea? 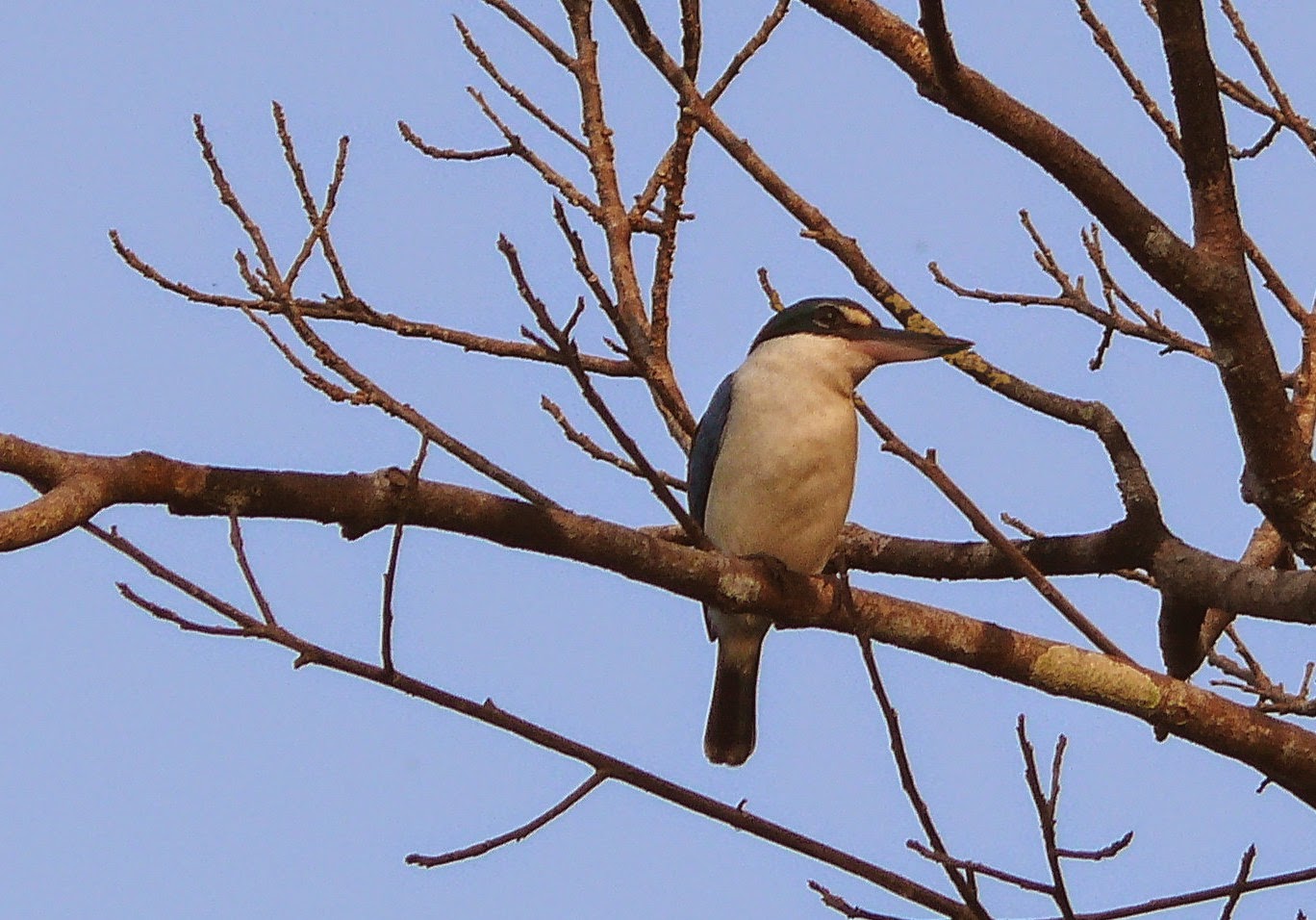 So for the last few weeks I have been corresponding with a company that has invited me to illustrate a smartphone field guide app to the birds of Palau. I had little knowledge of the birds that occupy that island nation, but I jumped at the chance.  My guess was that there were probably only about 40 or 50 species and that most of them would be widespread aquatic birds like terns, shorebirds, and egrets. I figured that there were only a few land birds.
First thing I went on the web and downloaded a checklist of the birds of Palau. It turns out that there are 149 species, ten of them are endemic. I was right, most of them are widespread aquatic birds, like the Collared Kingfisher above. Palau also has another similar kingfisher, Micronesian Kingfisher. 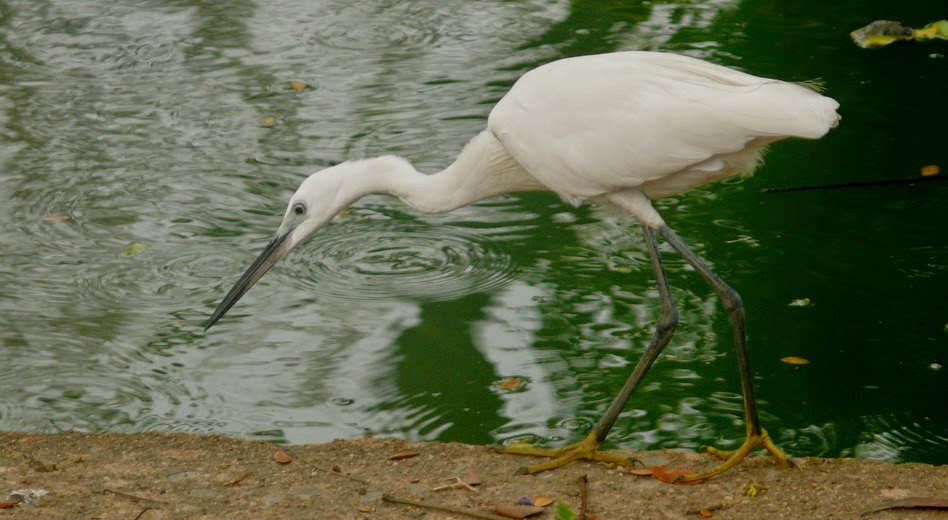 Next I went through some of my old photos to see which birds I already had photographed in other places, like this Little Egret in Thailand. The Collared Kingfisher is from Thailand as well.

This one is from South Africa, Striated Heron. They live practically everywhere. Palau has very few raptors. Black Kite is one of them, Peregrine is another. 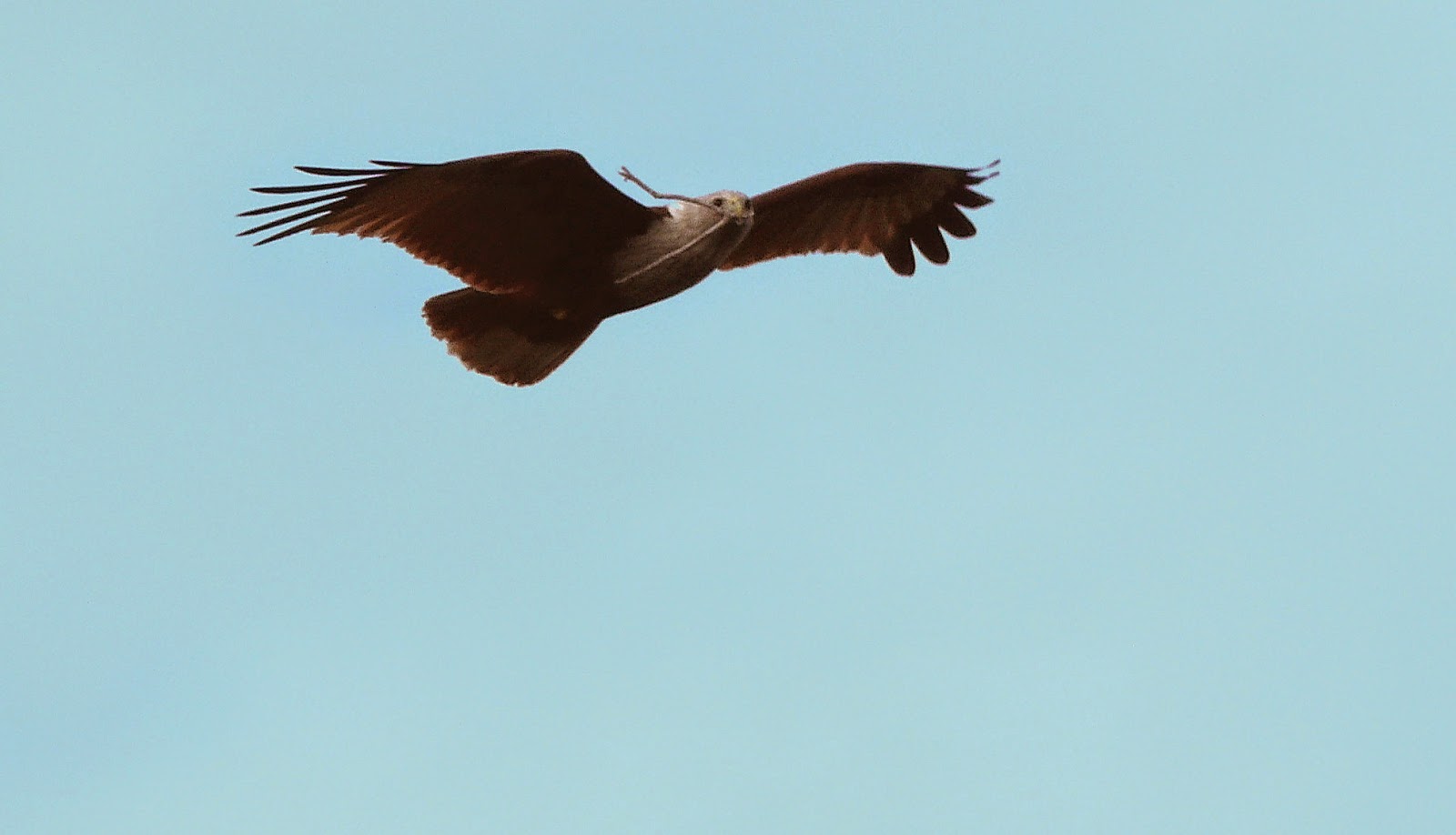 Brahminy Kite has been seen there but it is considered to be accidental. 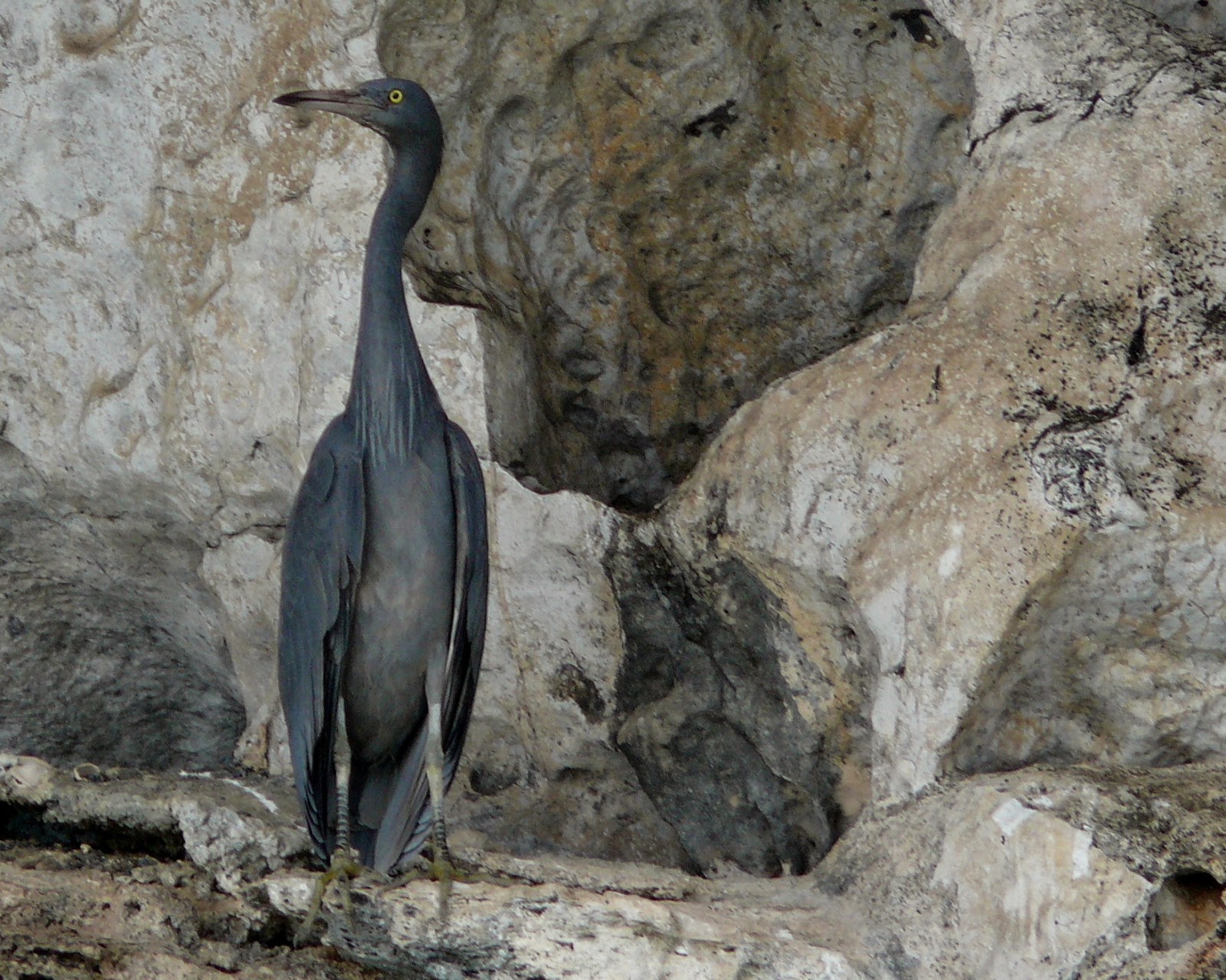 Pacific Reef Heron is another bird that can be seen in Palau. 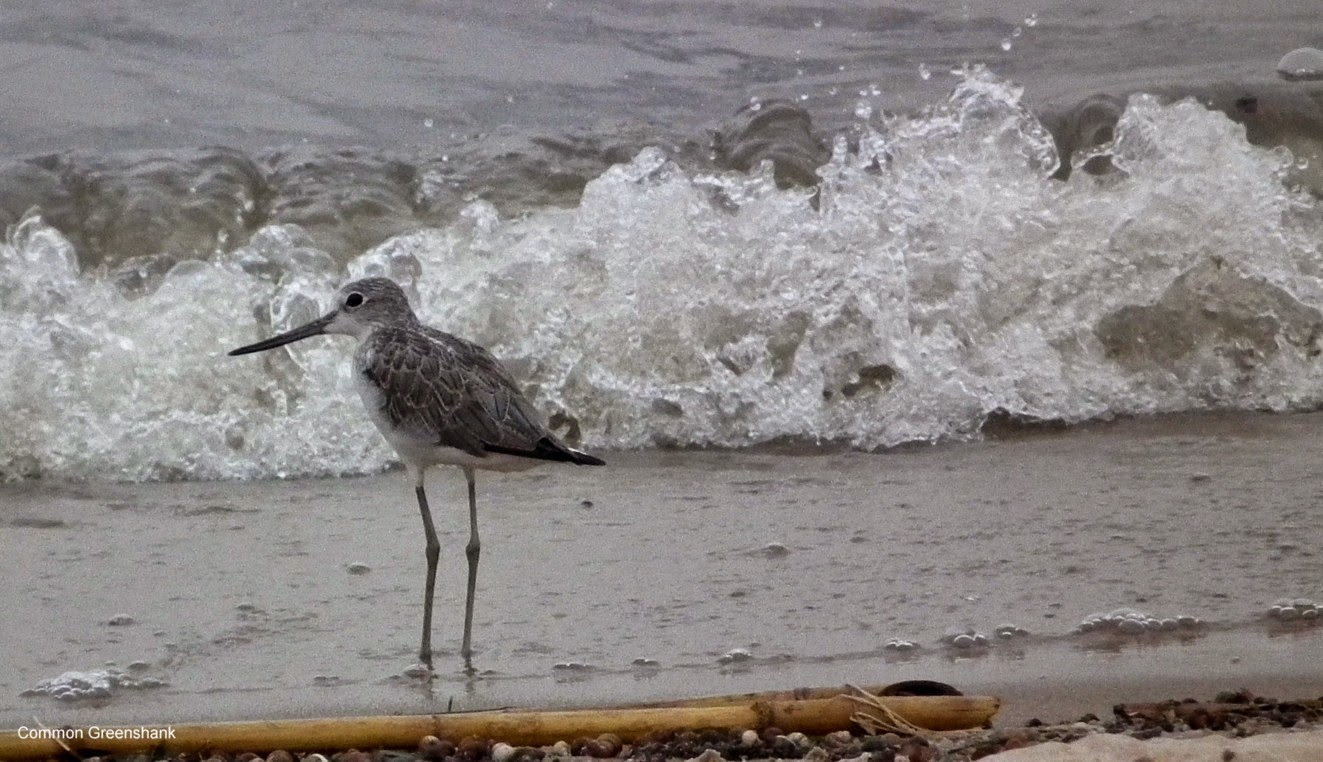 As can be easily guessed, shorebirds make up the biggest group of Palau birds. This is a Common Greenshank. I have already seen most of Palau's shorebirds in one place or another. Many of the birds of Palau are only present as passage migrants or winter visitors. 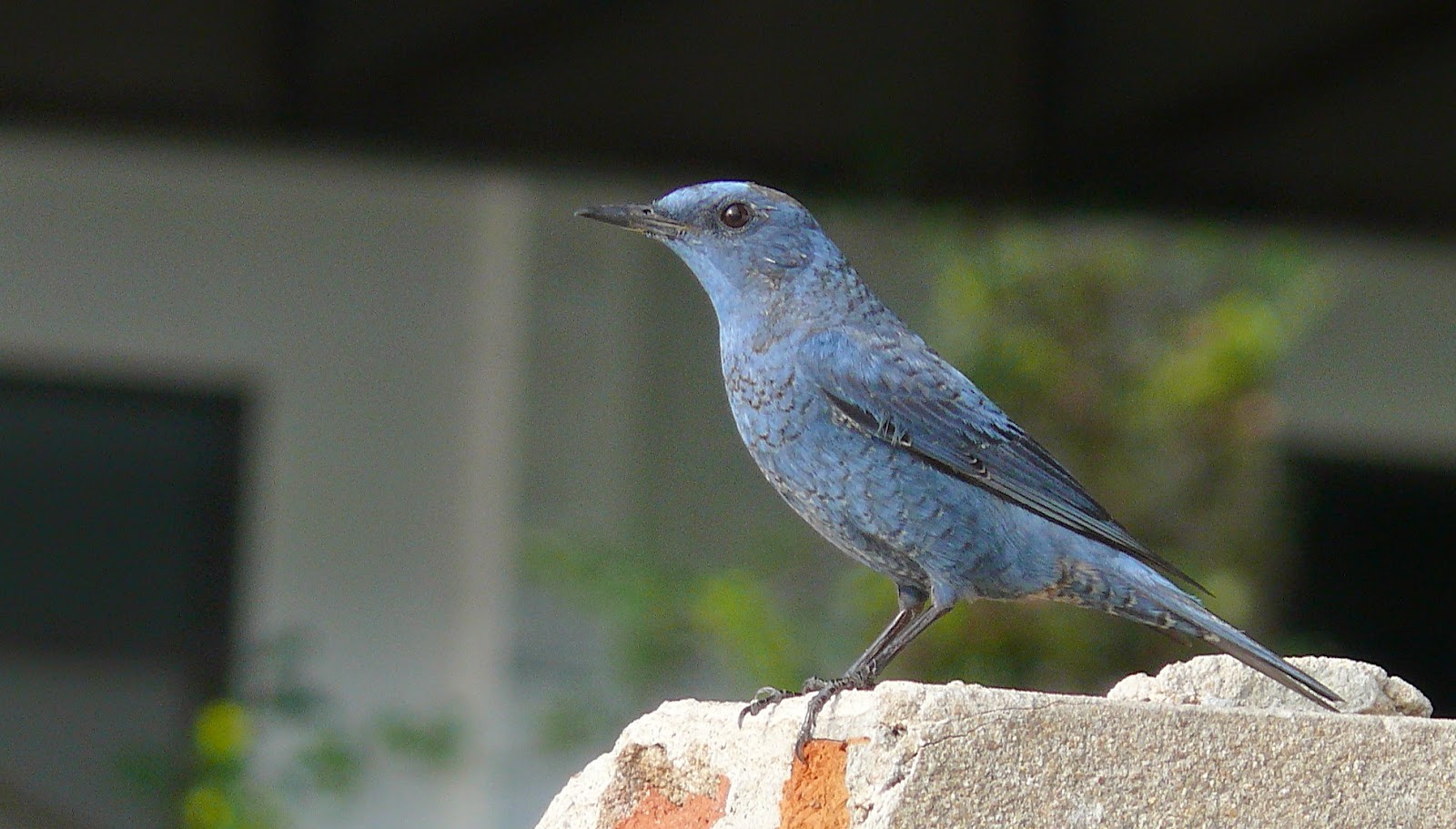 Most of Palau's land birds are endemic but one that is also widespread in the world, Blue Rock Thrush. The land birds are what interest me most. Things like Palau Fruit Dove, Nicobar Pigeon, Palau Fantail, Giant White-eye, and Blue-faced Parrotfinch. There are several introduced European species and one spectacular bird, Eclectus Parrot.
It is premature of me to be making this announcement since I have not signed a contract yet, but I had to come up with something to post this week.
Posted by john at 12:10 PM

Great to see some birds that I recognize from SE Asia, I especially like the Blue Rock Thrush - a bird that has a special significance for me. Good luck with the commission, hope you get it.

Thanks for your comment Jeremy. There are several forms of the Blue Rock Thrush. I do not yet know which form occurs in Palau. They are elegant birds to be sure.