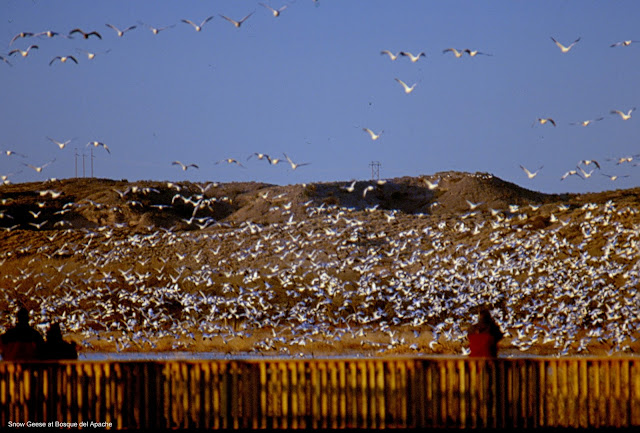 Bosque del Apache, (Apache Grove), in western New Mexico is a spectacular wildlife refuge. It is located near the desert town of Socorro. Birders know all about it because it is the wintering spot of many waterfowl. In the above photo, thousands of Snow Geese are taking wing at dawn to disperse to the surrounding corn fields. 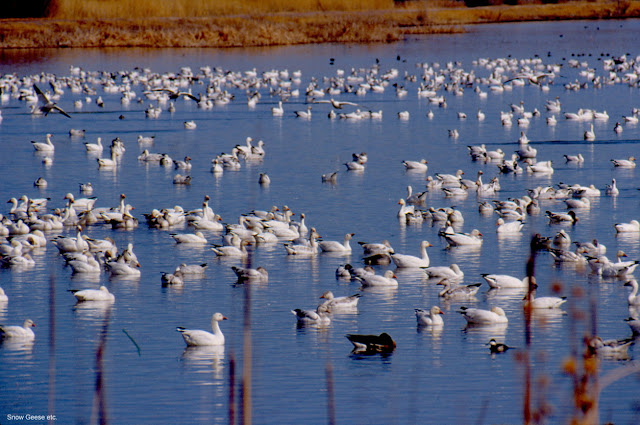 Snow Geese, Ross' Geese, and many other species can be seen in the winter months. I have heard that the Summertime in Bosque is almost too hot and smelly to endure. The Rio Grande River supplies water to these natural wetlands. 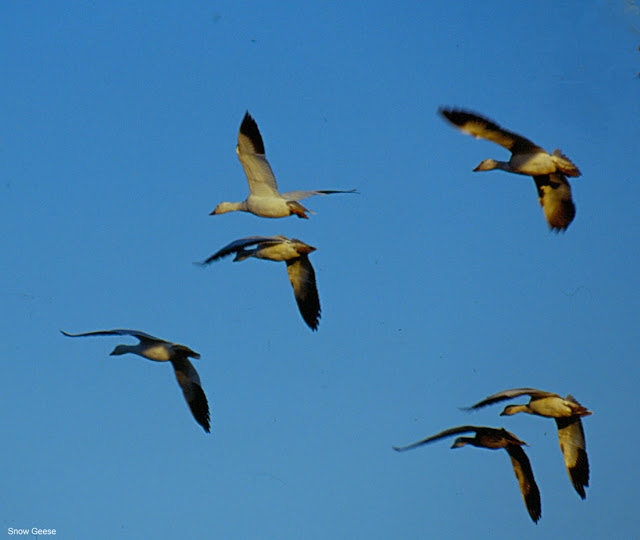 Many birders and photographers converge on the wetlands at the same time that the birds arrive. There is a big waterfowl festival held there every November. These photos are fuzzy because they are second generation copies of 35mm slides. 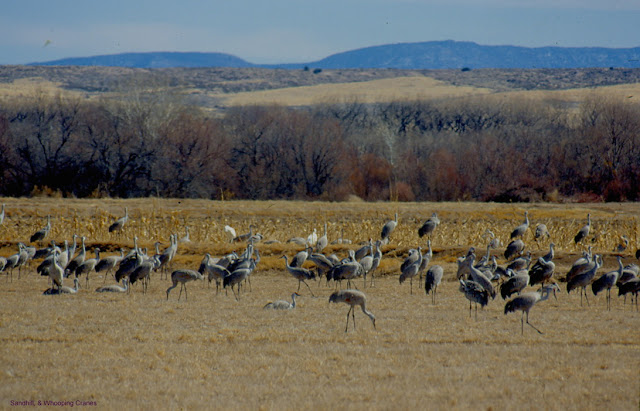 Along with the Snow Geese, large numbers of Sandhill Cranes also create noise pollution at the marsh. The sound can be near deafening at times. There are two white, Whooping Cranes in this photo that contribute their fair share to the cacophony. Whooping Cranes are critically endangered, but their populations are slowly increasing thanks to a lot of effort and money by concerned public and private organizations. 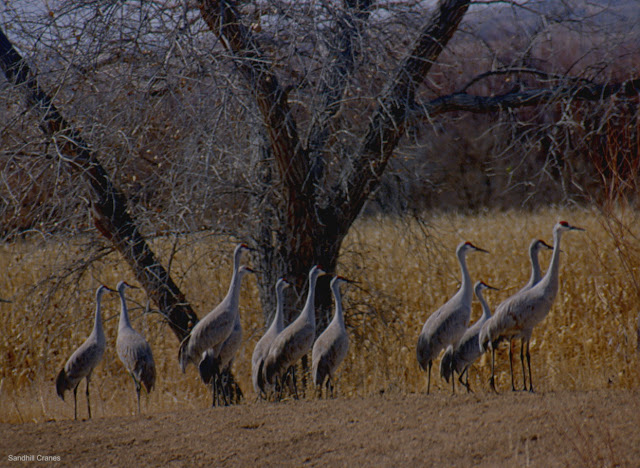 This photo is a little dark because I was trying to tone down the harsh contrast of the bright day. 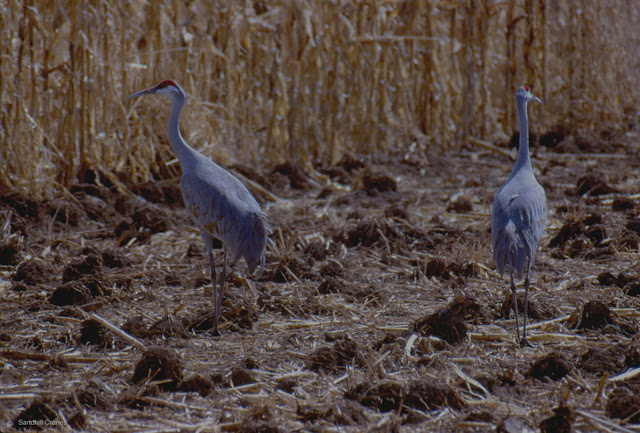 Local farmers are paid to plant corn just for the birds. Both Snow Geese and Sandhill Cranes prefer to forage in plowed under fields. 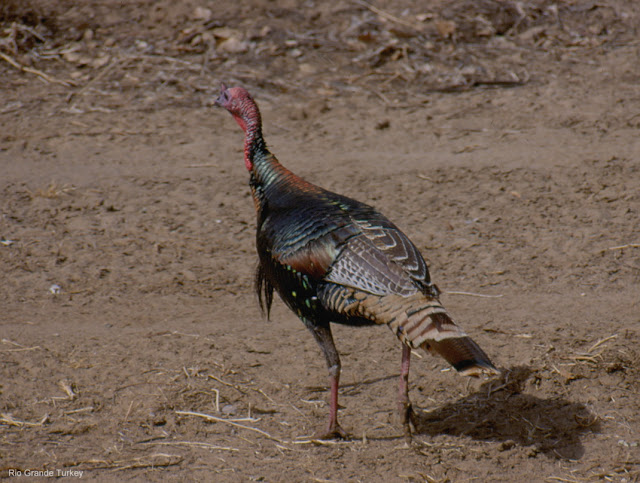 Rio Grande Turkeys are common, and confident, in the refuge. 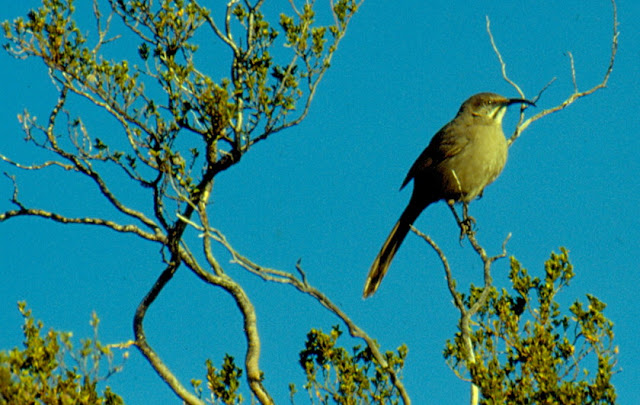 There are many smaller desert birds in the refuge as well. This is the only place where I have seen Crissal Thrashers. 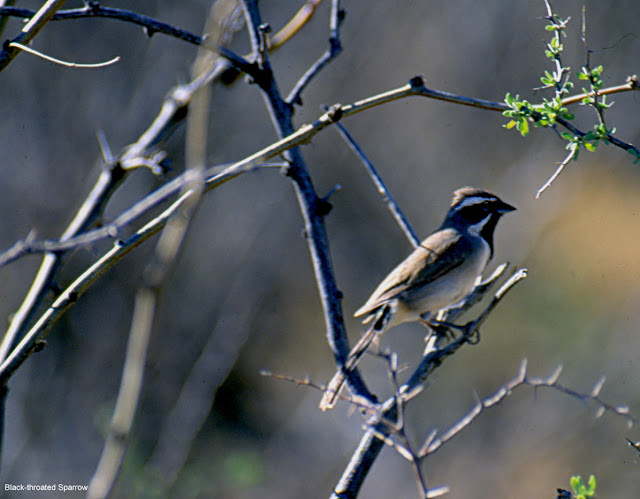 It's a good place to see wintering sparrows like this striking, Black-throated Sparrow. 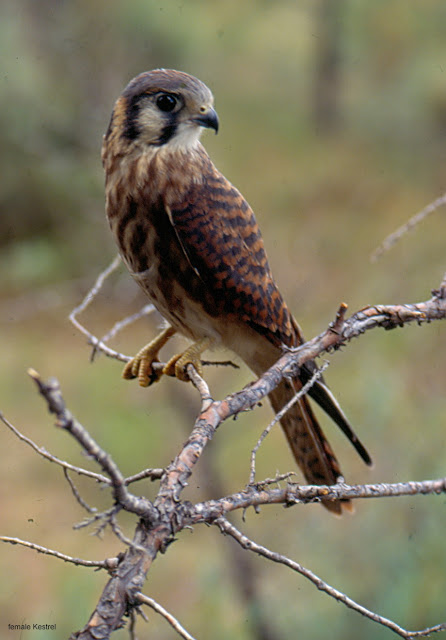 There are many raptors including eagles, hawks, and falcons like Peregrines and this Kestrel. 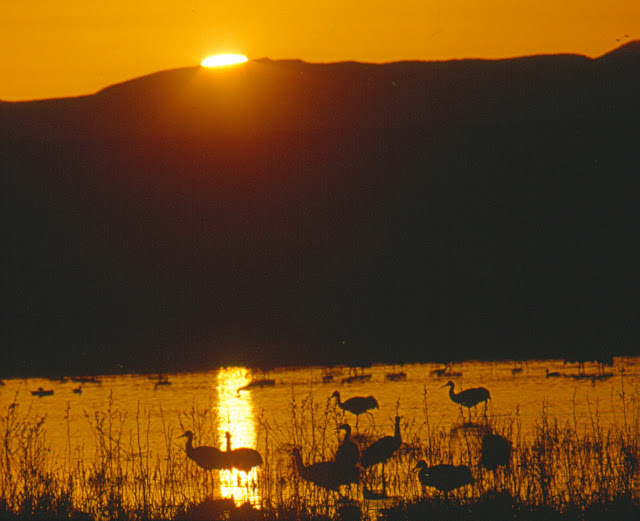 It looks like sunset, but it's sunrise on Bosque. 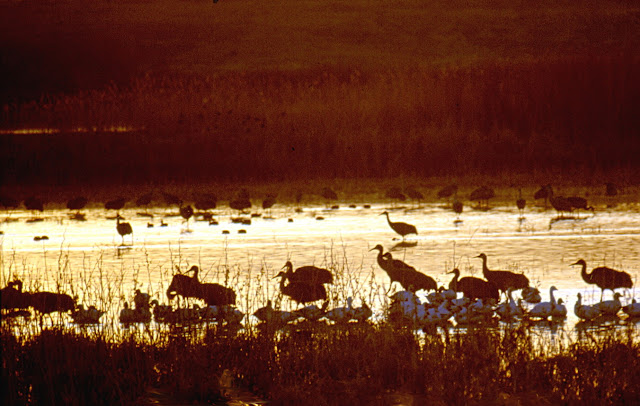 That view is worth a second look.
Posted by john at 8:00 PM