I'm no beachbum, even though I spent a good deal oy my youth on the beach. Laying around and working on my tan is not for me. I went to Puerto Lopez for one reason, Isla de La Plata, (The Poor Man's Galapagos). That will be the subject of the final report of my Ecuador trip. This post is about Puerto Lopez itself.

Ecuador is very green. The bus ride from Guayaquil passed through some verdant countryside that gradually became drier as we dropped down to the coast. The area around Puerto Lopez was very desert-like. It was hot and dusty. 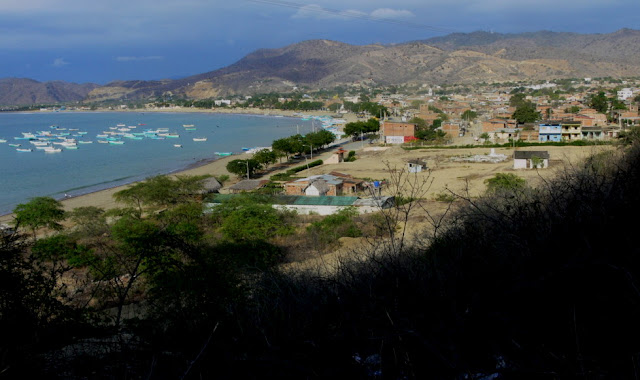 The small town of Puerto Lopez. Like Guayaquil, PL was oppressively hot. I sweat so much that my camera malfunctioned because of the constant sweat pouring off my body. This heat prevented me from exploring the hills around town. It was just too hot to endure for a boy from Alaska. There was an interesting nature reserve nearby that I wanted to visit but I was unable to carry enough water needed to get me through the reserve.
A friend of mine visited the place at a different time of year and reported that it was uncomfortably cool, but she is a wimp about cold temperatures. I hope she is not mad if she reads this. 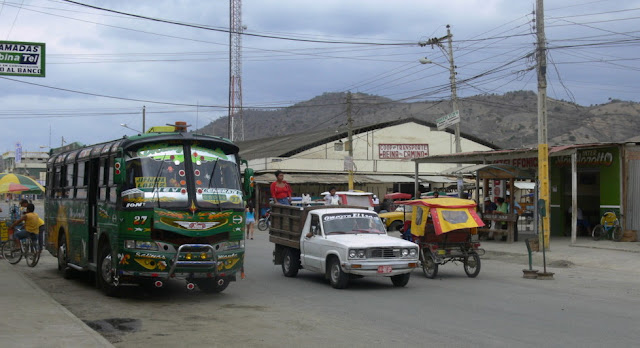 This is the busiest intersection in town. There are several hotels and restaurants that cater to tourists but fishing is the main industry of the community. I paid about $4.80 for my hotel room. It would have been $5.00 if I wanted a room with a television. The place is quiet and friendly. I loved the vibe of the place even though there was little to do. 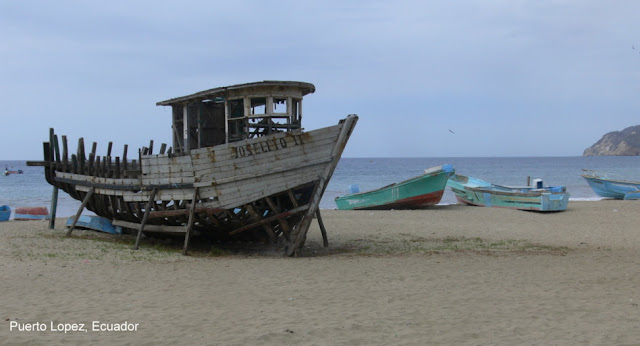 Life on the beach. 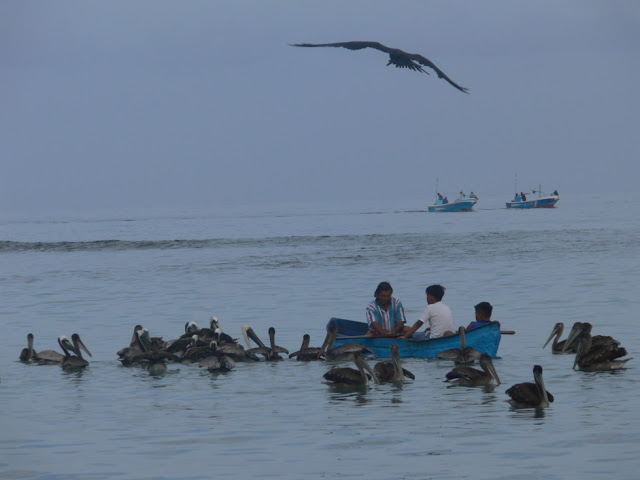 These fishermen attracted a crowd of admirerers hoping for a handout. 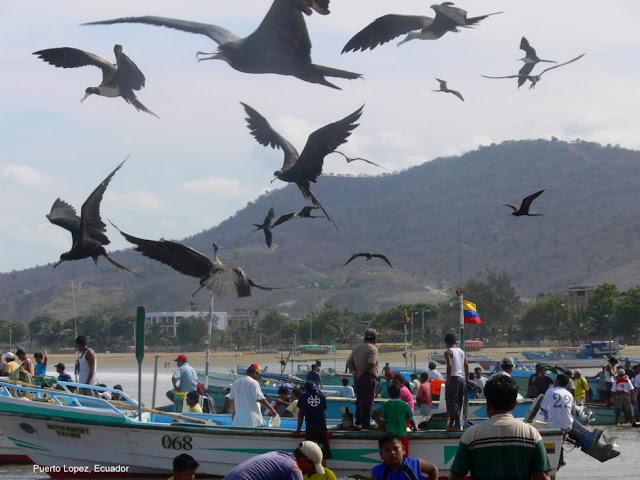 The main activity of the day happens in the morning when the town's fishermen return with their catch. While they clean fish, Magnificent Frigatebirds patrol for discarded fish guts. They are huge birds. 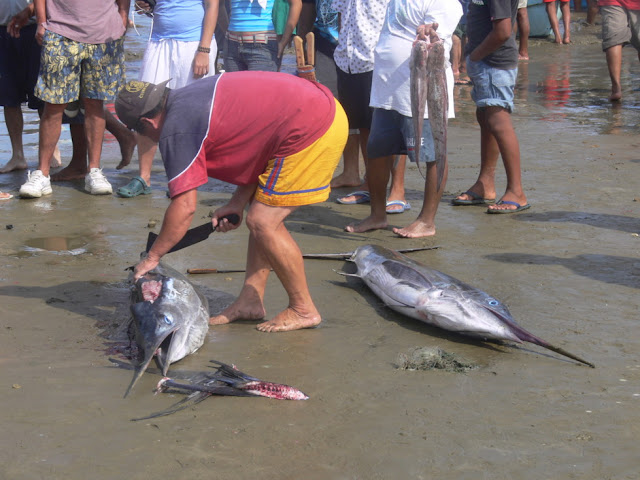 It was discouraging to see how casually these Marlins were hacked to pieces along with every other fish. 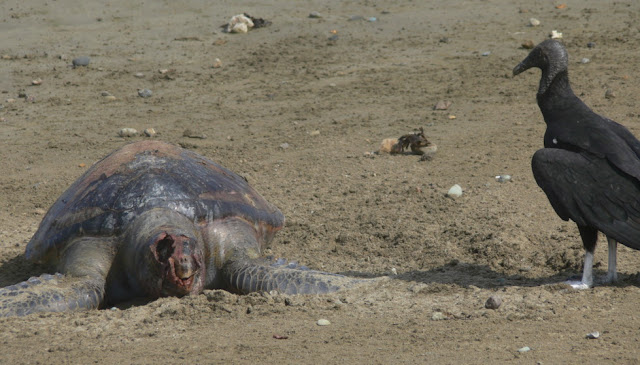 Down the beach a ways some Black Vultures were scavanging the carcass of a sea turtle. 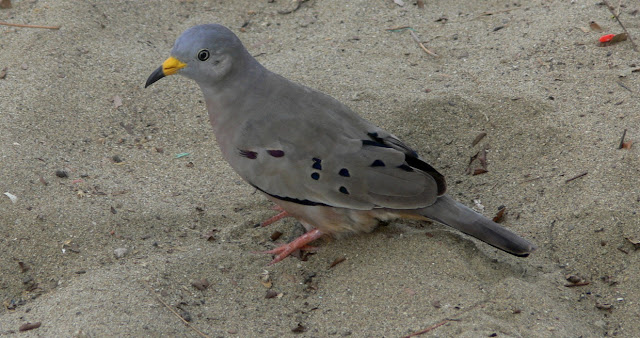 Croaking Ground Doves were also common, even on the beach.

The most colorful birds were the male Vermilion Flycatchers which occur from the Southwestern US down into Western South America. Even on the Galapagos.

Fasciated Wrens are one of the larger species of Wren.
I had some excellent meals during my stay in Puerto Lopez. It is well worth a return visit.
Posted by john at 11:54 PM

Would that wimp be me?? Puerto Lopez is the only place on the coast I've ever visited in two and a half years here, and I know I'll go again for a fourth and final trip sometime. Love the photo of the frigatebirds above the fishermen--that one really says "Puerto Lopez."

Maggie, that wimp would be you. I'm off to Uganda next, but that isnt until the middle of February.