Guayaquil and a New Painting

The Ecuador adventure continued for Gary and I but we parted ways after the Amazon. Gary had to leave earlier than I did and decided to spend the last part of his trip in the Galapagos. I was tempted to go there as well, but it's so expensive to get there, and I figured I could see more new species by staying on the mainland. 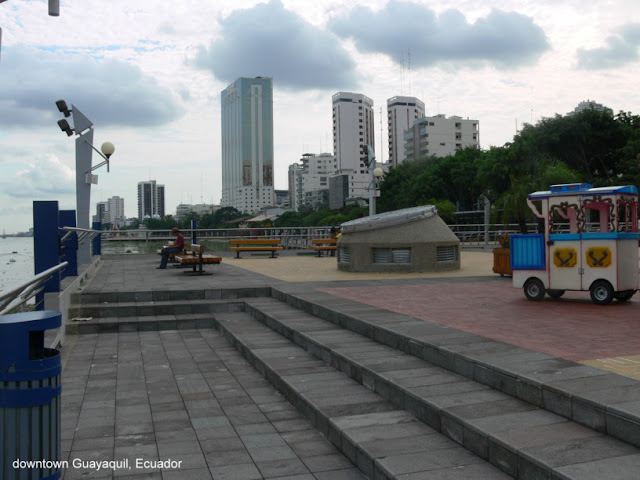 After the Amazon I took some very long bus rides all the way across the country to the West Coast of Ecuador. First I went to Ecuador's largest city, Guayaquil, and decided to visit several protected areas nearby. I visited several recommended local agencies to see if they could make the arrangements for me. All of them, except one, only wanted to organize trips to the Amazon, or the Galapagos Islands. The one place that was willing to help me get to local nature reserves kept telling me to come back tomorrow.
Guayaquil has the reputation for being a dangerous place to visit because of the high crime rate. Even the local people on the street kept stopping me and asking, "dont you know that it's dangerous for you to be on the street?". There were no other tourists around, but no one tried to rob me either.
The one thing that bothered me about the place was the oppressive heat. Way hotter than the Amazon. 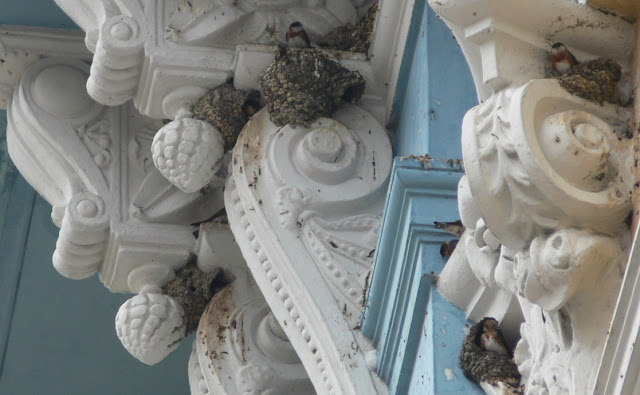 While I was sauntering along one of the main boulevards, I saw these swallows nesting on an old colonial building. To me they looked like Bank Swallows,(Sand Martins), but those guys nest in holes. It turns out they were a new species for me, Chestnut-collared Swallows.

Another new species I saw in downtown Guayaquil, ( and one of my favorites of the trip), was the Pacific Hornero. It ran around on the ground behaving like a short tailed roadrunner. It was fearless of people, but would not stay still for a photo. 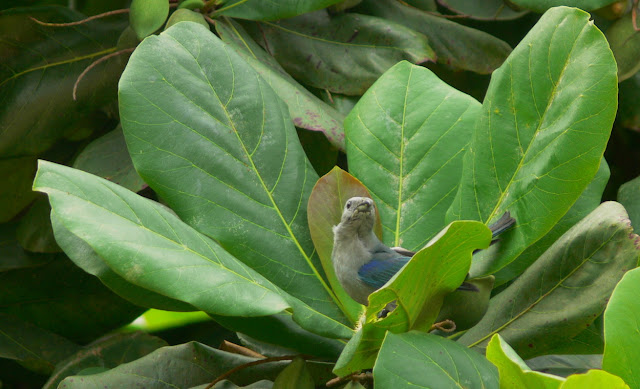 Not a new species, but a familiar bird of the neotropics, Blue-gray Tanager. It was found in just about the only nice part of Guayaquil, The Malecon 2000. The Malecon is a beautifully landscaped promenade that borders the Guayas River. There are police officers stationed about every hundred feet or so all along the Malecon to keep crime at a minimum. 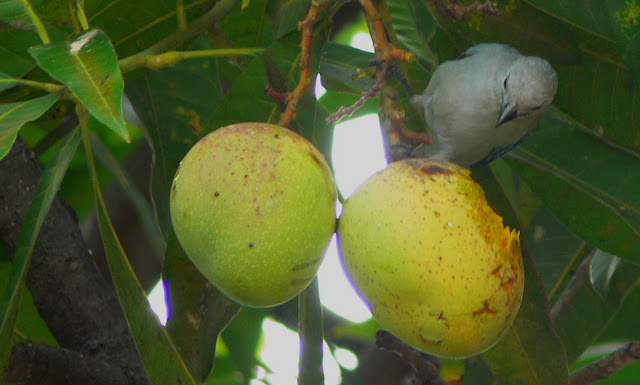 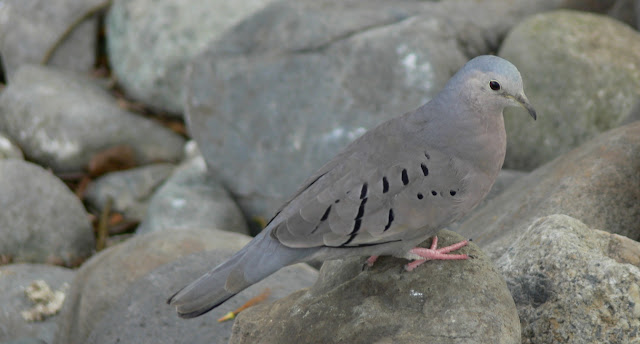 The Malecon was the only place where I saw the endemic, Ecuadorian Ground Dove. 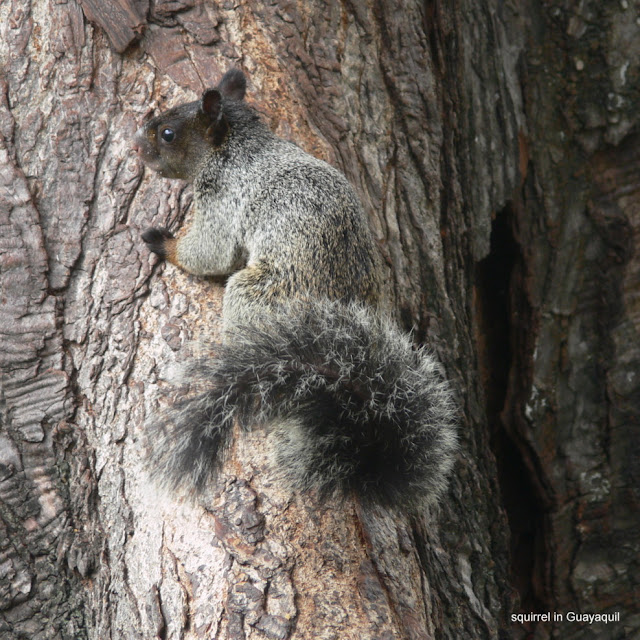 Near the Malecon there is a park called Iguana Park. That is where I photographed this large squirrel. 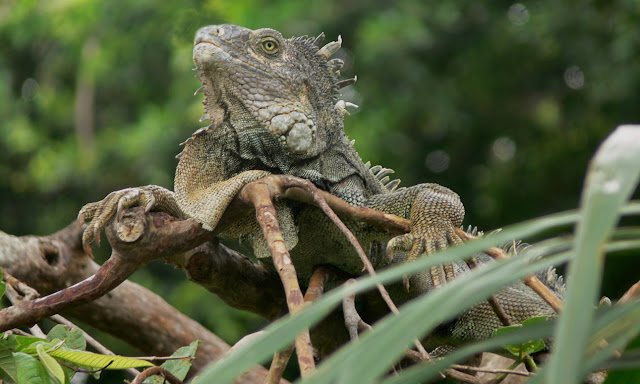 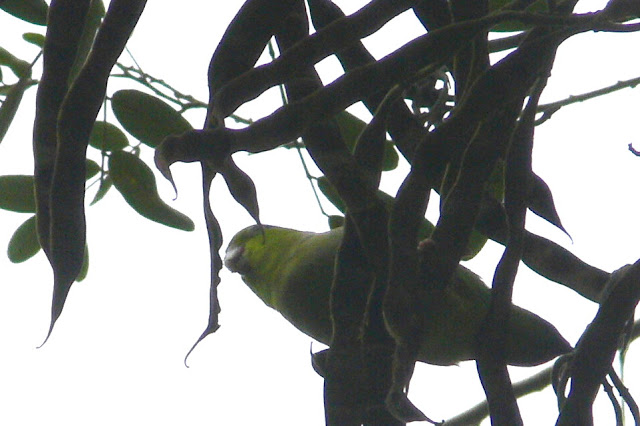 One of the birds that I hoped to see before coming to Ecuador was the Pacific Parrotlet. Not only is it very small, it also occurs within a small area on the West coast of South America. They were nesting in Iguana Park. 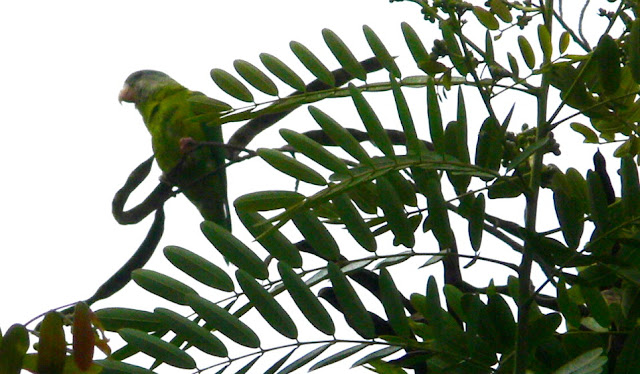 Another small Parrot on the Malecon, Gray-cheeked Parakeet. 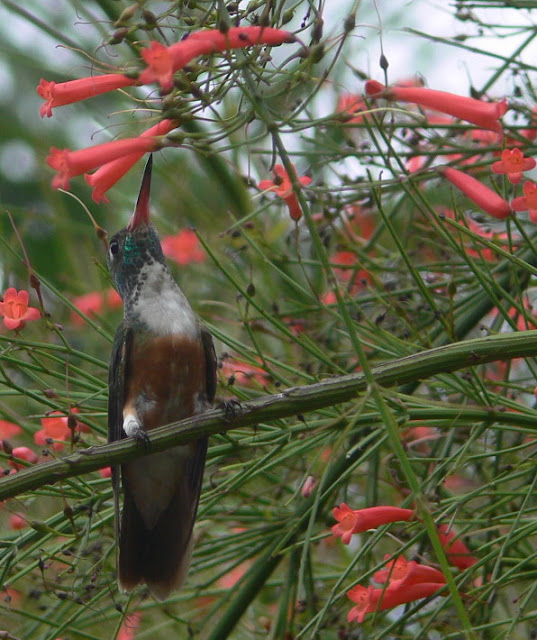 The only species of hummingbird I saw on the West Coast was the beautiful, Amazilia Hummingbird. 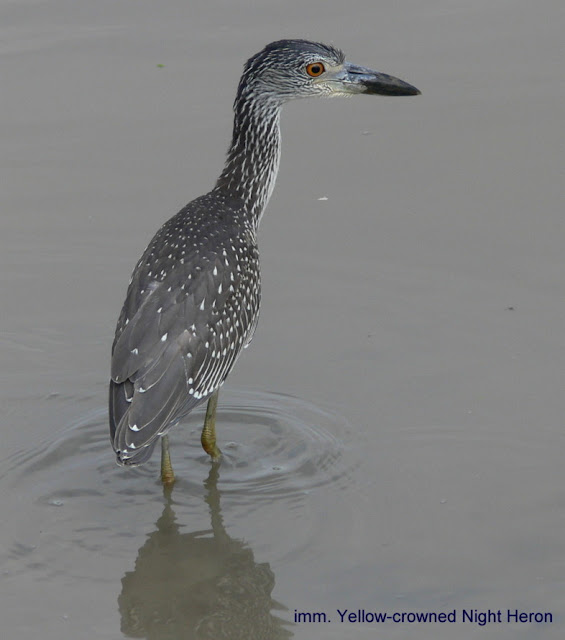 A cooperative Yellow-crowned Night Heron.
In the end I gave up on trying to visit the nature reserves that I wanted to see and I left Guayaquil for the beach resort town of Puerto Lopez. 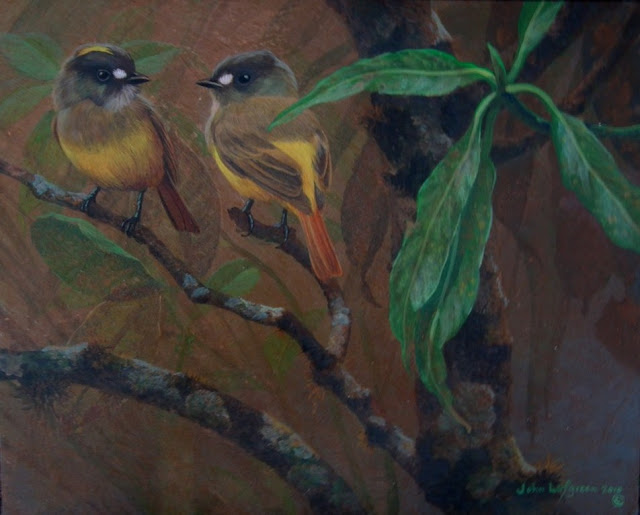 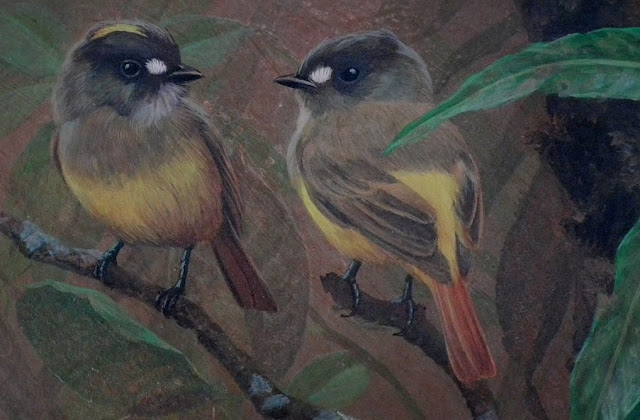