A few Snowy Egrets, a Tri-colored Heron, and a bunch of Royal Terns lounge around on Costa Rica's Carribean Coast in tiny Cahuita Nat. Park. I have posted about Cahuita before but I have so much good material from the place I'll include more of it here.

This is the first place that I ever got my feet wet in the Atlantic Ocean. Come to think of it, Cahuita is the only place that I've actually entered the waters of the Atlantic. This is a Yellow-crowned Night Heron. 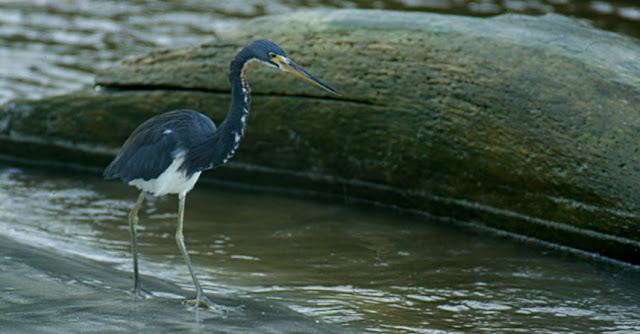 Another Tri-colored Heron patrols the mouth of a stream in the park.

Spotted Sandpipers lose their spots in the winter. This individual was walking along a fallen log at the same stream that the two previous herons inhabited. 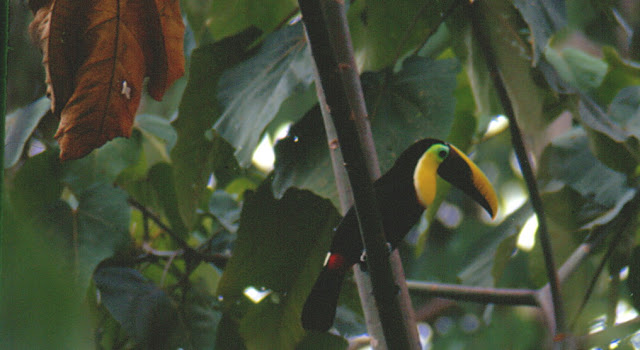 The rainforest in Cahuita comes right up to the beach. The largest of the toucans that can be seen in the jungle is the Chestnut-mandibled Toucan. This bird was just a few yards from the beach. 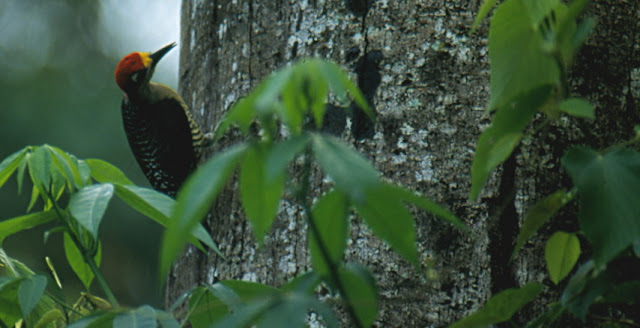 The most common woodpecker in this jungle is the Black-cheeked Woodpecker. I can't remember if I have used this photo before. I apologize if I have. 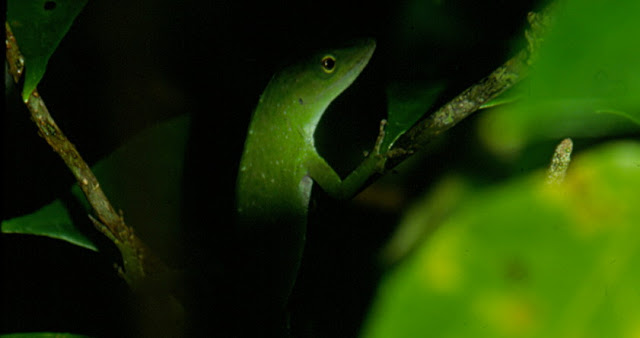 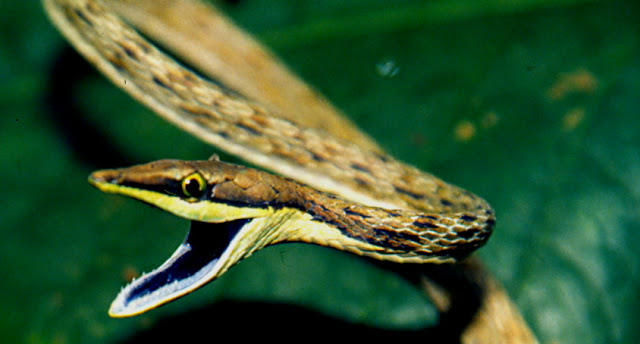 Small frogs and lizards are easy prey for this lightening fast predator, a Brown Vine Snake. It is mildly venomous and looks downright dangerous when it opens it's jet black mouth. This snake was all bluff, it never actually tried to bite me.

You better not call this snake's bluff. It  is both brightly colored, and dangerously venomous.
As a teenager, I saw one of these Eye-lash Vipers in the Los Angeles Zoo. It took my breath away. I dreamed about how awesome it would be to go to the jungle and see this snake in it's natural environment.
When I finally did find one, I almost jumped for joy. I was seriously tempted to try to smuggle this guy home with me when I found it in the mid 1990's. Luckily I'm not completely insane, so I left it behind. It never actually struck at me. On my last trip to Cahuita, I found this even larger Eye-lash Viper. It did strike at me but I was well out of strike range so, no worries. You can easily see the heat sensing pit between it's eye and nostril. 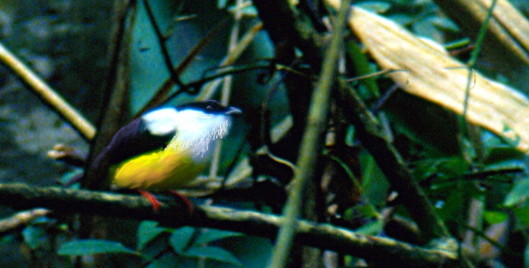 Male White-collared Manikins display to females in pairs where two males hop back and forth between two branches at lightening speed, all the while snapping their wings loudly.

This Barred Antshrike was not in Cahuita, but it was in the Carribean lowlands. 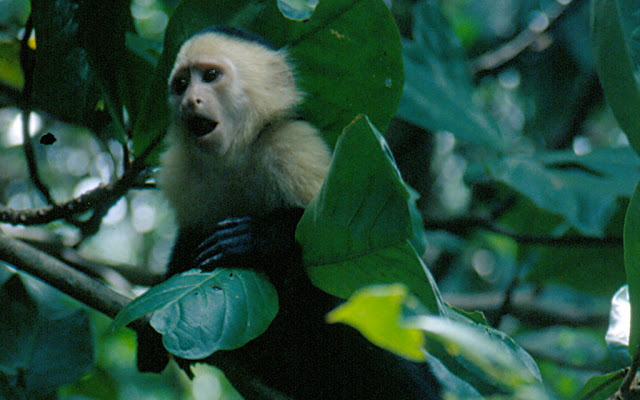 White-faced Capuchins are amusing to watch, just like all monkeys.
Posted by john at 4:16 PM