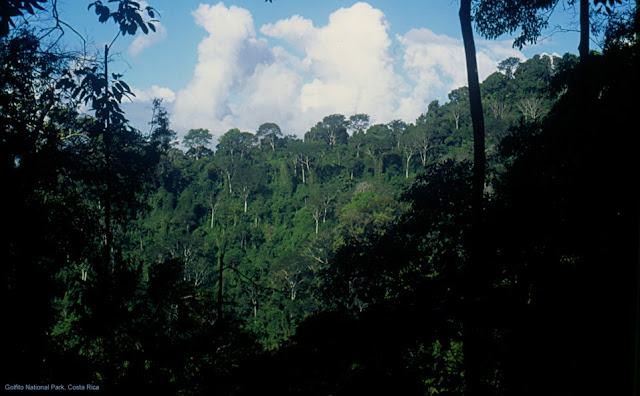 Golfito is a smallish town right on the Pacific Coast in the far south of Costa Rica. The town was originally built by the Dole company, that was then called the United Fruit Company, ( I believe). It was a company town that exported bananas until the big corporation moved on. The older homes and buildings are nicer than the average for that part of the world. The hills above town have good rainforest that has been protected as a watershed for the town. Needless to say, the birding around there is great. It is also very hot and humid. 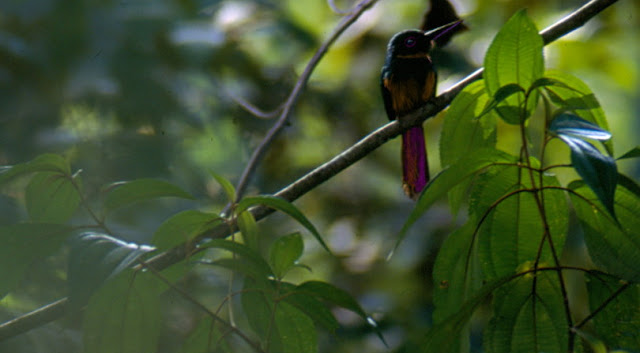 One of the exotic birds of the forest is the glittery, Rufous-tailed Jacamar. 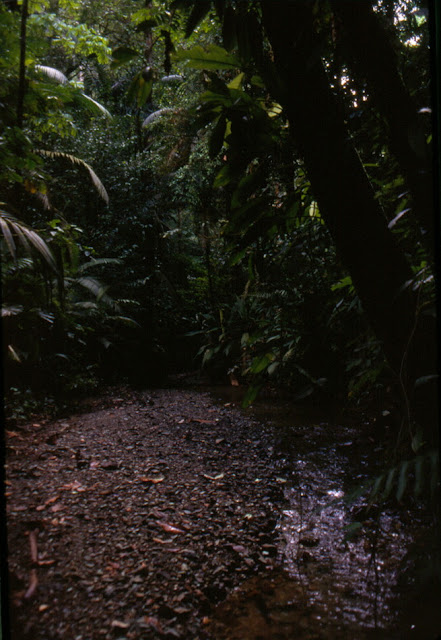 One day I decided to follow this small stream in the rainforest all the way to it's source. It was a little bit scary going so far into the forest by myself. I saw many birds. The best were crested Guans, Brown-billed Scythbill, and one of Costa Rica's two endemics, Black-faced Ant Tanager. The other endemic, Coppery-headed Emerald is a hummingbird that I saw in Monteverde. 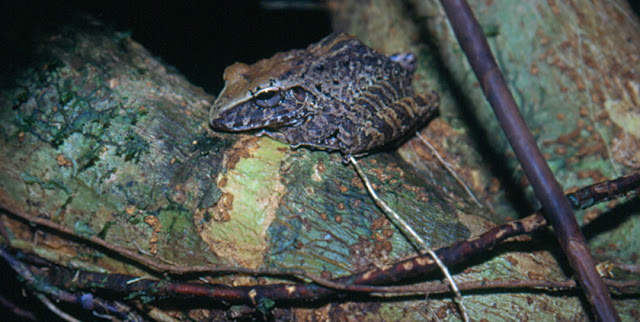 There were a number of mystery frogs like this one, in the stream, and in the low branches next to it. 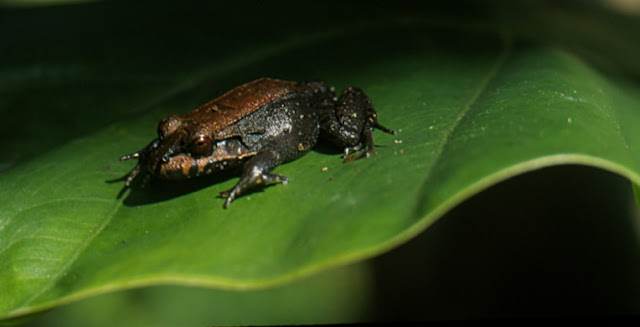 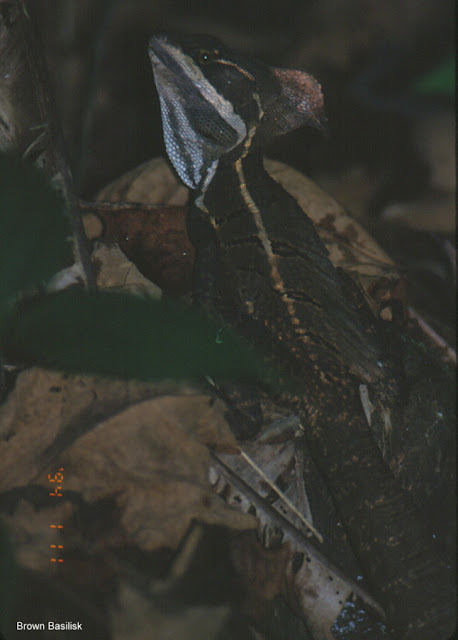 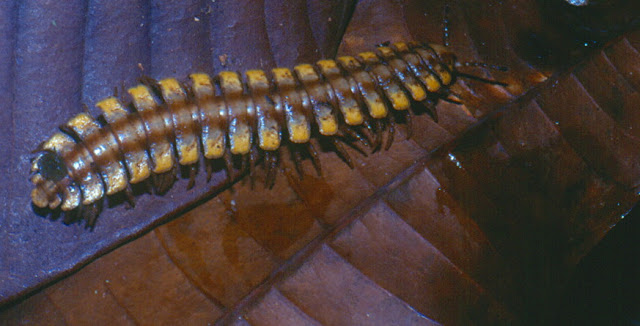 A large and creepy looking, (but harmless) millipede. 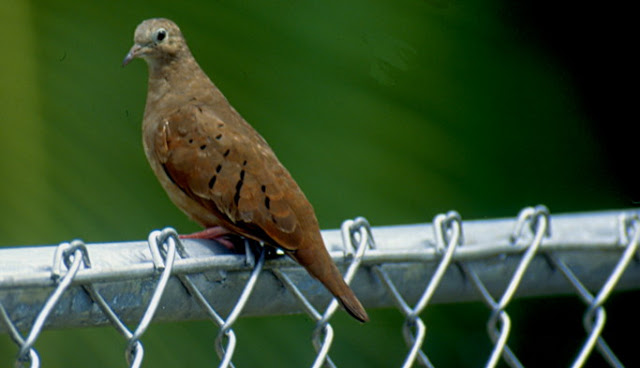 There were a few Spectacled Caimans in a small pond on the edge of town.

Fiery-billed Aracaris are also common in Golfito along with Chestnut-mandibled Toucans. 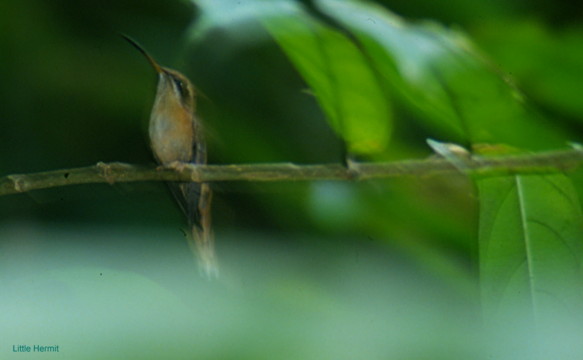 The Lttle Hermit is a species of hummingbird. This is the only one of this species, I can remember seeing.

This was my first sighting of a White Hawk.

Cherrie's Tanagers are very common all around the region. 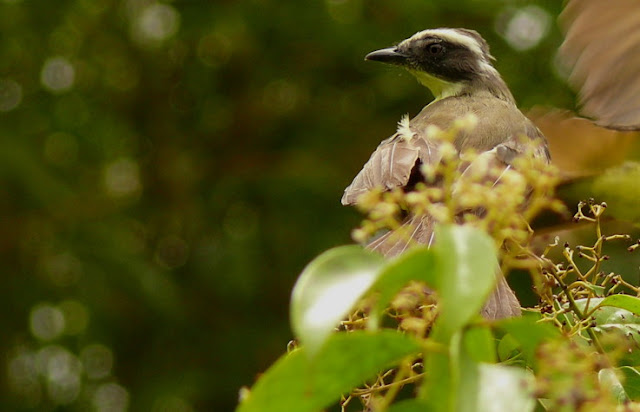 Social Flycatchers are common city dwellers throughout much of the Neotropics. 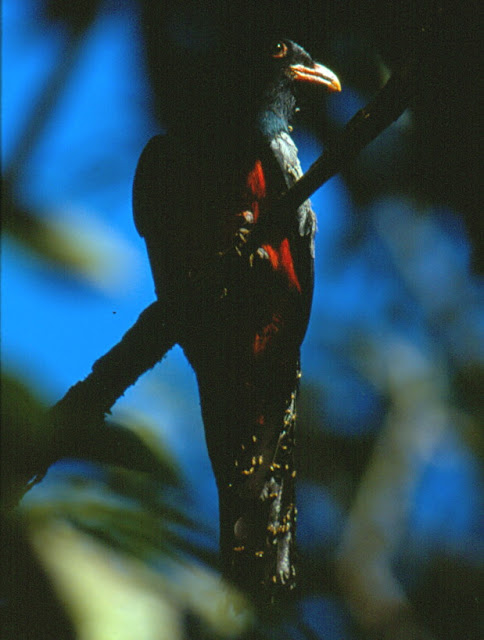 One wonderful experience I had was the day I found a pair of Slaty-tailed Trogons excavating their own nest in a termite nest. It was right above the road behind the soccer, (football) field. This is the male. Notice the termites clinging to his tail. He did almost all the work while the female patiently watched, and helped when the male paused to catch his breath. They both ignored me. I wish I could go back to that scene with the camera I have now.
Posted by john at 12:48 AM

Thanks for sharing John...very interesting about the Trogons...I can't imagine having those bugs clinging to me like that! ouch!