Back to C.R. Atlantic Slope 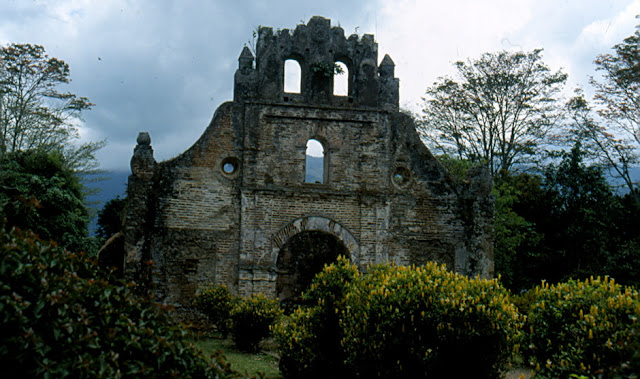 This is the oldest church in Costa Rica. Built in 1605, this church at Ujarras has been mostly destroyed by earthquakes. This has been the fate of virtually all of the early colonial Spanish churches in Costa Rica.

One new bird species that I saw on the grounds of the Ujarras church was this Chestnut-headed Oropendela. The larger Montezuma's Oropendela is abundant in much of the country. 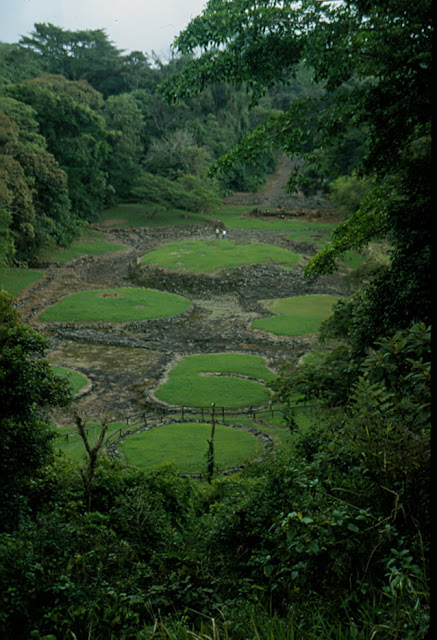 It does'nt look like much, but Guayabo National Monument is the largest Pre-columbian Archealogical site in Costa Rica. All that remains are some foundations, irrigation ditches, and a few crudely sculpted stones. The birding there is great. 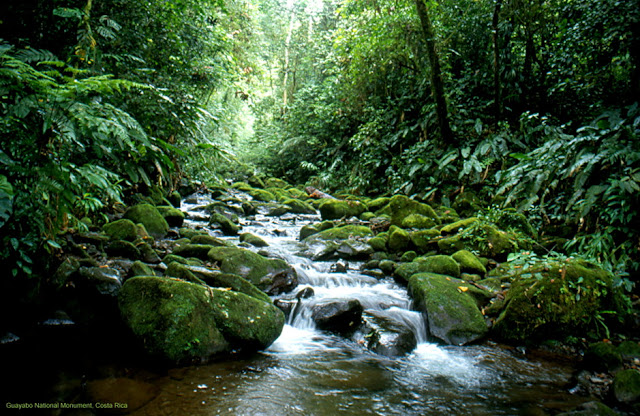 This beautiful stream runs through the monument grounds. It supplied water to the site's original inhabitants.

We saw this Purple Gallinule at the pond in CATIE, which is an agricultural college. 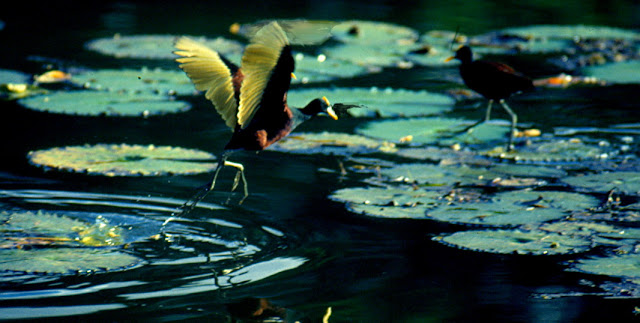 Much of the pond was covered by lily pads. I photographed these Northern Jacanas and set my camera aside to watch their behavior. Suddenly they mated right in front of me, but I did'nt have the camera ready to catch the action.

Broad-winged hawks are probably the most common wintering raptor in Costa Rica.

A common bird in the Atlantic lowlands, Slaty Antshrike. This is the female. I believe that this is called a Mexican Silverspot. The silver spots must be on the underside of it's wings. 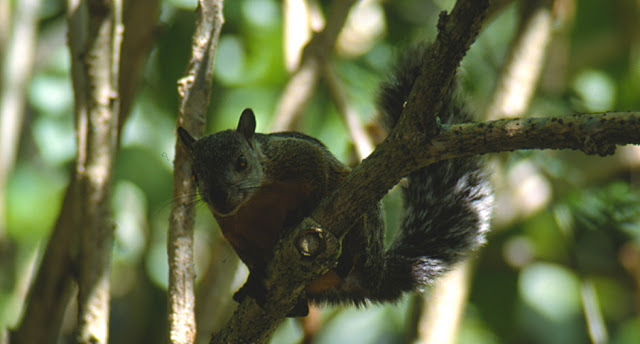 Variegated Squirrels come in a great diversity of color combinations. 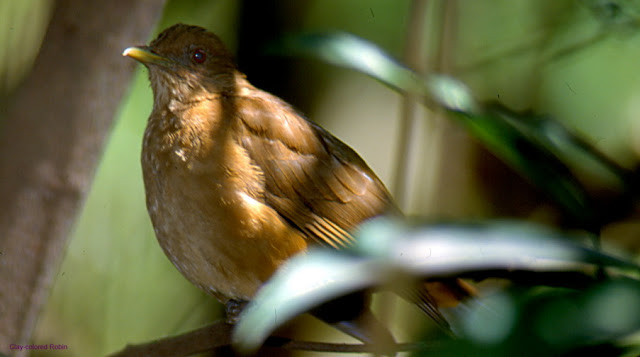 The national bird of Costa Rica is the un-colorful Clay-colored Robin, (thrush). According to folklore, it sings one particualr song in the morning if the day will be clear, and another song it it's going to rain. Coffee Bean harvesters know by the bird's call whether they should go to work or not.
Posted by john at 4:51 PM