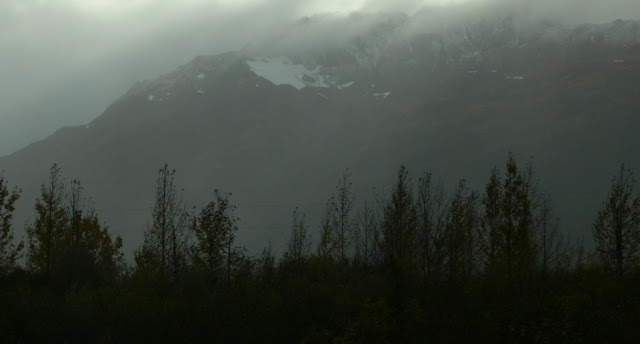 Once upon a time there was the Arts for the Parks Contest. It was THE most prestigious art contest with the possible exception of the Federal Duck Stamp Contest. I entered it four times, and made it into the top 100 twice. Although I was out of the money, the top 100 entries got published in their annual book. When the world's economy, and the art market went down the drain, the Arts for the Parks contest was one of the many casualties.
Well the contest is being resurrected under the name, America's Parks, Through the Beauty of Art. It is open to all artists, and does not have to reflect any particular park. I have been trying to get a nice painting done that might have a shot of getting accepted into the show.
The photo above, taken in Portage, AK. is not much, but I like the misty mountains in the background, although it is too dark and brooding. It is the basis for the background of my first possible entry into the contest. 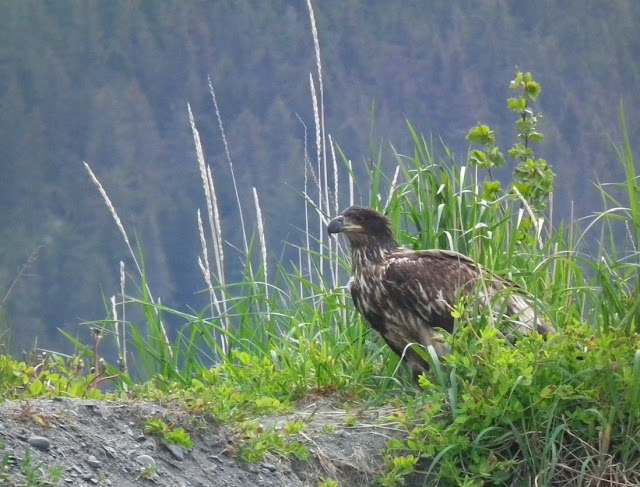 Remember this photo taken in Seward a few months ago? It looks like a good subject for a painting to me. 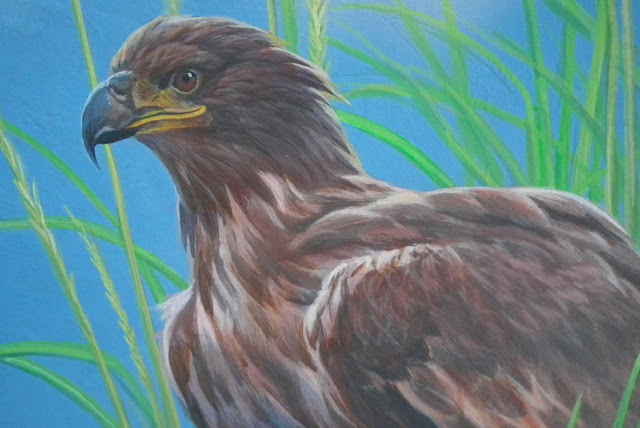 This is a close look at the painting I finished today. 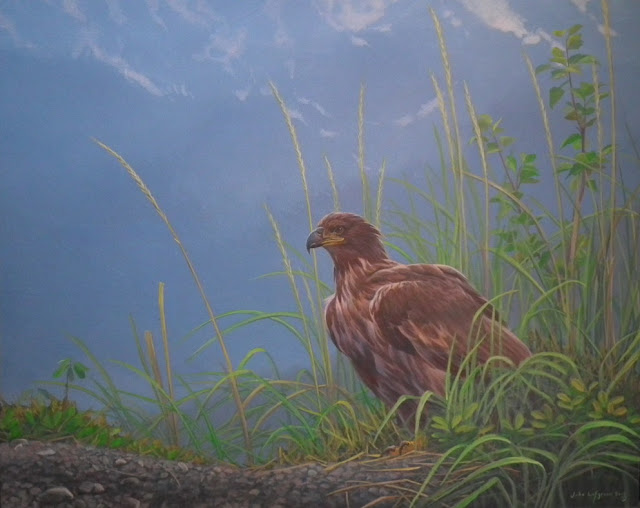 The complete painting. It is 16x20", and does not have a title yet. I like the airiness of the composition. I have another good idea for a painting, so I'll try to get that one done in the next week of so. The best painting will be entered into the contest. Cd's of the images are due by Aug. 31st. 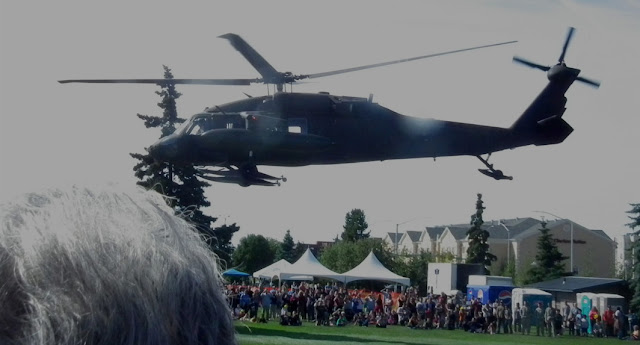 After completing the painting, I headed downtown with a friend, to a renewable energy festival for lunch, and maybe some energy enlightenment. The military landed a helicopter to thrill the children. Today was one of the warmest days of the year, perfect weather. 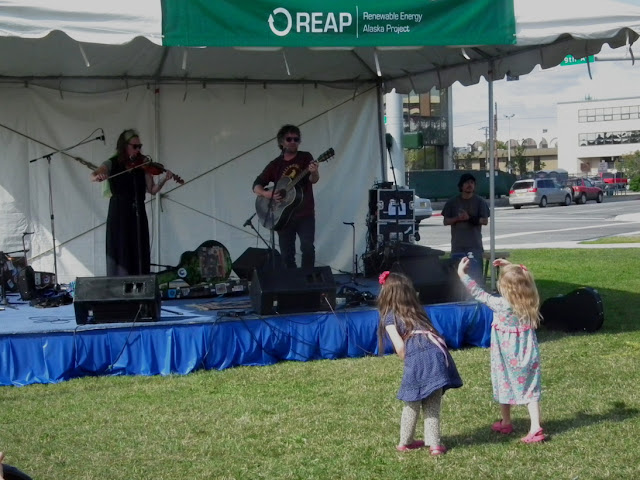 There was lots of live music, and some tasty food. 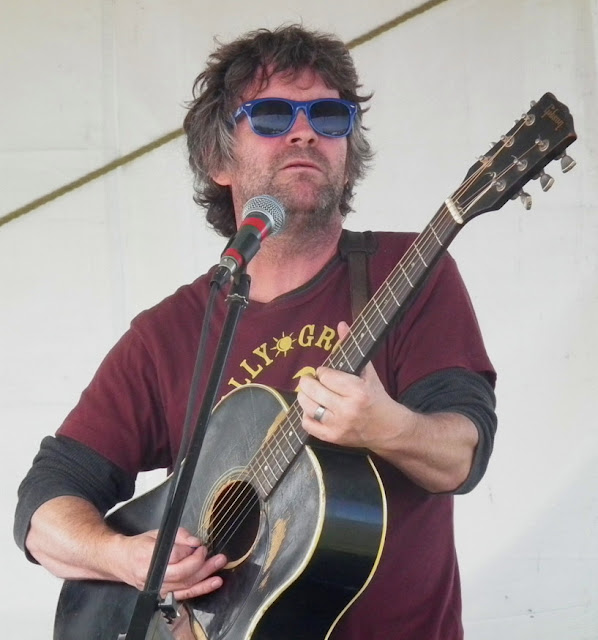 The only musician I had heard of, was the folk singer, Tim Easton. He has had some minor radio hits over the years. Sounds a bit like Bob Dylan, don't they all?
Posted by john at 10:10 PM

Good luck with the contest John. I think your eagle piece is just fab but I am also looking forward to your other piece as I am sure it will be just as good!

Thank you for your coment Colette. I just sent off my entry into the Artists for Conservation show today. I hope it gets there undammaged. I guess that you will be sending your entry in soon enough as well.