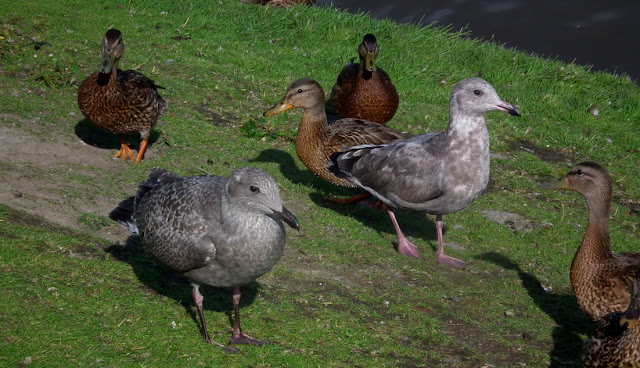 About two weeks ago a local bird expert reported seeing a possible Iceland Gull at Cuddy Family Park in the middle of Anchorage. That would be a new bird for me, but I had too many other commitments, and could not go look for it. Soon the same bird expert and others reported that the bird was still present along with a 1st. Summer California Gull. I have seen plenty of California Gulls, just not in Alaska.
Over the past few weeks, there has been a bit of a hullabaloo on the AK Birding site, about the precise identidy of the Iceland Gull. Gull experts from far and wide have weighed in on the subject. I followed all this with interest, but still could not make time to go to Cuddy Park. It turns out that ornithologists consider the Iceland, Kumlein's, and Thayer's Gulls to be clinal variations of the same species. At least that seems to be the prevailing opinion.
The photo above shows a juvenile Herring Gull, (foreground) and what I thought was the California Gull. Turns out I was wrong. Any bird experts out there care to venture a guess on it's identity? 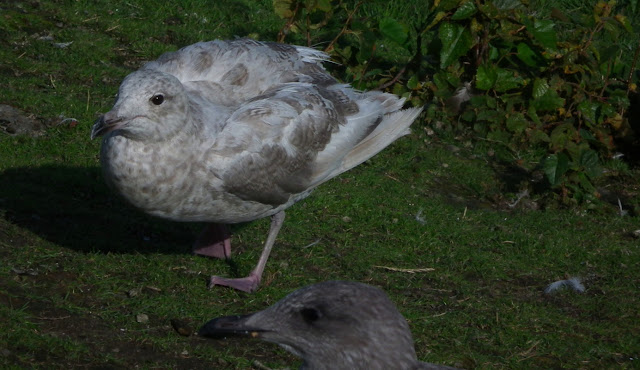 On Monday I finally made time to go to Cuddy Park and photographed this bird, and the previous photo. I thought that this was the 1st Summer, Thayer's/ iceland Gull. I was wrong about this bird as well. I posted these photos on the AK Birding Yahoo Group site, and was informed that I got both identities wrong. Any guesses about what this gull might be?
Well, what I thought was the California Gull was in fact, a 2nd Summer Herring Gull, and this is a 1st Summer Glaucous-winged Gull. Both species are very common around here, and I embarrased myself in front of the local birding community by mis-identifying these birds. I usually just ignore sub-adult gulls. 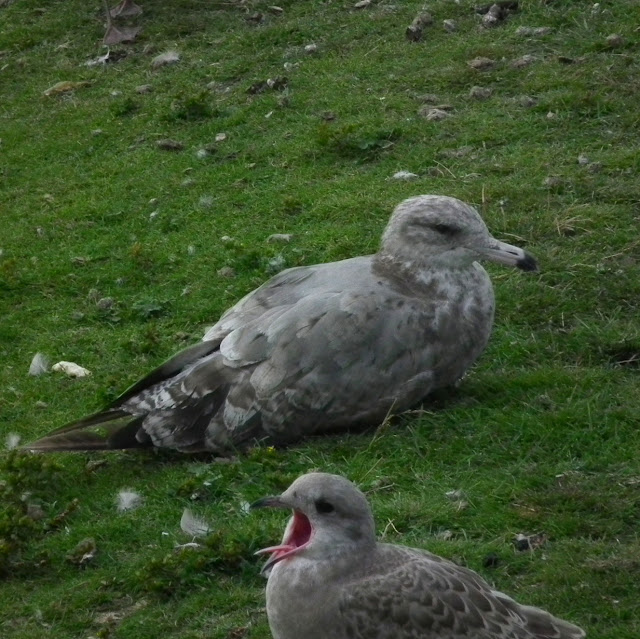 Today I made it back to the park to try my luck again. The bottom gull in the photo, yawning, is a typical, juvenile Mew Gull, and the top gull is the real California Gull. Compare it's markings to the top photo. Not much difference is there? 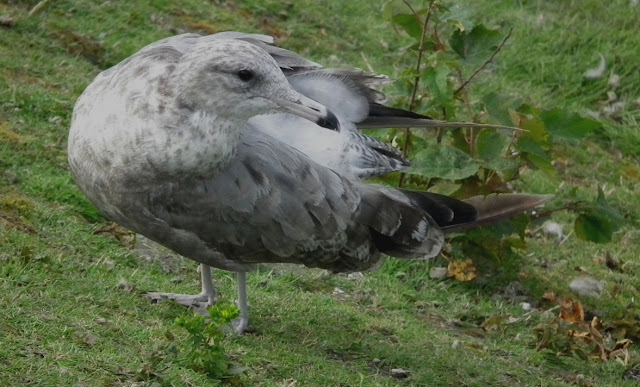 Another look at the 1st Summer California Gull. 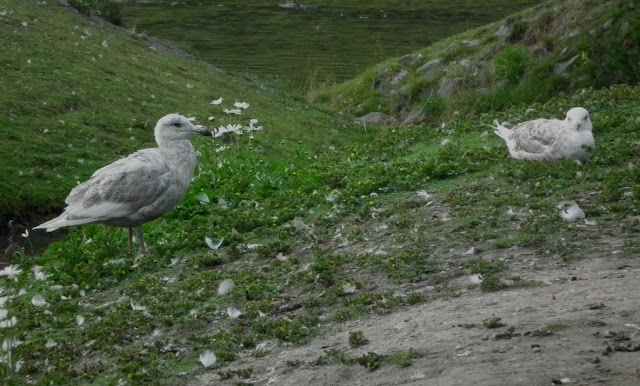 Both Glaucous-winged, and Herring Gulls are distinguished by their large size. Thayer's Gulls are noticably smaller. This photo shows the 1st Summer Glaucous-winged Gull, (left) ad 1st Summer Thayer's/ iceland Gull on the right. Their plummage is virtually identical. 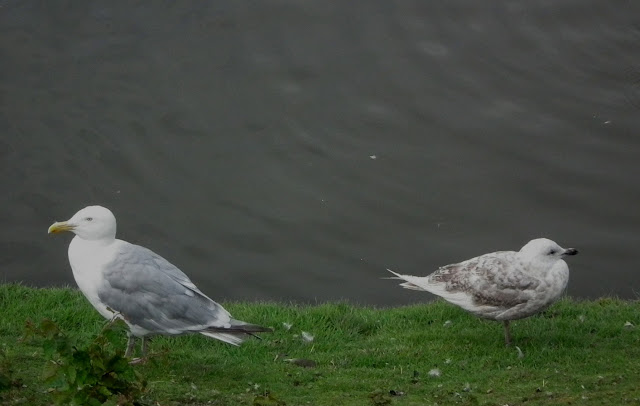 This is another photo of the Thayer's Gull next to an adult Herring Gull, (left).

This young Thayer's Gull deserves it's own portrait. So, I dont get to call this bird a lifer because I saw an adult Thayer's last Summer. I do get to add California Gull to my Alaska bird list. 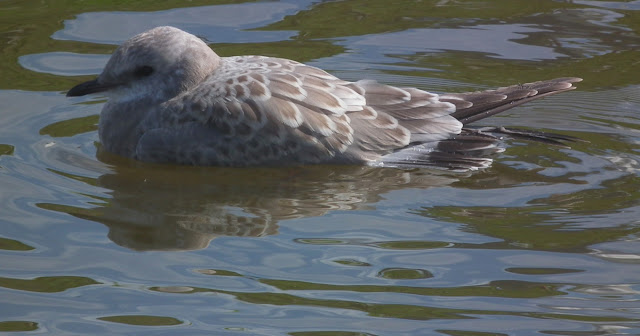 Is your head spinning with all this mind-numbing detail about sub-adult gull identification? I'll end this post with a shot of a humble, juv. Mew Gull.
Posted by john at 10:45 PM